BILLINGS — When they are just starting out, many rodeo cowboys and cowgirls dream of making it to the Wrangler National Finals Rodeo.

The young competitors hope to hit the rodeo trail and qualify for the championship finale. Many never make it to Las Vegas to compete at the NFR. Some make it once, twice or a handful of times.

“It’s huge honestly,” Bennett told The Billings Gazette and 406mtsports.com. “Getting here once or twice is hard enough. It takes a lot, physically, mentally and emotionally and not just by myself, but my wife (Savannah). To get here 10 times in a row is unbelievable.

“I had planned to see this day, but now that it’s here I can’t believe it. My 10th one and I don’t think I’ll stop there.”

Bennett, 34, had previously qualified for the NFR from 2012-2019 and he also made it to the big dance in 2021, when he finished ninth in the world standings.

If he is lucky enough to stay healthy, Bennett hopes to qualify and compete at the NFR at least five more times.

“A goal in the back of my mind is I want 15 of them,” Bennett said of his target for total NFR appearances. “I’ll keep aiming at that goal and hope to get five more before I decide to hang it up. If I continue to make a living, and stay healthy I’ll keep after it.”

“It truly is anybody’s game. There is so much money every night and the average,” Bennett said. “The biggest thing for me is to cross my fingers and pray I draw the right horse and take advantage of them.”

While Bennett will be trying to overtake the leaderboard from the 23-year-old Reiner, the two cowboys are friends and have traveled together to rodeos late in the season before.

“We end up jumping in with each other at rodeos and go to them at the end of the year together,” said Bennett. “I like the heck out of Cole. He’s a really good guy and rides really good. He’s a young up-and-comer that keeps me fired up. He’s really good at it.”

“Yeah, just like anybody else heading down here if you are coming down to take second you are coming for the wrong reasons,” he said. “I’m focused on going down there and bringing the gold buckle to Montana.”

That being said, Bennett knows that to reach his goal of a world title he needs to focus. He plans on giving his all each and every ride of the 10-night NFR.

“My main goal is to take it one horse at a time and capitalize on each round,” he said. “One horse, one round at a time.”

Bennett, originally from Tremonton, Utah, has lived in Corvallis for approximately four years.

“That old famous saying, love knows no boundaries,” he explained of settling in Corvallis. Savannah is from Salmon, Idaho, which is approximately 99 miles from Corvallis. Caleb and Savannah have been married for three years.

“I can rodeo from anywhere so there is no better place to go than Montana,” Bennett said.

The couple has enjoyed living in the Treasure State — “We both really love it,” said Caleb. “The place we have, the property we have, the views it’s awesome. And the people. It’s truly unlike anyplace I’ve ever been. It’s Big Sky Country. I love it.”

This year Bennett said he underwent elbow surgery in April to remove approximately 17 chips and scar tissue from the joint. He missed eight weeks and said the time away from rodeo allowed his body to heal and his mind to clear.

“When I came back in June, I was ready to rock. The other guys were beat up and I was ready,” he said.

Among Bennett’s wins this season were the Montana Pro Rodeo Circuit Finals in Great Falls, the Wolf Point Wild Horse Stampede, the Central Montana rodeo in Lewistown, the Northeast Montana Fair & Rodeo in Glasgow, the Yellowstone River Roundup in Billings, the Northwest Montana Fair and Rodeo in Kalispell and the Meagher County Labor Day Rodeo in White Sulphur Springs. He was the co-champion at the Bozeman Stampede.

While some who live in Montana would call traveling to Las Vegas in early December a vacation, Bennett has a job to do in the Gambling Capital of the World.

While in Vegas, many have fun at the casinos, enjoy a show, the food and a beverage or two. But while Bennett is in Sin City he plans on keeping his focus on the rodeo arena. He said eating right and getting the proper amount of rest will be key to chasing the championship buckle.

“It dang sure takes a toll mentally and physically on a guy. It is so repetitive,” Bennett said of the 10 consecutive nights of rodeo action. “I crave it and live it and love it. Every night it’s the same energy and lights a fire under your butt.

“I’m down here for business. We all like to have fun, but I’m down here for a job. Once the rodeo gets started, it’s all business with one thing on my mind for 10 days and that’s the way I’ll keep it.”

This Day in History: First Winter Olympics take place in the French Alps

This Day in History: First Winter Olympics take place in the French Alps 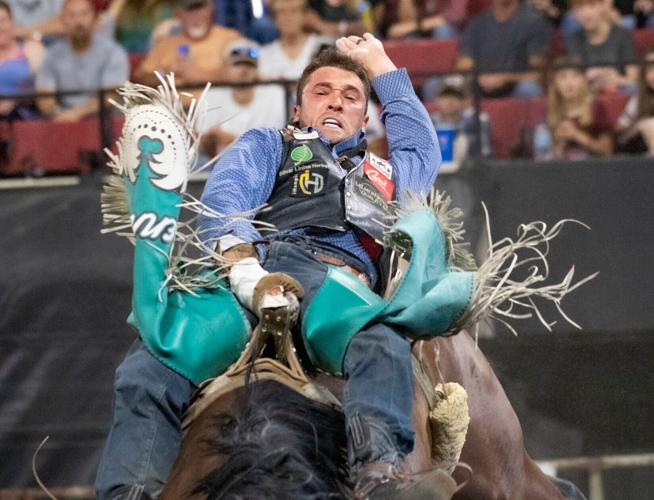 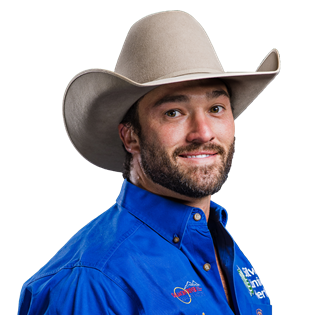