The Latest: More than 1,000 people march in Raleigh

Late update: Curfews fail, protests over police killings rage on in dozens of US cities 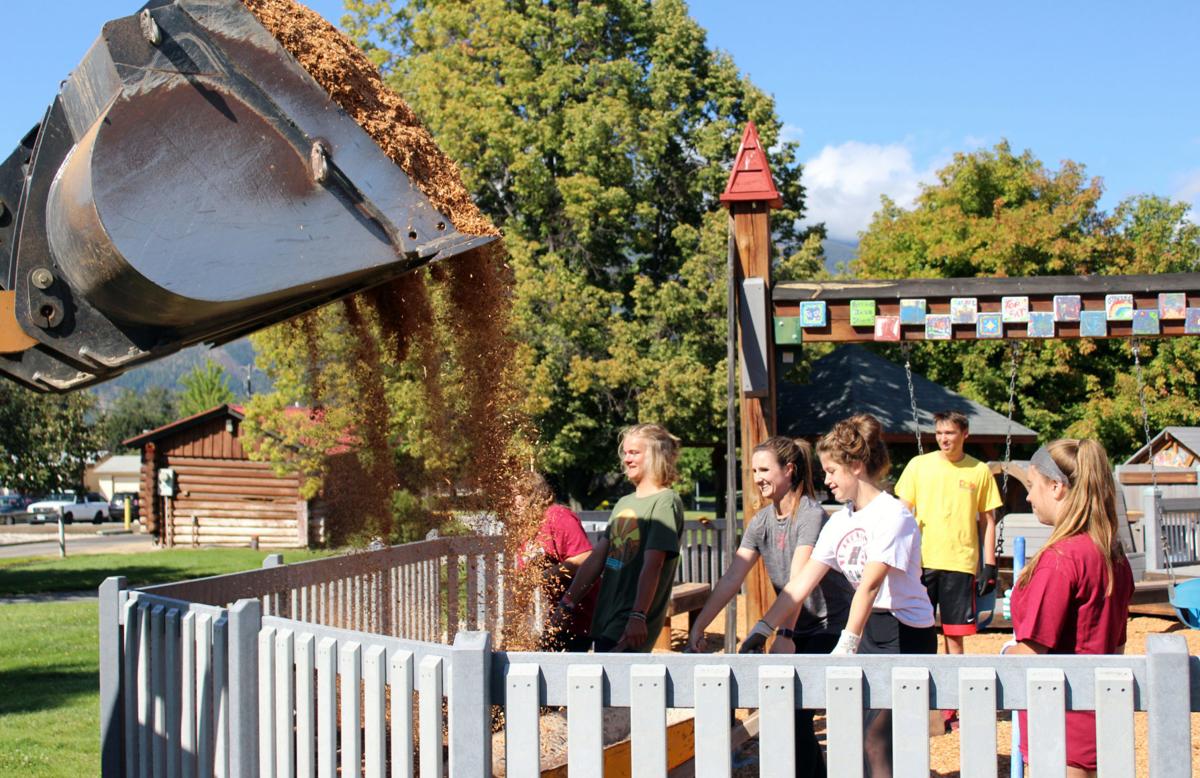 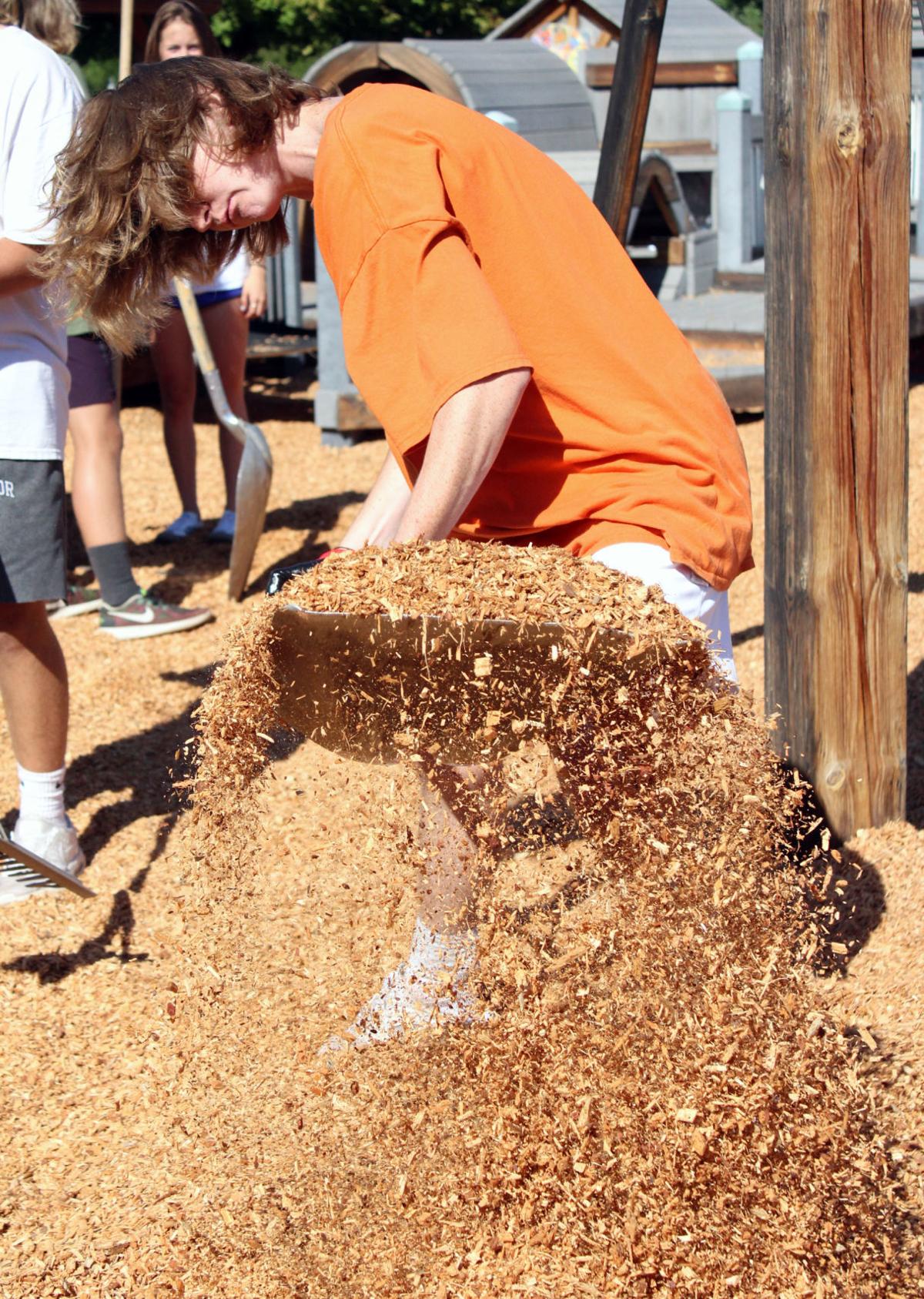 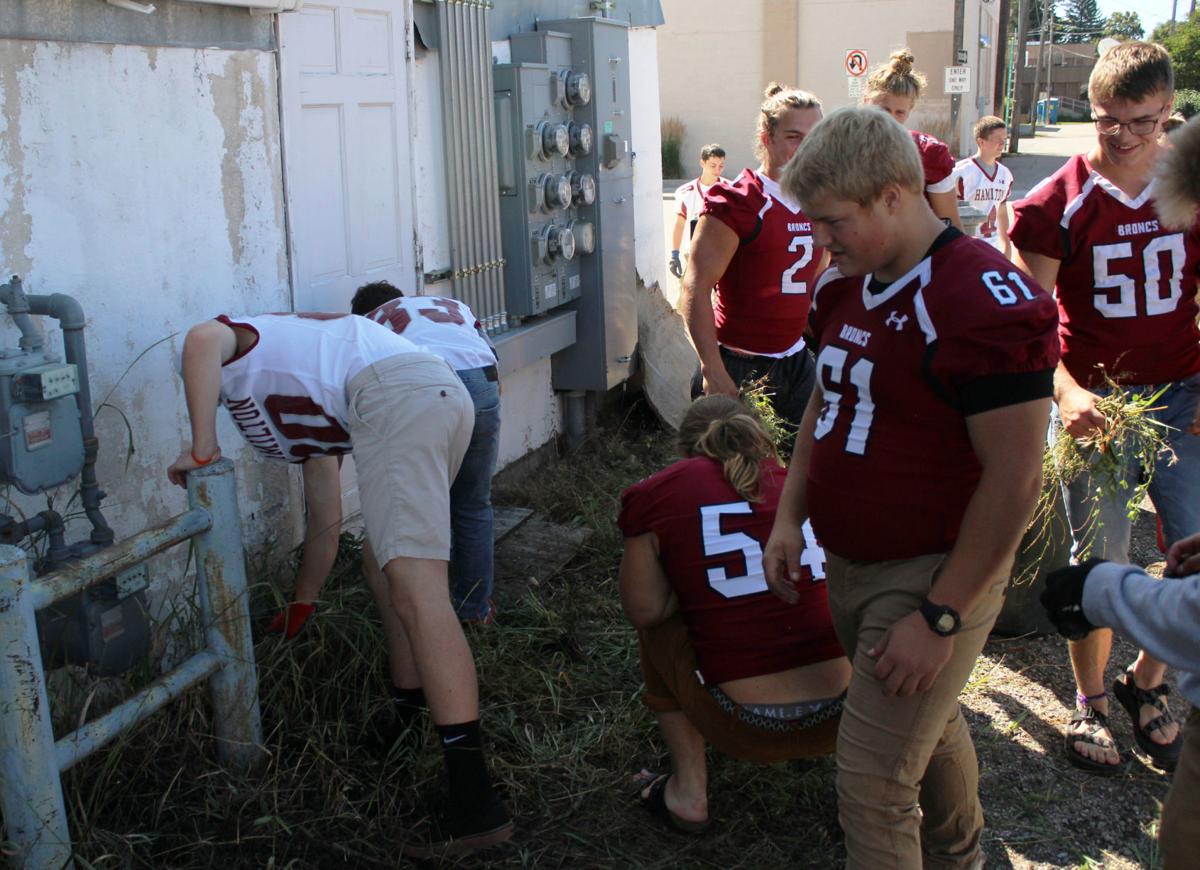 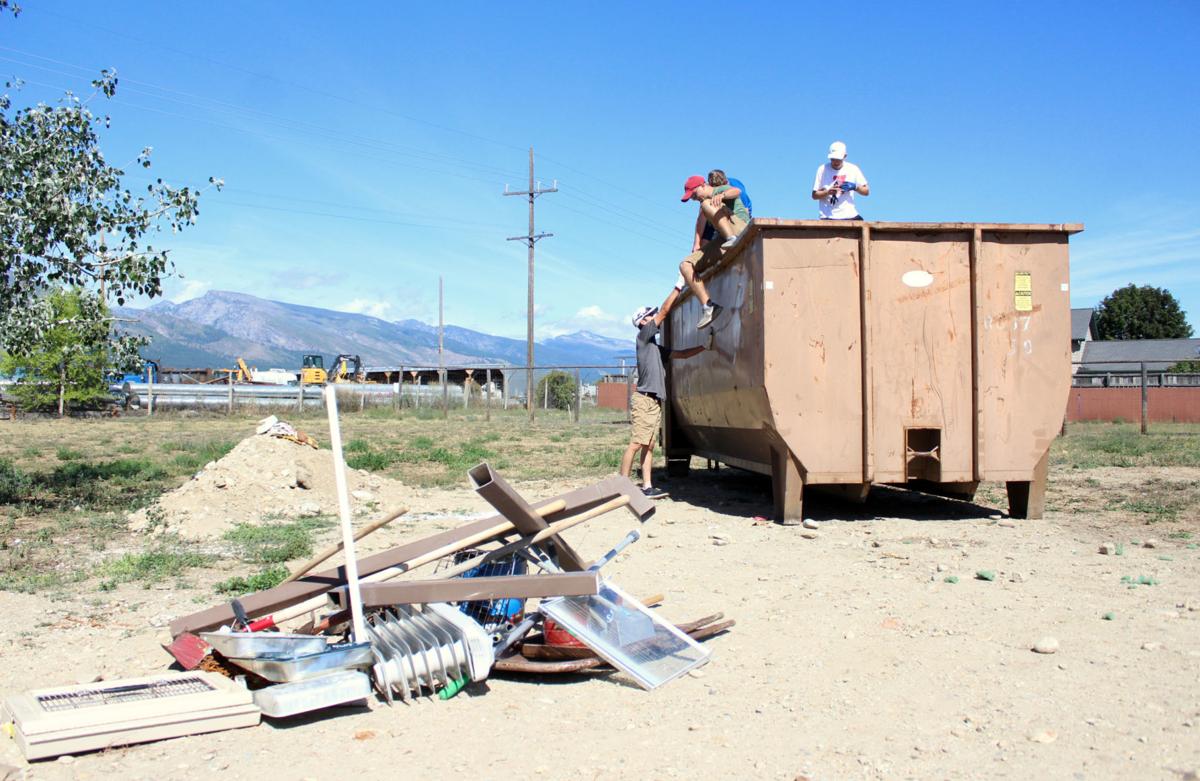 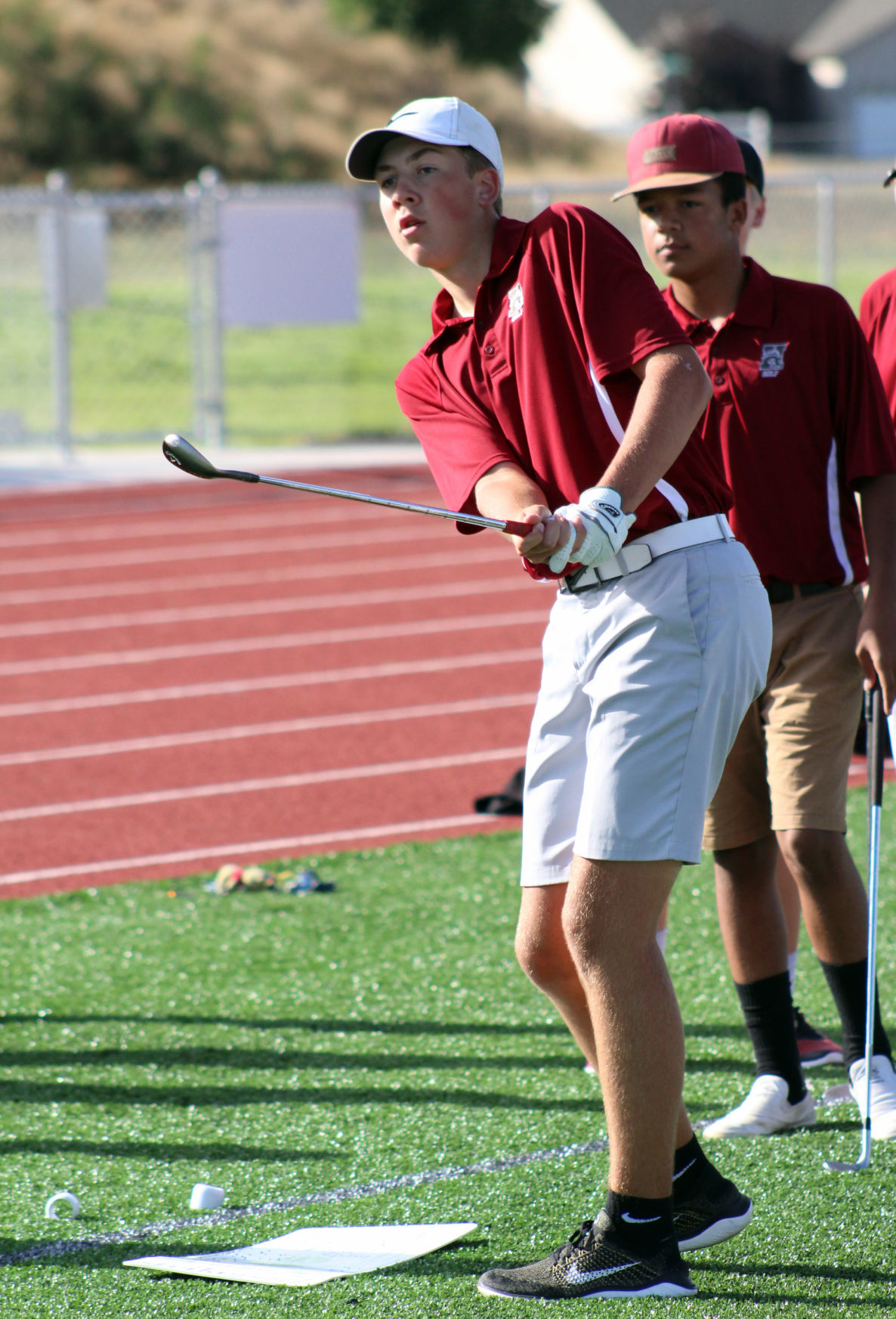 Hamilton's Tanner Hanson takes a shot Friday during a chipping contest at halftime of the Broncs girls soccer scrimmage. 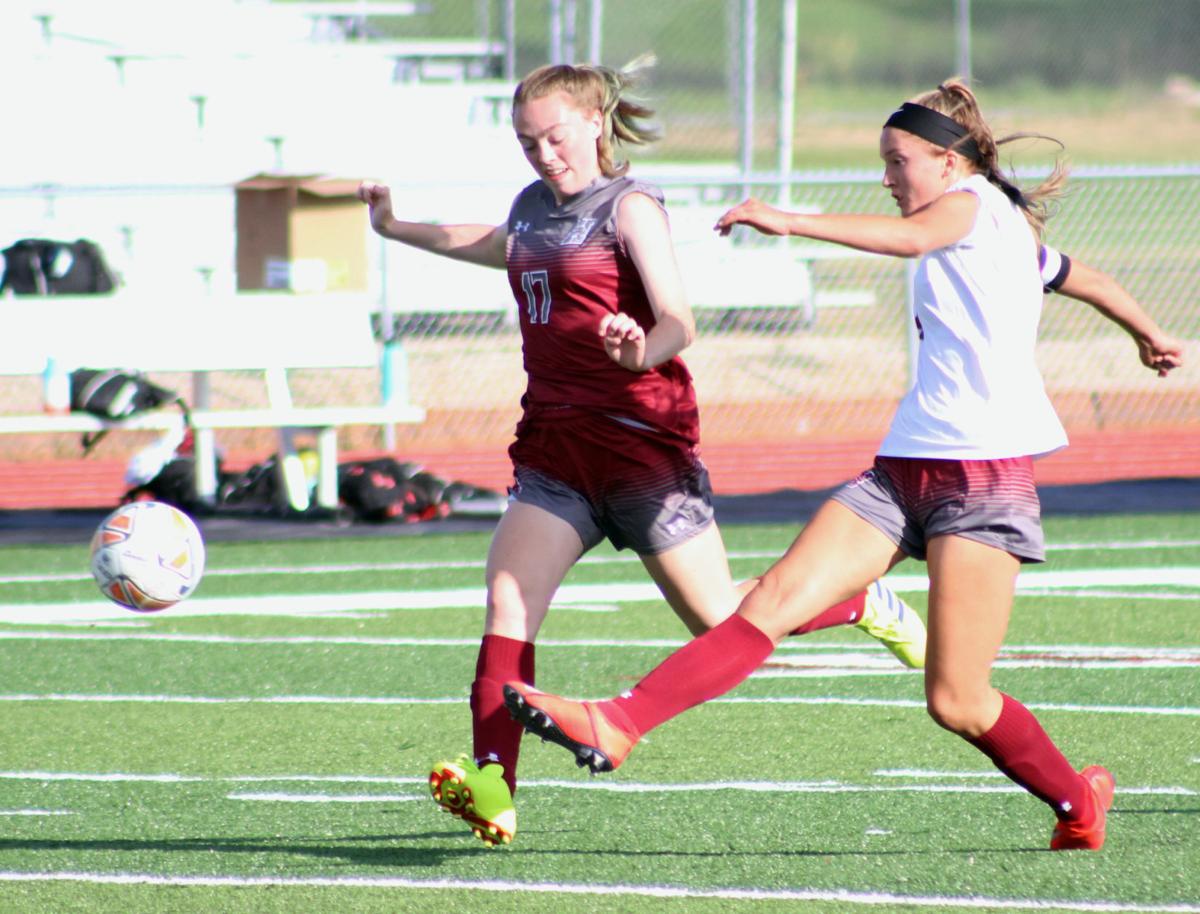 HAMILTON — For the Hamilton boys' soccer team, work began even before they and the girls' soccer team started spreading wood chips at the Claudia Driscoll Park playground.

Coach Randy Lint had his team run the nearly two miles from the high school to the park for a little conditioning before the school's fall athletic program-wide community service blitz on Friday. The warmup only seemed to aid the work ethic.

"We're happy to be out here and happy to help out the community and show our love and support for Hamilton," Hamilton senior boys' soccer player Ayrton Duncan said. "We're excited to be helping out our community ... We're excited for the season and ready to kick some butt."

The 200 Hamilton athletes — about 40% of Hamilton High School — did indeed "kick butt" for their community on Friday morning. From 10 a.m. to noon each fall sports program — soccer, golf, football, volleyball, cross country and cheer — took on community service projects ranging from the wood chip spreading at the park to weed picking downtown and with the Bitterroot Land Trust.

The high volume of volunteers allowed completion of a wide scope of projects in a two-hour whirlwind.

"(The city) said a job like that they normally would have had three guys spreading those wood chips all day. We got it done in two hours with 50 soccer players — and we also had a little fun in between," girls soccer coach Angie Fett said. "I think it's important for the kids to see we should be out there supporting our community. Our community supports us so much with donations and fundraisers and everything we have at our stadium is because of the community's support."

That stadium — the still-new Hamilton Athletic Complex — served as the site for all the fall-sports scrimmages outside of volleyball, which opened the scrimmage schedule inside the gym.

At the field, fans were treated to free food, snow cones and could even snag a free T-Shirt marking the first annual scrimmage and service event. Fans also got to see the soccer teams scrimmage, the golf team compete in a chipping contest, cross country run a race and the football team practice.

The scores of the scrimmages didn't matter Friday. Hamilton won.

"I'm really proud of our kids, they worked really hard," Hamilton athletic director Travis Blome said. "They spread out all over the community, and to come out and spend a few hours to give back as much as they can, I was really proud of all of them."

Hamilton won when the golf program cleaned up a back lot at the Bitterroot Humane Society. The golf team moved old refrigerators, dog kennels, hay bales and filled a train-car size dumpster to the brim.

"It's really cool because the Humane Society does so many good things for the community, so it's really nice to be able to give back and help them," Hamilton golf coach Owen Burch said. "The kids did awesome."

Hamilton won when the cross country team ran around the future Skalkaho Bend Park with gloves and shovels to pick weeds.

Hamilton won when the football team — over 60 members strong — blitzed downtown in a weed-picking whirlwind while clad in maroon and white. The town won when the volleyball team swarmed the Sapphire Lutheran Home in a cleanup frenzy and it won when the cheer squad cleaned trash cans at a car wash.

"We're starting what's going to be a really neat tradition here," coach Lint said. "I'm really excited about it. We're glad to be doing something that gets the kids active and out there and puts a positive on Hamilton."

Hamilton's Tanner Hanson takes a shot Friday during a chipping contest at halftime of the Broncs girls soccer scrimmage.