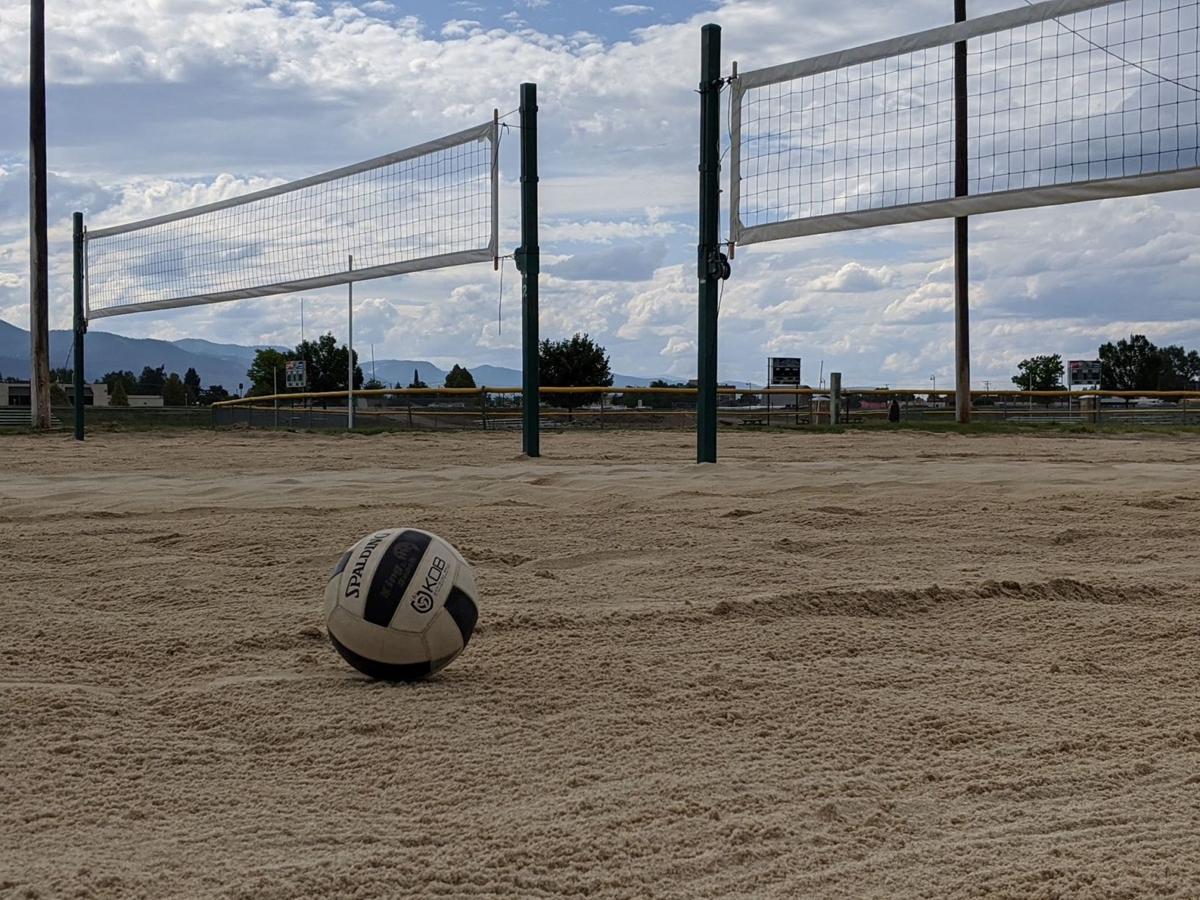 The new sand at Playfair Park is just one of many projects Dig Missoula has been working on. 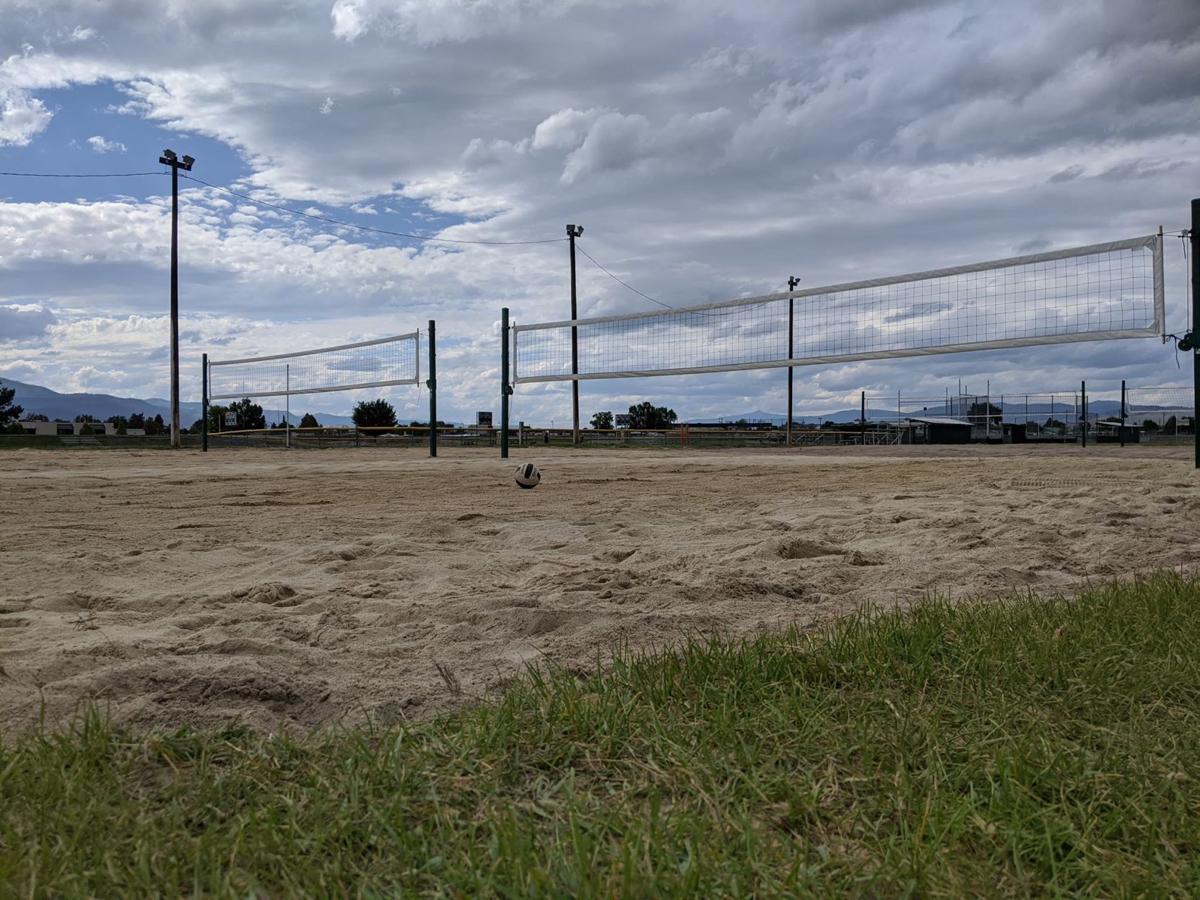 The new sand at one of the courts at Playfair Park is pictured.

MISSOULA — Paul Standen likes the feel of sand under his feet.

If you head over to Playfair Park and wander onto one of the sand volleyball courts that the local volleyball non-profit organization Dig Missoula has helped build — Standen is the president — you might understand.

The sand is two feet deep and extremely soft, making it perfect for volleyball and almost as if one is playing on a beach. Last week the organization revamped a second court at Playfair Park, with plans to add another two down the road.

"These sand courts, before Friday we had people coming from Helena and Flathead to play on these courts,” Standen said on Tuesday. “They’re the best courts in the state and that was on one court. Now we’ve got two. I think it’s only going to pick up more. It’s crazy.”

But why Missoula of all places?

Well it begins with volleyball in Bonner Park 16-odd years ago, but Standen’s love of the sport goes back even farther.

Growing up in northern California, Standen watched sand volleyball explode up and down the coast. He recalls watching beach volleyball legends Sinjin Smith and Karch Kiraly revolutionize and help expand the sport.

That’s not even to mention all the time Standen spent on the Quad at Stanford, playing in game after game as his love for the sport grew.

Seventeen years ago, Standen, now 58, and his family moved to Missoula.

“My wife was my ticket into Montana, don’t hate on me,” Standen said laughing. “She grew up in Great Falls. We moved back here and I just started this thing organically, playing at Bonner Park.”

It was not long before ideas started bursting through his head.

“I didn’t have any sand here, but I had my volleyball net,” Standen said. “I just started meeting people playing volleyball and a couple of us started getting things going.”

Volleyball at Bonner Park was his first introduction to the strong subculture that surrounds the sport in Missoula. Various sand and grass volleyball groups run throughout the city, some more organized than others.

In 2015, Standen caught wind of a project that he immediately was excited about. Fort Missoula was going to get a $38 million renovation project that massively expanded the city’s ability for recreational athletic events.

Standen saw the plans and he lit up.

“I saw a volleyball tournament there immediately,” Standen said. “And with the network that I had at that point, I started talking with people. Two years ahead I had those conversations and just organically people started coming into my board of directors and these are all passionate volleyball friends that I met over the years.”

Those conversations turned into Dig Missoula, a non-profit with the goal of “building the community through volleyball,” which incidentally also became the organization’s tagline.

Friends became board members, including Charlene Hubbard. An assistant coach at Missoula Big Sky, Hubbard has been around the sport pretty much as long as she can remember.

One night at a Sunday volleyball league, Standen spoke to her and asked if she might want to join Dig Missoula. She accepted and now does a variety of things for the organization, including social media.

Co-ed Recreational has since been added, meant for players with minimal experience, and has been tremendously popular.

Quite a few things have been added since the inaugural tournament in July of 2020, actually. A member of the board, former Missoula Hellgate volleyball coach Libby Schneider, suggested a scholarship program and free youth volleyball clinic for kids under 12.

The volleyball clinic started this year before being halted by COVID-19, with the scholarship having already been awarded to two different local high school students in 2018 and 2019 with plans to continue this program.

Different people head up different things in the organization and subcommittees are everywhere. The overseeing board is at 12 people.

“My committee, I cannot stress this enough, my committee are the ones that are dedicated to this thing,” Standen said. “It’s my committee. This does not happen without my committee, my board of directors and I love them dearly for it.”

Getting the final two courts in at Playfair Park along with some lights is likely going to cost around $25,000. It’s a significant amount of money, but Dig Missoula has found allies in the Missoula City Parks Department and among local businesses as well.

As the tournament has grown, so have sponsorships. Standen said that 300 people were at the tournament in 2019 and he was expecting a higher number of players this year before the coronavirus caused the cancellation of the tournament.

Standen would like Dig Missoula’s tournament to be on par with something like the Spokane Sizzler and Spokane Spike and Dig, two of the biggest grass volleyball tournaments in the Pacific Northwest.

“Missoula could become a destination for that as well, the tournaments that we do,” Standen said. “We’re just on an upward curve.”

That’s the future Standen sees for his organization and hopes that it can be a boost to local businesses as well — he’s had teams sign up for their tournament from as far away as Seattle and Boise.

He has also had some of the foremost names in volleyball contact the organization as well. Kerri Walsh, a three-time gold medalist and one of the most recognizable names in the sport, recently started a digital media company centered around beach volleyball.

They reached out to Dig Missoula to ask if they would be their representative in Montana.

Adam Johnson, who is in the top-10 for wins among beach volleyball players all time, also has reached out and would like to do a clinic in Missoula.

“I can’t believe where we’ve gone with this,” Standen said.

While the coronavirus has shuttered most of what Dig Missoula had planned for the summer, they’re holding out hope for a small fall tournament.

Adding the new sand to a second court at Playfair certainly helped and he was astounded by how many people came to help out. The future is bright for the organization and Standen is looking to bounce back with a big summer of 2021.

“We’re not going away for crying out loud,” Standen said. “We just spent $12,000 on sand at Playfair Park. I’m not going anywhere man.”

Jordan Hansen covers a bunch of stuff for the Missoulian and 406 Sports. Shout at him on Twitter @jordyhansen or shoot him an email at Jordan.Hansen@406mtsports.com

Eureka has a new volleyball coach in Todd Brouillette. He has high hopes for the Lions in 2020.

The new sand at Playfair Park is just one of many projects Dig Missoula has been working on.

The new sand at one of the courts at Playfair Park is pictured.