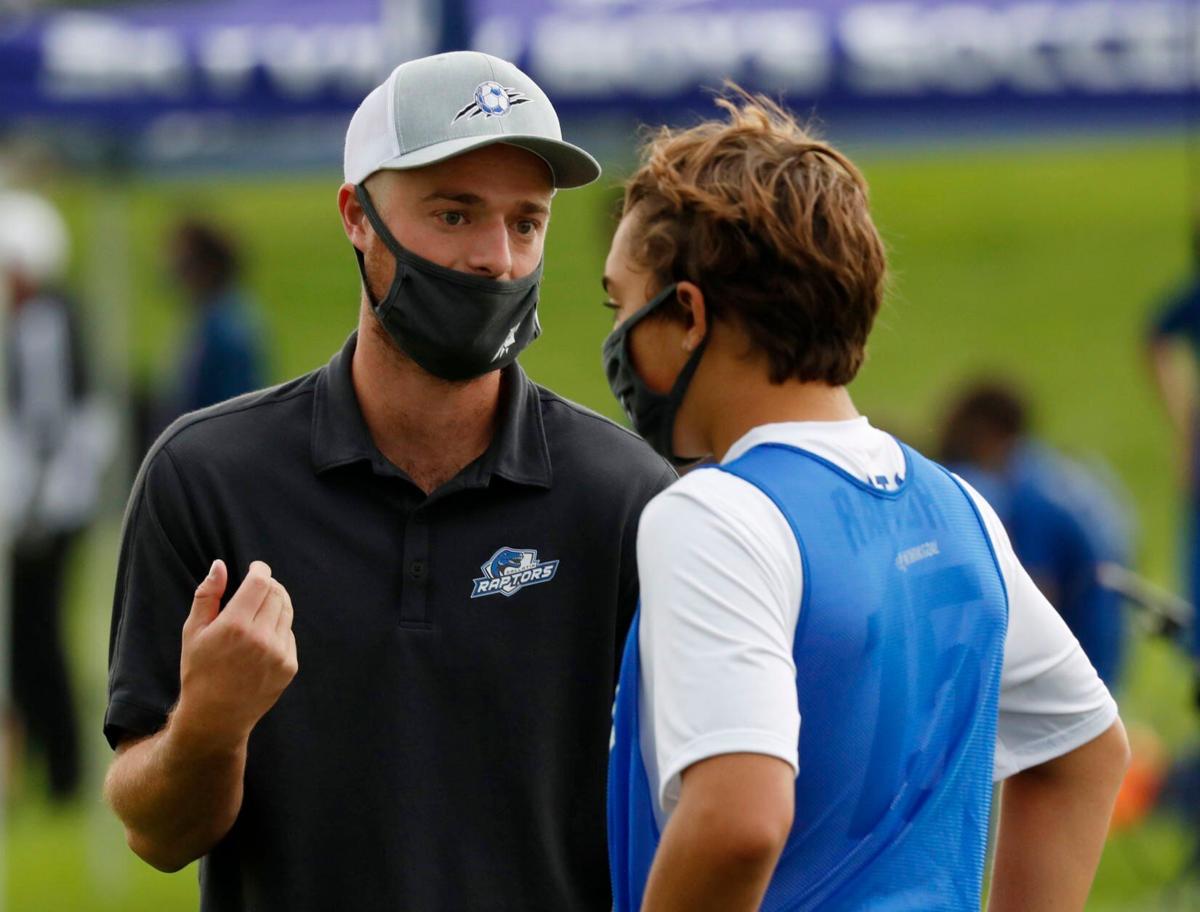 Bozeman Gallatin boys soccer coach Ben Hietala talks with Dylan Nelson before the game against Billings Skyview at Amend Park that was cut short by weather on Thursday, Aug. 27, 2020. 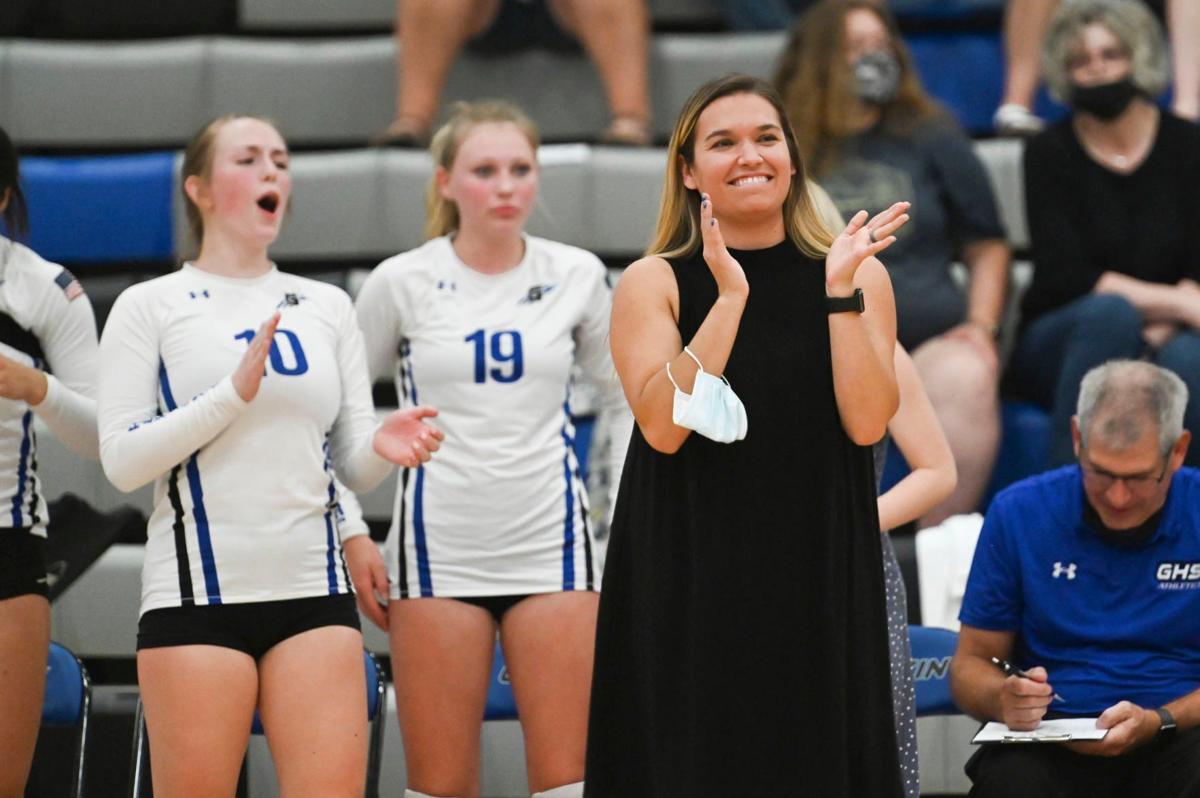 Gallatin head coach Ashley Obstar cheers on her team during a match against Billings West on Sept. 9.

Hietala, who previously played at Bozeman High and coached the freshman and sophomore team there, was the first head coach of the Raptors boys program. He went 13-13-1 in two seasons coaching Gallatin.

“It was a very difficult decision to leave, especially a head coaching position at this beautiful new school,” Hietala said. “But it's a decision I have to make for my personal journey.”

Hietala, who has an undergraduate psychology degree from Montana State, said he plans to move to Los Angeles to pursue a master’s degree in clinical psychology at Antioch University. At the same time, he plans to work at a residential treatment facility to help teenagers and young adults struggling with mental health.

Hietala said he was called to that line of work in part because of how valuable he found counselors and therapists to be when he’s struggled with depression and anxiety in his own life, particularly as a college soccer player.

“I've seen the positive benefits a mental health counselor can make,” he said. “I pretty quickly realized my passion was working with teenagers who are struggling.”

Hietala said he plans to take at least a year off from coaching soccer, but it’s something he wants to keep doing later in life.

He starred for Bozeman from 2011-14 and helped the Hawks to Class AA championships in his final three seasons. He was named all-state as a junior (15 goals, 11 assists) and senior (26 goals, eight assists). He finished his career with 47 goals and 22 assists and was named the Gatorade Boys Soccer Player of the Year in Montana in 2014.

He coached Bozeman’s freshman and sophomore team from 2018-19 before taking over at Gallatin.

As coach of the Raptors, the team went 4-8-1 in 2020 and 9-5 this past season. In its first year, Gallatin earned the Eastern AA’s sixth seed and lost a playoff game against Billings West on penalty kicks. In 2021, Gallatin was the Eastern AA’s third seed, and the Raptors defeated Belgrade 2-0 in the first round of the playoffs. They then lost 2-1 to Kalispell Glacier, the eventual Class AA runner-up, in the next round.

Hietala said the decision to leave was made tougher by knowing soccer is growing in the Gallatin Valley and the sport already has a very supportive community here. He said he was “very, very grateful” to have been the first Raptors coach.

“Both the Bozeman High Hawks and now the Gallatin High Raptors will have my heart forever,” he said.

After previously coaching at Bozeman and taking the Hawks program to the state tournament twice, Obstar served as the first coach of the Raptors program that started in 2020.

In both of her seasons, Gallatin finished the regular season in the top four of the Eastern AA but did not advance to the state tournament.

When reached by text message this week, Obstar did not offer a reason for her resignation.

Obstar — formerly Ashley Coburn — was a setter on the 2006 Bozeman team that was believed to be one of the first Hawks teams to earn a state podium finish by taking third.

Bozeman Gallatin boys soccer coach Ben Hietala talks with Dylan Nelson before the game against Billings Skyview at Amend Park that was cut short by weather on Thursday, Aug. 27, 2020.

Gallatin head coach Ashley Obstar cheers on her team during a match against Billings West on Sept. 9.