Become a Member
Read Today's E-edition
Share This
'Shocking and hard': MHSA cancels spring sports for 2020
0 Comments
Share this
1 of 2 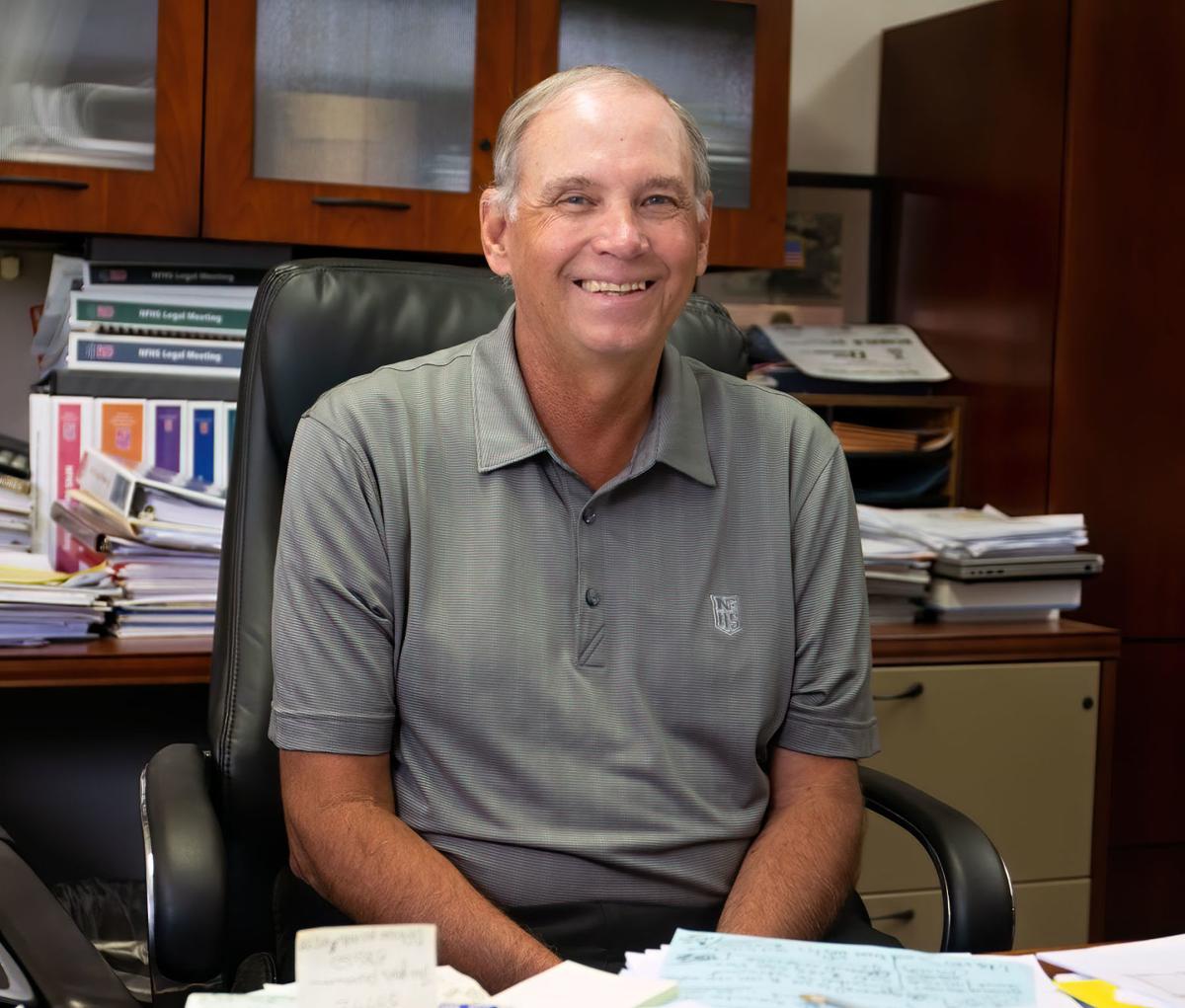 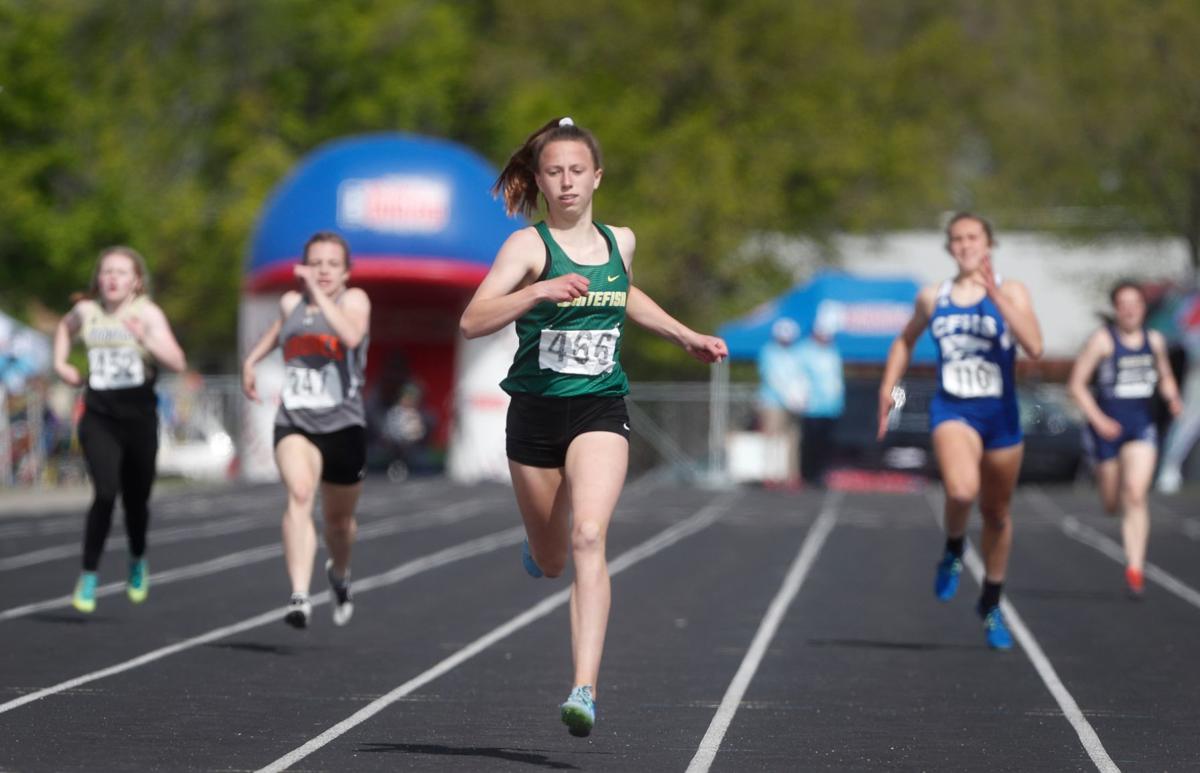 Whitefish's Mikenna Ells races in the girls 400-meter dash during the 2019 State A track meet at the Laurel Sports Complex.

BOZEMAN — The Montana High School Association has decided to cancel sports for spring 2020, the organization said in a release Wednesday.

This was a tough decision.
I feel bad for our Bozeman Hawk Athletes and Coaches.
I am proud of their efforts in this difficult situation. #HawksUp#BSD7 https://t.co/IqbuvzyCIO

The MHSA initially said when suspending spring sports through April 24 that schedules potentially could resume if schools were back in session by May 4.

Montana Gov. Steve Bullock on Wednesday afternoon announced a gradual re-opening of the state. As part of the plan, he gave schools the option of returning to classes May 7.

Local districts can decide whether to return, Bullock said. Many already weren't planning to reopen until fall and it was uncertain which ones would resume normal classes and activities.

"Those were big factors for sure," MHSA Executive Director Mark Beckman told 406mtsports.com. "And trying to deal with social distancing recommendations for events like track and softball also."

Per the MHSA's archives, it's the first time since 1943 that Montana has canceled a sports season.

"Obviously it's a huge disappointment for all coaches and athletes across the state, as well as kids in bands who have lost their all-state band festivals and other activities," said Tim McMahon, activities director for Helena Public Schools. "It’s everything that got canceled. Particularly, I feel bad for the seniors. Those kids have dedicated years to their senior year. We had some who lost out on state basketball tournaments, and now we have lost kids who have lost their entire seasons. It’s really disappointing. It’s disappointing for coaches. They invest so much time to help these kids.

"I think right now — while I think people saw it coming, I believe it’s still shocking and hard."

McMahon wasn't alone in his sentiments.

Huntley Project was defending Class B-C champions in softball and had designs on another crown this spring with six or seven seniors returning. Now athletic director and softball coach Tim Bastian is left to hope sports start in the fall.

“Myself and all the coaches who work at Huntley Project, we’ve been communicating with our athletes and you could just feel the sense of hope,” Bastian said. “They’re ready to get back to normal. Who knows what the new normal will be? But the nice thing is everyone is kind of resilient, will adapt and will continue on.”

Even if Bullock had allowed schools to re-start May 4, spring sports weren't a certainty, Beckman said.

"Would have had to look at it again for sure," he said.

Billings Public Schools still haven't decided whether they'll reopen May 7. As time marched along, Activities Director Mark Wahl said he was increasingly doubtful whether spring sports could be pulled off, given the mandatory five practices required in addition to figuring out social distancing and how to transport athletes safely.

“At least giving us that little bit of hope that we had, I think it was respectful to kids and their passion for participating in those sports,” said Wahl, who estimated nearly 550 athletes from Senior, Skyview and West are affected by the cancelation. “They didn’t just come out and cancel.

“My fear was we would cancel too early and then if we find out later we had time to do something, that wouldn’t be good for the kids. You really didn’t want that to happen.”

In its release, the MHSA said: "Because of the previous MHSA Board action, resumption of spring activities depended on our students' ability to return to in-person instruction without restrictions by May 4 and if in-person instruction didn’t resume by that time without restrictions, spring activities would be canceled. The spring 2020 is canceled due to the ongoing COVID-19 pandemic which is affecting communities across our country.

"The MHSA Executive Board proceeded with cautious optimism holding on to hope to realistically resume spring activities. It would be difficult to conduct meaningful spring activities from this late date, with many schools deciding not to return to in-person instruction, and with the social distancing recommendations still in place along with many other factors."

The MHSA said it empathizes with students, schools and communities. The organization said it is especially cognizant of the seniors missing their final seasons.

"The Class of 2020 will not be forgotten," the release said.

Now all the athletic directors, coaches and underclass athletes can do is look forward to the fall.

"If we can get anything going somewhat close to normal next fall, I’ll be happy,” Billings' Wahl said. “I’ll be happy.”

Matthew Kiewiet of the Helena Independent Record and Mike Scherting of The Billings Gazette contributed to this story.

Email 406mtsports.com and Lee Montana newspapers Executive Sports Editor Jeff Welsch at jeff.welsch@406mtsports.com or follow him on Twitter at @406sportswelsch

Check out the updated final scores.

Highlights and top scorers from the night's hardwood action.

Highlights and top scorers from the night's hardwood action.

406mtsports.com rankings of the top teams in high school boys and girls basketball in Montana.

Check out how the games turned out.

Graves is on track to become the third Eagle to complete the four-peat feat.

Innovative insulation unveiled for Team USA ahead of Winter Olympics

Whitefish's Mikenna Ells races in the girls 400-meter dash during the 2019 State A track meet at the Laurel Sports Complex.