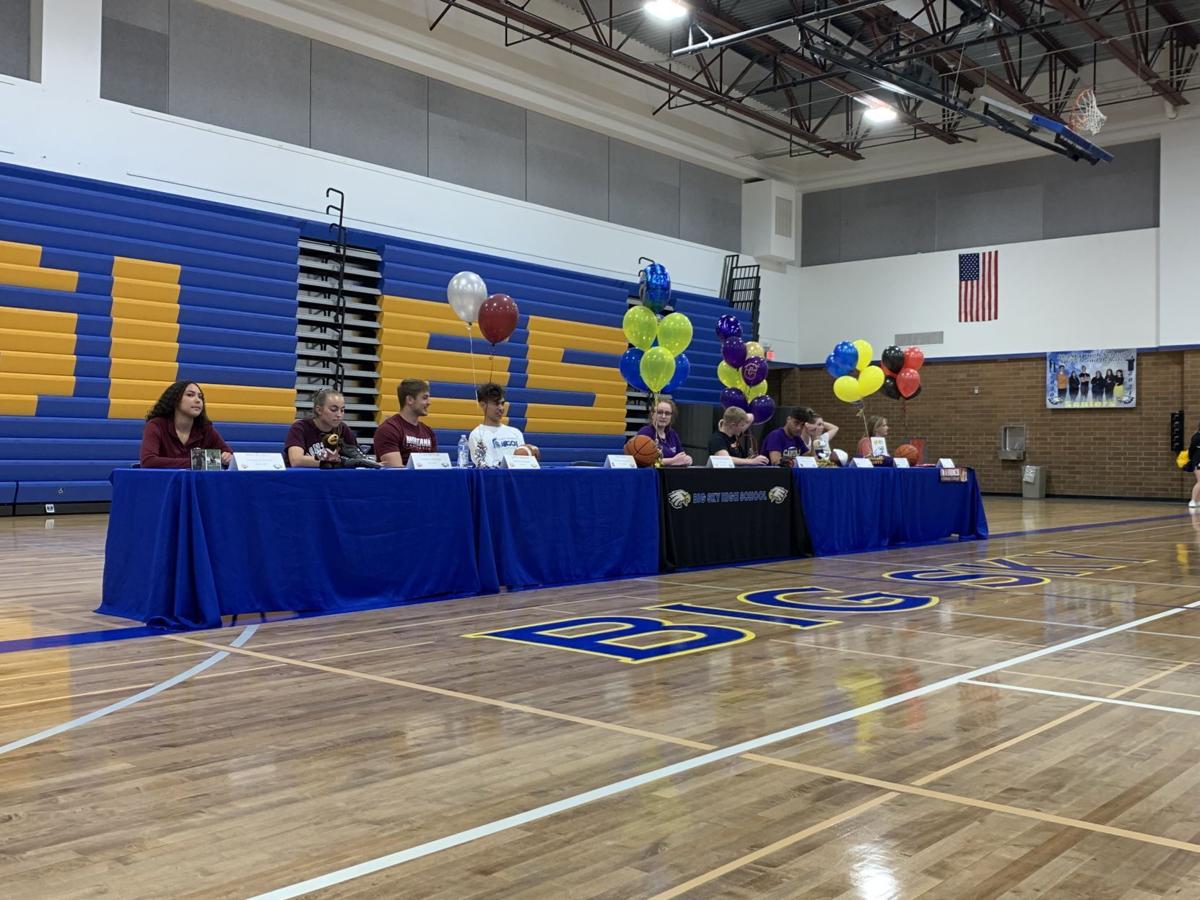 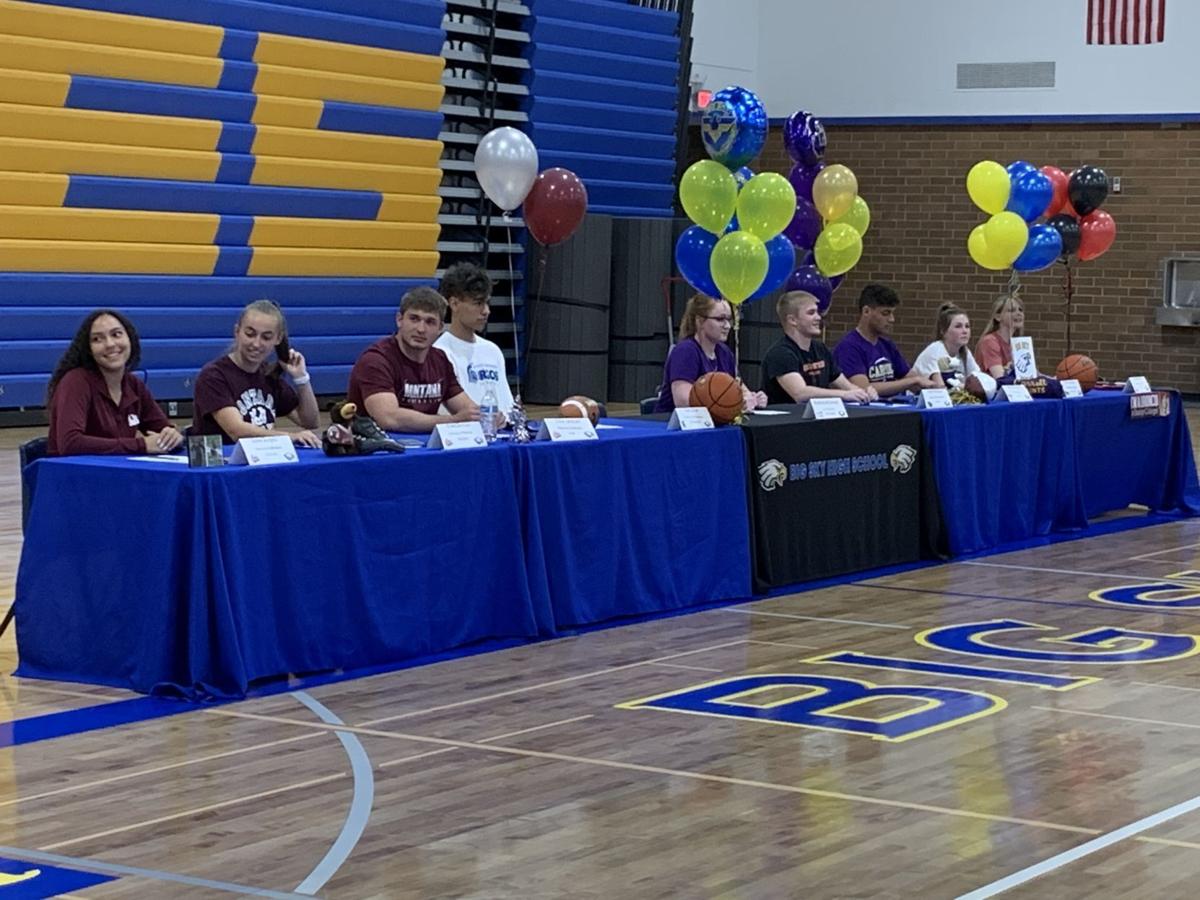 MISSOULA — Just over a year ago, when the track and field season was called off due to the COVID-19 pandemic, Missoula Big Sky's Keara Burgess wasn't totally sure if she wanted to attempt to run track at the next level.

That year off from the sport she loves reignited a spark of sorts, and the senior now plans to walk on for the Montana Grizzlies in the fall.

Burgess, joined by other athletes from Big Sky during a signing day event Friday afternoon at the school's gymnasium, isn't the only Big Sky trackster staying home and putting on the Grizzlies uniform.

Teammate and fellow hurdler Grace Denman is also walking on at Montana and plans to run the same events as Burgess.

The two, although eventually making the same choice, said they made their decisions separately, with Denman's happening first. Burgess wanted to go out of state at first, looking toward Arizona State for some warmer weather before the itch to compete at the college level hit her.

"After not having a season my junior year, it made me realize how much that I love this sport and it's mine," Burgess said.

Denman was in a similar spot, adding that the missed year gave her a want for more time with the sport.

"I've always thought about doing sports, but not having last year — I would agree with Keara — really pushed the drive on that just to get a few more years in," Denman said.

Both noted the Montana coaching staff wanting them to compete and stay home, plus just that. They liked the idea of staying home even if it wasn't the early idea right off the bat.

"I think it really is the best option for me," Burgess said. "I'm close to my family and just the environment around here. I love the coaches, they are super nice the track team I feel like is just a whole family."

Both Denman and Burgess will work at the 100-meter hurdles primarily, while Denman said she wants to do some jumping and Burgess will take on the 400m hurdles after running the 300 meter version of the event in high school.

Other athletes from Big Sky also participated and put pen to paper for their next steps.

Colter Janacaro will stay close to home like Burgess and Denman, and will play football for the Montana Griz. Mitch Muralt will also stick with the gridiron and play at Carroll College in Helena at the NAIA level.

Hunter Meinzen is taking his wrestling talents a bit west to Corvallis, Oregon, and the Oregon State Beavers wrestling squad in the Pac-12 Conference.

Corbyn Sandau will play women’s hoops at the NAIA level at Rocky Mountain College in Billings, Chaz LaDue will play men’s basketball in the NAIA at the University of Providence in Great Falls, Heidi Sherman will participate in cheer at Hastings College and Madison MacDonald will compete with the speech and debate team at Carroll.

The top 10 marks in each event put up by Montana athletes so far this season.

This week's high school softball notebook looks at the first area team to win a conference title this spring, a potential state title game matchup this week and one program's first-ever win against its rival.

Check out how the games turned out.

She already has the best discus throw in Montana, but Seeley-Swan senior Klaire Kovatch is hunting for more as she eyes her third Class C state title later this month.

Check out the latest scores.

More than 375 Montanans in the Class of 2021 have committed to or signed with college athletic programs so far.

Check out the latest scores.

These athletes put up strong performances in April on the track and softball diamond.

The top 10 marks in each event put up by Montana athletes so far this season.