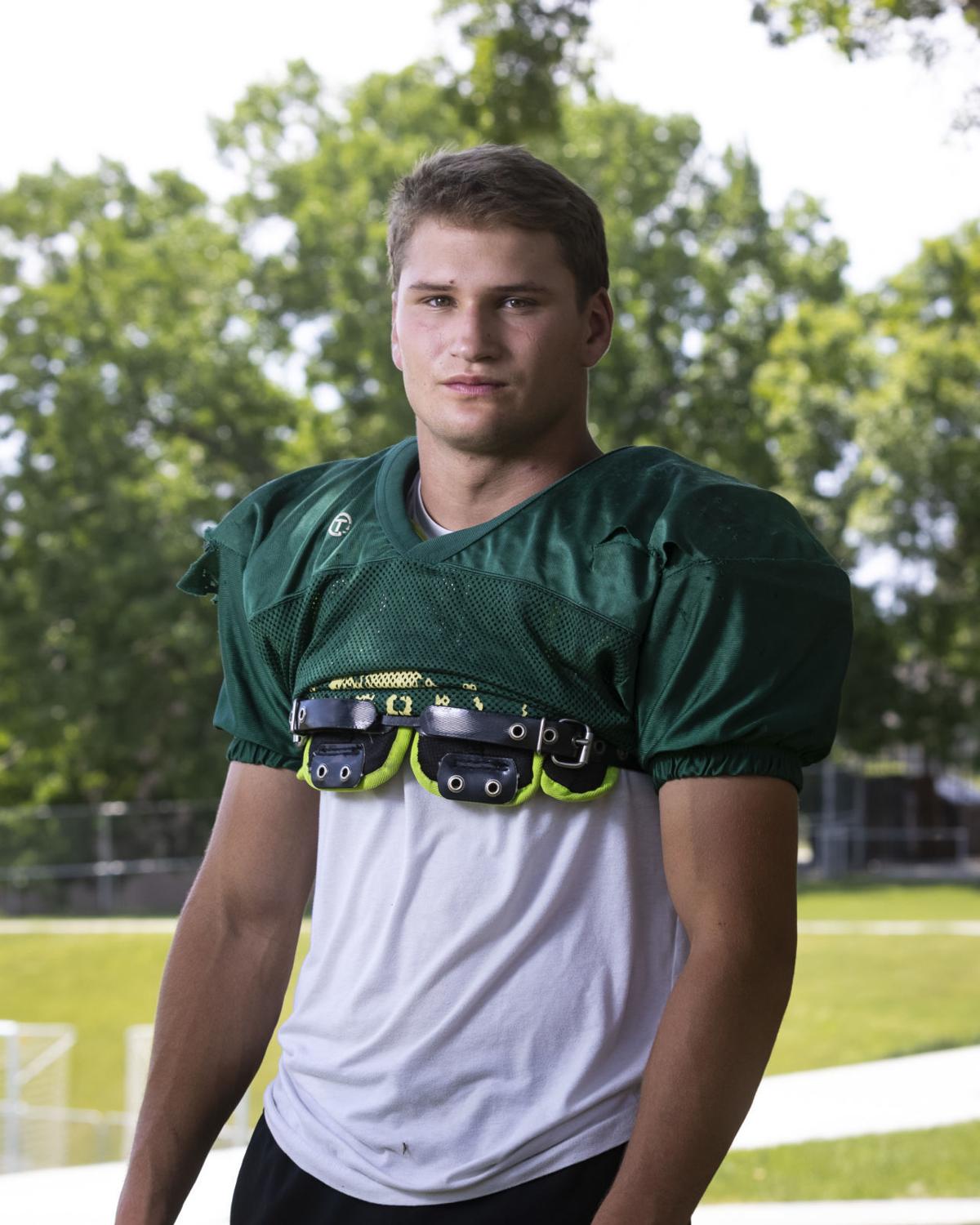 Colstrip’s Rylin Burns hopes to close his football career by helping the South team down the North team in the annual Big Sky Class B All-Star Football Game. This year's contest is Saturday at the football field at Lockwood High School. 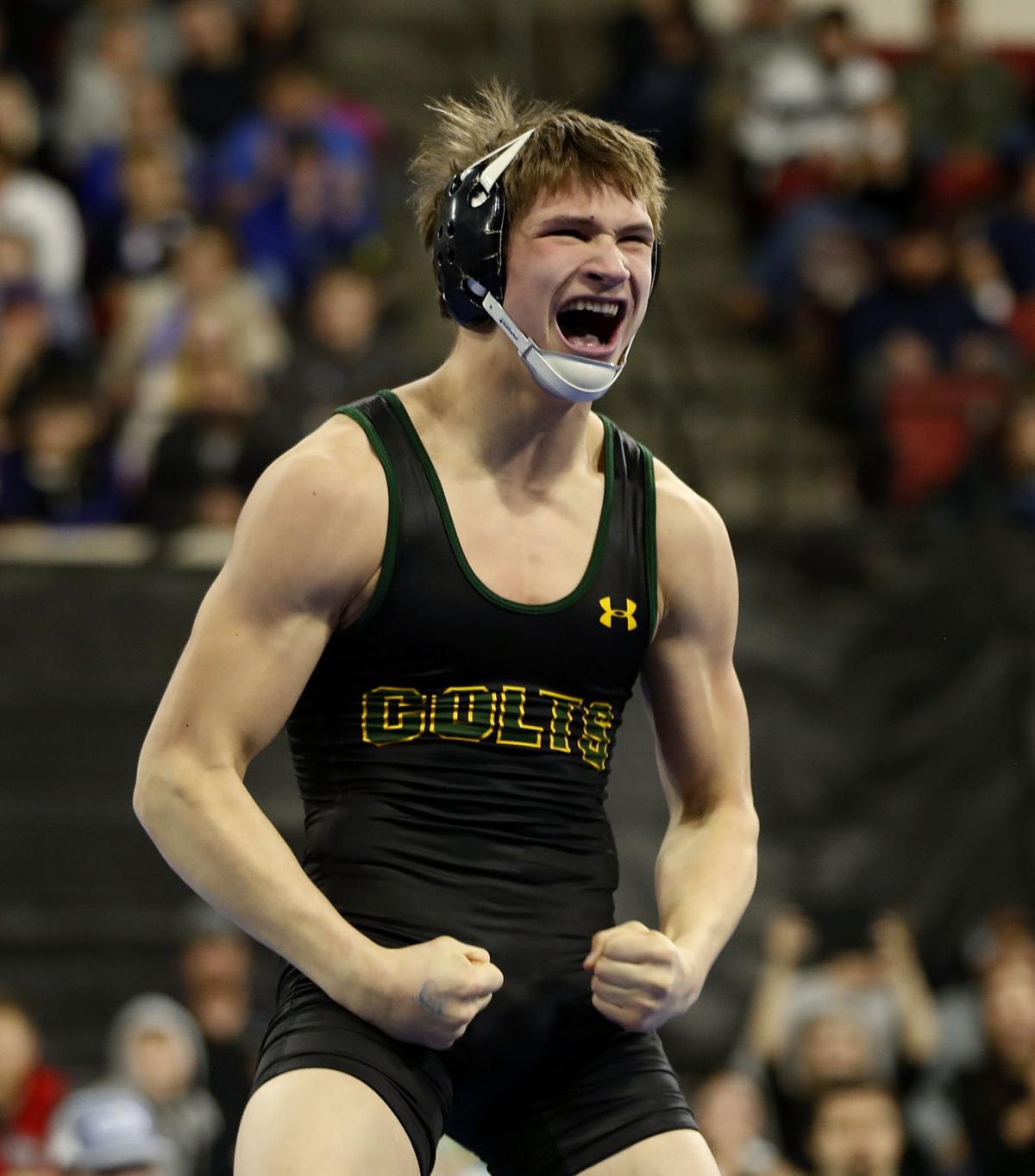 BILLINGS — Even the best athletes get butterflies and think about how they’ll perform when competing.

As one of the best high school senior football players in Class B, the Colstrip Colts linebacker and running back was taking part in the first practice of all-star week under the bright sun.

“It’s been nice getting to know some of these guys I’ve never met,” said Burns, a 5-foot-11, 190-pounder. “They are cool dudes and it’s a good environment, especially on the field. I was nervous coming in, but I feel I can compete with these guys.”

Burns is also a standout wrestler who captured three State B-C championships. He will wrestle for Montana State-Northern.

It didn’t take Burns long to settle in and get into a rhythm working with his South teammates Wednesday afternoon.

“I’m not too nervous anymore, not after the first 20 minutes of practice,” he said as players gathered for lunch in the air-conditioned cafeteria at Rocky. “I got in a zone and wanted to play. It was pretty hot yesterday, too; that might have been part of it.”

Burns is honored to be playing in the game, where he said he’ll see time at linebacker, running back and special teams for the South.

“Probably since I was in middle school, I always wanted to be in it. I thought it would be good to play with the best guys from the state.”

Last year the Big Sky All-Star Game wasn’t played due to the coronavirus pandemic. In 2019, the North downed the South 41-34 to claim a one-game lead in the annual series, 16-15.

This year’s Southern squad would like to even the score.

“We just want to win and beat the North,” Burns said. “We have the kids from Manhattan. They were state champs and we have good players from Whitehall. We have a lot of talent.”

This will be Burns’ last competitive football game before he begins his wrestling career at MSU-Northern, where he’ll enroll in electrical courses with the aim of becoming an electrician.

“Just leave it all out there,” Burns said of his goals for Saturday. “You can’t ask for anything more than the best I have.”

“It’s a lot of good competition in the room and a good coach (Tyson Thivierge). He was a national champion and went to Northern, too,” Burns, who gave credit to his Colstrip teammates and coaches for pushing him along the way, said. “They had a national champion (Isaac Bartel) last year, too.”

The time for wrestling will come. For now the focus is on football.

“Right when I walk in the locker room I’ll be ready to go,” he said. “It’s going to be kind of cool seeing my talent compared to the other peoples’ talent and just the competition. The thing I love about sports is you have to be competitive to be good at anything you do.”

Who: North vs. South

Etc.: Admission is $5. ... The North leads the series, 16-15. ... The contest features some of the best Class of 2021 senior football players in the state. ... The North rosters are made up of the Northern and Western divisions and the South rosters include players from the Eastern and Southern divisions.

Why is there still so much doubt surrounding the Atlanta Hawks?

What does Joel Emiid's offseason look like following his knee injury?

What does Joel Emiid's offseason look like following his knee injury?

What are some ways the game of golf can grow?

What are some ways the game of golf can grow?

Syrian boxer competes 'for all refugees' at Olympics

Syrian boxer competes 'for all refugees' at Olympics

Check out who will be playing and coaching in the contest.

The East jumped ahead 12-0 in the first quarter before the West took the lead for keeps with 15 second-quarter points.

Colstrip’s Rylin Burns hopes to close his football career by helping the South team down the North team in the annual Big Sky Class B All-Star Football Game. This year's contest is Saturday at the football field at Lockwood High School.