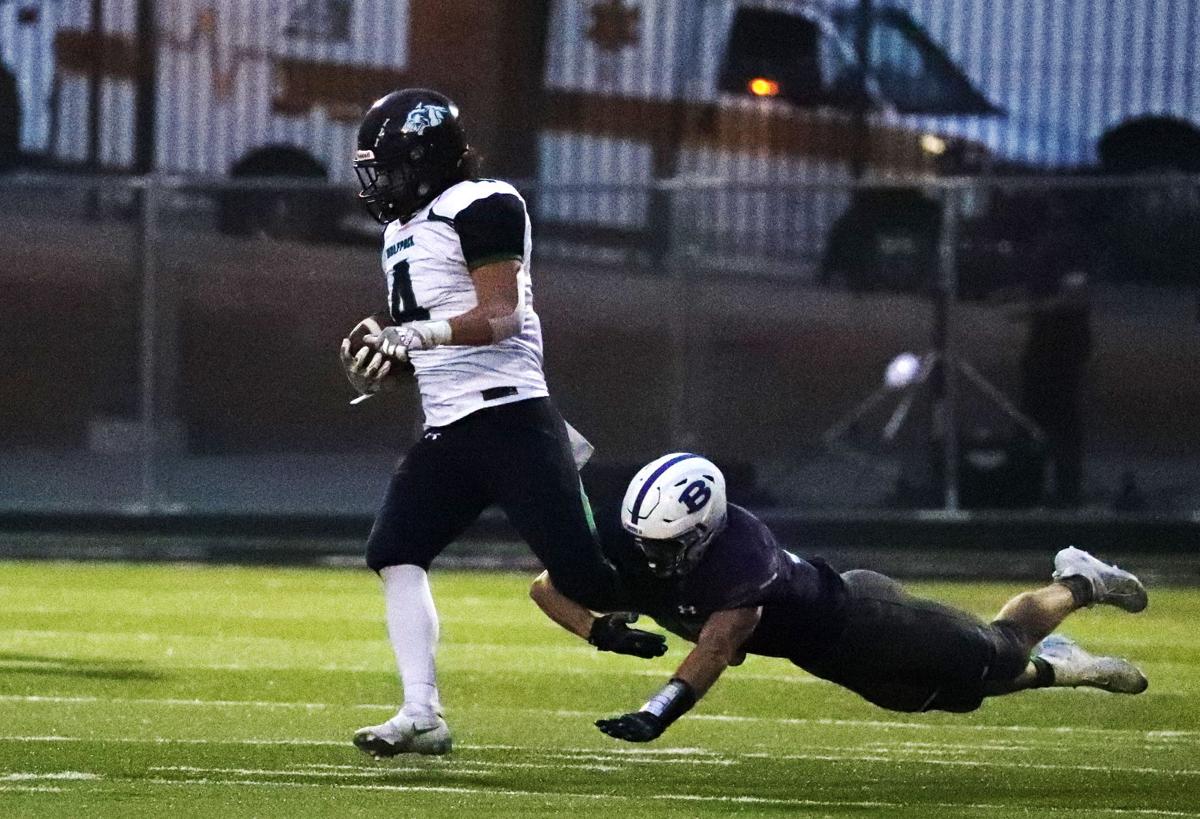 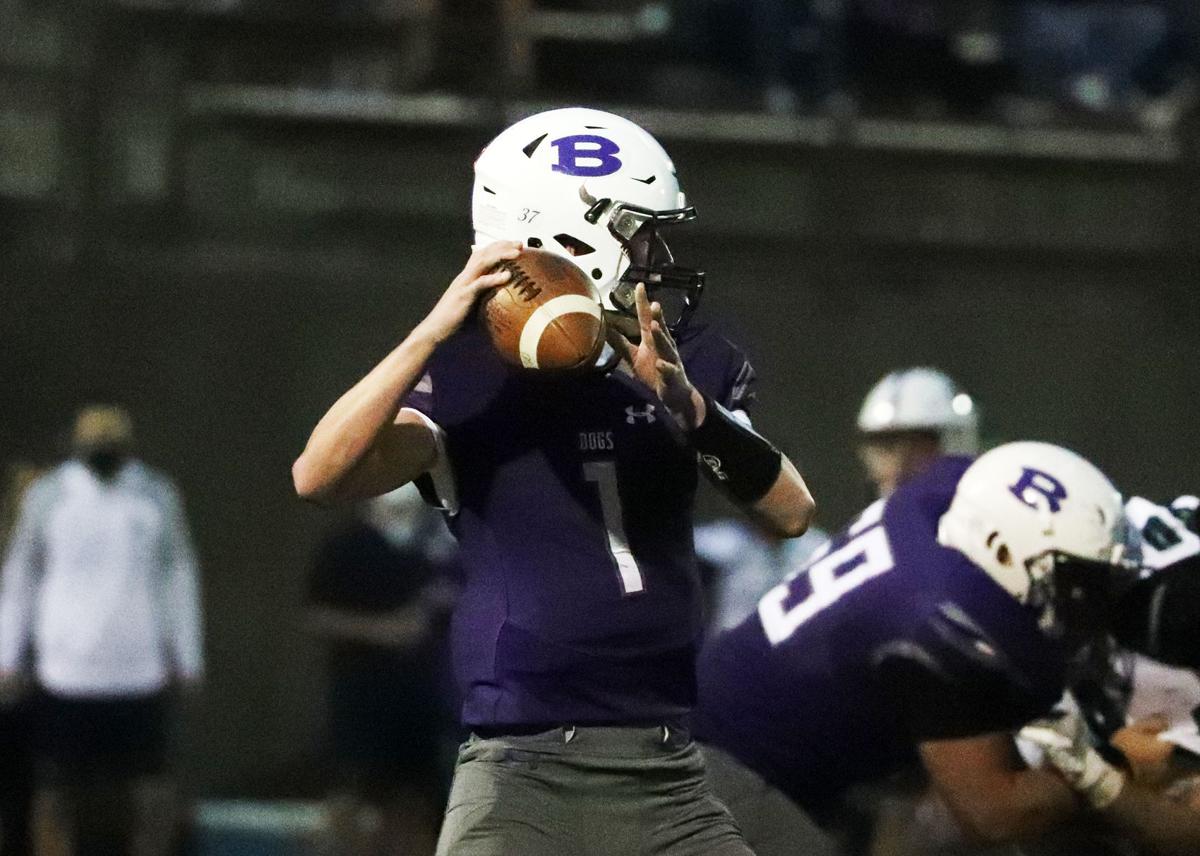 Butte's Blake Drakos looks to pass the ball on Friday evening during the Bulldog's home opener against Glacier in Butte.

The Wolfpack jumped out to an early lead and never looked back.

Jake Rendina rushed for four touchdowns, three in the first half, as Kalispell Glacier rolled to a 33-17 Western AA win over Butte on Friday at Naranche Stadium.

The win moves the Wolfpack to 2-0 while the Bulldogs fall to 0-2.

Glacier head coach Grady Bennett praised his feature back's growth, who concluded his night with 33 carries and 188 yards alongside the four scores.

"He's only a junior," said. "The good thing about our young kids that were stars last year, and Jake was one of them, sometimes they have that much success as a sophomore so they think, 'I'm the guy.' and kind of coast. But man he and our young kids work hard."

After each team forced early stops, Glacier saw the benefits of the game’s first turnover, as a muffed punt gave the Wolfpack the ball at the Butte 15.

Rendina reached the endzone for the first time, taking a direct snap for a three-yard score to take an early lead.

Butte proceeded to turn the ball over on two of their next three offensive plays, which saw Rendina capitalize with a six-yard score and quarterback JT Allen finding Jake Turner for a 14-yd passing score on third and long.

Bulldogs head coach Arie Grey commented on the rough start, and said that he feels responsible for the blame.

"We just did not start real well," Grey said. "That's on me, we have to do a better job of getting started. We were never able to overcome that start and we have to understand that we have to get ourselves ready to roll."

While Butte kick Casey Kautzman got the Bulldogs on the board in the second quarter, Rendina was able to add another 8-yard rushing score to make it 26-0 before Butte’s first points.

A scoreless third quarter was followed by the Bulldogs reaching the endzone for the first time of the night through fullback Aidan Lee, but it was not enough to outweight an impressive Glacier performance that was capped by Rendina’s fourth touchdown.

Grey complimented Rendina's performance and explained what helps separate the junior from his competitors.

"He's a big back," Grey said. "He's a downhill, low runner and a tough guy to get down. That's where you've got to get more guys to the ball and you have to make sure your pad level is lower than his, and he does a really good job of that. I was really impressed watching him."

Butte quarterback Blake Drakos found receiver Jake Olson for a one-yard score late, but Glacier was able to spend the remaining clock after an onside recovery to seal the 33-17 win.

While Rendina's standout performance was key, Bennett said that the Wolfpack's 2-0 start has also been thanks to an explosive defense, which has forced nine turnovers in two games.

"That was a huge first quarter," Bennett said. "The same thing kind of happened last week, creating some turnovers. It's something you work on all the time because turnovers win and lose football games, every single time. And last week against [Helena] Capital, we were able to force five turnovers, and it put us in position to win the game and blow it open. Tonight, that got us going right in the first quarter."

For Butte, Drakos finished 14 of 27 with 144 yards, a touchdown and two interceptions, with Olson finishing with three receptions for 24 yards and the score.

Complementing Rendina was Allen's passing performance, which saw the QB complete 14 of 25 passes for 174 yards, a touchdown and a pick.

Evan Reier is a sports reporter with the Montana Standard and 406mtsports.com. Hit him up with info @evanreier on Twitter or via email at Evan.Reier@mtstandard.com.

Roundup from football, volleyball, soccer, cross country and golf around Montana on Friday.

Butte's Blake Drakos looks to pass the ball on Friday evening during the Bulldog's home opener against Glacier in Butte.