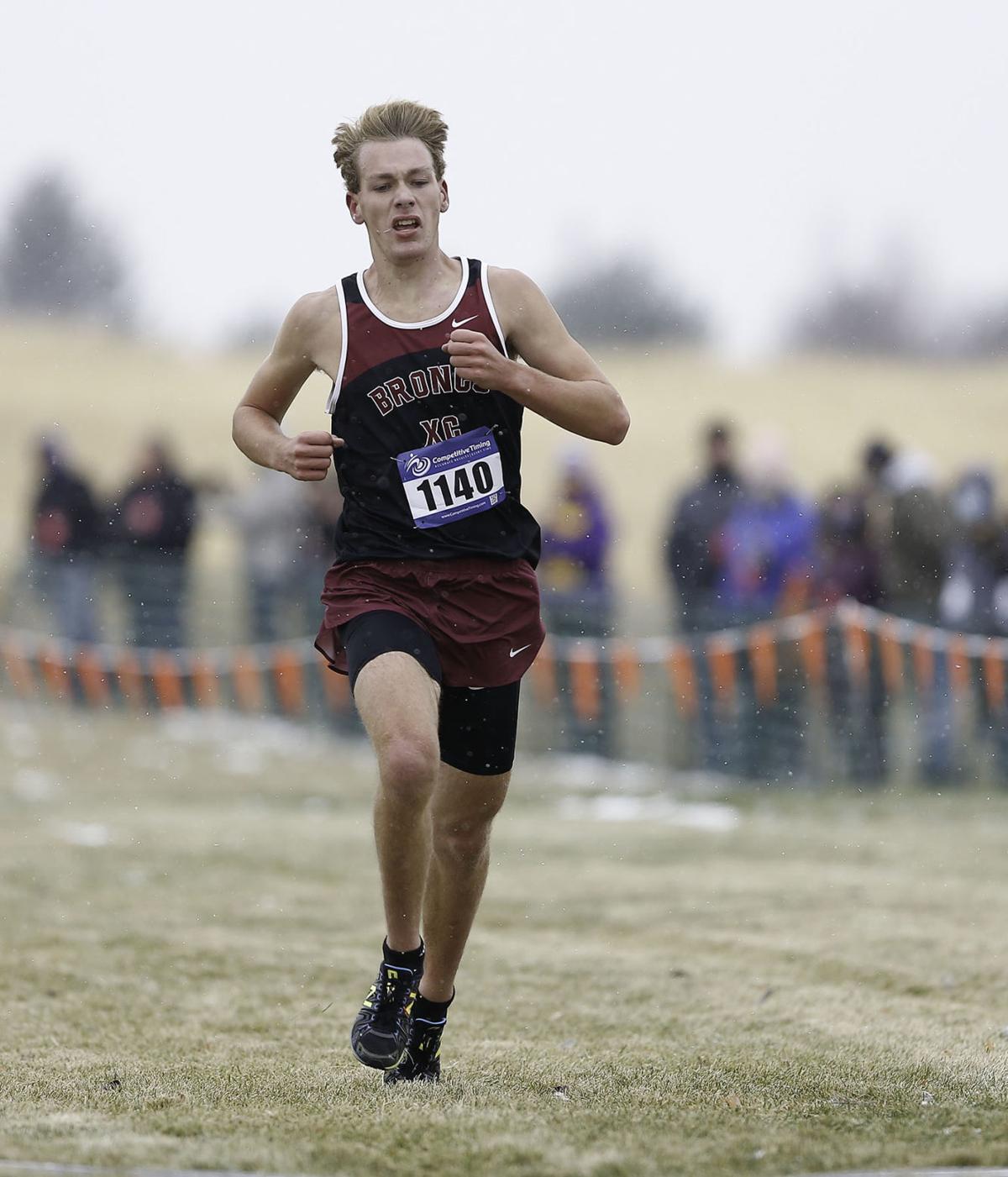 Hamilton’s Colter Purcell Dylan Janes wins the State Boy’s A Cross Country meet with a time of 16:17 Friday in Kalispell. 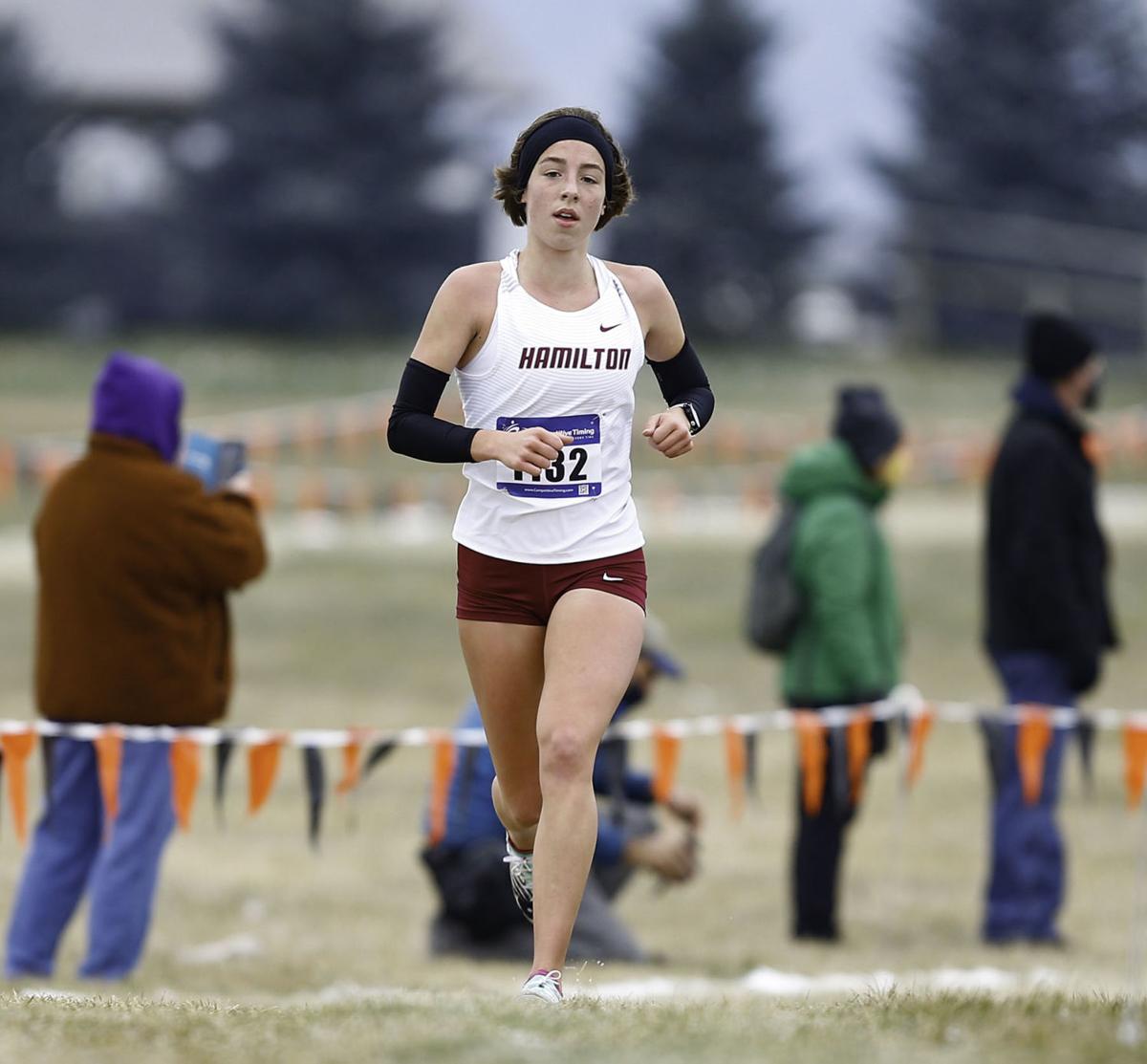 Hamilton’s Brynnli Poulsen led from start to finish and won with a time of 19:02 in Friday’s State A girls cross country 5K race in Kalispell. 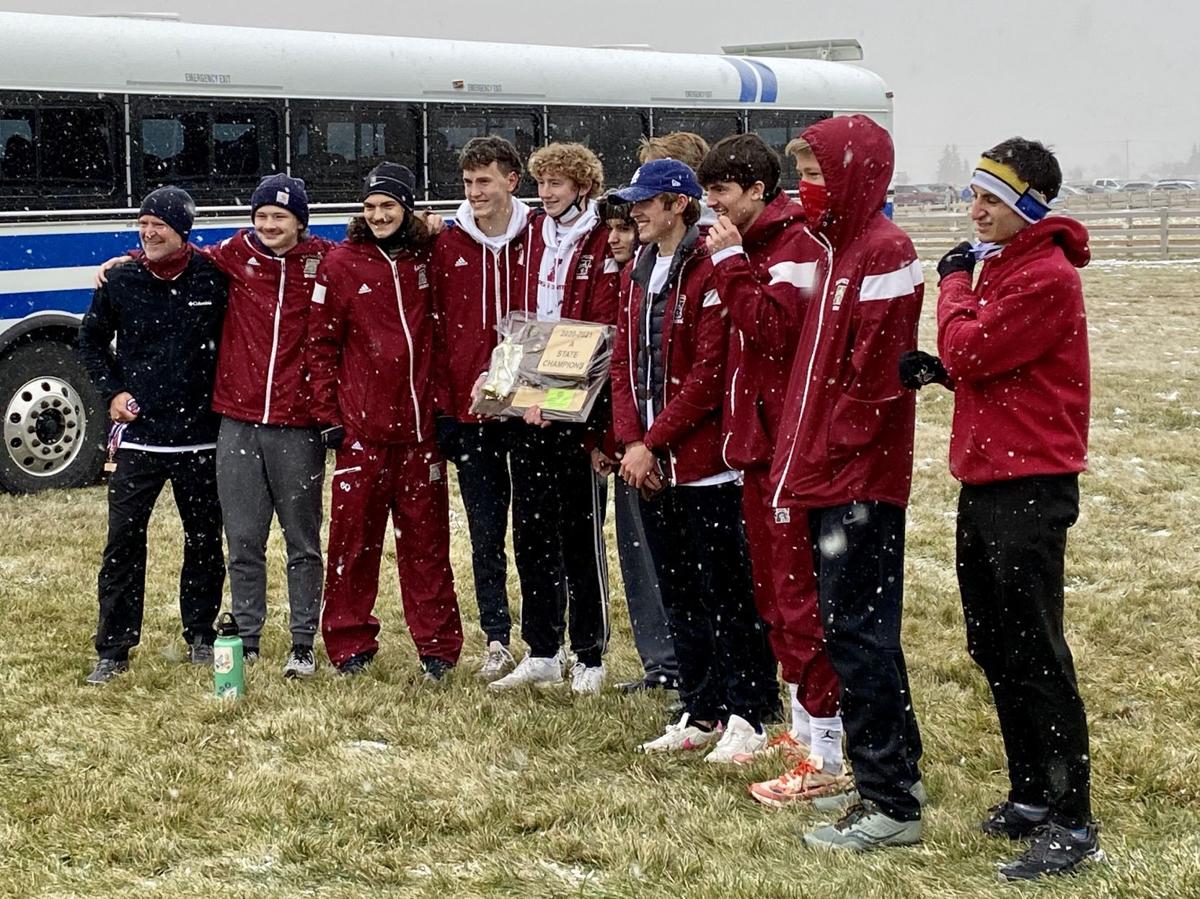 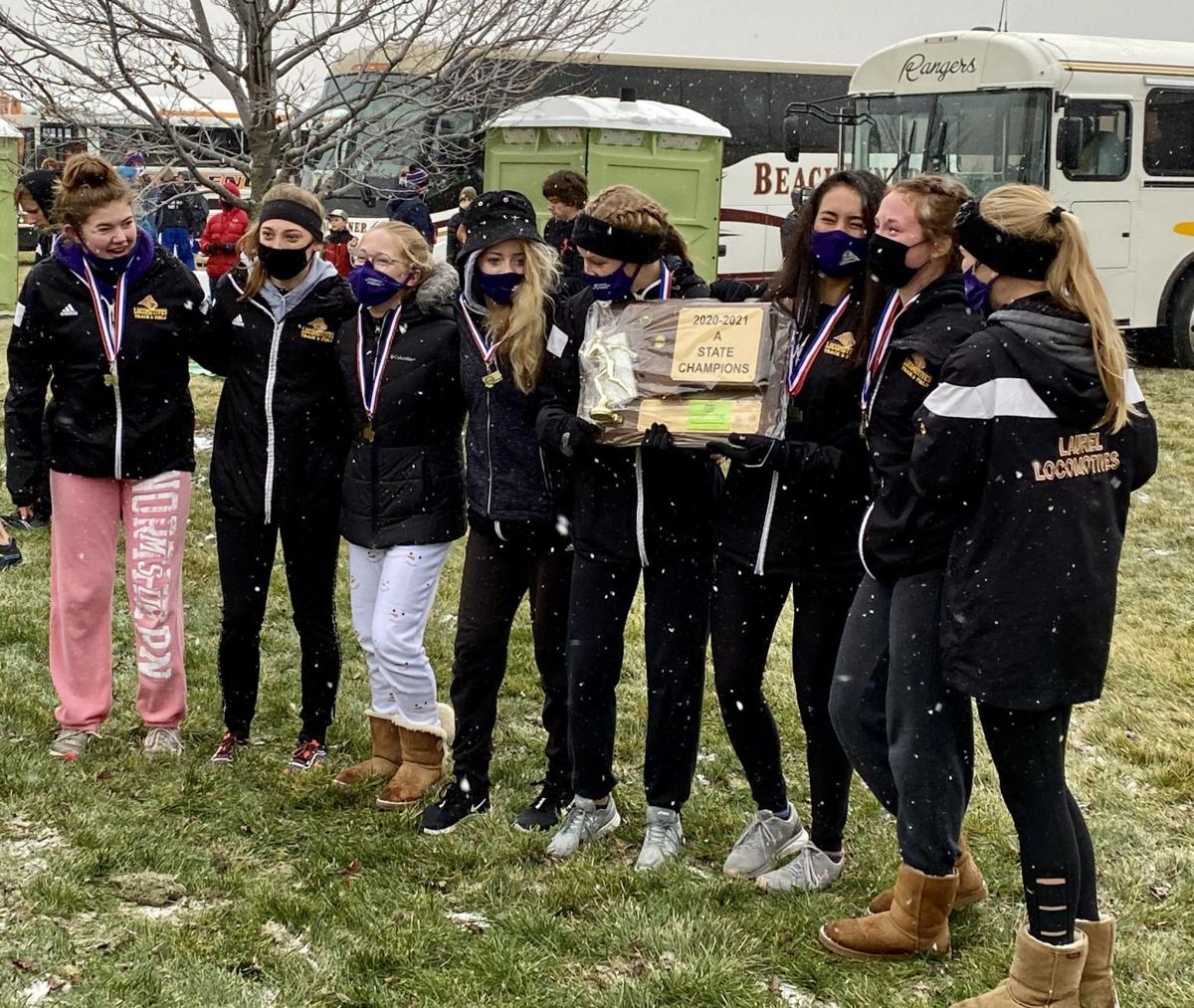 The Laurel girls earned top spots for the first time in 27 years and ended a four-year streak by their Eastern A rivals Hardin.

When Colter Purcell moved from Virginia to Montana for his junior year of high school, he didn’t expect to be running a state meet during a snowstorm. He also didn’t expect be a state champion.

That changed halfway through the state race on Friday, when he reeled in the pre-race favorite Brant Heiner of Ronan.

“I told him ‘let’s bring this one in together,’” Purcell said, recalling the first meet of the season where the runners ran stride for stride the whole time. “When we hit the two mile I knew he wasn’t making any more moves, so I just went for it and from there I was just holding it down.”

Runner-up Colter Kirkland tied his state finish from 2019. Big runs from juniors Tanner Nead (5), Lane Cole (11) and Harrison Silverio (16) gave the Broncs plenty of space ahead of the Bulldogs

“We predicted some pretty good placings with our top kids, but we didn’t predict one and two so that was pretty cool,” head coach Mark Albert said. “Colter [Kirkland], I lost sight of him behind the hill and when he came down the hill in second I knew we had a shot at it.”

This was the fourth state title for Hamilton in school history. The Broncs last won back-to-back titles in 2013 and 2014.

“We have all juniors on the varsity, which is really exciting,” Albert said. “It’s a neat group of boys and I’m really proud of them.”

The Ronan senior Heiner had the fastest time coming into the state meet, and was hoping to capture his school’s first state title.

Heiner got out hard at the start of the race and was soon running by himself, passing the mile in 5:02, but wasn’t able to hold off Purcell after being caught halfway through the race.

“My feet just weren’t moving as quickly as they normally do,” Heiner said. “I feel really good about my high school career though… to be in the position to be considered a favorite, I couldn’t ask for more than that. ”

Two-time defending team champion Columbia Falls ended up in the third spot on the podium.

“Every one of those kids ran the best race they had today,” coach Jim Peacock said. “We had a couple of kids that haven’t run in weeks from injuries, but they stuck it out. This is just a fun group of kids to coach.”

It was apparent in the first minutes of the race that Brynnli Poulsen’s plan was to win by as much time as possible. The senior from Hamilton was by herself 800 meters into the race and by the time she came through the mile in 5:50, no one else was nearby.

For the second year in a row, Poulsen stormed down the finishing stretch alone to pick up her second straight MHSA Class A title. Her time of 19:02.30 is second in the Montana record books only to her own winning time from 2019.

“I just wanted to make sure I had a pretty decent gap between me and second place,” Poulsen said. “I wanted to run the best race I could and stay focused the whole time.”

As a two-time state champion, Poulsen followed in the footsteps of Beatrix Frissell, now running for the University of Montana, who won Class A in 2017 and 2018.

“I definitely had some higher expectations today, but I’m pretty okay with it, obviously,” Poulsen said, alluding to her pre-race goal of breaking her state record.

“That relationship started off a little rocky when I was a freshman and thought I knew everything, but we’ve grown close and grown to trust each other,” Poulsen said. “I don’t know if I’m ever going to have another coach like him.”

Laurel coach James Haskins was counting runners as they came streaming across the finish line trying to add up scores for his runners while keeping an eye on the team’s rivals. He double checked his math and sank to the ground, hands on his head, incredulous expression on his face.

Before the gun went off, Laurel had a single state cross country title to its name, back in 1993. The Locomotives broke that 27-year dry spell on Friday.

“It’s only the second one in the history of the school, it doesn’t seem real yet,” Haskins said. “I don’t know if it’s hit any of us yet.”

The Lady Locos were led by runner-up Andria Mourich, who finished in 19:53.15.

All five scoring runners for the Locos finished in the top 20 at the meet and outscored Columbia Falls 50-70.

“It was amazing, everyone did so awesome,” senior Grace Timm said. “We knew our potential and we just knew we could do it. So I guess we just did it!”

Columbia Falls tied the program's highest ever finish by a girls team at a state meet.

“We wanted to win the whole thing, but all you can do is ask for their best and these girls gave their best,” Wildkats coach Jim Peacock said. “Our girls, every single one of them across the board ran the best race they could run today, and if everybody runs their best race, how could you be anything other than ecstatic and proud at the finish?”

Hamilton’s Colter Purcell Dylan Janes wins the State Boy’s A Cross Country meet with a time of 16:17 Friday in Kalispell.

Hamilton’s Brynnli Poulsen led from start to finish and won with a time of 19:02 in Friday’s State A girls cross country 5K race in Kalispell.