The sight of tens of thousands of white geese erupting from the water is enough to bring dedicated birders and casual observers to Freezout Lake Wildlife Management Area each March and April.

While Freezout is a destination for many waterfowl — including Canada geese, ducks and a healthy number of swans — the main attraction are the snow and Ross’s geese making an annual stop in Montana on their way north from wintering areas in California.

“I would say it’s one of the most jaw-dropping, breathtaking experiences you can see,” said Maggie Carr, co-owner of Dropstone Outfitting in Choteau. “It’s just the sheer quantity of birds is astonishing and just the noise they make — kids love it especially. You really don’t even have to love birds or really be into birds to appreciate it.”

Choteau was gearing up for its second annual Wild Wings Festival scheduled for the end of March. The festival included a wild game feed, speakers and guided tours by Dropstone. The event provided a nice pulse of spring tourism into the community and attendees got to tap the expertise of biologists about the annual migration. Unfortunately due to concerns over the novel coronavirus, organizers chose on Monday to cancel the event, Carr said, adding that Choteau plans to resume the festival next year.

Despite the cancellation, Freezout remains open to birders. Being outside and spread out from others should meet social distancing recommendations from health officials.

New for this year, Montana Fish, Wildlife & Parks has launched an online migration tracker. The tracker is part of a StoryMap offering history, biology and routes for Freezout visitors.

“We would always get questions over the years if there was a website we could look at this stuff,” said area biologist Brent Lonner. “We’ve had the recorded phone message, but I think this is just the times. The phone is kind of archaic, and this is how the newer generation is looking for information.”

The online migration tracker offers current and historic data with daily updates on the number of birds. Freezout saw an early pulse of swans this March with nearly 5,700 as of Friday. With the weekend cold snap none were left by Monday, as the lakes froze over. Still about 25,000 white geese remained.

Although daylight primarily drives the migration, several things may affect the timing of the birds' arrival in Montana. Lonner recommended visitors keep a close eye on the weather, especially.

“For large numbers of birds to concentrate here, the more water available —especially during resting periods — gives them more opportunities to spread out,” he said. “The biggest driver here when we see the biggest numbers here are correlated to weather. For example, when the birds start coming from the south and then a big storm comes from the north, they’ll be holed up here and others just keep piling in.”

A couple of years ago that exact scenario played out, leading to nearly 100,000 white geese packed into the wildlife management area.

Keeping in mind the inherent variability in the migration, the last week of March is typically when Lonner recommends visitors make their way to Freezout.

For more information including the migration tracker, go to http://fwp.mt.gov/.

Three Big Hearts Under the Big Sky hunts were family experiences for three recipients of outfitted elk hunts who each got bulls and made some great memories this fall.

Utility or Futility: The debate over stocking Arctic Grayling in the Big Hole River

The imperiled status of the Arctic grayling in Montana continues to roil the waters of public debate about the fate of the species’ survivors in the Big Hole River.

Wolf woes: How politics and lawsuits are shaping management of the species

Montana’s wolf hunting season is underway, but a recent court order has halted some regulations and an upcoming hearing could have major implications on the remainder of the season.

The Snake River Plain: A tale of two basins

Justin Townsend launched Harvestingnature.com, a multiplatform website, in 2011 with the goal of sharing his passion for cooking and introducing people to the benefits of wild game, fish and foraged food.

The same June flooding that wiped out the road through the Gardner River canyon also moved the river away from the Boiling River, a popular outdoor hot springs.

Salton Sea getting saltier as water dries up

Some water bodies have no outlet, so water flows in but never flows out. The name scientists use to describe this is endorheic.

Take a winter walk with your camera or binoculars

Although winter is tightening its grip on Montana, this can still be a great time of year to hike around with your camera or binoculars. 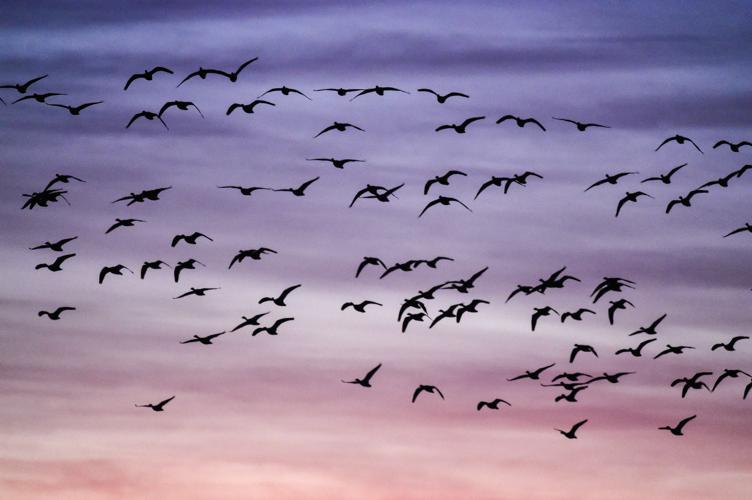 Sunrise silhouettes snow geese in flight at Freezeout Lake in this 2017 file photo. 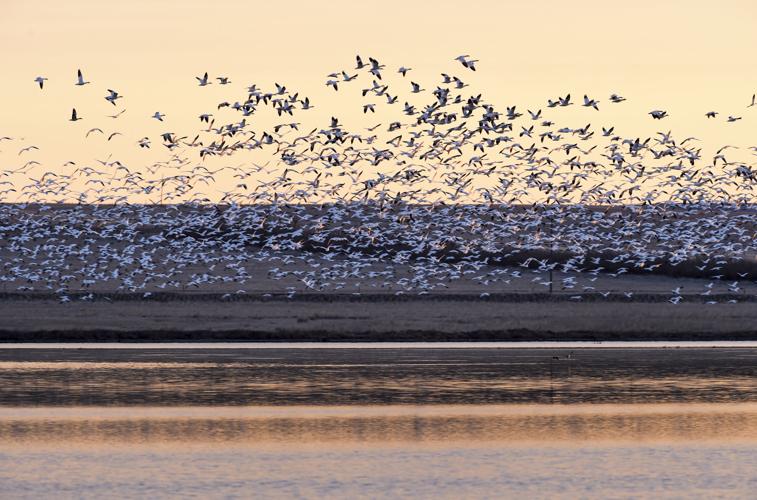 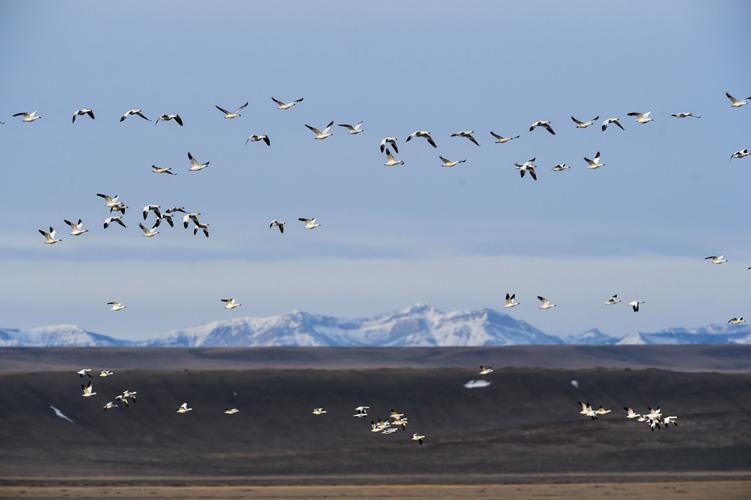 Thousands of snow geese take flight Friday morning at the Freezout Lake Wildlife Managment Area outside Fairfield. Tens of thousands of the white geese migrate through the wetland annually at the end of March.