Yellowstone Caldera Chronicles is a weekly column written by scientists and collaborators of the Yellowstone Volcano Observatory. This week's contribution is from Blaine McCleskey, research chemist with the U.S. Geological Survey.

Yellowstone National Park contains more than 10,000 hydrothermal features including geysers, hot springs, mud pots, fumaroles, and steam vents. These hydrothermal features are beautiful, interesting, and unique because of their variable sizes, colors, activities, microbial mats, and temperatures. However, have you ever thought about the chemical composition of these features? Or how water chemistry affects the color, microbial communities, and physical features of the pools? Why do some pools have large siliceous sinter cones, or colorful microbial mats, or travertine terraces? The answers to these questions are often tied to the chemistry of the hydrothermal waters.

Thermal waters at Yellowstone have pH values ranging from less than 1 to 10, surface temperatures as high as 93°C (boiling at Yellowstone's altitude; some pools are even superheated), and often have high concentrations of chloride, sodium, silica, hydrogen sulfide, sulfate, alkalinity, and arsenic relative to many natural waters.

Investigations into the water chemistry of Yellowstone's geysers, hot springs, mud pots, and streams and rivers have been conducted by the U.S. Geological Survey dating back to 1888. The classic 1935 Carnegie Institution report "Hot Springs of the Yellowstone National Park," by Eugene Allen and Arthur Day, is an exhaustive compilation of water chemistry and wonderful physical descriptions of hydrothermal features and surrounding geology.

Modern chemical studies of thermal waters not only focus on the major chemical composition, but often include studies of gases (carbon dioxide, hydrogen, hydrogen sulfide, nitrogen, and argon), isotopes (oxygen, hydrogen, sulfur, strontium, and mercury), redox species (sulfur, arsenic, iron), and trace metals (including mercury and the rare earth elements). These modern studies aim to provide insight into the underground hydrothermal plumbing system, formation of minerals, microbial processes in extreme environments, and the fate of chemicals as they emerge and are discharged from thermal features.

Furthermore, some of the various "types" of thermal waters mix. Besides mixing, the chemical composition of thermal waters is affected by many processes, including fluid-rock interactions, boiling and subsequent separation of liquid and gas (phase-separation), mineral precipitation, and microbial activity.

The first type of hydrothermal water, often called "neutral-chloride," is a deep, high-temperature water that often interacts with volcanic rocks on the way to the surface. At the surface, neutral-chloride springs often discharge significant quantities of water containing relatively high concentrations of carbonate, chloride, silica and arsenic. These waters are common in Yellowstone's famous geyser basins (Upper, Midway, Lower, West Thumb, and Norris) and often have silica sinter deposits, some of which have accumulated into large mounds and cones, like Old Faithful.

A second type of thermal water, often called "acid-sulfate," is meteoric water that has been infused with high-temperature geothermal gases (carbon dioxide and hydrogen sulfide). These waters tend to be low-pH (less than 4), contain high sulfate concentrations (from the oxidation of hydrogen sulfide), and have low chloride concentrations. Some acid-sulfate waters contain elevated concentrations of ammonium and mercury. These features tend to be fumaroles, mud pots, or acid-sulfate boiling pools with little to no discharge. The landscape surrounding these features is frequently barren and composed primarily of clays and resilient quartz minerals. These waters are common in features in the Mud Volcano area.

A third type of thermal water flows to the surface through sedimentary rocks (primarily limestone and gypsum-bearing shales) and is enriched in sulfate and bicarbonate. These waters tend to have lower reservoir temperatures and have relatively high concentrations of calcium and magnesium, but lower silica concentrations. As a result, the waters often form travertine deposits and are commonly found in the Mammoth and Snake River hot springs.

We still have a lot to learn about the behavior of the Yellowstone hydrothermal system, but we can gain insights about the subsurface by studying the chemistry of thermal features and monitoring their changes over time.

US: Snake River dams will not be removed to save salmon

SPOKANE, Wash. — The U.S. government announced Friday that four huge dams on the Snake River in Washington state will not be removed to help endangered salmon migrate to the ocean.

Taking over the role of a vivacious predecessor, Danny Michael joked that he has big high heels to fill.

Warmer waters mean that several rivers in southwest Montana will close to fishing during the afternoon.

Thermal features are dangerous, and not all have been photographed diligently throughout the decades. Scientists have developed a kind of 3D photography to accurately capture the features.

With fire danger rated high, Yellowstone National Park had its first two wildland fires of the season this week.

The Kootenai River is in the best shape of the year right now. Dry fly action is hopping all day.

Montana man hospitalized after being mauled by grizzly bear

A Montana man was hospitalized Tuesday after being mauled by a grizzly bear in an abandoned barn, officials said. 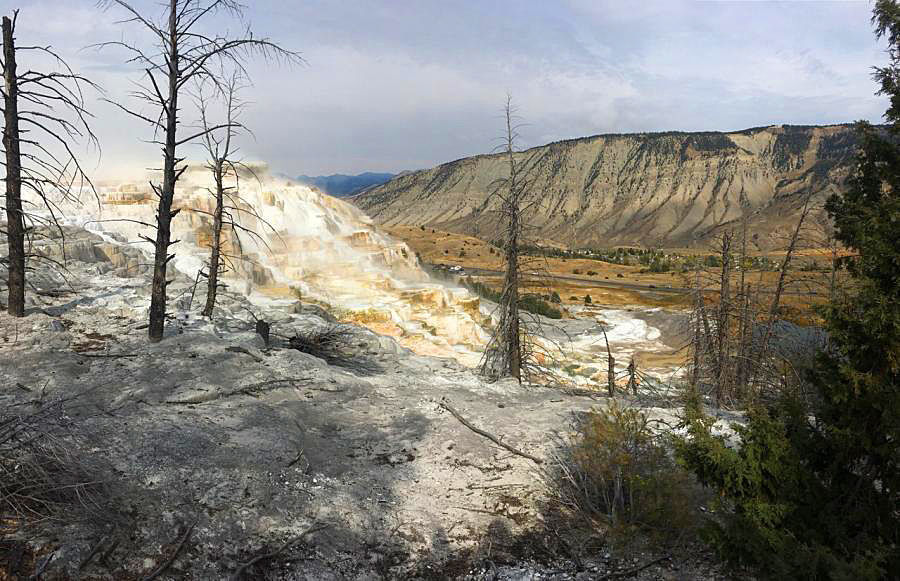 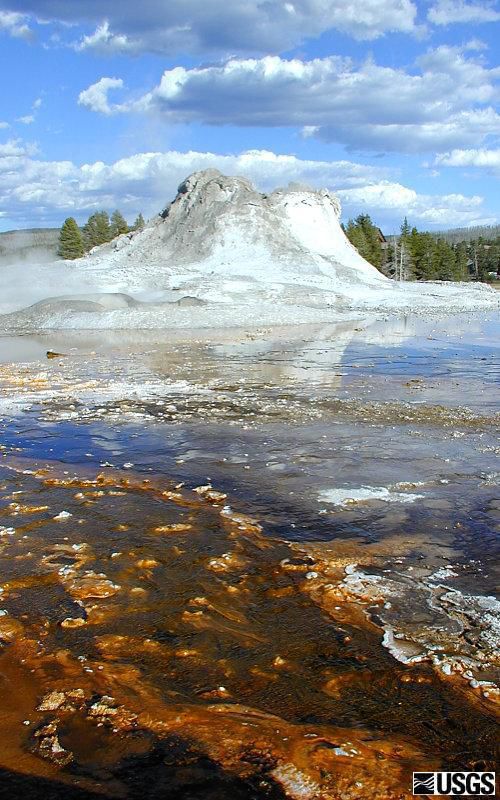 Castle Geyser in the Upper Geyser Basin is a good example of a "cone-type" geyser with a prominent cone of siliceous sinter enclosing the geyser vent.