In a majority opinion, the Montana Supreme Court has upheld a District Court judge’s ruling that an extension of the Mabee Road in Fergus County is not a public route.

The disagreement over the road dates back to 2007 when the Robbins family placed a “no trespassing” sign at a gate after purchasing land they had previously leased. The gate was across a road extending north from the Mabee Road about 12 miles to Knox Ridge Road.

One landowner along the route, rancher Robert Fink, had allowed hunters Russel Offerdahl and Richard Hjort to use the road since it accesses landlocked Bureau of Land Management property. Two of those hunters were cited by a Montana Fish, Wildlife & Parks warden for trespassing after ignoring Robbins’ sign.

PLWA unsuccessfully tried to convince Fergus County commissioners in 2008 that the road was public. In 2010 the county attorney concluded the contested route was not “a statutorily created road.” So in 2012 PLWA filed suit. Following a five-day trial, Gilbert ruled the contested road was “private, having never been made public by landowner petition or by prescription,” according to the Supreme Court’s opinion.

PLWA had also argued the road met the requirements of a public route under a prescriptive easement definition because use had been continuous and adverse. The high court disagreed.

“PLWA’s presented testimony regarding seasonal recreational use is insufficient to demonstrate the public use was continuous and uninterrupted or to constitute adversity,” Baker wrote.

The road is shown on maps dating back to the early 1900s. During the trial, a former BLM official testified the agency had worked on the road.

Access to public lands has been a contentious issue for decades, sometimes pitting hunters and other recreationists against private landowners — often ones who have newly acquired the property. The legislature has stepped in with proposed bills over the years to try to solve the issue, but has so far been unsuccessful.

This session Sen. Steve Hinebauch, R-Wibaux, introduced Senate Bill 354 seeking to address the issue of prescriptive easements by requiring that they be filed with the state by the end of next year. The bill passed the Senate, and the House amended the legislation. The bill now awaits conference committee action.

Past legislation by Democratic lawmakers has died when they attempted to require landowners to prove a road is not public before they can legally gate and post no trespassing signs. 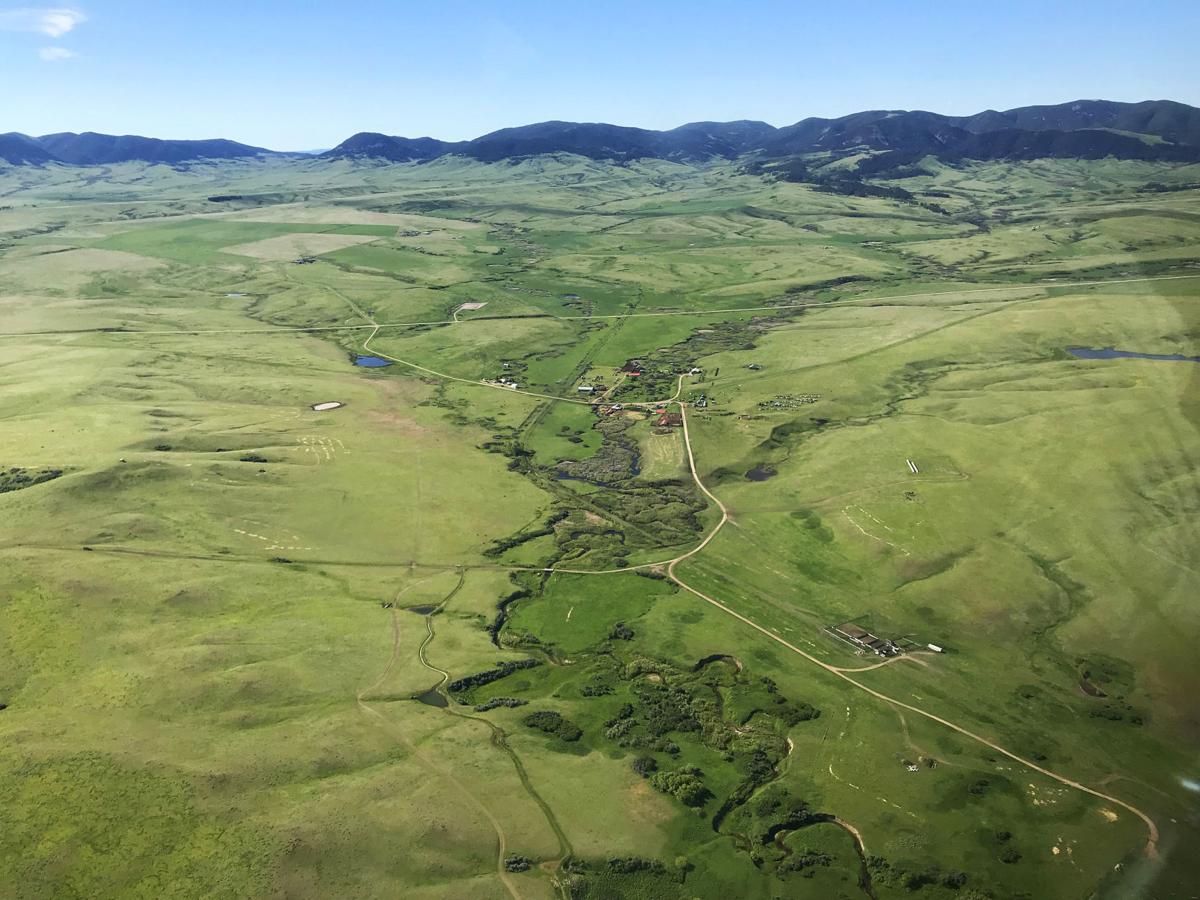 North of the Judith Mountains and the small town of Roy is where the Mabee Road runs. This aerial shows Highway 191 which continues on to Roy. 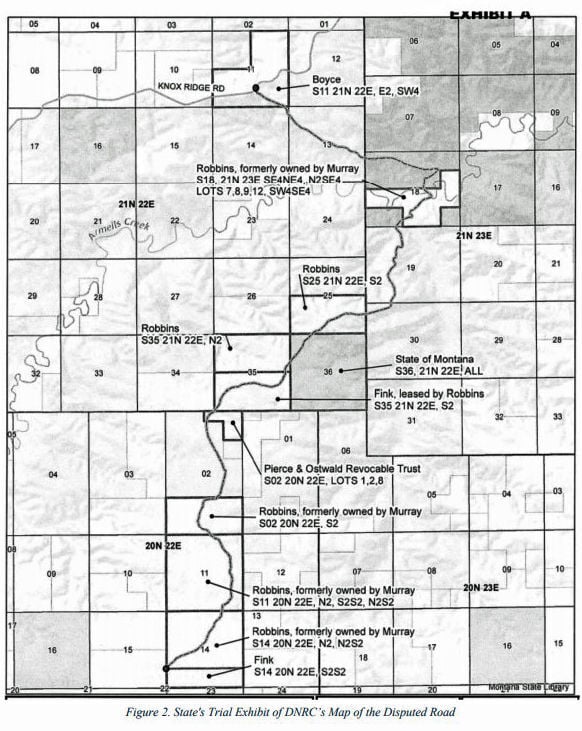 This map show land ownership along the Mabee Road was one of the court documents submitted in the lawsuit.