“Enough is enough,” said Steve Regele, president of the Yellowstone Valley Audubon Society. “We’ve been trying to work through this internally. We didn’t go out raising hell.”

But the agencies involved have ignored the group’s requests, he said, preferring to work internally. So the Audubon group is seeking to generate public pressure via the petition.

“We’ve gotten really nothing back from them,” he said.

“If they’re not going to listen to us, then maybe we need more weight.”

Regele said he found out late last summer that FWP employees had been killing ospreys and other birds at the hatchery to protect its fish after fellow Audubon members noted a lack of osprey near Miles City.

Osprey are dear to many Yellowstone Valley Audubon Society members who for years have nurtured their restoration along the Yellowstone River. The group has cooperated with banding and blood sampling of chicks to study environmental pollutants and survival. They’ve erected nesting platforms and launched a baling twine collection program. The birds put the twine in their nests which can lead to entanglement problems.

After looking into reports of fewer birds near Miles City, Regele discovered the U.S. Fish and Wildlife Service had authorized hatchery personnel to kill birds for the past three years.

Great blue herons are listed as a species of concern in the Montana Field Guild because of recent population declines and a small breeding population.

“Something is wrong here,” Regele said.

The U.S. Fish and Wildlife Service must authorize the killing of migratory birds. But first, Wildlife Services — a branch of the U.S. Department of Agriculture — has to review the situation and sign off on the permit.

“We do an assessment of what they have tried and the threat,” said John Steuber, Montana director of Wildlife Services.

That assessment goes with FWP’s letter to the U.S. Fish and Wildlife Service’s regional office in Denver seeking permission to kill birds protected under the Migratory Bird Act. Steuber said the problem of birds eating fish is widespread across the country at hatcheries and ponds used to raise commercial fish and even for migrating salmon after they pass through dams where they emerge stunned and easy prey for gulls.

“Migratory Bird Depredation Permits are issued only after deterrents such as hazing and harassing of offending birds, and/or habitat modification repeatedly prove unsuccessful,” the USFWS wrote in response to a query about the situation. “If a depredation permit is issued, permittees are expected to continue using nonlethal measures to deter birds from the area in conjunction with any authorized trapping or killing. The goal is to resolve or reduce the depredation issue, while minimizing lethal take of migratory birds. “

Regele and more than 600 people who have signed Yellowstone Valley Audubon's petition think there has to be a better way than shooting birds, especially considering Miles City had been home to the easternmost population of osprey along the Yellowstone River.

“They haven’t given us anything substantial to indicate they are interested in coming up with a solution,” he said.

The Fish and Wildife Service noted the depredation permits are issued yearly, that its biological staff assesses the “application materials to determine whether the requested amount of take is sustainable for the species at regional and national levels. Adjustments or reductions may be made to the take request if it’s found that the population of the species could be negatively impacted. Take may be denied if the request is for a bird species that is of national or regional conservation concern, or if the applicant has not implemented techniques (within reason, given that each situation is unique) to reduce the depredation issue.”

Jay Pravecek, Hatchery Bureau manager for FWP, said his Miles City employees tried everything in their means to scare off fish-eating birds and geese. Although geese don’t eat fish, they scare spawning bass off their nests. FWP had Montana Dakota Utilities take down nearby osprey nesting platforms the company had erected to keep the birds off power poles close to the bass ponds. FWP employees tried dogs, big balloons, cracker shells and propane canons to scare birds, but within a day they were used to the new tactics and unfearful, he said.

The other problem for FWP is that the bass live in large two- to three-acre ponds, not small concrete raceways that would be easier to cover with netting. The ponds allow the bass to lay their eggs, rather than being cultured by hatchery personnel.

Regele is unconvinced there’s not a better way.

“There’s some smart people out there working on this problem,” he said.

Yellowstone Valley Audubon is willing to write grants, research existing literature and provide experts to find a nonlethal solution, but he feels FWP and USFWS have ignored his group’s appeals.

Pravecek said FWP has reduced the number of birds it has asked USFWS permission to kill, is seeking advice from East Coast hatcheries that have dealt with similar problems for longer and is looking into stringing flags across the ponds as a deterrent.

As to the issue of nonnative fish being favored over native birds, Pravecek said his bureau has been asked by the sportsmen and women of Montana to raise fish for them to catch. Bass have been raised in Miles City since the 1930s, he added. Walleye are the other main fish species the hatchery raises.

“Right now it looks like only Miles City is taking birds, and that’s not the case,” Pravecek said.

Here’s what the Yellowstone Valley Audubon Society is requesting in its online petition:

• A stay in federal and state permitting of lethal methods of managing piscivorous bird depredation on fish at Montana fish hatcheries for at least two full years beginning this spring;

• A commitment to publish a public report of related processes and findings.

A grizzly bear was killed Friday as Montana Fish, Wildlife and Parks staff investigated the scene where a West Yellowstone man was mauled by a bear Thursday.

In an avalanche season that nationally has tied with the worst on record for fatalities, Montana was the site of only two winter backcountry deaths.

A woman was injured Friday evening in a surprise close encounter with a moose in Virginia City.

A remote ranch next door to the Lee Metcalf Wilderness south of Big Sky is being offered for sale to a Bozeman-based nonprofit, but the $2.9 million purchase price has to be raised by April 30.

Scientists have developed a new way to test live animals for chronic wasting disease that holds promise for one day detecting the illness in the wild.

Two summers ago, a gillnetting crew working to catch invasive lake trout on Yellowstone Lake pulled up its nets and found a small, hand-sized fish that sent shock waves through the fisheries biologists working to save threatened cutthroat trout in Yellowstone National Park.

A shared interest in bison migrating into the Gardiner Basin has created a unique partnership.

Two Montana trails were beneficiaries of the 2021 Doppelt Family Trail Development Fund grants, which contribute to the development and maintenance of trail gaps on or near the preferred route of the Great American Rail-Trail.

Park officials in Montana have clarified an upcoming ticketed entry system for Going-to-the-Sun Road this summer.

While geysers and hot springs are relatively easy to find in Yellowstone, what about the caldera, and the lava flows and the two massive resurgent domes that formed after the caldera erupted? They’re there. You just need to know where to look. 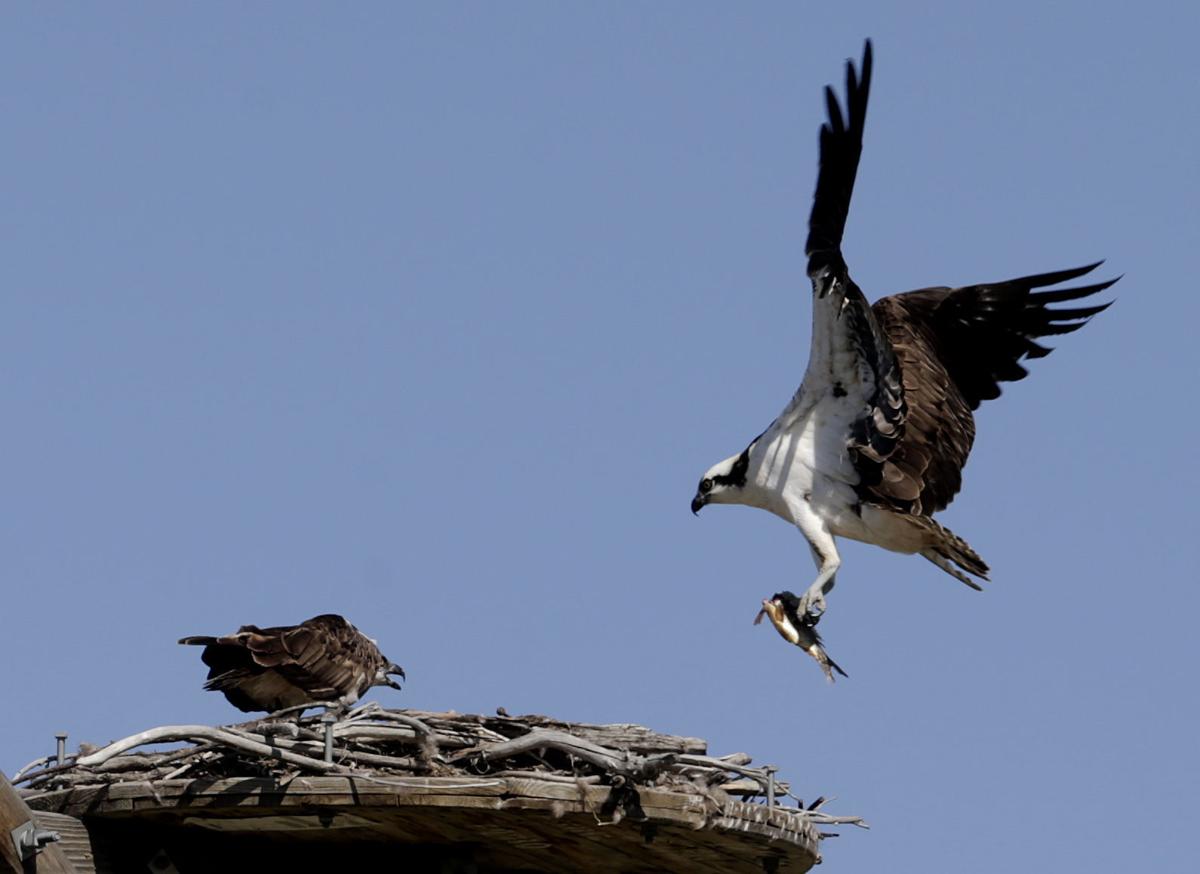 An osprey returns to the nest with a fish on a platform at the Montana Audubon Conservation Education Center on in 2015. Ospreys are fish hawks, and the bass ponds at the Miles City Fish Hatchery were too enticing for them to ignore. 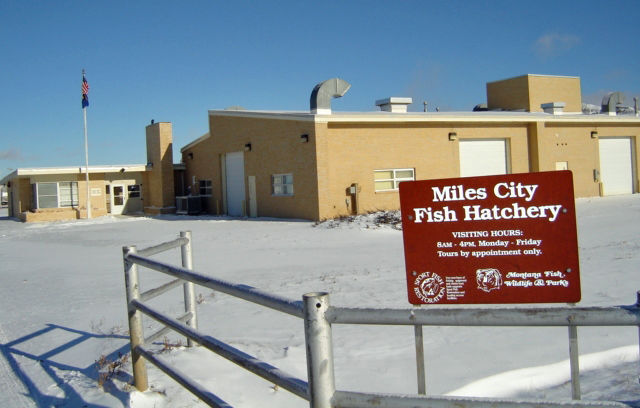 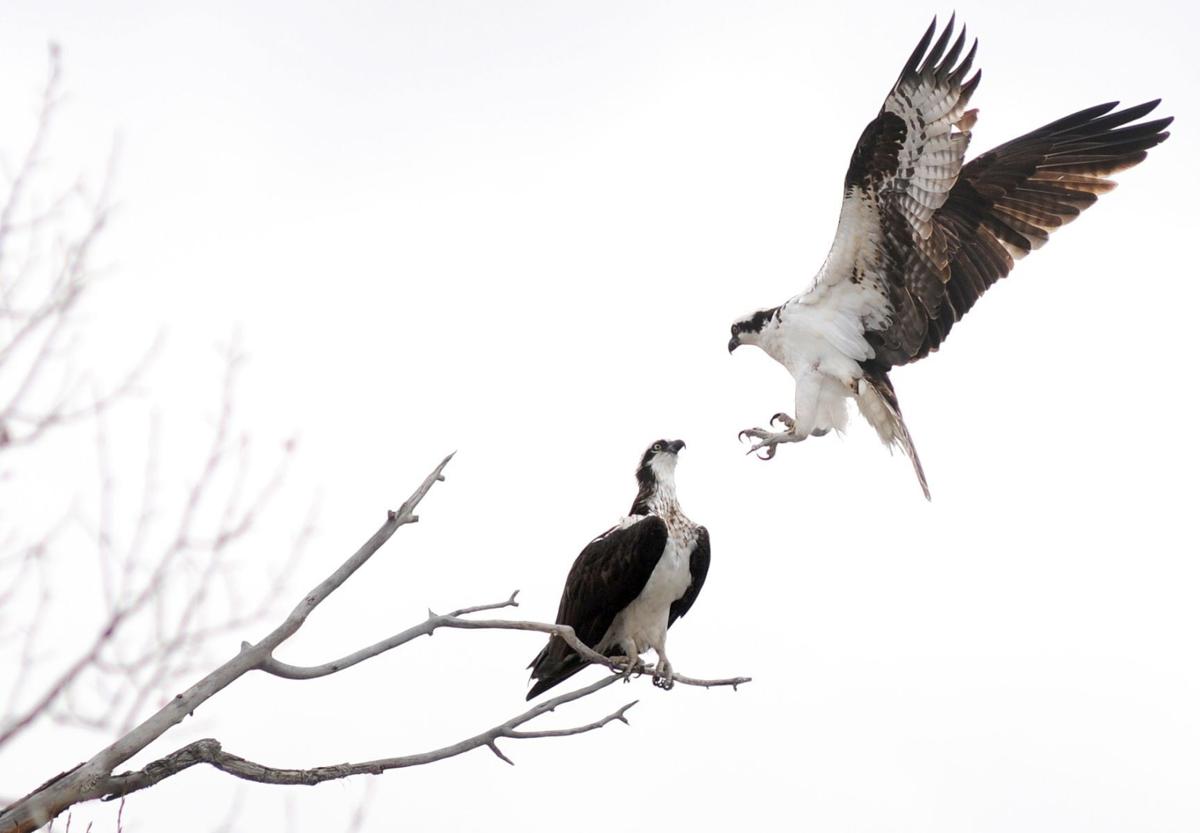 A pair of osprey go through a spring mating ritual along the Yellowstone River near Laurel in 2008. 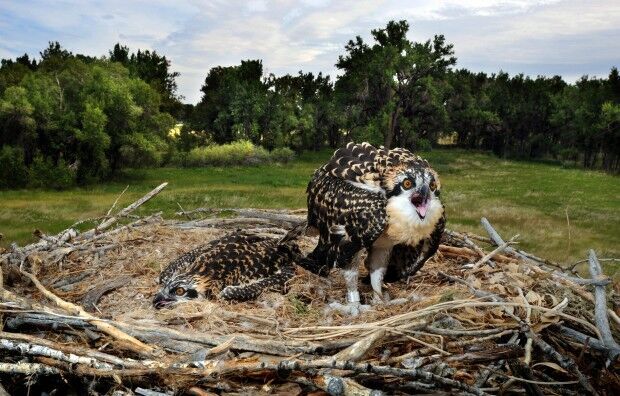 Two osprey nestlings were banded in 2012 as part of an osprey and water quality study near Laurel. 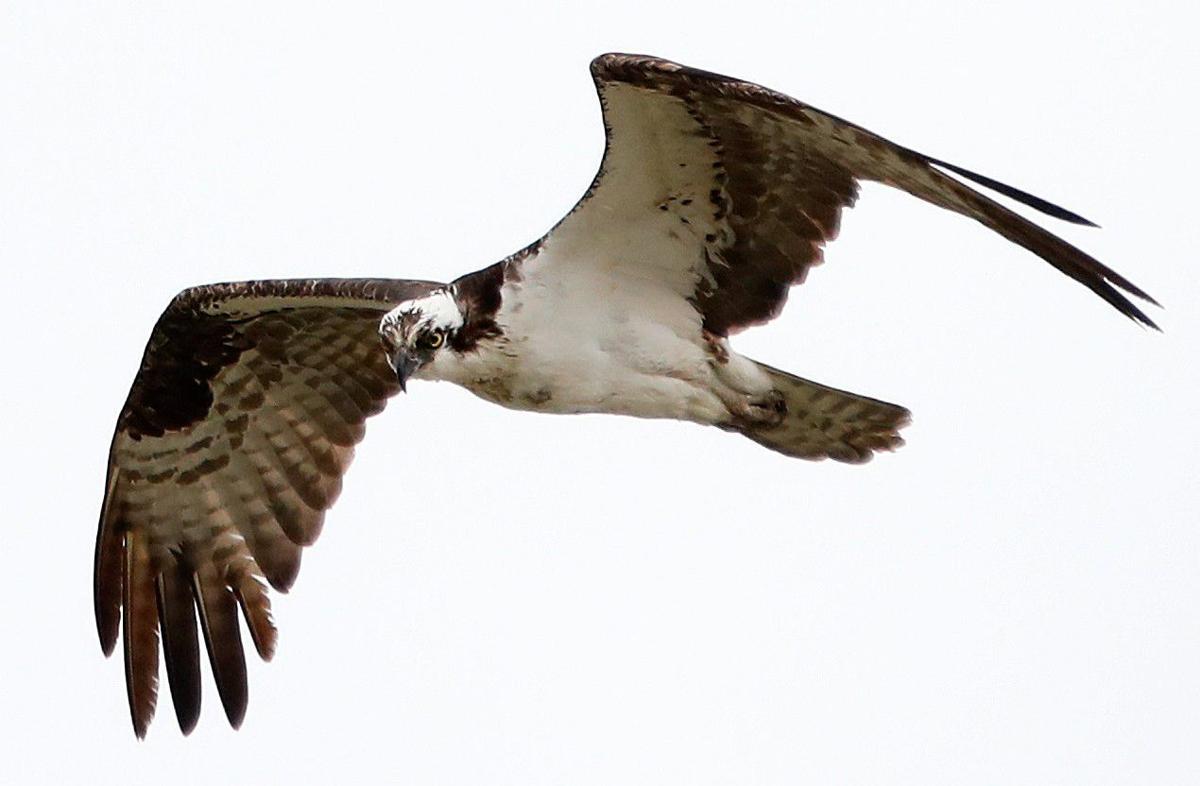 Osprey have been one of the species targeted by Montana Fish, Wildlife & Parks personnel at the Miles City Fish Hatchery in an attempt to protect largemouth bass brood stock.