On a landscape that has seen more conflict than compromise in recent years, the Custer Gallatin National Forest has released details of a proposed land exchange in the southern Crazy Mountains that would increase public access while adding landlocked blocks of private land to the forest and prevent them from being developed.

Under the proposal, outlined in an environmental assessment, portions of 3,225 acres of forest lands would be traded to the Crazy Mountain Ranch, Rock Creek Ranch, and Wild Eagle Mountain Ranch for about 3,797 acres of private land.

Discussions on the land deal have been underway since 2005, said forest spokeswoman Marna Daley, but hit full stride about three years ago as the agency was able to dedicate more staff to the project. She pointed to the proposal as an example of how working with landowners can result in greater public access.

Conservation groups have been critical of the agency in the past for not enforcing what they see as existing prescriptive easements across trails and roads to the Crazy Mountains once essential to the agency in monitoring and managing the region. One coalition even sued the Forest Service over its decision to reroute the Porcupine-Lowline Trail on the west side of the Crazies to avoid private land.

The Forest Service will host an open house in Livingston on Oct. 23 at the City County Building Community Room, 414 E. Callender St., from 5:30 p.m. to 7:30 p.m. to discuss the proposal and answer questions.

Under the proposal, the public stands to gain access to Rock and Smeller lakes, which are currently located on private land inside the forest boundary and surrounded by 10,000-foot-high peaks. The lakes would also provide secure Yellowstone cutthroat trout fisheries, a species of concern in Montana.

The easement on the Robinson Bench Road No. 193 to the Rock Creek Trailhead, which accesses the lakes, would also be perfected as the forest lacks that legal documentation on three sections of land that the road crosses.

Also as part of the deal, a portion of the Cottonwood-Lowline Trail No. 272 would be rerouted onto forest land with the Crazy Mountain Ranch kicking in $75,000 for trail building expenses. “A location for the proposed relocation of portions of Cottonwood Lowline Trail No. 272 has been identified, mapped and tentatively agreed upon by Forest Service and CMR,” according to the EA. The trail, when fully built at some future date, would connect Cottonwood Creek to Rock Creek.

The agency would also acquire a permanent administrative easement for the Rock Creek Road No. 199 and North Hammond Creek Road No. 1958 for agency emergency and project access (including weed control, restoration activities, and permit administration). Those roads would not be accessible to the public.

The Crazy Mountains, located north of Livingston, are an odd beast in Montana. That’s because entire sections of land within the forest boundary and high up in the mountains are privately owned. The checkerboard of private lands dates back to when the Northern Pacific Railway Co. was granted sections of property by the government as part of the enticement for laying track out West.

Since 1934 the forest has worked to consolidate its holdings through exchanges, land purchase, and road easements that now total 38,915 acres.

Even though the exchange would help consolidate public and private lands, the Crazy Mountains hold more than 50 square miles of private land, or 32,000 acres. Of those, 37 square miles are surrounded on all four sides by forest lands.

For the public, such checkerboard patterns can limit access to adjoining public lands, as well as lead to trespassing in areas that would otherwise appear to be part of the national forest. The lands also provide a friction point between landowners and the public. Late last month members of the Crow Tribe decried the building of a cabin on private land deep in the Crazies out of concern it could eventually lead to motorized access to the area, which they consider sacred. The land is owned by New York investment banker David Leuschen.

The three ranches involved in the proposed land exchange have owners with deep pockets. The 48,000-acre Rock Creek Ranch is owned by Texas oilman Russell Gordy who told the Wall Street Journal he owns $96 million worth of ranches spread across the country, including ranch land in Wyoming. Multinational tobacco giant Philip Morris, which is now called Altria Group and is based in Richmond, Virginia, owns the Crazy Mountain Ranch. The Wild Eagle Mountain Ranch is owned by billionaire Whitney MacMillan, former CEO of agribusiness giant Cargill Inc. and a member of Cargill’s founding family.

Gordy and MacMillan have banded together, along with other landowners in the area, to successfully fight proposed wind farms at the base of the Crazy Mountains on state and private lands.

Although land exchanges have been known to take years to complete, Daley said the Forest Service hopes to be “moving forward” in the next year.

The environmental assessment and proposed action is available online at: http://www.fs.usda.gov/project/?project=56687. The notice and supporting documentation is also available for review at the Custer Gallatin National Forest Office located at 10 East Babcock in Bozeman. For additional information contact Dee Closson at 406-599-7752, dee.closson@usda.gov.

Comments should be received by Nov. 18 and can be submitted via mail, fax, or in person (Monday through Friday, 8 a.m. to 4:30 p.m., excluding holidays) to Forest Supervisor Mary Erickson, PO Box 130, Bozeman, MT 59771. Electronic comments, including attachments, can be submitted to https://cara.ecosystem-management.org/Public//CommentInput?Project=56687

A man injured after an approximately 50-foot fall while rappelling in a remote area near the Stillwater River Trail was rescued over the weekend after about 12 hours of work from multiple first responder groups.

Outdoor recreation is exempt from Montana's stay-home order, but don't go too far

Gov. Steve Bullock’s stay-at-home order included multiple exemptions for essential services such as purchasing food or visiting the doctor. But it also provides a notable exemption for outdoor recreation while practicing social distancing.

"We’re hoping this thing will take its toll, we’ll get through it and get back on the water.”

In an ongoing court battle, a federal judge has ruled that the Custer Gallatin National Forest failed to properly analyze the impacts on elk hiding cover and wolverines created by a 5,600-acre logging project near Yellowstone National Park’s western border.

About 38% of the reservations at Gregory Lesky’s Kampgrounds of America business in the Paradise Valley have been canceled in the wake of the new coronavirus pandemic, but he’s hopeful RV and camping tourism will pick back up by summer.

Going fishing? Take a few precautions to be coronavirus safe

For many of us, being off work or out of school due to the coronavirus pandemic means an opportunity to go fishing. But should we?

Welcome back to an unusual start to the 2020 fishing season.

More than 460 Yellowstone bison killed so far this season

With the season nearing its end, tribal hunters have killed more than 200 Yellowstone National Park bison this winter with another 267 shipped to slaughter, according to information gathered by the National Park Service as of March 20. 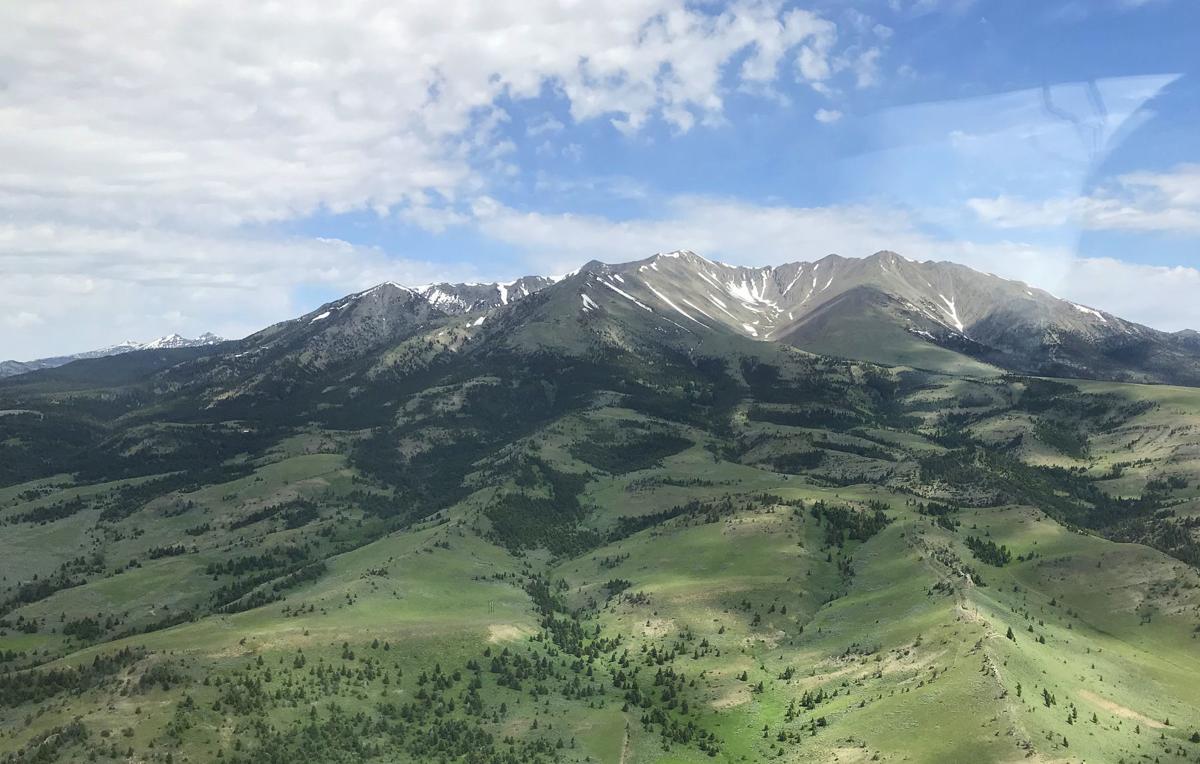 The Crazy Mountains have checkerboarded land ownership thanks to the government giving the Northern Pacific Railway entire sections of lands in exchange for building rail lines to the West. 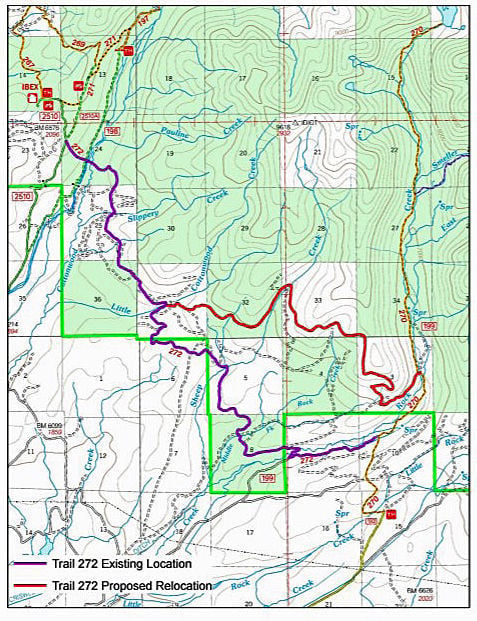 This map shows the proposed relocation of the Cottonwood Lowline Trail off of private land and onto the forest. 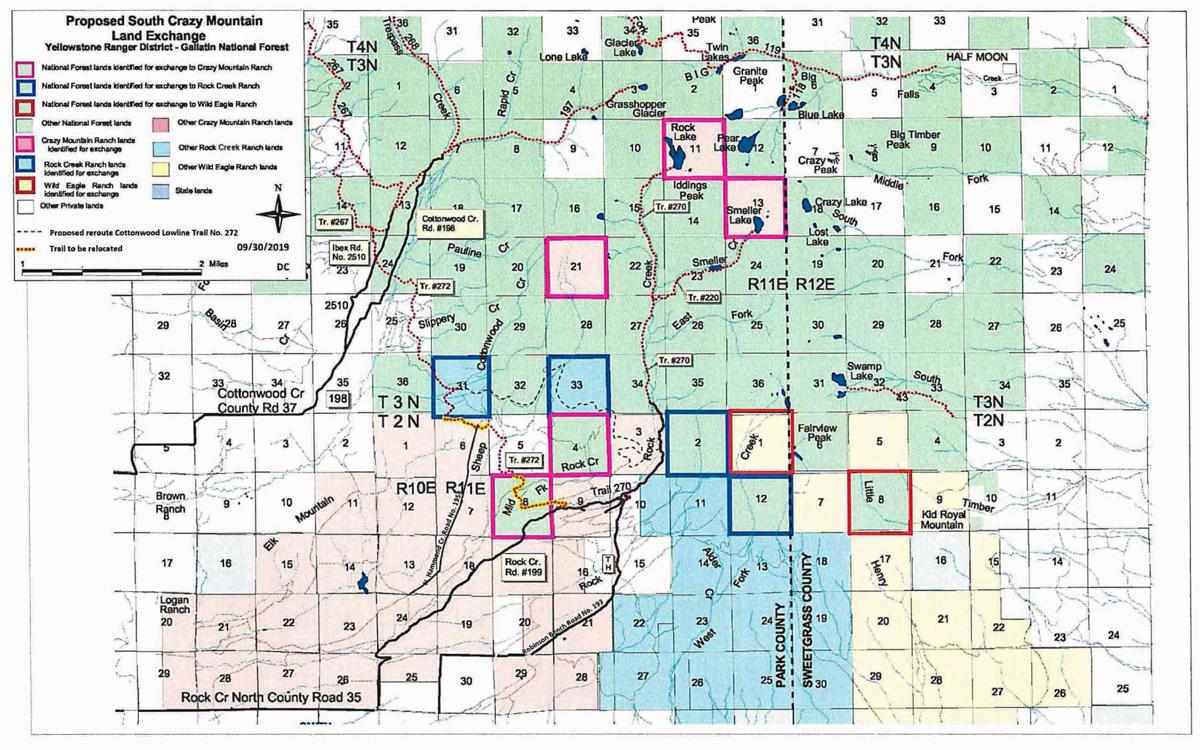 Lands proposed for exchange in the Crazy Mountains are highlighted in this Forest Service map. 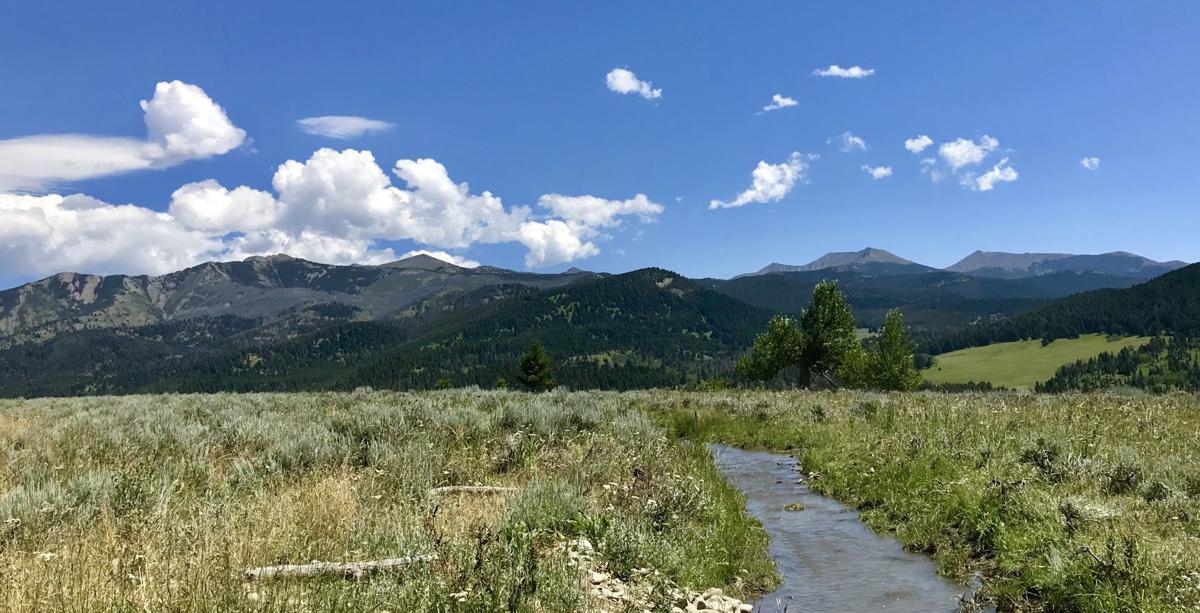 A land exchange between the Custer Gallatin National Forest and three ranch owners is being proposed on the southern end of the Crazy Mountains.