After more than 16 years of talks, hunters, horseman, hikers and bikers should soon have access to the northeast side of the Crazy Mountains.

The McFarland White Ranch has inked an agreement with the Forest Service to allow nonmotorized access from a section of state land across their property to the forest boundary. The distance is close to three miles and follows an old road that gains about 400 feet in elevation. Users will be required to stay on the trail between the state and federal lands. The route will be designated Big Elk Creek Trail No. 640.

“This is just another piece of the puzzle increasing access to the Crazies,” said Nick Gevock, conservation director for the Montana Wildlife Federation.

The new trail won’t be open to the public until a fenced and graveled parking area has been constructed on the state land, according to a press release from the Helena-Lewis and Clark National Forest.

“The expected opening as of now is late November, but as there always is with construction in Montana, a myriad of factors could accelerate or delay our plans,” said Carol Hatfield, White Sulphur Springs District ranger.

“Big Elk Canyon is steep,” said Mac White, the Two Dot-area landowner who negotiated the easement with the Forest Service. “It’s a fairly deep area, three to four miles. But on the south side of it you run into my property again.”

The talks resulting in the agreement were long and at times contentious.

The Forest Service began negotiations for reciprocal access to the area in 2004 and later approached the Department of Natural Resources and Conservation, which manages state lands.

In 2006, then-Sen. Conrad Burns attached a rider to a Department of Interior bill that would have granted White access to his inholdings in exchange for the Forest Service gaining administrative access to Big Elk Canyon. Administrative access would have allowed only the Forest Service entry to manage its lands, not the public. Burns' office later said the measure was a way to pressure the parties to negotiate a deal.

Then in 2008, White provided his own proposal, suggesting a land swap that would have included state land. In that plan, White offered to grant public motorized access across his land to the forest boundary but only to those who received permission slips from him. The Forest Service rejected the offer because it wanted unrestricted public access to the federal lands.

Four or five years ago, White said Helena-Lewis and Clark National Forest supervisor Bill Avey approached him seeking to find a way to settle the issue. White said concerns about the “access clamor” on the east side of the Crazy Mountains prompted him to act.

“It was time to get something done before a guy wound up in court for it,” he said.

Under the new agreement, White will be able to drive to his checker-boarded lands inside the forest boundary.

A local consortium of conservation groups and area landowners have recently constructed an agreement to swap forest and private lands and build a trail from Big Timber Canyon north into Sweet Grass Canyon. The group is still wading through public comments collected at meetings this summer before it formally submits a proposal to the Forest Service sometime this fall.

"The new easement for Big Elk Creek is a huge step forward for public access on the east side and shows the value of directly working with landowners,” said Erica Lighthiser, of the Park County Environmental Council. The PCEC is part of the coalition promoting the east side land swap.

On the west side of the range, which borders the Shields Valley, the Forest Service has been sued after abandoning an old trail — the Porcupine Lowline Trail — in favor of a new path following an agreement with a landowner. The agency has also taken comment on a land exchange at the southwest end of the mountain range to consolidate Forest Service holdings. A draft decision on that proposal is scheduled for release this fall.

Last year, the Montana Chapter of Backcountry Hunters and Anglers and four other conservation groups lost a lawsuit seeking to stop the Forest Service from constructing the new Porcupine Trail. The group is also party to an unresolved lawsuit seeking to force the Forest Service to assert prescriptive rights, based on historic use, to old trails in the Crazy Mountains.

“This agreement equally serves the public and adjacent landowners and should be a template to inform subsequent agreements and land swaps,” he wrote in an email.

As a result of limited public hunting access along the east side of the Crazy Mountains, Hunting District 580’s elk population has grown to more than 4,100 head, according to Montana Fish, Wildlife & Parks’ most recent survey in 2019. The population objective for the herd is between 780 and 1,170. The objectives are based on landowner tolerance for the big ungulates.

“The Big Elk access will provide some additional harvest opportunity to the general public during both archery and the general seasons on national forest land in the Crazy Mountains,” wrote Justin Paugh, FWP wildlife biologist in Big Timber, in an email. “However, elk in the area generally are concentrated on private land during both the archery and rifle season. The Big Elk access does not address that issue. Based on observations by biologists, landowners and hunters, FWP estimates 80% of elk in district 580 are concentrated on private lands and generally inaccessible to the public by the time archery season ends.

“While the Big Elk access will provide some additional harvest on the national forest, it is not going to be a ‘game changer’ in terms of overall elk management in 580,” Paugh concluded.

White has long allowed some hunters access to portions of his ranch, with permission. He said this will continue, but thinks the sport is slowly dying since he sees few young hunters.

But as Gevock noted, the easement will provide access to more than just elk hunters, helping to spread recreationists out in a year that has seen increasing pressure on public lands due to the novel coronavirus.

“Progress is slow but steady,” he said. 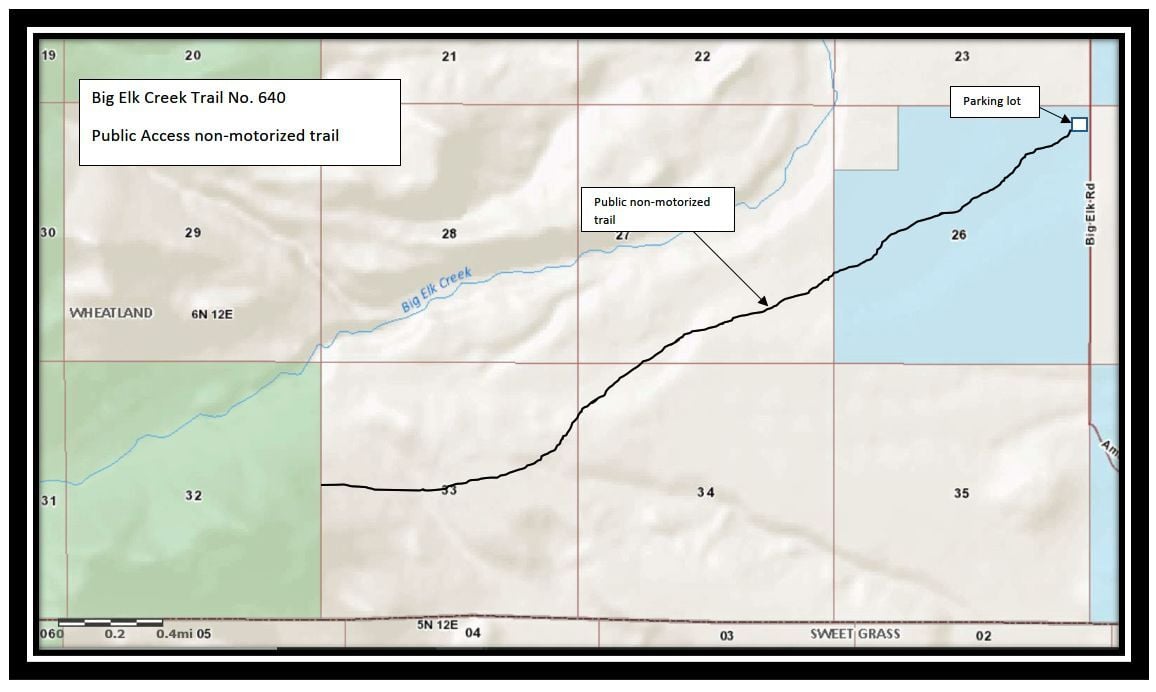 The new easement will allow the public to access the Crazy Mountains via this three-mile trail from state land. 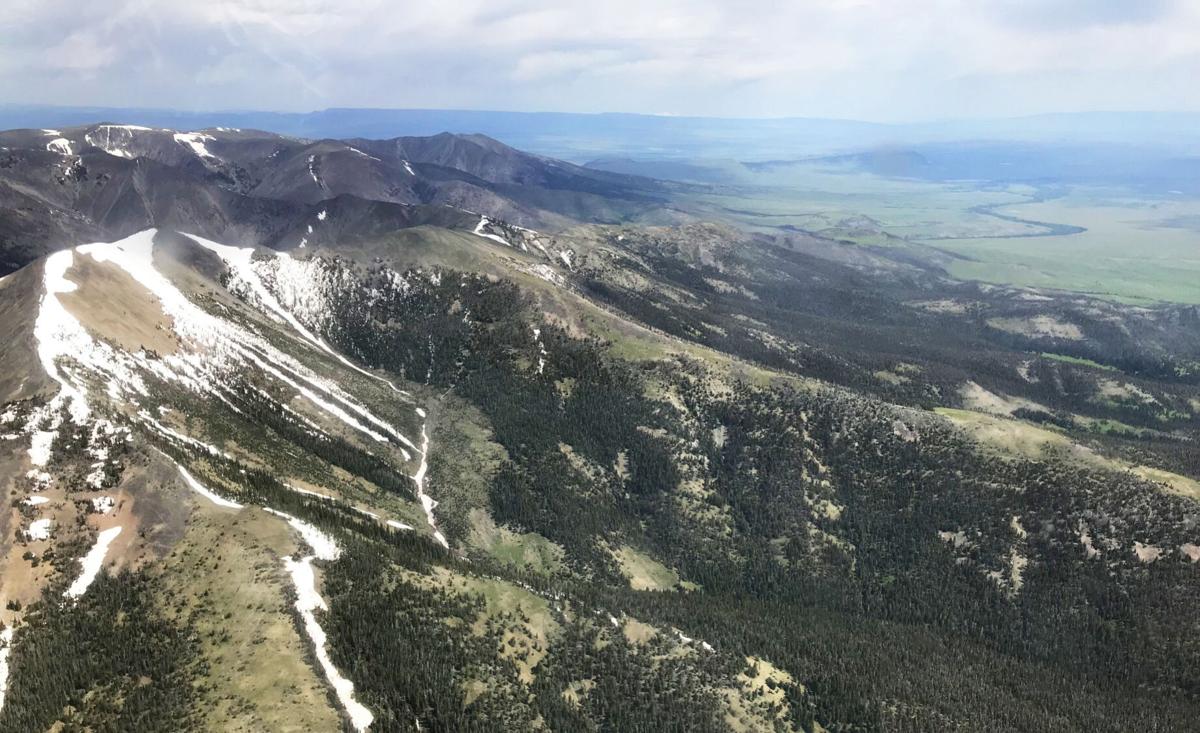 This northeast section of the Crazy Mountains rises from the plains east of the small town of Melville. Big Elk Creek can be seen in the top right section of this photo. A new easement would provide access to federal lands in the mountains via a road near Big Elk Creek.

According to Montana Fish, Wildlife & Parks, the lower elevations of the Crazy Mountains on the east side contain 80% of the elk in Hunting District 580. 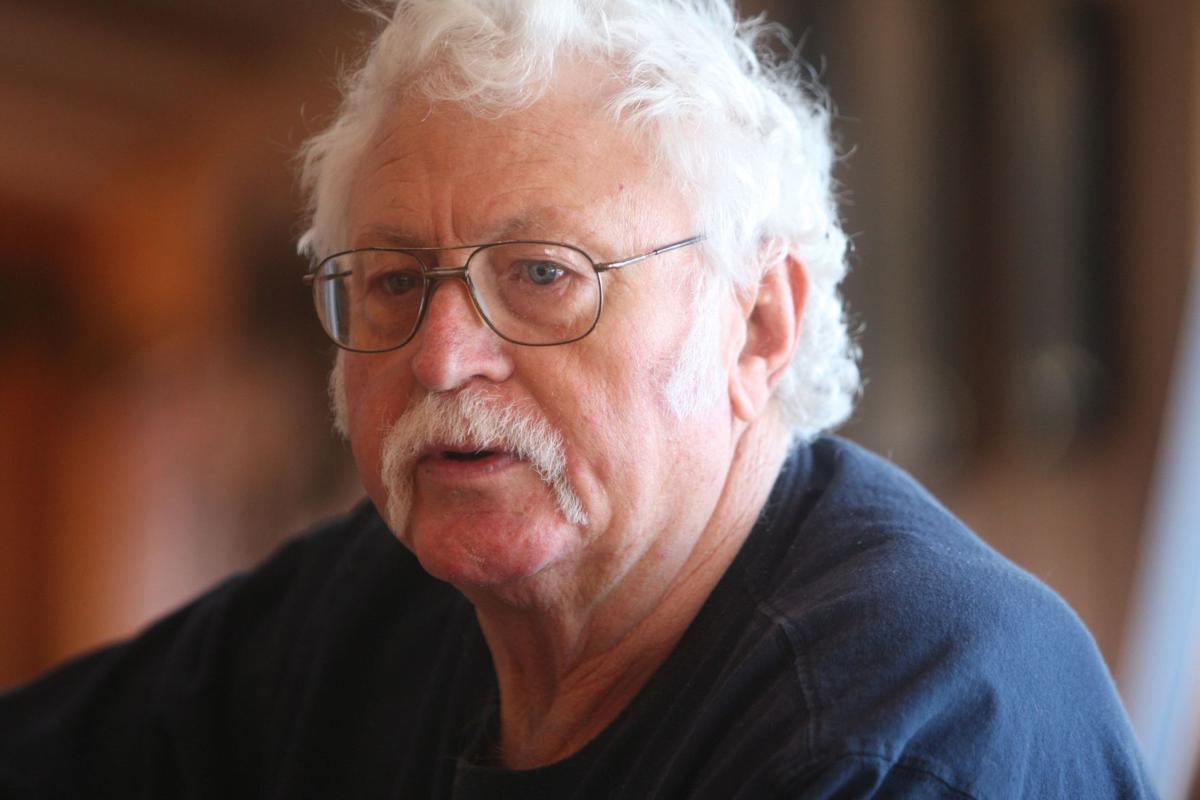 In this 2008 photo, Mac White discusses an agreement he had proposed with the Forest Service regarding access via the same Big Elk Creek route. 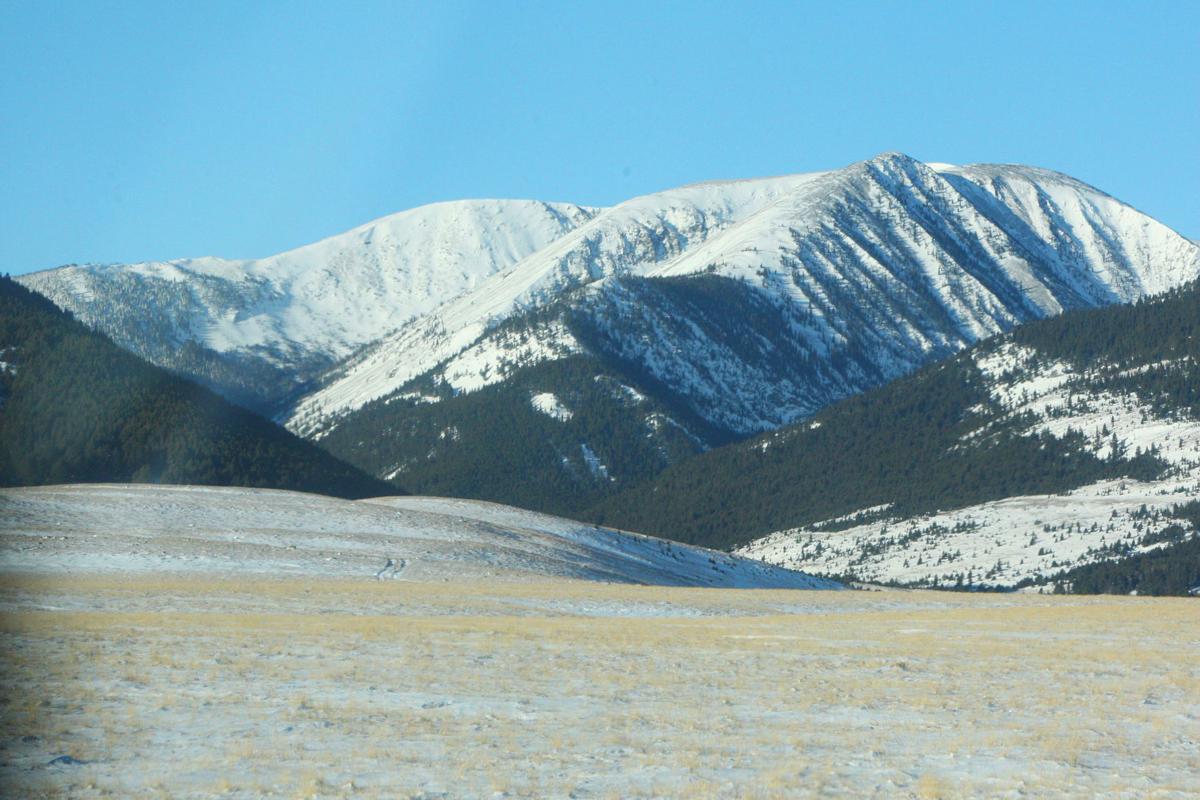 Big Elk Canyon, the drainage to the left, is located on the northeastern end of the Crazy Mountains. A new access agreement will allow nonmotorized travel into the area from the east.