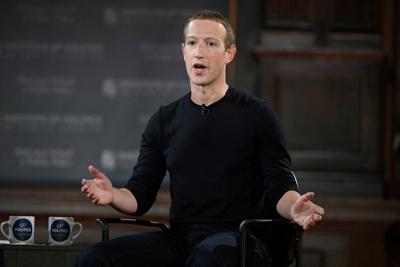 Another congressman from Wisconsin is backing fair negotiations between local news providers and giant technology companies so journalists get paid for their work.

U.S. Rep. Tom Tiffany, R-Minocqua, said last week he added his name as a cosponsor to the Journalism Competition and Preservation Act because several news outlets in his northern Wisconsin district could go out of business due to the predatory practices of Big Tech.

“For far too long, tech giants like Google and Facebook have hamstrung local news organizations with their monopolistic power,” Tiffany said in a statement to the State Journal. “The Journalism Competition and Preservation Act will give hardworking local reporters a level playing field and relief from Big Tech’s anticompetitive practices.”

He’s right. And more members of Wisconsin’s congressional delegation should get behind this important cause to preserve independent and professional reporting in their local communities.

Tiffany joins Rep. Glenn Grothman, R-Glenbeulah, and 75 other members of Congress in backing a level playing field for fair negotiations over how local news reports may be used and monetized by search engines and social media sites.

Supporters include 44 Democrats and 20 Republicans in the House, and seven Republicans and six Democrats in the Senate. That’s about as bipartisan as it gets. And a key Senate committee is expected to take up the proposal soon, advocates say. The Senate Judiciary Committee should recommend and send the bill to the full Senate for a vote, where Sens. Tammy Baldwin, D-Madison, and Ron Johnson, R-Oshkosh, should be supportive.

The Journalism Competition and Preservation Act would let local news providers negotiate as a group with the biggest technology companies for up to four years. The temporary exemption from federal antitrust laws would give local news outlets more leverage to secure advertising revenue and better control how their stories are used by Google, Facebook and a handful of digital brokers.

Big Tech companies grab most of the revenue now, with a take-it-or-leave-it attitude toward news providers, even though local journalists are the ones producing much of the content these technology companies profit from. That’s not a free or fair market.

News publishers are gaining record audiences online. With so much unattributed and untrustworthy information on social media and shady online platforms, the public is seeking — and needs — credible information from local sources in their communities.

Scott Milfred: Newspaper has stood for public good -- for 175 years

Yet many reliable outlets — including smaller newspapers in Tiffany’s northern Wisconsin district — are struggling to survive because Google and Facebook control so much of who gets to see what online, and how revenue from all that traffic is divvied up.

Google and Facebook control the digital market and enjoy dictating the terms to their favor. But Americans are increasingly suspicious — with good reason — that these companies are unfairly distorting discussions, highlighting sensational claims, encouraging division, vacuuming up personal information and hurting our democracy.

The Journalism Competition and Protection Act would encourage the tech giants to negotiate in good faith over the value local journalism provides for their platforms, as well as how it appears and is prioritized. And instead of Big Tech snatching most of the advertising revenue, more could go back to newsrooms to pay for local news coverage.

The views expressed in the editorials are shaped by the board, independent of news coverage decisions elsewhere in the newspaper.

“The mission of a freedom caucus, Montana congressman Matt Rosendale told state lawmakers in Helena Thursday evening, can be defined by what i…

In an effort to increase accountability and oversight of state government agencies’ operations and spending, Senator Tom McGillvray, R-Billing…

At a recent Senate Committee hearing, SB 142 was introduced to add protections for consumers and developers that pay impact fees. Fees are imp…

Many areas of Montana, including in the Bitterroot Valley, are facing a crisis of housing availability and affordability. It’s one of the main…

Montana is fortunate to be a state with farmers, ranchers and organizations dedicated to making quality food available to our communities. Unf…

Too much money is a good problem to have but how to spend it gets thorny. I’d like to see a clear and simple accounting of just where it all c…

Commissioners will be responsible for injuries

Let it be known: Should the Ravalli County Commissioners, on Jan. 3, approve an application for a new commercial subdivision north of Victor w…