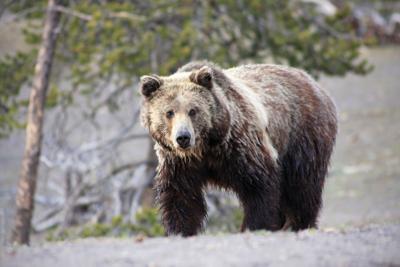 This story also contains an excerpt from “The Grizzly in the Driveway: The Return of Bears to a Crowded American West” by Robert Chaney, author and long-time reporter for the Missoulian.

Listen to this story: Spirit Animal, read by Robert Chaney

In his greeting to the Interagency Grizzly Bear Committee, a man named Standing Grizzly Bear demonstrated the multifaceted perspective some cultures have toward animals.

Standing Grizzly Bear is also known as Mike Durglo, and he is the Confederated Salish and Kootenai tribal historical preservation director. At the meeting, he greeted the committee with a story from his early career as a game warden.

Durglo worked under Chuck Jonkel from 1977 to ’79 on the Border Grizzly Study. He had captured grizzlies and brought them to Missoula where Jonkel and Carrie Hunt were developing the first successful bear spray deterrent. For thirteen years, he was the Flathead Indian Reservation’s tribal grizzly bear manager—“only bitten once.”

In his younger days, Durglo patrolled the reservation’s tribal wilderness area for three days at a stretch, usually solo. Once, heading to Summit Lake behind McDonald Peak, he was working his way up a set of rocky switchbacks on the side of a cliff. He heard a grrrrr. A grizzly bear was coming down the same switchback.

“My grandfather had told me what to do, if you ever meet a bear and have nowhere to run or go,” Durglo said. “He said wait for the bear to charge you. So I did. And just as he was ready to bite me, I reached into his mouth and grabbed his tail and pulled so hard I pulled him inside out. And he turned around and kept running the other way."

He added, “I kind of feel bad about it. One of these days, I’m going to have to sneak up behind him and make him right.”

At the 2018 IGBC meeting where Durglo told his joke, most of the mostly white audience wasn’t accustomed to pulling pranks on God. A spirituality where other creatures, and even creation itself, can have a holy relationship with humans in the here and now doesn’t fit comfortably with mainstream American Christianity, where people are on earth and God is in heaven.

The Pew Research Center on Religious and Public Life reports 70 percent of the United States identifies as Christian, with only 6 percent avowing “non-Christian” faiths such as Judaism, Islam, Buddhism, and Hinduism. One-fifth of those surveyed claimed they were unaffiliated: either agnostic, atheist, or “nothing in particular.”

The numbers of followers of Native American spiritual traditions don’t even rank on the survey. But they may play an outsized role in grizzly country.

Durglo spoke shortly after a US Fish and Wildlife Service representative announced that the final rule for removing federal protections from about a thousand grizzlies in the Northern Continental Divide Ecosystem would be published by the end of that year. A few days later, official representatives of the Blackfeet and Confederated Salish and Kootenai tribal governments said they had no intention of meeting that deadline. Furthermore, the tribes said that allowing states to set trophy hunts for grizzlies was a “showstopper,” in the words of CSKT Wildlife Program Manager Dale Becker.

“There’s more than just biology related to species recovery here,” Becker said. “The larger audience is strictly thinking about wildlife. But grizzly bears are a cut above pretty much every species on the reservation. They have a role in the tribes of tremendous cultural, spiritual, and ecological significance. Travel all over our land looking at petroglyphs, and sooner or later the bear turns up. He’s in our elder stories, our grandparents’ stories. He’s the guardian of our ancestral lands.”

The Confederated Salish and Kootenai Tribes (CSKT) were among the first stakeholders to acknowledge and react to the grizzly’s listing as a threatened species under the Endangered Species Act in 1975. The tribes designated ninety thousand acres of their Flathead Indian Reservation as tribal wilderness, banned grizzly hunting and imposed seasonal closures on the most popular climbing peaks when grizzlies congregated there to feed on high-altitude ladybugs and moths. Yet 2018 marked the first time the Interagency Grizzly Bear Committee had held a meeting on reservation land since the bear received federal protection.

That matters, because the CSKT and Blackfeet tribal governments have active membership in the Interagency Grizzly Bear Committee, as well as oversight of 2.8 million acres of prime grizzly recovery habitat—more than the entire Bob Marshall Wilderness Complex that forms the core of the Northern Continental Divide Ecosystem for grizzly recovery.

However, American Indians were systematically erased from the grizzly bear story of American settlement. In his influential 1901 essay “Our National Parks,” John Muir observed “as to Indians, most of them are dead or civilized into useless ignorance.” In that same paragraph, Muir sympathized more with the parks’ remaining bears: “Poor fellows, they have been poisoned, trapped and shot at until they have lost confidence in brother man.”

American Indians hold a complicated position in the recovery of the grizzly bear. Where dominant American society had almost no recorded encounters with grizzlies before 1805, Mike Standing Grizzly Bear Durglo claims a family relationship pushing back ten thousand years, give or take a millennium. He can recite cultural traditions and beliefs regarding grizzly bears that have just as much relevance and durability as the Virgin Mary has to a Christian or Ganesh has to a Hindu. The grizzly shows up in his world creation stories like Adam and Eve and teaches lessons like Siddhartha Buddha. With one whopping difference. Standing Grizzly Bear, and anyone else, can occasionally meet a grizzly bear standing in the trail, word made flesh.

If you looked at the temperature of space, what would you get?

If you looked at the temperature of space, what would you get? 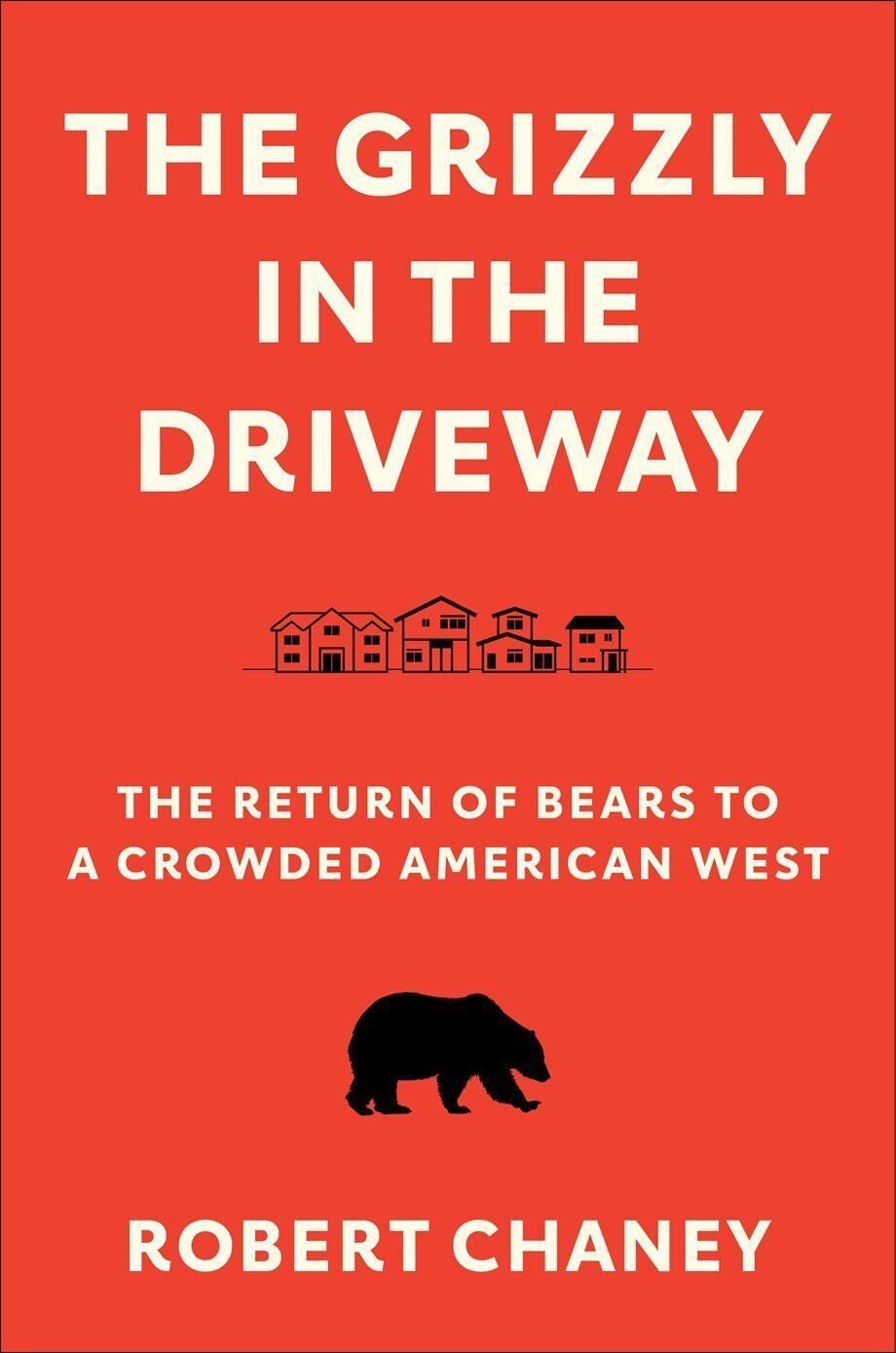 "The Grizzly in the Driveway: The Return of Bears to a Crowded American West" by Robert Chaney 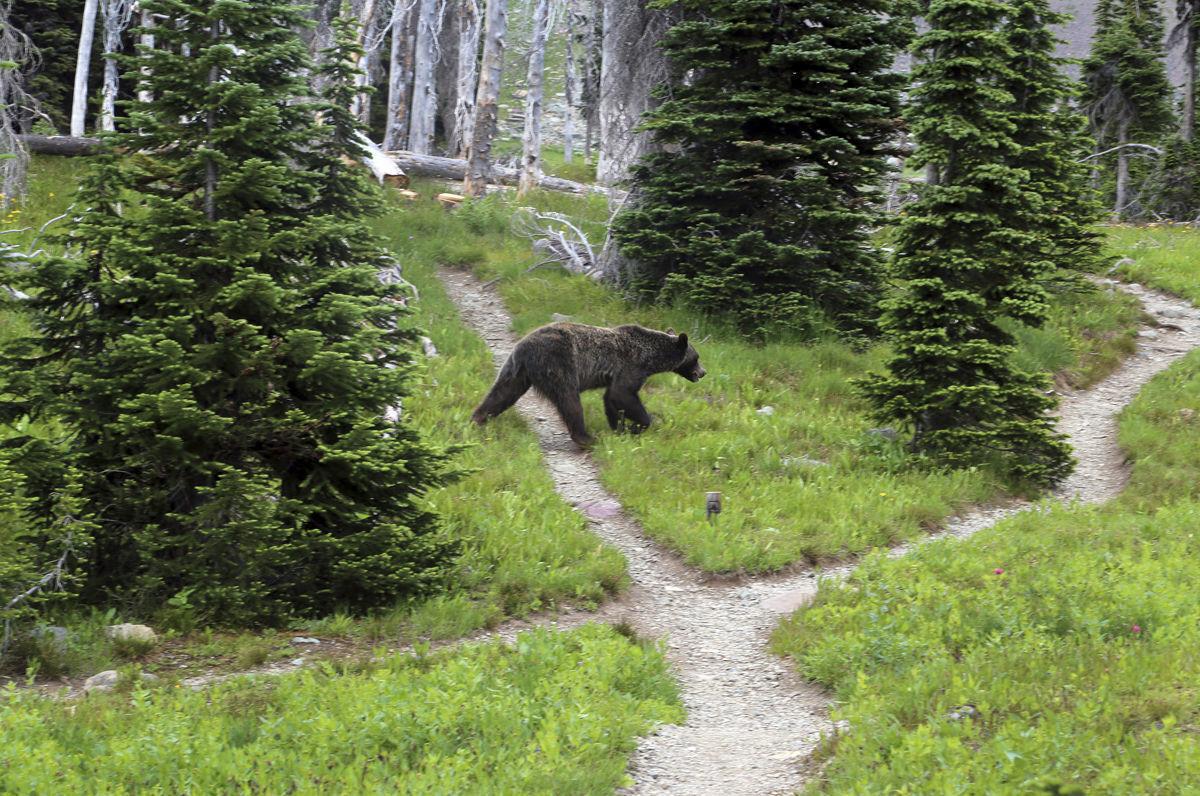