Five distinct units of land in Madison, Meagher, Gallatin and Broadwater counties comprise the ranch. Many consider it to be one of the most historically-significant land and cattle empires left in the Rocky Mountain West, according to Swan Land Company.

The family who sold it — the Anderson family — ran commercial cattle and hay operations on it for over 60 years. Their land featured tipi rings and cave petroglyphs from the Crow and Blackfeet Tribes and tunnels from a historic railroad route.

A portion of the movie “A River Runs Through it” was filmed on the ranch.

The ranch offer came with around 2,000 Black Angus cattle and access to the Madison River, Sixteenmile Creek and prime elk habitat.

The offer also came with feedlots, barns, corrals, working shops and homes for the owners, employees and guests, Swan Land Company wrote in a news release.

Agents listed the ranch for $136.25 million this April. Agents did not disclose the agreed upon price, the final terms or who bought the property.

“It’s the highest-price ranch listing ever to sell in the state of Montana, to date,” he said.

Buck and Marcia Anderson bought the Climbing Arrow Ranch in 1959, then expanded it in the decades that followed. Buck was the grandson of Frank B. Anderson — the president of the Bank of California.

“Our family has had the great privilege of being the stewards of this beautiful ranch for over 60 years. The remarkable vision and ambition of our parents in making the CA Ranch into what it is today gave us the exceptional opportunity to raise families in a western ranching lifestyle, within a tightly knit community of friends,” the Anderson family said in a news release.

“While we feel both pride and tribulation in this change, it is time to pass the reins to a new owner who we hope will love and cherish the ranch as we have,” they said.

Swan said the deal involved a lot of moving parts, as the ranch is configured in distinct and separate units.

“Whenever you embark on a project like this with a ranch that’s been held in the same family for over 60 years, it’s very unique,” he said. “There are only a handful of ranch operations in the Rocky Mountain West of this size and scale.”

The largest unit, dubbed the “Francis Unit,” stretches across more than 60,000 acres north of Maudlow. It crosses Gallatin, Broadwater and Meagher counties and separates the Bridger and Big Belt Mountains.

The approximately 5,400-acre “Valley Unit” lies in the southwestern corner of Gallatin County about six miles south of Logan. It borders the lower Madison River for around five miles and holds around 1,200 irrigated acres of hay and crop land.

The “Hudson Unit” is the ranch’s primary winter grazing range. It encompasses around 12,000 acres in Madison County about seven miles southwest of the Valley Unit. It lies next to Ted Turner’s Flying D Ranch and attracts large elk herds.

The “Island” and “Logan” units hold about 550 combined pasture acres, with some acres stretched along the north side of the Gallatin River near Logan.

Swan said that while the Anderson family is aware that every owner has their own objectives, it was important to them to see the ranch carry on as an agricultural operation.

Bryce Connery, a sales associate for Premier Land Company, which represented the buyers, said the family owns another property in Montana and was excited to be a part of history and continue the Anderson family’s legacy of stewardship.

“They are not developers, so (the land) will be kept intact,” he said. “They are absolutely going to enjoy the benefits of the immense recreational opportunities, but they will continue to run the cattle and be good stewards of the land.”

Swan said time will tell whether the buyers carry out the goals and objects of the Anderson family. To him, the sale marks the end of an era in many ways.

“This family has been highly respected in our community for decades. I can only hope that the new owner follows in their footsteps and sees the value in being a good community member,” he said. “In so many of these cases, the family behind the ranch gate is what makes these places special.”

The surge of COVID-19 in Montana continues to swell.

Woman gets 40 years in strangling death of Dillon man

DILLON — A judge sentenced 21-year-old Sandy Rose Moore to 40 years in the Montana Women’s Prison on Tuesday for strangling an older boyfriend to death in a rental home they shared here.

The property is listed for sale at $14.75 million.

Idaho officials will make available up to $200,000 to be divided into payments for hunters and trappers who kill wolves in the state through next summer.

Distribution of the dividends starts Friday and will end by mid-November.

State breaks record for most hospitalized with COVID-19

Gabby Petito died three to four weeks before her body was found Sept. 19 near an undeveloped camping area along the border of Grand Teton National Park in remote northern Wyoming. 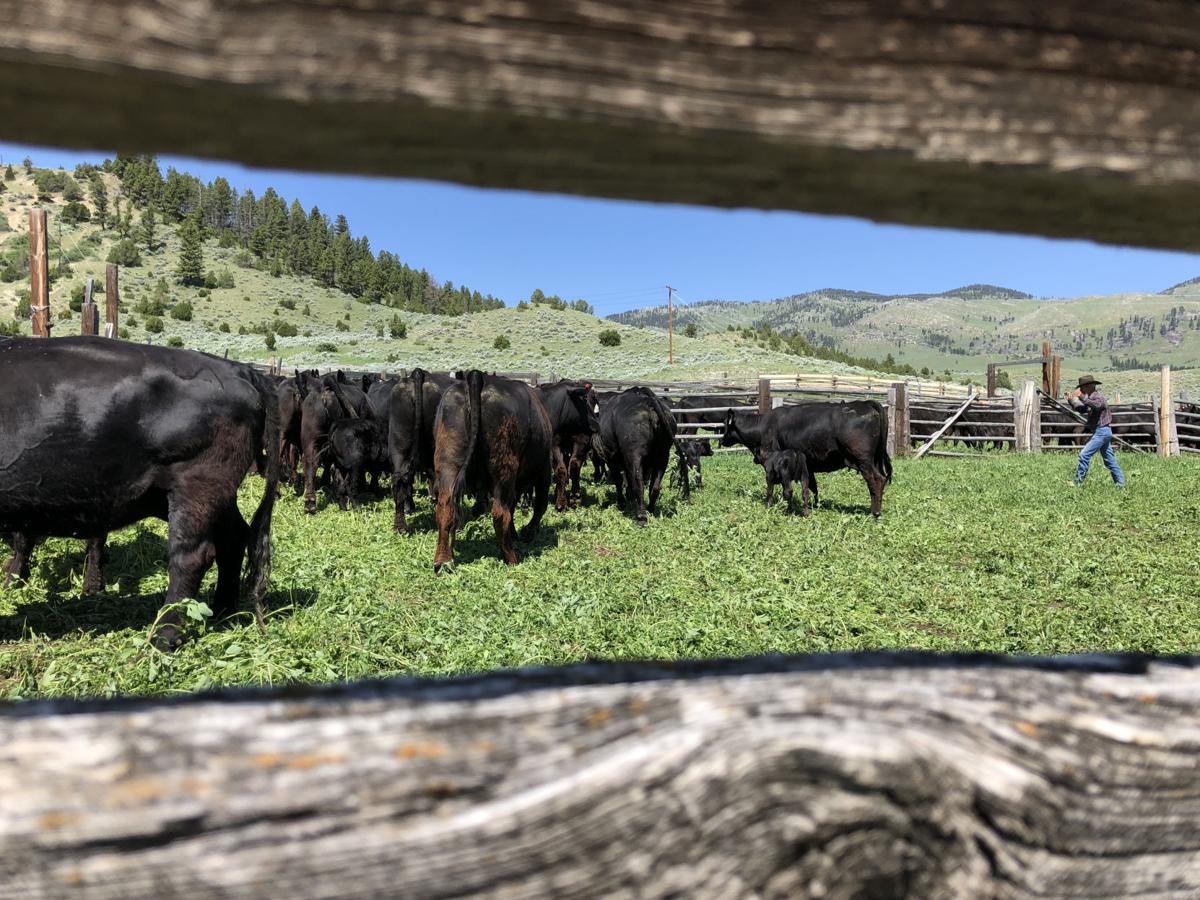 A cowboy herds cattle in a pen on a unit of the Climbing Arrow Ranch. The ranch was recently sold after being listed for over $135 million. 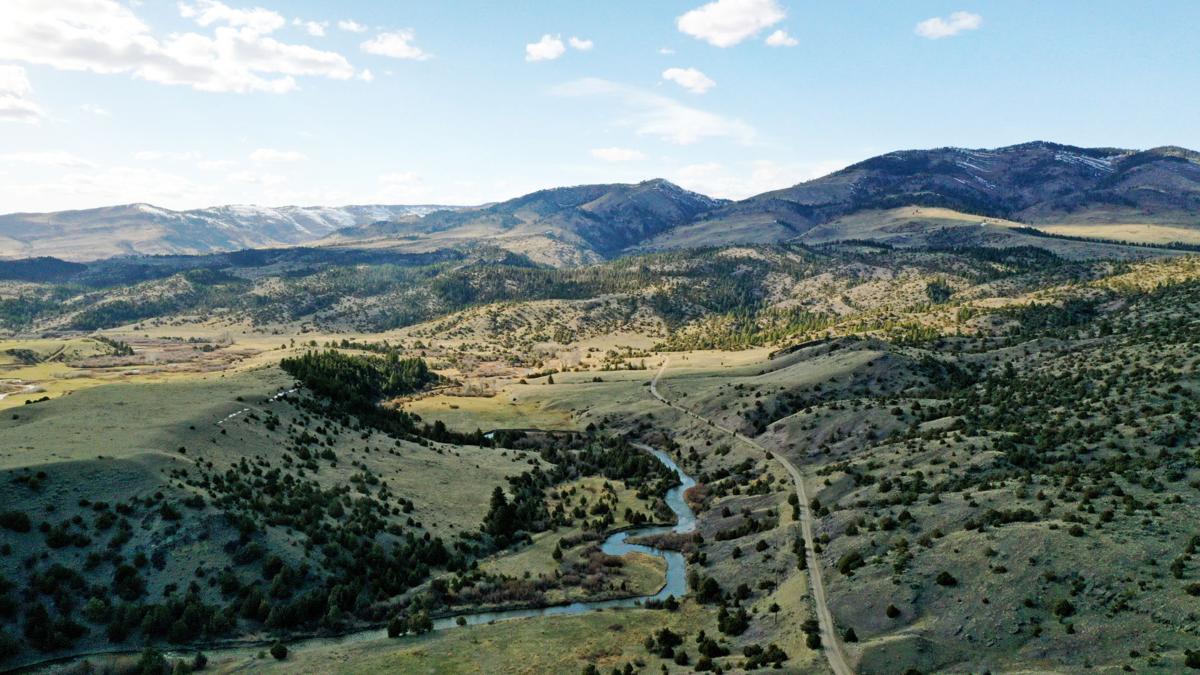 A contributed photo shows a river running through a unit of the Climbing Arrow Ranch. The ranch was recently sold after being listed for over $135 million. 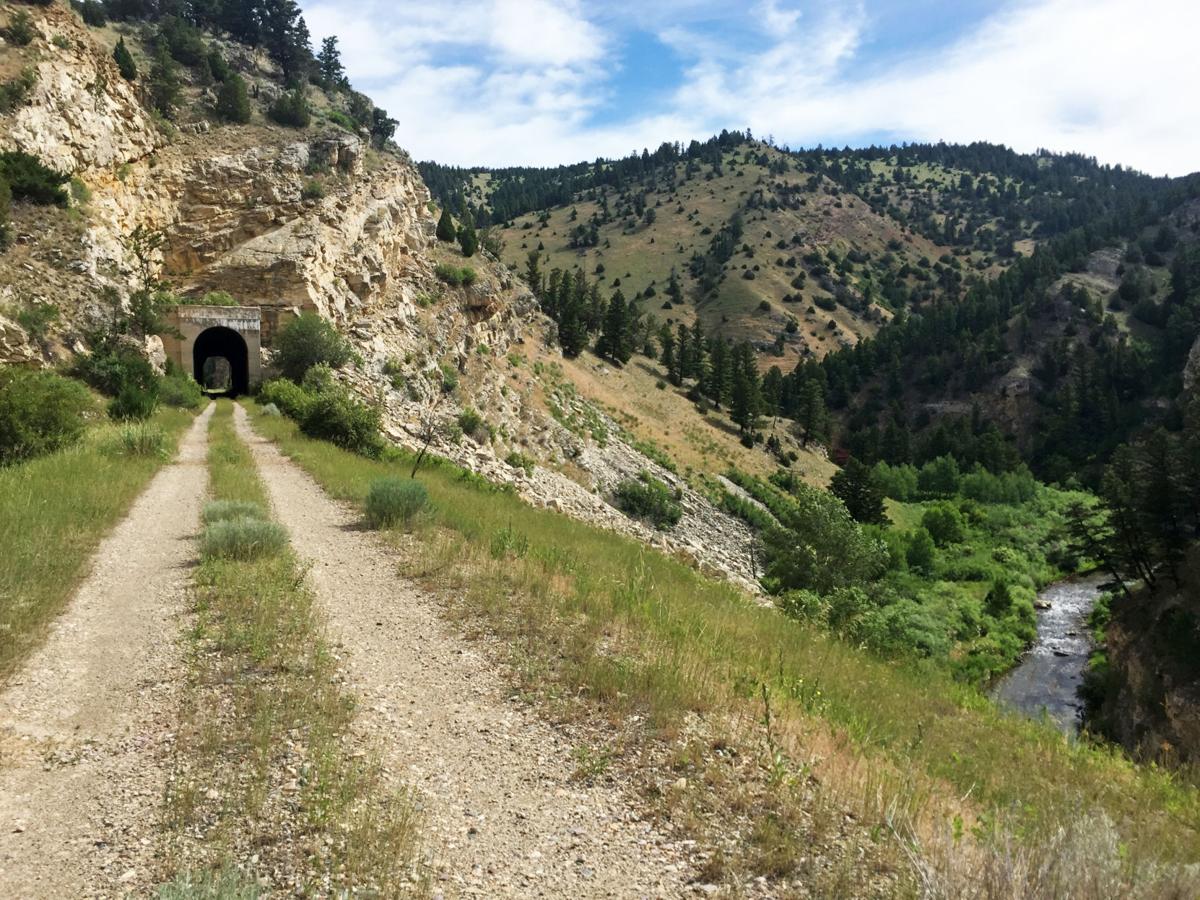 A contributed photo shows a road entering a tunnel by a river on a unit of the Climbing Arrow Ranch. The ranch was recently sold after being listed for over $135 million.