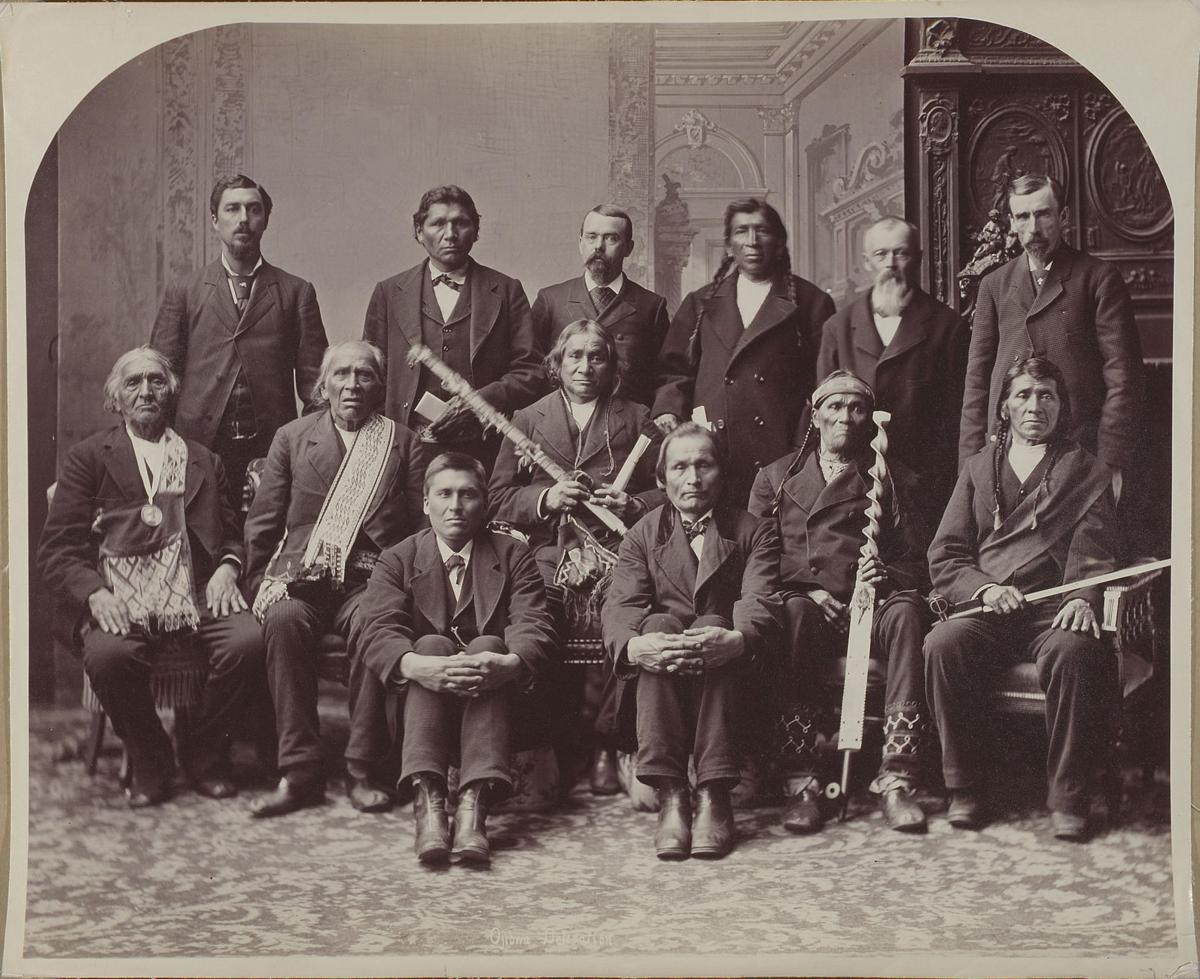 Studio portrait of the Anishinaabe (Chippewa/Ojibwa) Delegation taken in Washington, D.C., in 1880. 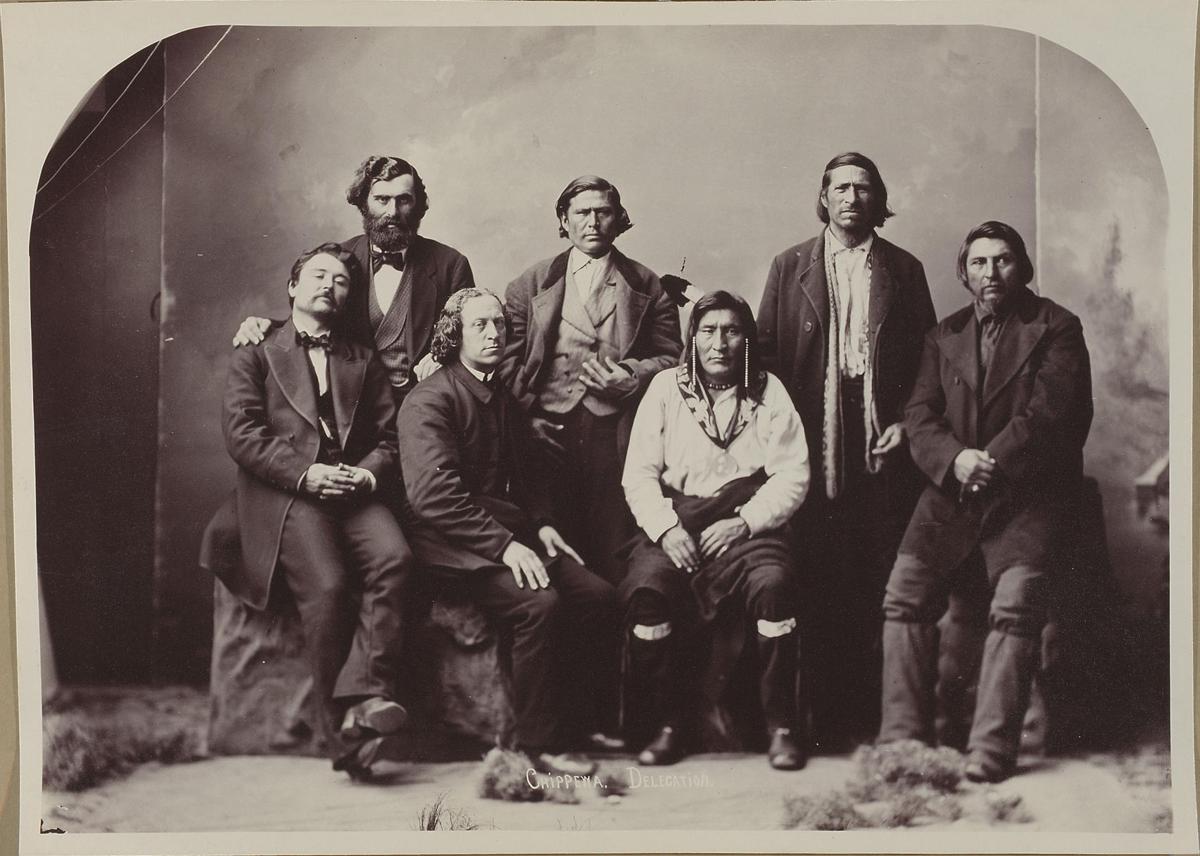 Studio portrait of the Pembina Chippewa Delegation taken in Washington, D.C., in 1874.

The Little Shell Tribe and the Chippewa Cree Tribe in Montana, along with the Turtle Mountain Tribe of North Dakota and the White Earth Tribe of Minnesota, will share a $59 million settlement with the U.S. government as the result of a lawsuit over a series of claims dating back to land deals from the late 1800s in which the government underpaid the tribes by tens of millions of dollars.

In the settlement reached Thursday, Judge Thomas F. Hogan of the United States District Court for the District of Columbia finalized the deal between the Department of the Interior and plaintiffs in Peltier v. Haaland.

The litigation was filed in 1992 by individual and tribal beneficiaries of the Pembina Judgment Fund, alleging mismanagement and failure to account.

The agreement settles the claims of 39,003 individual beneficiaries against the United States for mismanagement of the Pembina Judgment Fund, a trust fund containing additional compensation for certain lands that the Pembina Band of Chippewa Indians ceded to the United States. Final approval of the agreement activates the settlement reached in the Court of Federal Claims with the four beneficiary tribes.

Little Shell, Chippewa Cree and others OK settlement for funds mismanaged by U.S.

“The Department of the Interior is wholly committed to strengthening our government-to-government relationship with Tribes, including reconciling long-standing disputes regarding proper management of Tribal trust assets," an Interior spokesperson said in a press release.

"The Department will continue to diligently execute its trust responsibility to federally recognized Tribes and enact policies that promote tribal sovereignty, self-determination and economic self-sufficiency.”

More information on the settlement, including instructions for class members, can be found online at https://www.pembinasettlement.com/pembina/ or by calling Class Experts Group LLC, which is administering the settlement, at 262-292-3004.

Individuals have until September 8, 2021 to submit a claim form to receive a payment.

What exactly is at the bottom of this mysterious 'blue hole?'

DNRC grounds all aircraft after helicopter crash at fire scene

In the wake of Tuesday's helicopter crash with five people aboard, the Montana Department of Natural Resources and Conservation has instituted a safety stand down of all of its aircraft for 48 hours out of an abundance of caution, officials said Wednesday.

What's behind the heat wave in the American West?

A two-decade-long dry spell that some scientists refer to as a "megadrought" has sucked the moisture out of the soil through much of the Western United States.

Studio portrait of the Anishinaabe (Chippewa/Ojibwa) Delegation taken in Washington, D.C., in 1880.

Studio portrait of the Pembina Chippewa Delegation taken in Washington, D.C., in 1874.