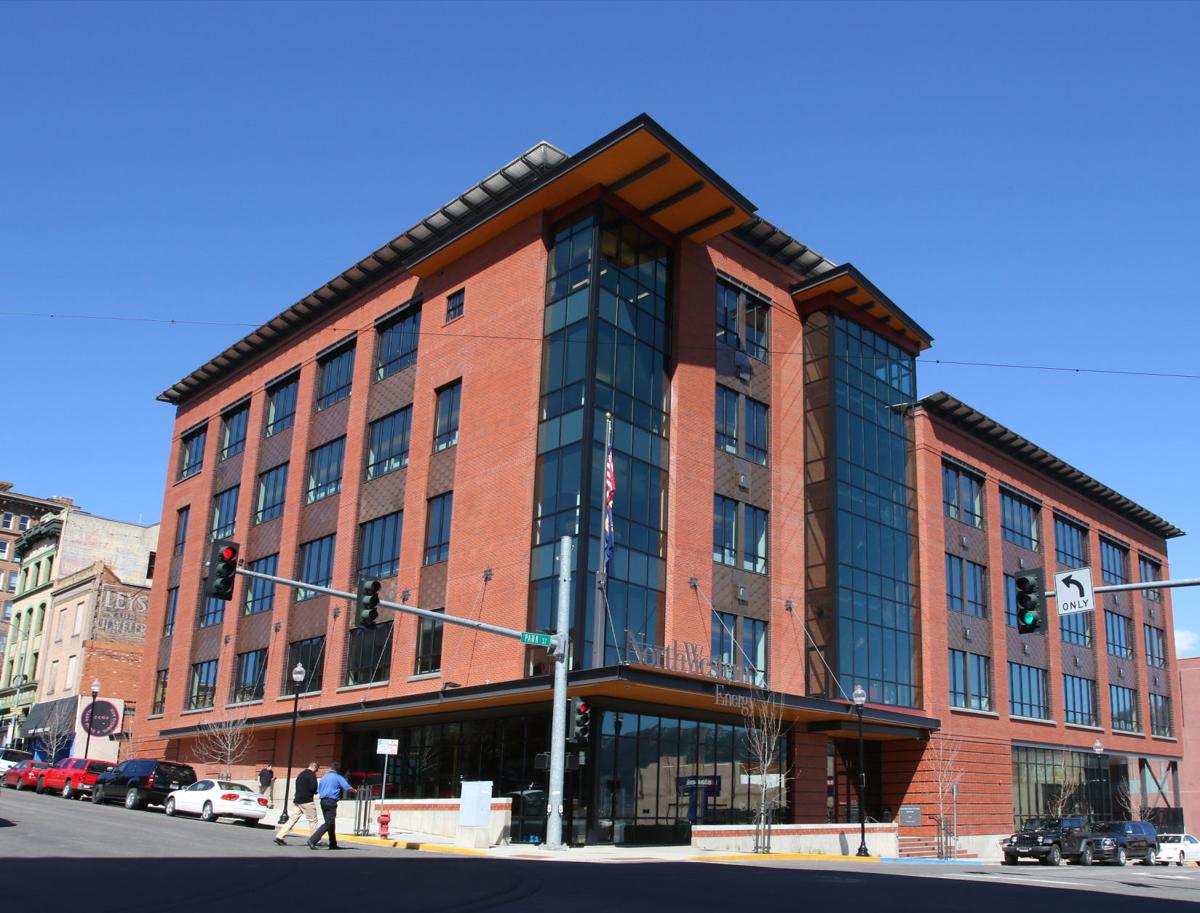 The NorthWestern Energy building, seen here in 2018, is located at Park and Main in Uptown Butte. 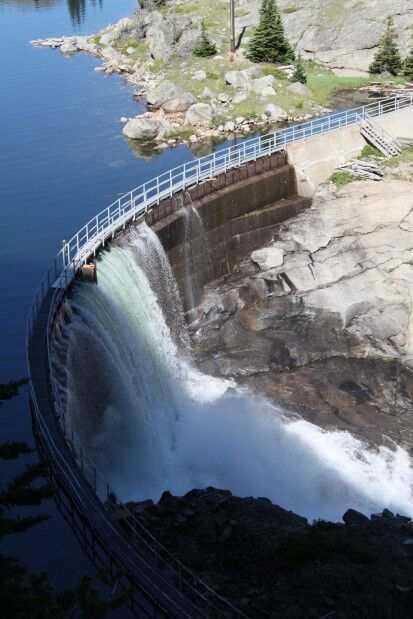 Water pours over the Mystic Lake Dam in the Beartooth Mountains southwest of Absarokee. 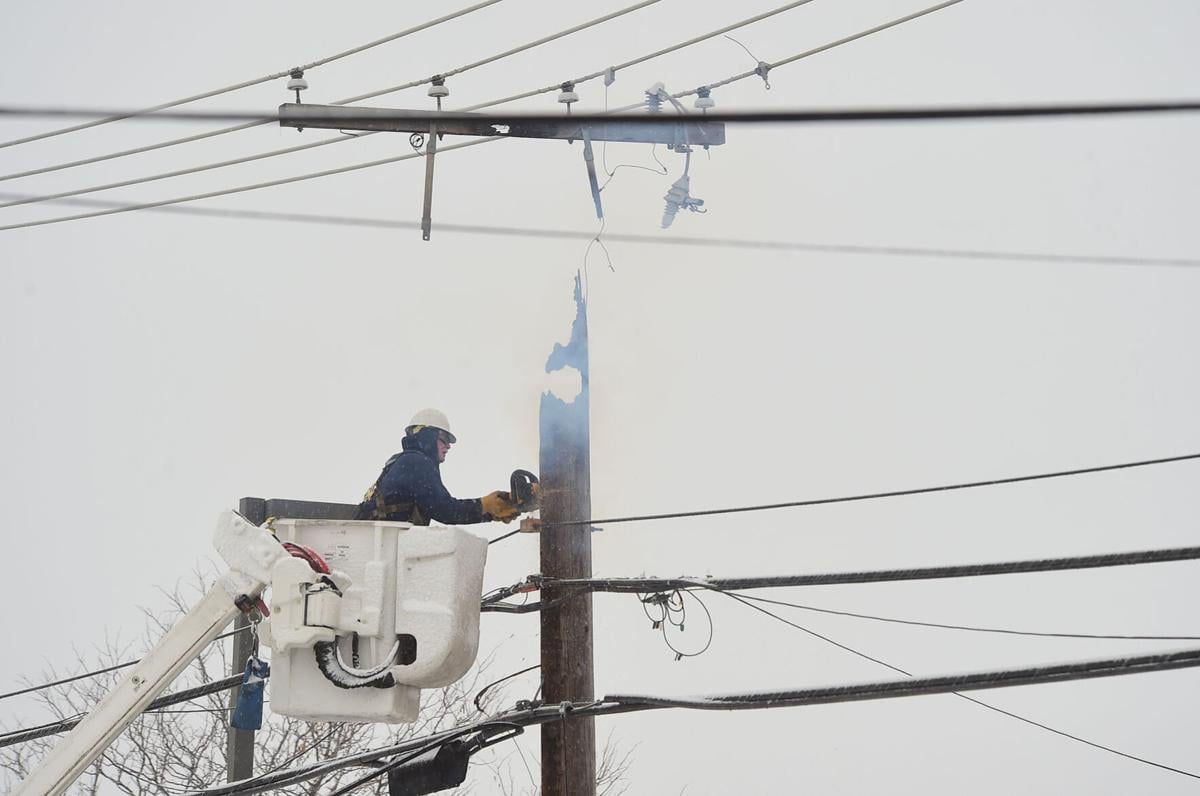 A NorthWestern Energy lineman cuts the top of a burning power pole after arcing wires burned the pole and a transformer fell into the alley at 16th Street West and Grand Avenue in November 2020.

NorthWestern Energy residential rates are expected to rise about $22.20 a year beginning in October as the utility attempts to recover unexpected costs from the previous rate year.

The utility informed the Public Service Commission this week that it had under-collected $18,056,581 from customers between July 1, 2020, and June 30, 2021, which is the state fiscal year. NorthWestern has a chance every fall to recover costs, or return money to customers in the case that it over-collected.

The 12-month rate increase requested Aug. 31 would take hold Oct. 1. It allows the utility to begin recovering money from customers on an interim basis while Montana’s PSC determines whether the under-collection is truly as the utility alleges. The determination process plays out much like a civil lawsuit with NorthWestern making its case for the rate increase and intervening parties like the Montana Consumer Counsel challenging the merits of the utility’s argument.

Utility regulators are not a rubber stamp of approval for NorthWestern’s rate increases. In 2020, for example, the PSC trimmed more than $9 million from the $23.8 million NorthWestern had sought for the 12-month period ending June 30, 2019. Customers were then refunded the difference.

Part of what the PSC denied NorthWestern was $6 million in costs related to a months-long malfunction at the Colstrip Power Plant. And, it wasn’t the first time NorthWestern was denied recovery of replacement power costs related to Colstrip. The PSC concluded that the costs could have been avoided had NorthWestern managed the situation differently. What followed was a battle in the Montana Legislature over whether the PSC should have the power to deny cost recovery.

In the latest filing, NorthWestern said it wound up buying more power on the free market between February and June than it had expected and that market prices were higher than what the utility anticipated. There were also times when the utility's own generating assets were producing less power than expected. The utility did spend $2 million less on coal for Colstrip, which was down for maintenance last October and parts of September, February and April.

The $22.20 interim increase for an average residential customer follows a July rate increase of $26.40 a year granted by the PSC after NorthWestern said projected energy prices were more than it had anticipated during its last general rate case, which was settled in 2019. The $26.40 annual increase was also temporary, giving the Montana Consumer Counsel a chance to argue against it.

At roughly the same time as the $26.40 rate increase, the commission chose to put off for another year a new accounting method that assured NorthWestern’s fixed costs were recovered but not over-collected. The utility had argued to postpone the new accounting because of COVID-19, which it said made customer energy habits too unpredictable. Had that accounting method been in place during the first year of COVID-19, residential customers would have split a $9.5 million rebate this fall.

A man upset with being charged a $150 fee for smoking in his motel room fired multiple rounds from an assault-style rifle into the building before driving away, authorities in eastern Idaho said.

The Montana Grain Growers said it was confident Montana’s ag economy wouldn’t be negatively affected by the BNSF takeover of Montana Rail Link.

Bullock an initial board member for public lands foundation

Steve Bullock and Neil Kornze are two of the first four board members of a new nonprofit foundation created to help leverage public and private funds to conserve, protect and restore land managed by the Bureau of Land Management.

The NorthWestern Energy building, seen here in 2018, is located at Park and Main in Uptown Butte.

Water pours over the Mystic Lake Dam in the Beartooth Mountains southwest of Absarokee.

A NorthWestern Energy lineman cuts the top of a burning power pole after arcing wires burned the pole and a transformer fell into the alley at 16th Street West and Grand Avenue in November 2020.