On Aug. 25, 1870, when the Washburn-Langford-Doane Expedition camped at the mouth of the Gardner River, finding enough grass for their horses was difficult.

“This was our first poor camping place, grass being very scarce, and the slopes of the range covered entirely with sage brush,” Lt. Gustavus C. Doane wrote in his journal.

He also referred to the Gardiner Basin they had passed through that day as a “desert region, inclosed (sic) by mountains.” The area was an example of similar regions in the West that he had explored with a “want of water, and consequent desolation.” The ride across the basin included passage through a “dead level alkali plain” and a “succession of plateaus, covered slightly with a sterile soil.”

Yellowstone National Park supervisory vegetation specialist Roy Renkin was recently referencing that early description of the area. It’s one of the few accounts of the vegetation in the Gardiner Basin that predates Euro-American settlement of the region.

Other than that description, no one really knows what the basin’s vegetation looked like before it was settled in 1883. That’s when the town of Cinnabar sprang to life and the surrounding ground began being grazed by domestic livestock, irrigated and farmed.

“It was a working landscape,” Renkin said.

“They really didn’t know what to do with the land down there,” he said.

Under advisement with the Agricultural Research Service, crested wheatgrass was planted in the 1940s and 1950s. The plant was native to Russia and Serbia and had shown great promise in land restoration work. Yet the grass also out-competes native forbs and grasses and can block the growth of shrub seedlings.

“It does have forage value in the spring and fall, but in winter it’s like eating cardboard,” Renkin said.

By the 1990s the park’s vegetation specialists were seeing the fields invaded by European winter annuals like cheatgrass and desert alyssum.

So in 2005 a 50-acre portion of that roughly 700-acre area became the focus of the largest native vegetation restoration project in Yellowstone.

“The whole effort has been three steps forward, two steps back,” Renkin said.

Large plots of land were fenced off and seeded with barley and winter wheat to rebuild the soil’s organic matter. Once the soil was improved, the native seeds were planted.

“This is never going to look like a golf course or somebody’s lawn,” Renkin said, because vegetation in the valley has to survive on 10 inches of moisture, or less, a year — it’s essentially a cold desert.

In the latest chapter of that 14-year restoration project, the park conducted a prescribed burn on 16 acres on Wednesday. The fire was designed to remove a layer of thatch that had built up from nonnative annual wheatgrass.

Gradually the Park Service, with assistance from university researchers, students and with seed provided by the Natural Resources Conservation Service, has seen success with the project.

Fences that were originally erected to keep wildlife off plantings to ensure they grew have been removed from two of four enclosures.

“We got really good results” near Reese Creek, Renkin said.

A lighter herbicide application in the fall has proven to be better at killing nonnative vegetation like wheatgrass than a heavier herbicide spraying in the spring.

“Getting ahead of the weeds is tricky,” he said. “Where we got ahead of them we got results, especially down by Reese Creek.”

The mix of native vegetation utilized to reseed the plots include slender wheatgrass, bluebunch wheatgrass, sandberg bluegrass and needle-and-thread grass. The Park Service has also attempted to plant sagebrush and rabbitbrush, which looks a lot like sagebrush but grows faster and competes less with forbs and grasses.

“You just kind of learn as you go and adapt,” Renkin said. “We’ve fine-tuned our recipe over the last three years.”

The Gardiner Basin is a relatively dry region, collecting on average only about 10 inches of moisture a year. 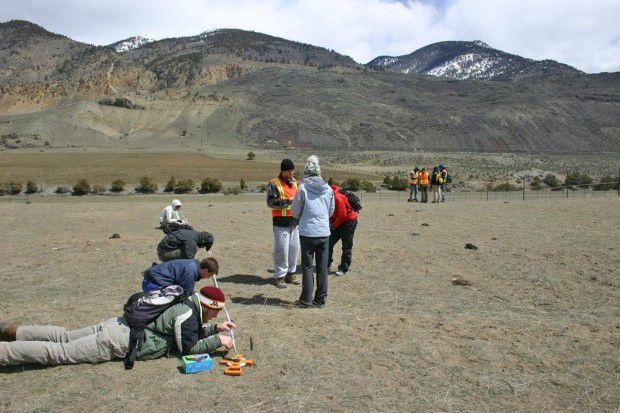 Students test the soils in the Gardiner Basin for a research project being conducted with Yellowstone National Park in 2011. 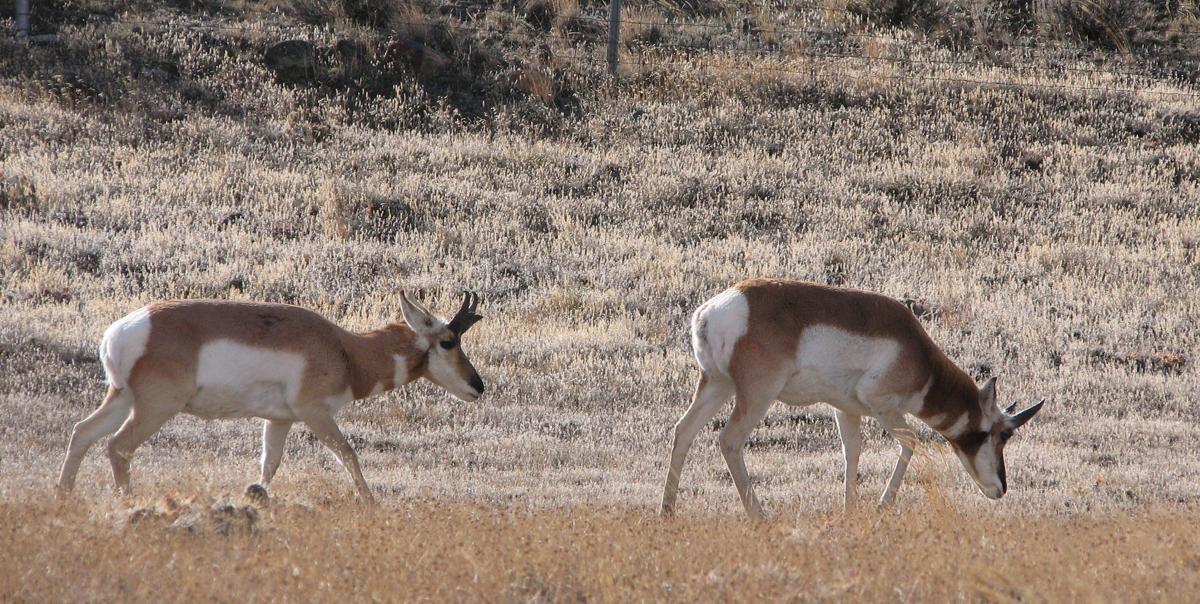 An additional 7,000 acres was added to the northern end of Yellowstone in 1932 to provide winter range for wildlife like these pronghorn antelope. 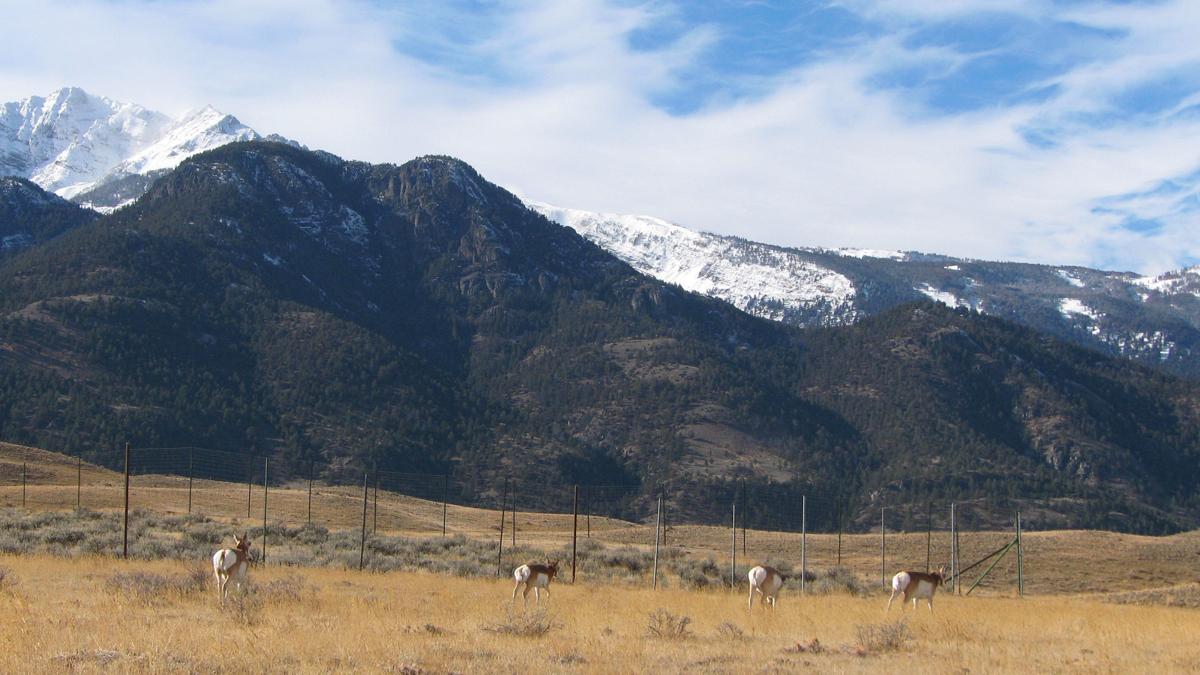 Two of the four enclosures built to keep wildlife out while native vegetation was restored have been removed from the Gardiner Basin.