Walking in his downhill ski boots through the hall of an assisted living facility, octogenarian Alan Jackson set a unique tone for the film “Last Tracks.”

“That dichotomy of two different worlds was an interesting component to me,” said Livingston filmmaker and photographer Erik Petersen.

Plus, he was intrigued by the idea of “this old-timer who was still ripping it up on the ski slopes.”

Jackson was 86 years old when Petersen started shooting the 13-minute movie two years ago. The film examines the Bozeman man’s athletic past and his zeal to continue outdoor activities like downhill, backcountry and Nordic skiing.

“Last Tracks” can be viewed for free online.

“It was impressive that this 86-year-old was out there backcountry skiing and cross-country skiing … but there were these other layers that I felt added to the story,” Petersen said, such as Jackson’s bid to make the U.S. Olympic modern pentathlon team while he was in his 20s.

The pentathlon combines cross-country running, fencing, shooting, swimming and riding. Once ranked fifth in the world, Jackson narrowly missed going to the Olympics to compete when his horse failed to run after the starting gun was fired.

Bozeman writer and editor Megan Regnerus was introduced to Jackson during a Nordic ski coaching session they both participated in.

“I was really impressed with him, but I had no idea how impressive he was,” Regnerus said.

Despite his robust outdoor ethic, she said genetically Jackson is not an “outlier” in terms of his health. He battled cancer twice, suffered a bilateral subdural hematoma and a stroke in one eye, Regnerus recounted in a 2020 Montana Quarterly article that was a spinoff from the film. But he always rallied and pushed on.

“Alan is someone who thinks of attitude as your personal responsibility,” Regnerus said. “He also loved, absolutely loved, being outside.”

“He’s cheerful, upbeat and has an amazing attitude about life that I think you only get after 80 plus years of living,” Petersen said. “His zeal and his excitement about getting outside, getting exercise and being outdoors was contagious.”

Another example of Jackson’s exercise ethic, and the discontinuity of his surroundings, is revealed in a clip showing him using blue elastic bands attached to a bathroom grab bar as a workout in the care facility. As he advised, everybody feels better when they exercise.

The film also reminds viewers of the other side of aging. Alan’s partner, Nan Pizitz, moved into the care facility after suffering macular degeneration and repeated falls that led to injuries. Yet she still plays piano, the music accompanying parts of the film.

“Part of the intent of this film was to point out that there is this gray wave coming,” Petersen said. “Not only is this all coming for us, but there’s this shift in society that we have to address at some point.”

Since Petersen shot the film, Jackson has been afflicted by Alzheimer’s disease, a progressive form of dementia that robs its victims of their memories. Even while making the movie, Jackson, a former civil engineer, struggled to remember his grandchildren, laughing and consulting a notebook while acknowledging that his “memory is shot.”

“By the end, doing interviews was really difficult,” Petersen said.

Despite the underlying dramatic tension of the film, it ends on an upbeat note with Jackson carving turns down a snowy mountain on a blue sky day.

“As far as dying goes, bring it on!” Jackson said and laughed. “I know it’s going to happen. No one gets out of it, so why worry about it. You just march on 'til you can no longer march.”

“Last Tracks” is the sixth movie Erik Petersen has made since expanding his photography career into filmmaking.

His previous works have included a documentary examining local opposition to gold mining in the Paradise Valley, the sport of skijoring through the eyes of Helena horsewoman Ebbie Hansen and 89-year-old Missoula ultra runner Bob Hayes.

As his films gained notoriety Petersen has been able to get more funding to allow the hiring of an additional cameraman or sound person to bump up the quality. He’s also become more comfortable as a storyteller and interviewer, helping ensure the films resonate with the audience.

In his next film, Petersen partnered with the conservation group Pheasants Forever to explore diversity in the upland bird hunting world. Shot in the fall of 2020, he’s now in post-production. Filmed mostly in Montana but also Nebraska, the plan is to release the movie this fall.

Authorities are investigating the death of a male whose body was found Thursday in a collection of recycled cardboard at Pacific Steel and Recycling in Helena.

A wad of monofilament, with sinker still attached, nearly ended the fishing career of an osprey along the Clark Fork River last week.

In an interview Friday with the Montana State News Bureau, Ryan Zinke said the residence is her legal primary residence but that his legal residence is and has been in Montana.

Body found in Helena after man picked up by recycling truck, authorities say

Authorities say the body found at Pacific Steel and Recycling in Helena on Thursday was a Utah man who apparently died after being accidentally picked up by a city recycling truck.

In an email on Monday, a Missoula County Sheriff’s Office spokeswoman said that Missoula canceled two trainings scheduled for May 31 and September 19 with Richard “Rick” Whitehead.

His death was announced Thursday in a Facebook post by daughter Sara Weaver, who lives near Kalispell, Montana.

The candidates are Cora Neumann, Monica Trane and Tom Winter.

Pope Francis jokes about needing tequila for his hurt knee

Pope Francis jokes about needing tequila for his hurt knee 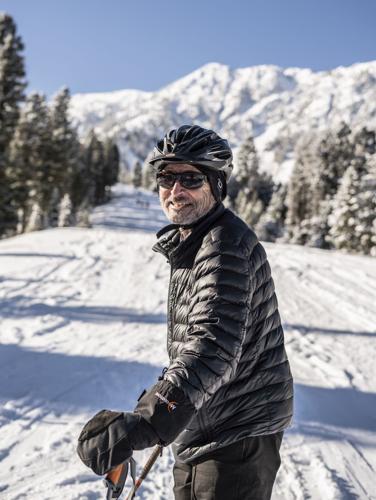 Alan Jackson pauses for a breather during a hike up Pierre's Knob at Bridger Bowl ski area near Bozeman. The then-86-year-old was a former pentathlete, once ranked fifth in the world. 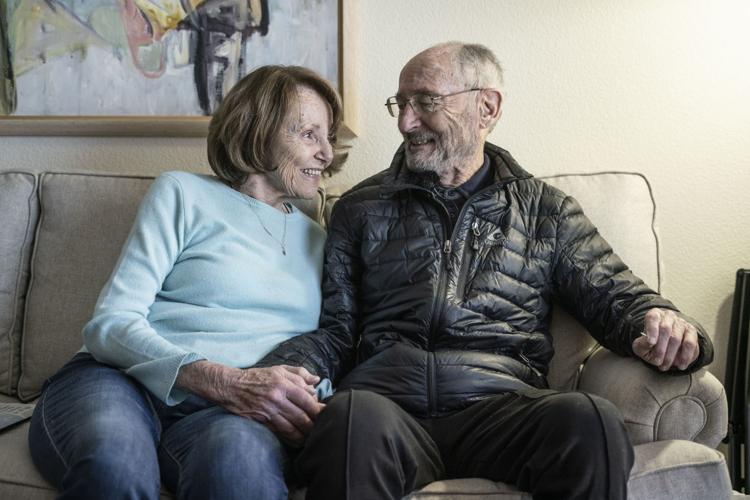 Nan Pizitz and Alan Jackson pose in their apartment at the Birchwood assisted living facility in Bozeman two years ago. 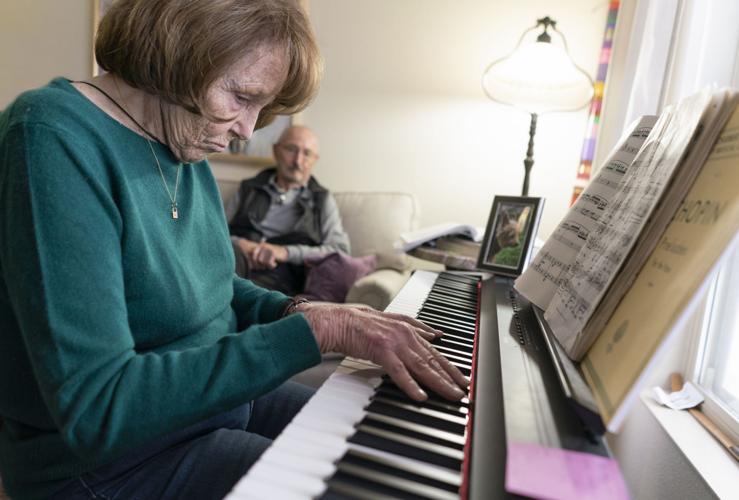 Nan Pizitz plays the piano as Alan Jackson listens in the background. Some of Pizitz's music was used in the film "Last Tracks." 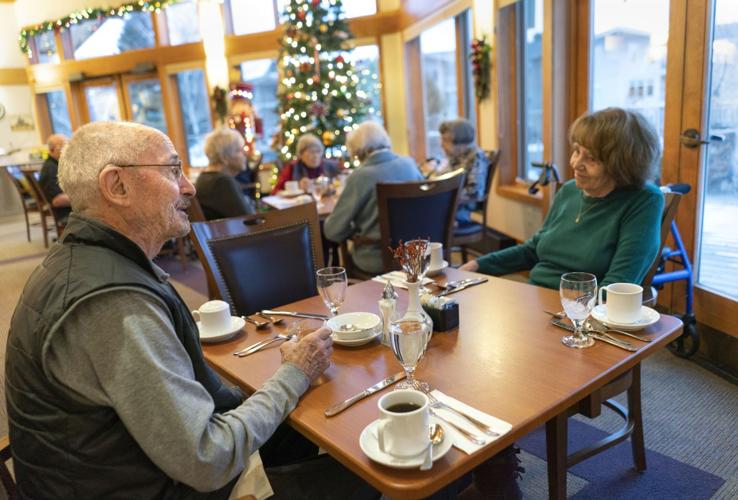 Alan Jackson and Nan Pizitz enjoy breakfast at the Birchwood care facility. From the dining room, the then-86-year-old Jackson would be checking the ski report before hitting the slopes or Nordic trails for the day. 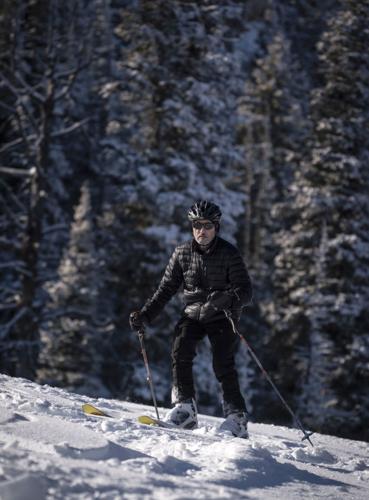 With a concentrated look, Alan Jackson carves turns down the slopes of Bridger Bowl during the making of the film "Last Tracks." Continuing to exercise outdoors helped keep the Bozeman man feeling vital into his 80s.