Republican Ryan Zinke’s campaign for Montana’s western congressional seat acknowledged this week that it blew a deadline to submit a report detailing the former Interior Secretary’s finances, and promised to file the disclosure statement “in a timely manner.”

The financial details for most of the candidates running to represent Montana’s new western congressional district are now due, and at least two of them claim a net worth potentially extending well into the seven-figure range. Congressional campaigns that reach $5,000 in fundraising are required to file a disclosure statement with the U.S. House Clerk’s office within 30 days after hitting that threshold, although they can request an extension of up to 90 days.

Republican Al Olszewski, a former state lawmaker, and Democrat Monica Tranel, an attorney based in Missoula, both disclosed assets ranging upwards of $5 million. The disclosure statements allow assets, incomes and liabilities to be reported within broad ranges.

The first Republican to announce his candidacy, former Interior Secretary Ryan Zinke previously said he received assurances from the House’s Office of the Clerk that he wouldn’t be required to file his disclosure statement until 2022. He sent a notice in May to the clerk’s office stating he had not raised $5,000. According to his campaign’s third-quarter fundraising report, however, his campaign passed that mark at some point between July 1 and Sept. 30. He reported raising $613,000 during that period.

Zinke was also Montana's representative in Congress from 2015-2017.

Following repeated inquiries from the Montana State News Bureau, his campaign on Monday evening said follow-up discussions with the offices of the House Clerk and the House Ethics Committee indicated he needed to file sooner.

“It was discovered in these conversations that the two offices had different guidance, causing the current situation,” spokesperson Heather Swift wrote in an email Monday. “Zinke is working with House officials over the holiday weekend to collect and submit the required paperwork in a timely manner.”

She added that he plans to file "in the coming days."

Zinke's most recent financial disclosure report, submitted in 2016 as part of the process before his swearing-in as President Donald Trump’s first secretary of the Department of the Interior, listed family assets worth $810,000 and $2.8 million. His net worth was between $260,000 and $2.6 million.

Separately, state property tax records listed one of Zinke’s companies, Continental Divide International LLC, as owning three adjacent properties in downtown Whitefish, worth a combined $1.2 million as of their 2021 appraisals.

He didn’t list any income in the financial disclosure for his Cabinet position, but his most recent statement from his days as congressman reported between $164,000 and $205,000 in income for 2014.

Olszewski, a former Republican state lawmaker who was the second announced candidate for the seat, also has substantial property holdings in the Flathead Valley.

The orthopedic surgeon listed assets worth between $1.9 million and $5 million, with no liabilities. About half of that is held in an IRA retirement fund, with most of the remainder coming from a rental property in Kalispell, bank accounts and ownership interests in two businesses, including an orthopedic surgery center.

State tax records also list him and his wife as the owners of a $1.7 million residential property south of Kalispell. House candidates aren't required to disclose personal residences and other property "held purely for recreational purposes" that don't generate rent or income during the reporting period.

Tranel’s reported assets as of her August financial disclosure consisted entirely of stocks and funds, and were worth between $2.5 million and $6.2 million. A mortgage was the only liability she disclosed, worth a debt of between $500,000 and $1 million.

State property records also list her as the owner of a Missoula County residence worth $1.1 million. Tranel was the first Democrat to officially enter the race. She is a former staff attorney for the Montana Consumer Counsel and the state Public Service Commission, and ran unsuccessfully for a seat on the Pubic Service Commission in 2020.

Neumann's previous financial disclosure, from her 2020 campaign for the U.S. Senate, included $465,000 in income for the prior two years. It also included a house in California worth $1 million to $5 million that sold early last year.

Emma Harris, Neumann's campaign manager, said the proceeds from the sale were used to pay off the mortgage, pay capital gains taxes from the sale and purchase property in Montana.

State tax records list Neumann as an owner of a tract of undeveloped land in Bozeman that was valued at $163,414 in a 2021 appraisal. Her family currently rents a home in Bozeman.

Two other candidates — Democrat Tom Winter and Republican Mary Todd — announced their candidacies within the last month and have not yet had to file disclosure statements.

Todd, who announced her candidacy for the western district late last month, has never previously run for or held public office and has no prior financial disclosures on file.

She and her husband are listed as owners of a residential property in Kalispell worth $782,000, according to state tax records. They also own a bed and breakfast in Marion valued at about $1.3 million.

A plot of vacant agricultural land outside Marion is owned by the Todd Family Trust, which shares a business address with the Todds. It was appraised at $41,000 in 2021.

Winter, who announced his candidacy earlier this month, also doesn’t have to file a financial disclosure yet. A spokesman for his campaign, Blake Cilwick, said he plans to file early next year, and that his finances won’t be substantially different from those included in his disclosure for his 2020 campaign for Montana’s at-large congressional seat.

He disclosed $23,000 in year-to-date income as of May 2019, the year he stepped away from his job and was in the state Legislature for four months, and had $59,000 in income the previous year.

Earlier this year, Montana picked up a second House district after results from the 2020 Census showed it had gained enough people to shed its at-large status after three decades with just one seat. The state redistricting commission finalized the line dividing the east and west districts earlier this month, and the resultant political landscape prompted one candidate, Livingston Democratic Rep. Laurie Bishop, to drop out.

The western district includes the entireties of Gallatin, Flathead and Missoula counties, while Lewis and Clark County wound up in the eastern district, joining Billings and Great Falls.

WH: Omicron variant found in 20 countries, not US

WH: Omicron variant found in 20 countries, not US 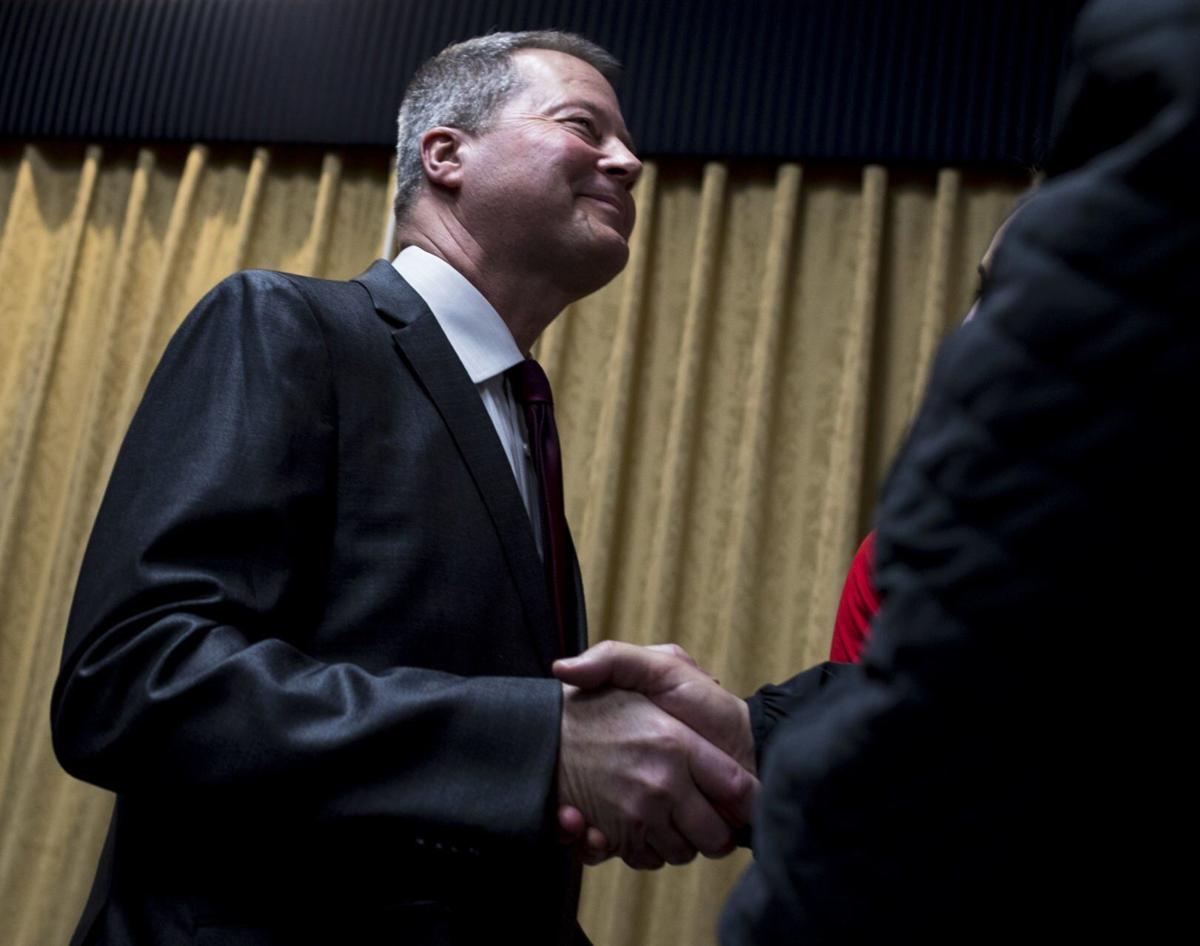 Montana Republican Al Olszewski, who ran for governor in 2020, shakes hands with audience members after a debate at the Billings Hotel and Convention Center in Billings in January 2020. 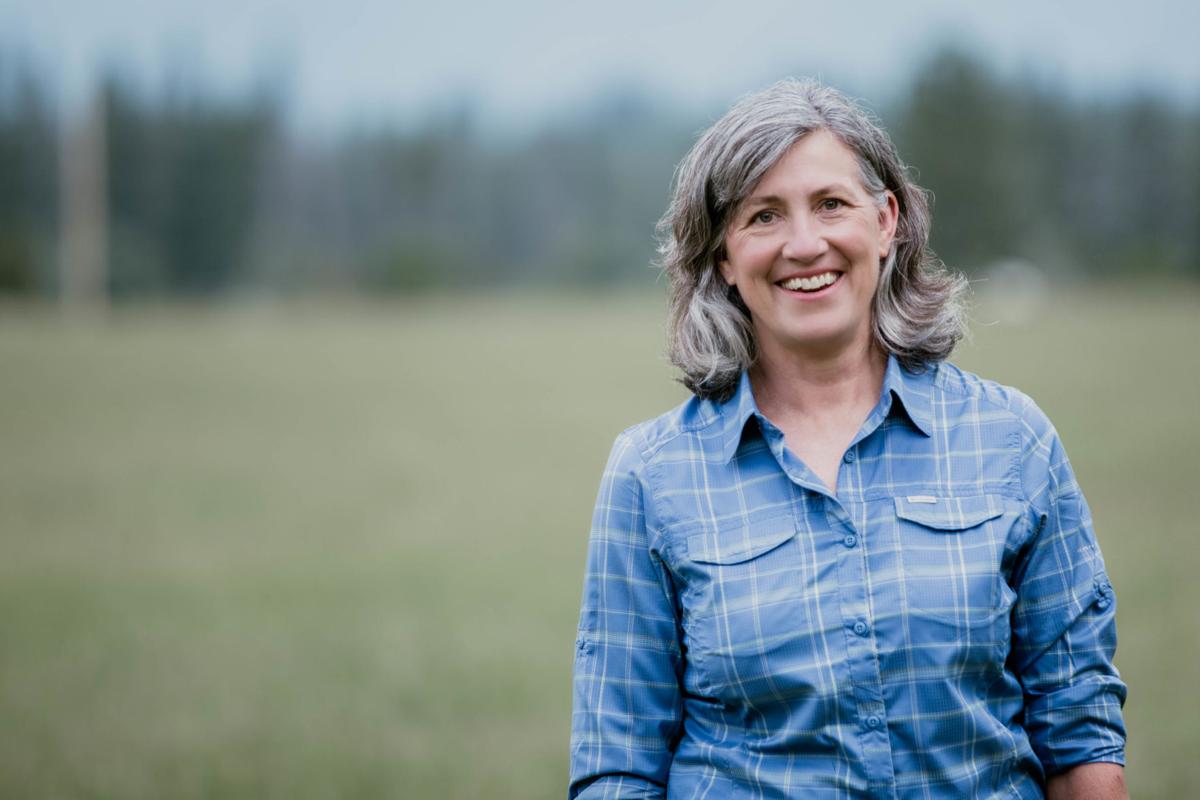 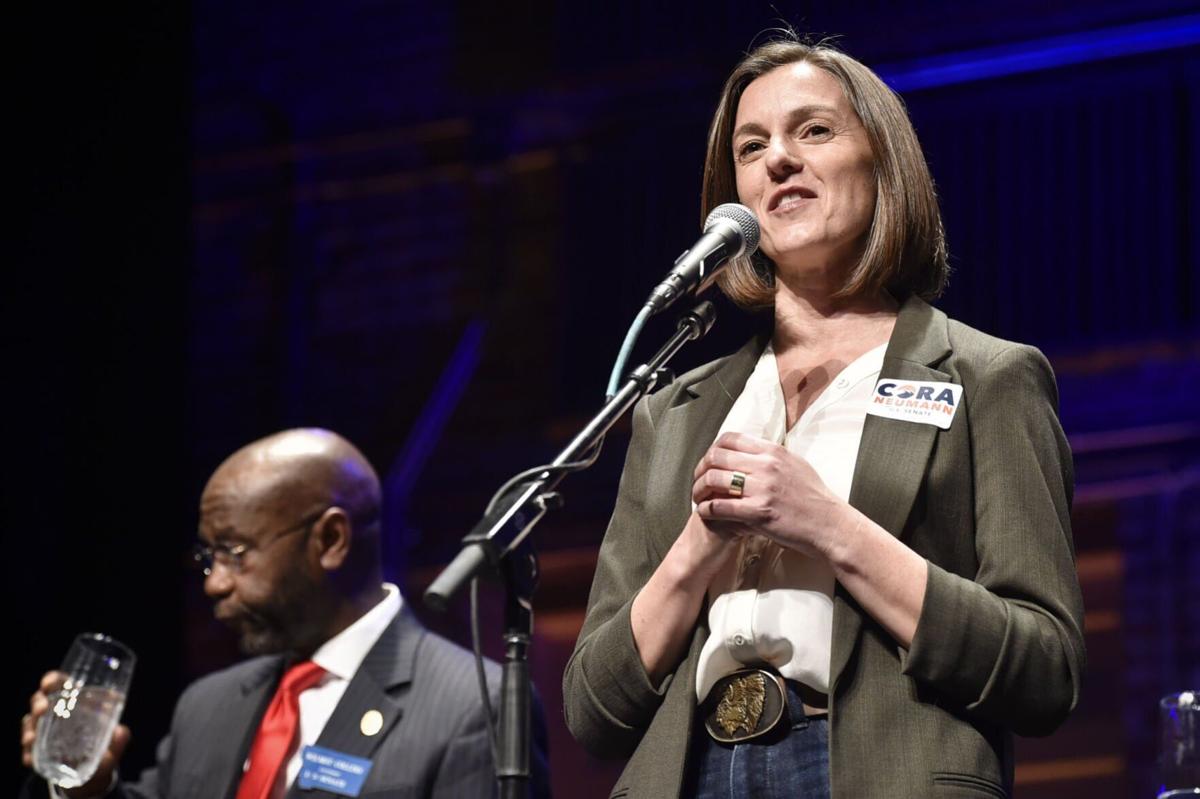 Cora Neumann, who ran for U.S. Senate in 2020 before dropping out when former Democratic Gov. Steve Bullock entered the race, speaks during the Democratic U.S. Senate debate Friday night at the Emerson Center for Arts and Culture in Bozeman in February 2020. 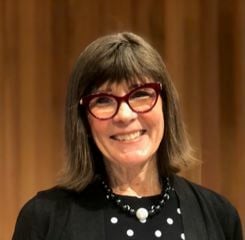 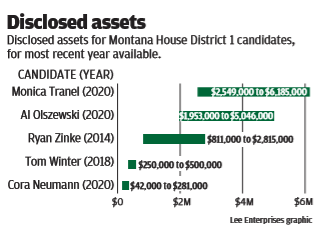 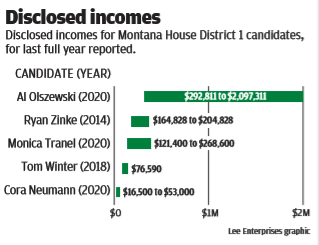 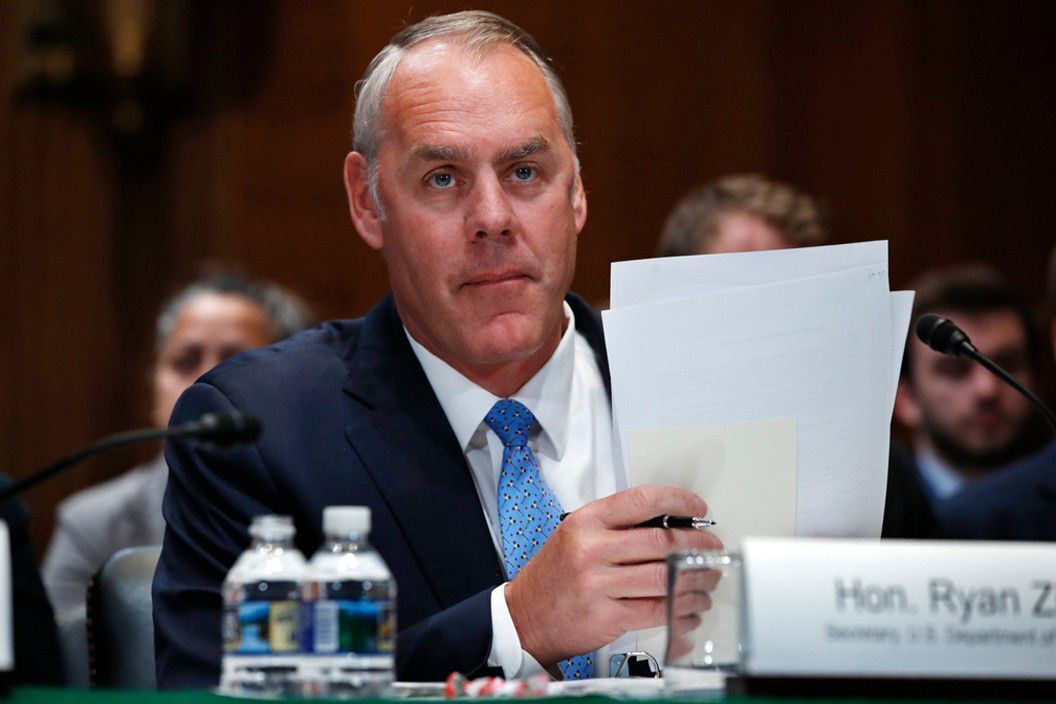 On May 10, 2018, then-Interior Secretary Ryan Zinke arrives for a Senate Appropriations subcommittee hearing on Capitol Hill. 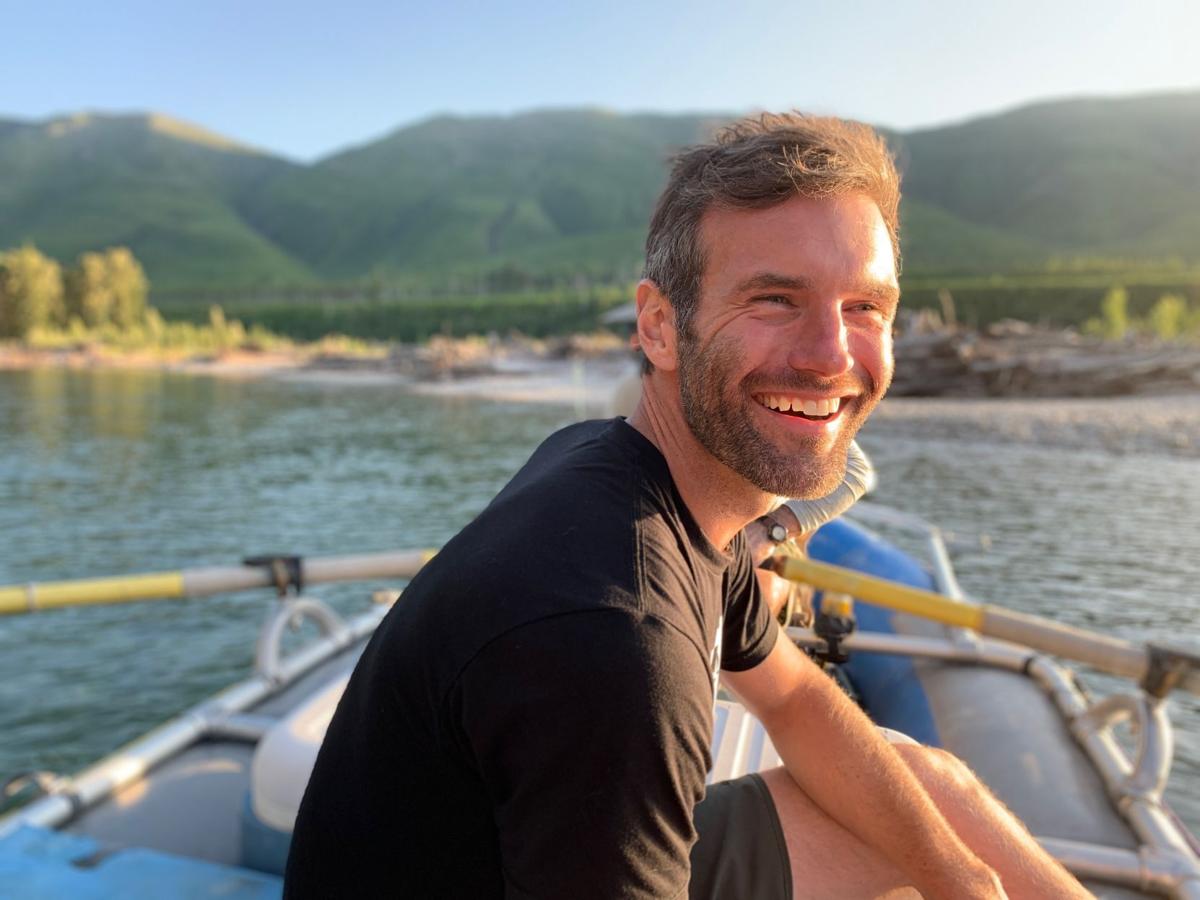