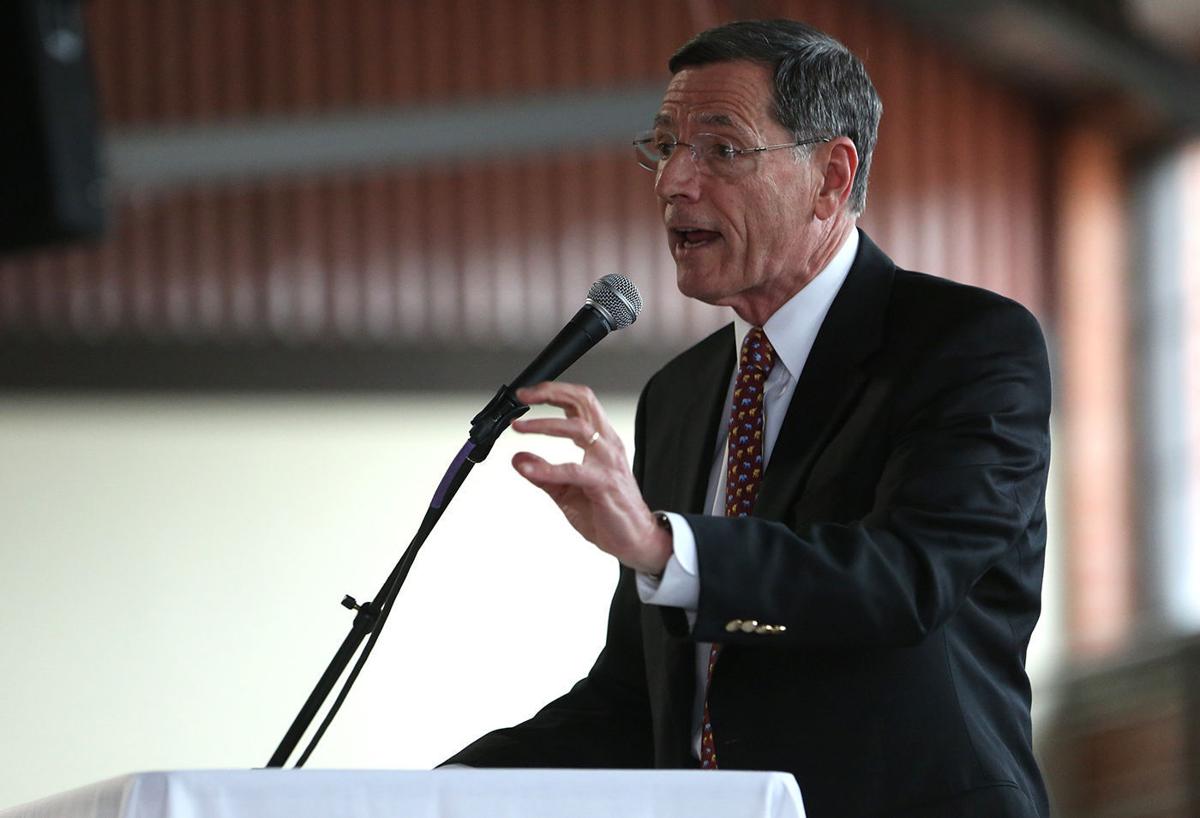 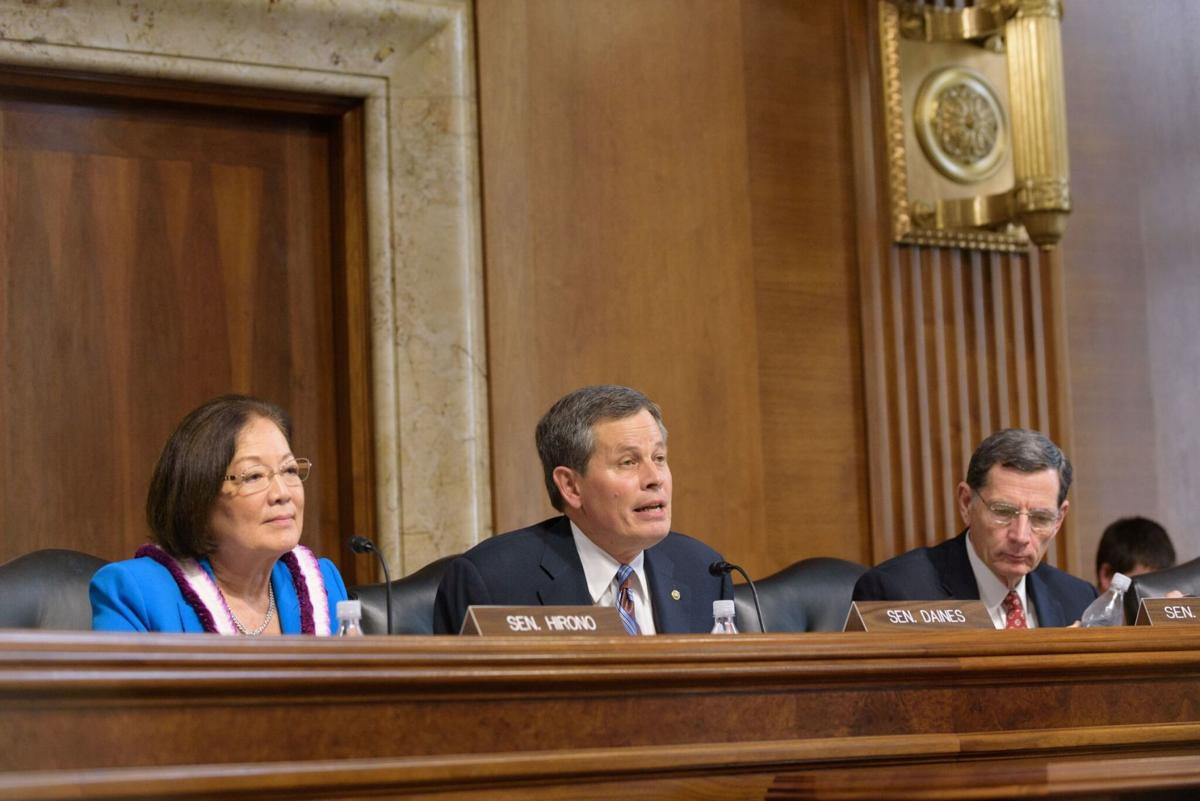 Montana Sen. Steve Daines during a hearing about misconduct from National Park Service employees in a Senate Hearing on June 7, 2017. Daines is the chairman of the subcommittee on national parks. He is a member of the Energy and Natural Resources’ committee.  Wyoming Sen. John Barrasso is seated to the right of Daines.

Wyoming and Montana lawmakers are attempting to clear the way for a coal export terminal in Longview, Washington.

At issue is Section 401 of the Clean Water Act, which empowers states to rule on projects that could affect their waterways. Washington state used the authority to reject Millennium Terminal, a project tied to Salt Lake City-based Lighthouse Resources. Lighthouse operates Black Butte Mine in Wyoming and Decker Mine in Montana.

Lighthouse sued Washington over the permit denial, but lost the case in December. The mining company argued that Washington had supplanted federal commerce laws in denying the permit.

This is Barrasso’s second attempt to limit what states can do under the Clean Water Act. Last year, a similar bill introduced in July 2018 received a hearing, but moved no further.

“Montana has the opportunity to help keep the U.S. energy dominant and expand our economic opportunities through trade,” Daines said in an email. “This bill will ensure that the energy market in Montana reaches its full potential by streamlining regulations that have been abused by activist bureaucrats and killed Montana jobs. It will spur high-paying jobs in Montana, empower our tribes and strengthen our nation’s standing as a world economic superpower.”

Coal exports have become an important supplement to the region’s natural resource economy, but have shown limits, mainly related to the shipping costs. Australia, the world’s largest coal-exporting country, is closer to Asian Pacific markets. Indonesian coal also has a market advantage of proximity over U.S. coal.

Powder River Basin exports do well when coal prices are high, but have stopped when market prices are too low to make shipping coal profitable.

Westshore Terminal, which is the only available port in the Pacific NorthWest, and Millennium Terminal are roughly the same distance from the Powder River Basin.

Daines is a co-sponsor of the Barrasso bill. Other co-sponsors include Republican Sens. Jim Inhofe of Oklahoma; Shelley Moore Capito, of West Virginia; Mike Enzi, of Wyoming; and Kevin Cramer, of North Dakota.

Scott Rhodes, 52, is accused of violating the Truth in Caller ID Act by making 4,959 robocalls with falsified caller ID information.

This may be Montana’s political “Groundhog Day,” an endless loop in which no matter how many congressional district maps are drawn, they reset to 1980.

Gov. Greg Gianforte said Thursday he supported health care workers, but stopped short of condemning the attorney general's actions, saying he didn't have all the details.

The clinic opens as Butte, like the rest of the state, has faced a surge in COVID-19 cases.

Montana Sen. Steve Daines during a hearing about misconduct from National Park Service employees in a Senate Hearing on June 7, 2017. Daines is the chairman of the subcommittee on national parks. He is a member of the Energy and Natural Resources’ committee.  Wyoming Sen. John Barrasso is seated to the right of Daines.