The Montana Supreme Court on Wednesday unanimously ruled the state Constitution gives exclusive authority to regulate firearms on campus to the Board of Regents of Higher Education, thwarting the state Legislature's efforts to allow concealed carry on state campuses.

The high court ruling, authored by Justice Laurie McKinnon, affirms a District Court decision from late last year, in which Judge Michael McMahon issued a permanent injunction against sections of House Bill 102 that prohibited the Board of Regents from regulating concealed carry on campuses.

"The MUS appreciates the clarity provided by the Montana Supreme Court," Helen Thigpen, deputy commissioner for government relations and public affairs, said in an emailed statement Wednesday. "From the outset, the Board of Regents sought judicial review of HB 102 to determine the appropriate entity for setting policy for the state's public colleges and universities. The Board of Regents values its strong partnership with the Legislature and will continue to work on shared goals and priorities to strengthen the state's economy and provide world-class educational opportunities to Montanans."

Other parts of the bill that expand where both concealed and openly carried firearms may be possessed remain intact.

Republicans had lauded the bill on Second Amendment grounds, arguing the rollback of regulations allowed citizens to protect themselves. Republican Rep. Seth Berglee of Joliet on Wednesday called the ruling a "slippery slope."

"If the Board of Regents can restrict this right, what's to stop them from restricting free speech, due process, voting, or executing warrantless searches and seizures on university property?," Berglee said in an emailed statement. "That unelected Board of Regents members can unilaterally limit constitutional rights should concern all Montanans. This is the most pro-government, anti-freedom ruling I've seen from the Montana Supreme Court in a long time."

Still, legal experts gave lawmakers notice that such legislation may be at odds with the Montana Constitution. Republican lawmakers included $1 million in implementation funding that would be withdrawn by the Legislature if the Board of Regents decided to litigate over the matter.

A Board of Regents committee held a public hearing last year to consider pursuing litigation after Gov. Greg Gianforte, a Republican, signed HB 102 into law. Supporters of the draft policy allowing guns on campus were outnumbered 11-to-1 by those opposed.

The bill has been under litigation since May 2021. It was supposed to go into effect the following month.

Republican Montana Attorney General Austin Knudsen represented the state in the case against the Board of Regents.

"House Bill 102 was an historic expansion of Montanans’ rights and their ability to defend themselves," Kyler Nerison, a spokesperson for the Attorney General's Office, said in a statement on Wednesday. "As the court notes in its opinion, being sheltered within a 'gun-free zone' hasn’t prevented students from being murdered on university campuses in Montana."

"We must also consider that Montana's Constitution is a prohibition upon legislative power, rather than a grant of power," the ruling stated. "… We agree that HB 102 unconstitutionally infringes upon the Board's responsibility to oversee the (Montana University System)."

Justice Ingrid Gustafson recused herself from the Board of Regents case. Cascade County District Court Judge John Parker was appointed to her place.

The so-called campus carry case has become fodder during this year’s Supreme Court race. McMahon, who initially ruled against HB 102's provisions relating to college campuses, received sharp criticism around the state from GOP leaders during his own bid for Gustafson's seat. McMahon was a distant third vote-getter in the primary earlier this month; Gustafson and Public Service Commission Chairman James Brown will advance to November's general election.

In an emailed statement on Wednesday, Gustafson said her re-election bid this year played into the decision to recuse herself.

“This case involved an appeal from an order issued by Judge McMahon, who at the time of the appeal, was a primary opponent running against me for the Montana Supreme Court. To avoid the appearance of any conflict of interest, I recused myself from this appeal,” Gustafson said.

“ ... The way you keep your huckleberry patch secret is you don't, say, file it (with) a government agency."

The Montana Supreme Court on Friday struck down an attempt by Republicans in the Legislature to change the way the high court’s justices are elected.

Zinke has spent much of this campaign railing against the so-called “deep state,” alleging that an entrenched federal bureaucracy stifles meaningful change.

The fliers piled up in mailboxes in South Dakota like a blizzard: "Transgender Sex Education in Schools?" one asked. "Vote Against Sex Ed Radical Mary Duvall for State Senate."

Montana remains on track to switch over to a new statewide voter management system in January 2023, after an encouraging test of the system in the state's June primary.

Some Republican legislators want to return part of an estimated $1 billion surplus to taxpayers, while others want to spend the money offsetting future spending obligations.

After his second impeachment, former President Donald Trump made it his mission to defeat Rep. Liz Cheney, his chief Republican rival. On Tuesday, he succeeded.

Montana has two House seats up for election this November.

The money comes from the federal government through the American Rescue Plan Act.

This 'smart fabric' can contract and lift weight just like muscles

This 'smart fabric' can contract and lift weight just like muscles 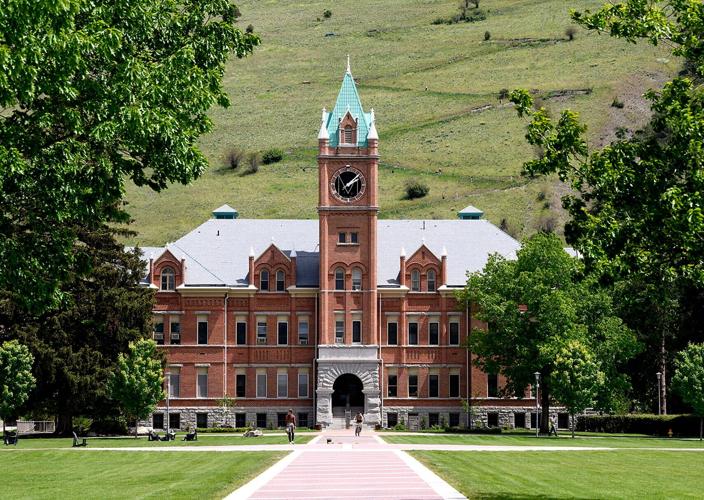 The University of Montana's Main Hall. 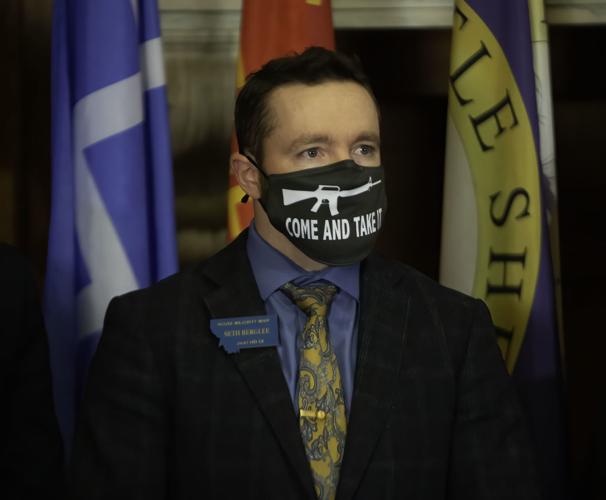