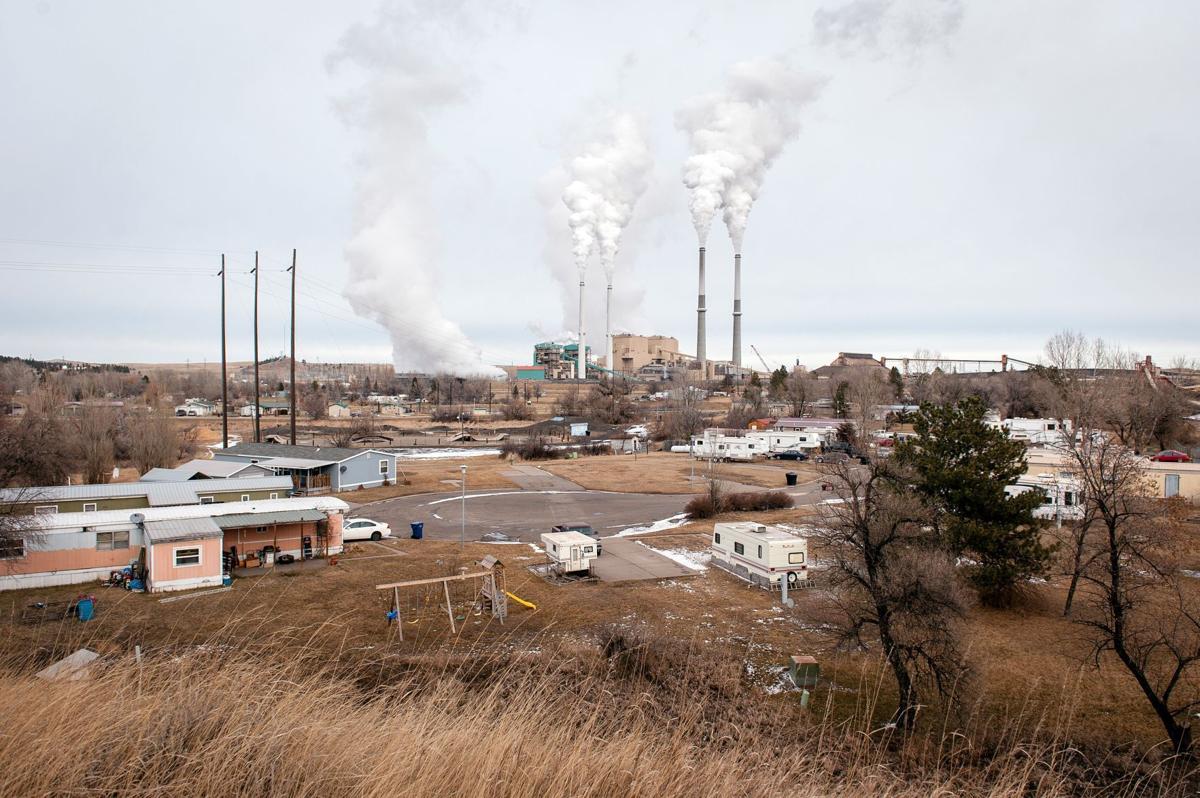 The Colstrip power plant stands over the town of Colstrip on Wednesday, Jan. 30, 2019. 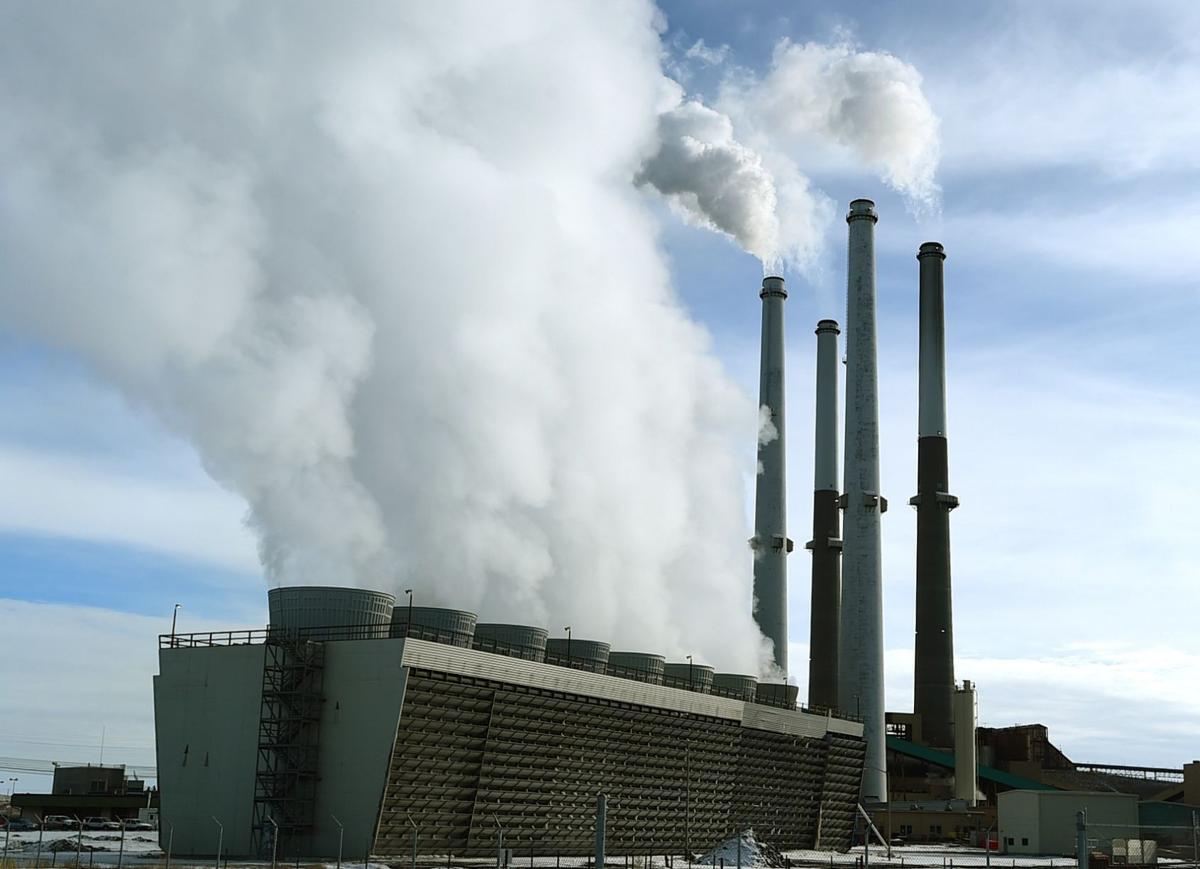 Steam rises from cooling towers as three of the four power plants at Colstrip operate on January 29. 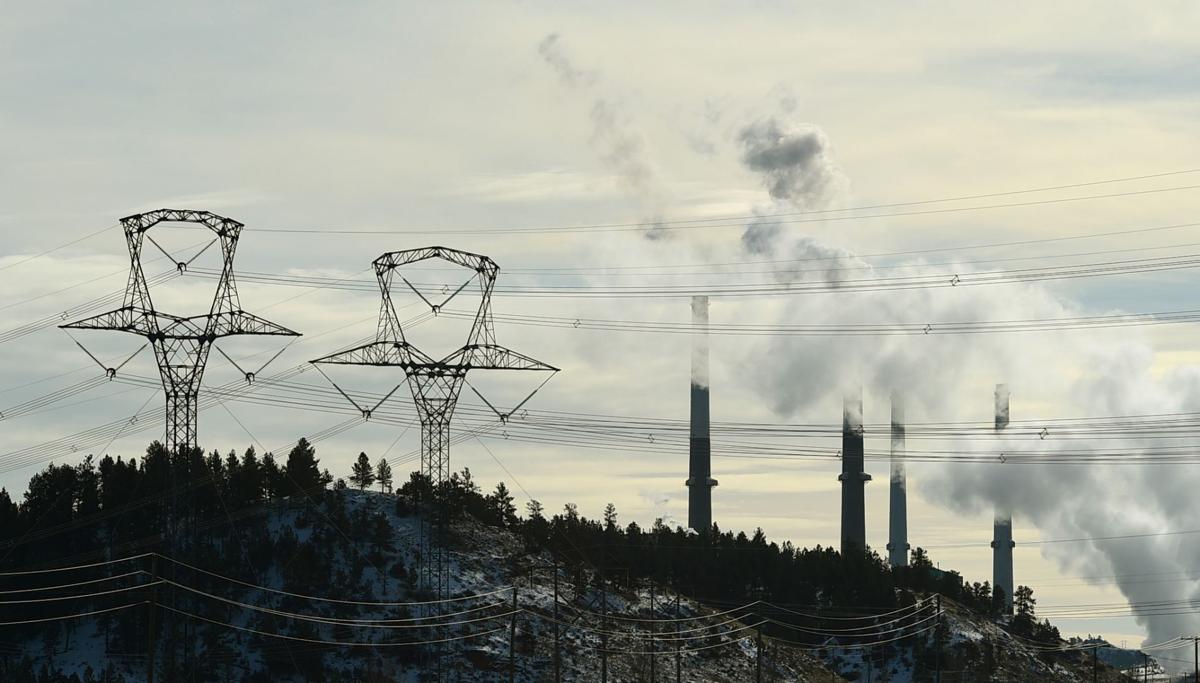 Update April 28, 8:45 a.m.: On reconsideration Wednesday morning, lawmakers decided there were better places than the Public Service Commission budget to find $75,000 for an investigation into the PSC's decision to not allow NorthWestern Energy to bill customers for $6 million stemming from a months-long summer malfunction at Colstrip Power Plant. The money will come from the state general fund.

Montana’s utility regulator might still pay a price for not allowing NorthWestern Energy to bill customers for $6 million stemming from a months-long summer malfunction at Colstrip Power Plant.

Tuesday, Republicans voted to take $75,000 from the budget of the Montana Public Service Commission to pay for a study about how the PSC’s decision last fall affected NorthWestern Energy’s bond rating — and whether customers could face costs when the utility’s bond rating suffers. The amendment was offered to House Bill 2, the state’s general spending bill, during a meeting of the ate Free Conference Committee.

The budget cut is equal to the annual salary of PSC rate analysts, who have been blasted by lawmakers for raising concerns about how customer bills might increase under legislation favoring Colstrip and the state’s largest monopoly utility. Another PSC staff position was eliminated by lawmakers a couple of weeks ago.

“My understanding of this particular amendment is that the PSC made a decision that the utility it was regulating was not supportive of and that's what this study is going to be about. It seems like nonse to me,” said . Janet Ellis, a Helena Democrat. “To me, protecting customers is really important for the PSC to do ... rather than stockholders. I don't think they necessarily should make all their decisions based on providing for stockholders to have their finances improve.

Representative Llew Jones, a Republican from Conrad, framed the amendment as settling a debate about whether the PSC decision to not bill customers was really in customers' best interest. The money is to be given to the Bureau of Business and Economic Research at the University of Montana.

“There is a question ... whether their decision supported the customers or not. I think this study will show whether that's the case or not. It's an independent group. And so there's some question if this decision was either good or bad for customers,” Jones responded. “And so hopefully, ator Ellis, you're absolutely right and the PSC made the right decision. But we have studies done all the time when we're concerned that stuff may not be right. So this allows us to have an independent, third-party verification of a government agency, something we've done numerous times in other cases.”

To which Ellis replied: “Repretative Jones, if this is such a good idea, why are you taking money away from the PSC to do this study?”

Jones said: “That seemed to be a good source of funding, and they seem to have funding to be able to do it.”

At issue is Colstrip Power Plant’s two surviving coal-fired generators. Units 3 and 4 were taken offline for more than two months during the summer of 2018 after June tests revealed the units were failing federal Mercury and Air Toxics Standards, or MATS.

For the next 77 days after the MATS failure, Units 3 and 4 operated only for testing as engineers worked to bring them back into compliance. During that time, NorthWestern and Colstrip’s other utility owners collectively spent more than $20 million dollars on replacement power. The units weren’t given a clean bill of health until September.

During a months-long investigation, which was followed by a hearing in 2020, The Montana Consumer Counsel, the state’s constitutionally created consumer advocate, questioned whether the Colstrip owners responded to the pollution problems with the units in a way that protected customers from avoidable costs. Utilities generally have to prove the unexpected costs, for which they want to bill customers, weren’t the result of bad decisions or neglect.

In the case of the 2018 outage, NorthWestern and other power plant owners were ruled imprudent for not avoiding the outage. There were warning signs five months before the outage that pollution levels were trending higher. Unit 4 was exceeding emissions levels. Unit 3 was trending higher, but within range.

In Washington, power plant owners Puget Sound Energy, Avista Corp., and PacifiCorp were denied reimbursement after refusing to provide information about the outage requested by the Washington Utility and Transportation Commission. But the WUTC staff preted its case that poor decisions by power plant owners led to the outage.

In 2016, NorthWestern was denied cost recovery for $8.2 million in replacement power costs from a 2013 outage at Colstrip Unit 4. In that case, the PSC concluded that NorthWestern had not taken steps that would have protected customers from replacement power costs for an outage that lasted roughly half a year. Specifically, NorthWestern didn’t bother to pay for insurance that would have helped cover the expenses, as pointed out by then-Commissioner Travis Kavulla.

“Most property owners and businesses are familiar with the idea that when their property breaks down, they suffer the consequences, unless they have bought insurance,” said Kavulla at the time. “Here, NorthWestern neither investigated the possibility of obtaining insurance, nor did it take steps to limit the risk of major damage to its power plant by insisting on common-se tests. Evidently, NorthWestern merely expected its consumers to bear the risk of those failures. That is inappropriate and not businesslike. The Commission’s decision is one that insists that NorthWestern act like a business.”

Both for the 2018 outage and the 2013 outage, NorthWestern was allowed to bill customers on an interim basis as it made its case to keep the compensation.

There is a substantial relationship between NorthWestern and the University of Montana’s Bureau of Business and Economic Affairs. The relationship wasn’t mentioned by Jones when he introduced the amendment to remove $75,000 from the PSC budget for an independent study.

NorthWestern is the primary sponsor of BBER’s annual economic outlook, the most detailed look at the state’s economy. This year, the pretation opened with an editorial comment by NorthWestern CEO Bob Rowe. In 2020, the conference included a pretation by NorthWestern staff about the utility's plan to buy an additional 185 megawatt share of Unit 4 for $1 from Puget Sound Energy.

There was no discussion at the 2020 seminar about whether the purchase would have been beneficial for Montana's economy. The proposal was later withdrawn as utility analysts in Washington concluded the sale wasn't good for Puget's customers. In Montana, the Consumer Counsel was raising questions about the risks the deal preted to NorthWestern Energy customers.

NorthWestern has also commissioned BBER to offer an economic forecast for what happens in Montana when Colstrip shuts down. That study was done in 2015 ahead of the emissions-cutting prescription of the federal Clean Power Plan. The Clean Power Plan was never carried out.

BBER did a second report in 2018 on the economic outlook related to the closure of Units 3 and 4.

Psaki on gasoline shortage: 'The end is in sight'

Psaki on gasoline shortage: 'The end is in sight'

In Montana, one in three residents doesn’t have broadband access. That's three times the national average.

As the dust settles after the 67th Montana Legislature, one thing is for certain: the debate over nonresident hunting licenses and the role of outfitting is far from over.

Recently found footage from Montana Highway Patrol vehicle considered key in a lawsuit filed against the agency has been made public.

In a brief dated April 23, state attorneys said the video was found among some old files in a desk at the Miles City MHP office.

The old chairs that House members of the state Legislature sat in, and some tumbled from, for more than 100 years have been auctioned off to current and former lawmakers, leaving at least one Montana resident angry that the general public wasn’t offered the same opportunity.

Montana Supreme Court Justice Jim Rice was the only justice last month to file a court challenge against a legislative subpoena seeking his communications.

Existing policy banned firearms on campus except for trained law enforcement personnel and other security.

“This is an effort, led by the highest office in the nation, to replace neutrality in teaching with slanted propaganda," said Superintendent of Public Instruction Elsie Arntzen.

The Colstrip power plant stands over the town of Colstrip on Wednesday, Jan. 30, 2019.

Steam rises from cooling towers as three of the four power plants at Colstrip operate on January 29.