On CNN’s “State of the Union” with Jake Tapper, the host asked Bullock, a Democrat, if he would support such a ban. “You know, I would, Jake,” Bullock said.

“If we really step back for a minute, I think most folks, be it in Montana or elsewhere, that are firearms owners want to keep themselves and their families safe.”

Semiautomatic firearms have been used in mass shootings around the country, including a school shooting in Parkland, Florida, earlier this year that killed 17. After that shooting, many in Bullock’s party have called for a ban and introduced legislation to do so.

On Sunday morning, Ronja Abel, a spokeswoman for Bullock, said the governor sees a ban on assault rifles as protecting safety while preserving the rights of gun owners.

“Gov. Bullock is doing what most Americans are right now — reflecting on how we got to the point where mass shootings are a common event — and trying to find a way to stop it,” Abel said. “Like many Montanans, Bullock is a gun owner and a hunter and he personally doesn’t see the need for these kinds of firearms for hunting or personal safety.

"There are things we can do to keep guns out the hands of people who shouldn’t have them without taking privately owned weapons from those who legally own them.”

In an op-ed this spring, Bullock made a significant change in his views on gun policy by endorsing universal background checks. He’d previously opposed them during his 2016 re-election bid. Bullock has not spoken publicly about an assault rifle ban before.

“Let’s focus on what works. Most gun owners are law abiding, yet too often guns get into the wrong hands. That’s why the first step ought to be universal background checks and cracking down on straw purchases of guns,” Bullock wrote in the opinion piece that first appeared in newspapers that are part of the USA Today Network in May.

In the opinion piece, Bullock described feeling ”paralyzed” in the spring of 1994 when he was told his 11-year-old nephew had been shot and killed outside a Butte elementary school. He also wrote about the tradition of hunting in Montana, saying his son shot his first deer last fall while practicing the “fundamentals of fair chase” and following hunter safety principles.

Some see Bullock’s changing views on firearms as a shift to better position the two-term governor and former state attorney general for a presidential bid in 2020.

Last week Bullock spoke at the Des Moines Register’s Political Soapbox at the Iowa State Fair. There he discussed his efforts to fight dark money in Montana politics and painted himself as a Democrat who spends time talking to voters who don’t always agree with him.

Bullock won re-election in 2016 in a state Republican President Donald Trump won by 20 points that year and told the crowd in Iowa he’d be electable in Trump country. But he sidestepped a question from the crowd asking if he’d run for president in 2020.

“I do have a story of how I’ve been able to bring people together, and I think that’s in part what our country desperately needs,” Bullock said. “ … Right now what I’m doing is listening and that’s honestly as far as it goes."

On Sunday, Bullock said he also wants to see other efforts to reduce gun violence, such as red flag laws and age and magazine restrictions in addition to universal background checks.

“Let’s begin with everybody wants to keep themselves and their families safe and let’s try to find those values where we can move things forward,” Bullock told Tapper.

“We also need to take steps that would make an immediate impact on keeping kids and families safe including strengthening background checks and NICS; closing gun show loopholes and cracking down on straw purchases of guns; keeping guns away from domestic abusers and passing red flag laws; and looking at age restrictions for certain guns,” Abel said.

In his time as governor, starting in 2013, the state Legislature has proposed more than 30 bills related to access to and use of firearms, firearms safety and economic development related to firearms.

Since 1999, nearly 100 pieces of gun-related legislation have been introduced. Most were aimed at loosening restrictions on concealed-carry permits, increasing the number of places guns are allowed, opening up the state's "stand your ground" laws, increasing shooting range funding and enshrining the right to hunt in the Montana Constitution. A high percent of the bills were brought by Republicans; only 17 of the bills were carried by Democrats.

Bills that have become law during Bullock's tenure include offering tax breaks to manufacturers of firearms, making information provided to get concealed weapons permits confidential, eliminating a fingerprinting requirement to renew concealed weapon permits and setting a timeline for the process, keeping doctors from asking patients about owning firearms, clarifying it is legal to use suppressors to shoot coyotes and letting permanent residents who aren't citizens apply for concealed weapon permits.

Bullock has vetoed several firearms-related bills. That includes bills that would let a person carry a firearm on U.S. Postal Service Property, allow people eligible to own guns to carry them without concealed-carry permits, allow legislators to conceal-carry handguns on state property, allow people to carry concealed weapons in restaurants that sell alcohol, prohibit enforcement of new federal gun laws by Montana law enforcement officers, prohibit state enforcement of any federal ban on semiautomatic firearms and magazines and allow students with permits to carry concealed weapons on state college campuses.

Watch Now: Seniors struggle to get the vaccine

Watch Now: Seniors struggle to get the vaccine

Lawmakers To Get Capitol Security Briefing

Lawmakers To Get Capitol Security Briefing

Bullock says he can win in Trump country during Iowa trip

Montana's Democratic governor was in Iowa on Thursday railing against money's corrupting influence in government and talking up his ability to win in Trump country, but he continued to deflect questions about his plans for a 2020 presidential run.

Montana Gov. Steve Bullock has added New Hampshire to his schedule of trips to early-voting states this month as he explores a possible 2020 presidential bid.

HELENA — Montana Gov. Steve Bullock is planning his third trip of the year to Iowa just weeks after traveling to the Hawkeye State as he explores a possible 2020 presidential campaign. 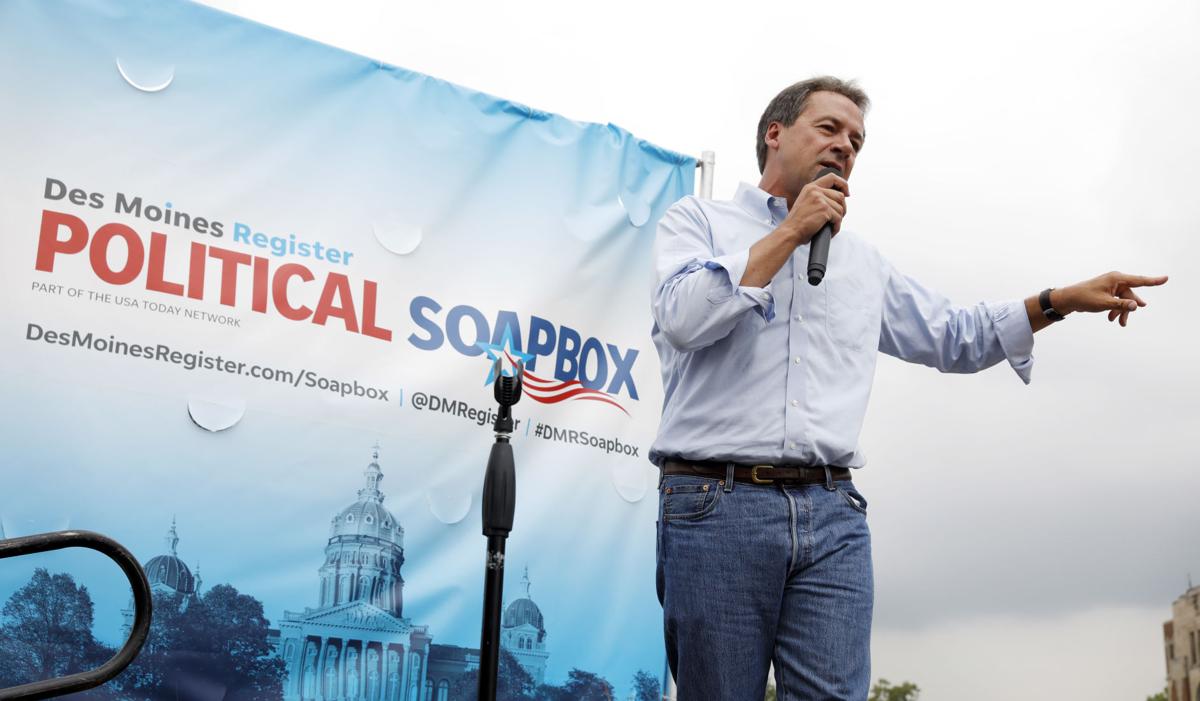 Montana Gov. Steve Bullock speaks at the Des Moines Register Soapbox during a visit to the Iowa State Fair on Thursday in Des Moines, Iowa. 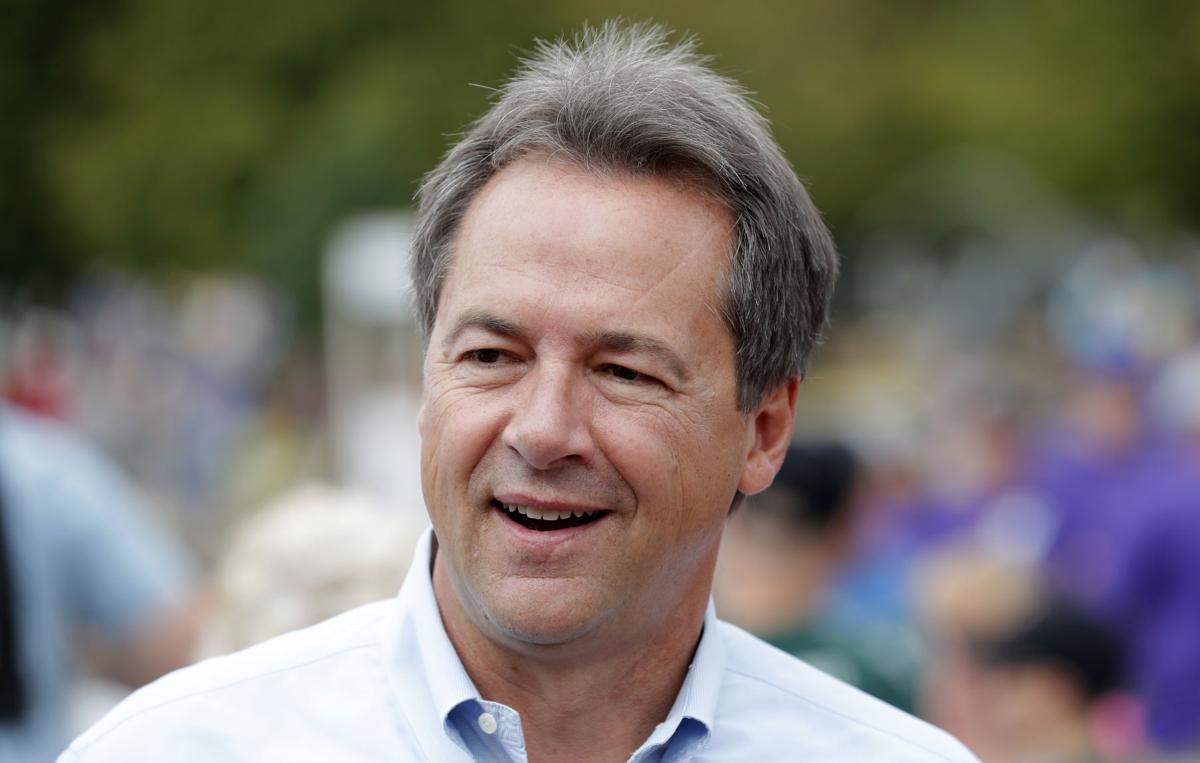