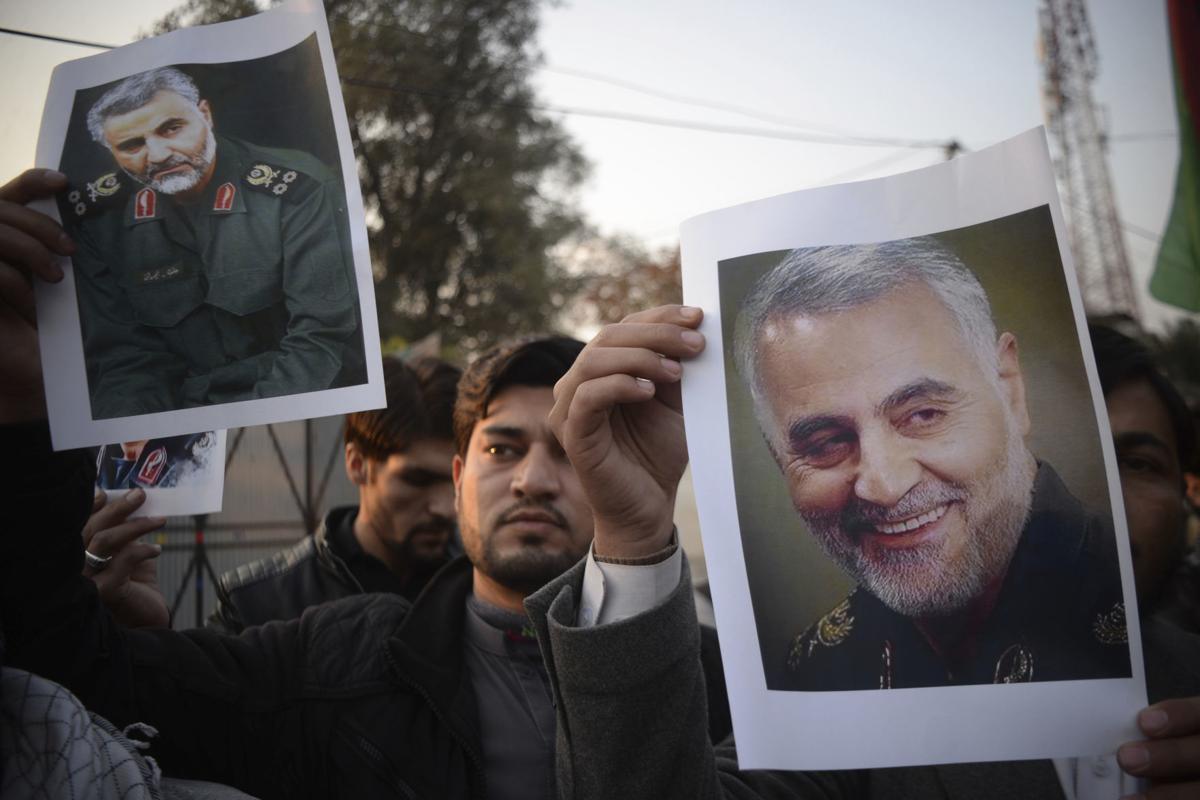 Pakistani demonstrate over the U.S. airstrike in Iraq that killed Iranian Revolutionary Guard Gen. Qassem Soleimani, in Peshawar, Pakistan, Friday, Jan. 3, 2020. Iran has vowed "harsh retaliation" for the U.S. airstrike near Baghdad's airport that killed Tehran's top general and the architect of its interventions across the Middle East, as tensions soared in the wake of the targeted killing. (AP Photo/Muhammad Sajjad) 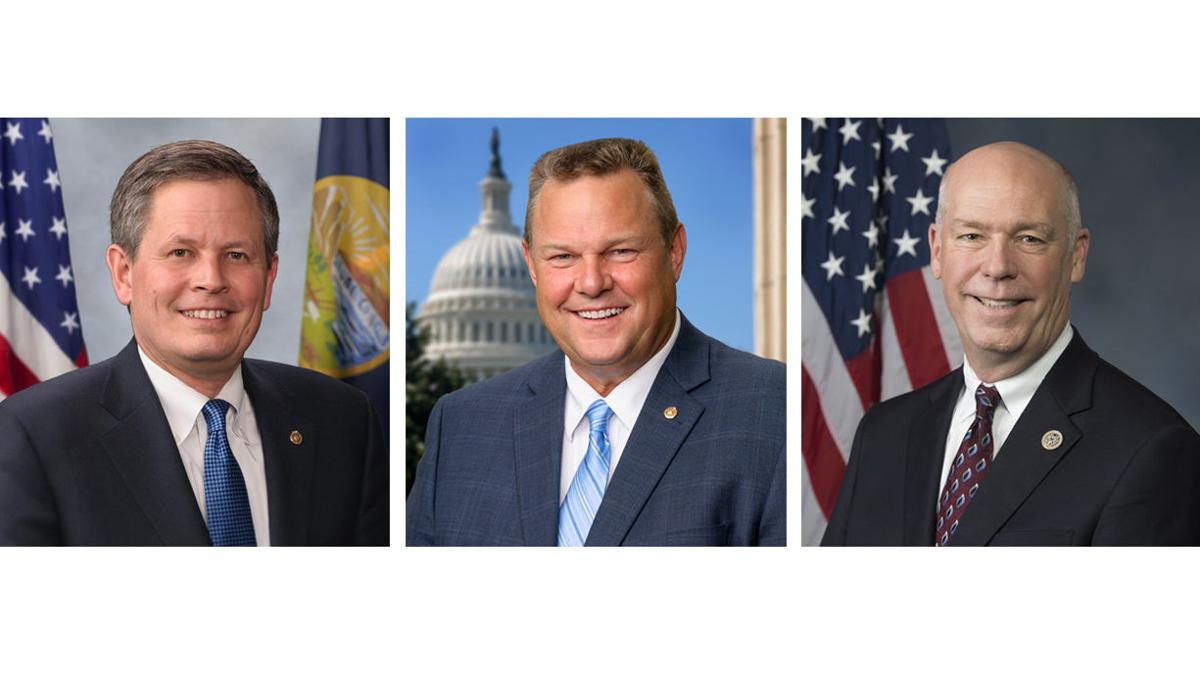 There was no debate among Montana’s Congressional delegation Friday about Qassem Soleimani being an enemy of the state. But, there is a split over whether lawmakers should have been consulted about the drone strike killing the Iran general.

A U.S. air strike in Iraq killed Soleimani Thursday night. Iran called the general’s death an act of war and vowed revenge. Only a few lawmakers learned ahead of time that President Donald Trump had ordered the air strike.

“Soleimani was an evil terrorist who killed hundreds of Americans. Iran’s Quds Force was mistaken not to take warnings from the President seriously,” Sen. Steve Daines, R-Mont., said in an email. "They chose the path of escalation. I’m proud of President Trump for taking this defensive action to protect American lives and our allies.”

Daines took the position that Trump had the constitutional authority to order the air strike because Americans faced imminent threats from Soleimani, who commanded an elite military branch called the Quds Force while also coordinating with terrorist militias.

Democratic lawmakers objected to Trump not first seeking an Authorized Use of Military Force, or AUMF, from Congress. Several members of Congress and U.S. allies said Friday the attack caught them off guard.

“Qassem Soleimani was an enemy of the United States and was responsible for brutal attacks on Americans and our allies — the world is better off without him. However, Senator Tester is deeply concerned the Administration took this action without consulting Congress or our closest allies,” said Sarah Feldman, speaking on behalf of Sen. Jon Tester, D-Mont. “The White House needs to be prepared for the increased risks Americans now face. Senator Tester is urging the Administration to present its plan to protect our citizens and bring stability to this situation.”

Just six months ago, Tester supported an unsuccessful amendment that would have prevented Trump from taking unauthorized military action against Iran. Daines voted against the June amendment.

The vote, which would have added the requirement to the National Defense Authorization Act, was a check on presidential powers and would have given Congress more power specifically on the United States’ deteriorating relationship with Iran. Military tensions between the two countries have ratcheted up since the U.S. withdrew from a multinational agreement to curb Iran’s development of nuclear material for weapons. U.S. bases have been attacked in Iraq. The United States has retaliated by bombing the bases of Hezbollah. Both Hezbollah and the Islamic Revolutionary Guard Corps are recognized as foreign terrorist organizations by the U.S. Office of the Director of National Intelligence.

“I support President Trump’s decisive action to protect American lives and kill Soleimani, a vile terrorist who had decades worth of American blood on his hands. It’s better to take a firm, strong stance against terror as President Trump did, instead of flying in pallets of cash to a terrorist state,” Gianforte said.

As Iran’s threats of revenge percolated in Washington, D.C., concerns of cyberattacks on U.S. businesses were raised. The Washington Post reported concerns of several former defense and intelligence experts about cyberattacks. Iran’s cyberattack abilities are formidable.

"Cyberattacks, whether from terrorist states, adversaries, or rogue actors, are threats to public safety,” said Gianforte, who made millions with a successful Bozeman software business. “With our internet-driven, Montana-based business, we made cybersecurity and protecting sensitive data a core of our mission. It requires staying one step ahead of those who would do us harm, and I strongly support continuing to grow a robust cybersecurity element as part of our national defense."

The Associated Press reports that in 2012 and 2013, in response to U.S. sanctions, state-backed Iranian hackers carried out a series of disruptive denial-of-service attacks that knocked offline the websites of major U.S. banks including Bank of America as well as the New York Stock Exchange and NASDAQ. Two years later, they wiped servers at the Sands Casino in Las Vegas, crippling hotel and gambling operations.

That round of cyberattacks receded after the 2015 Iran nuclear deal.

We can deliver obituaries to your email. Sign up here.

SAVE on your first 3 months! Join today