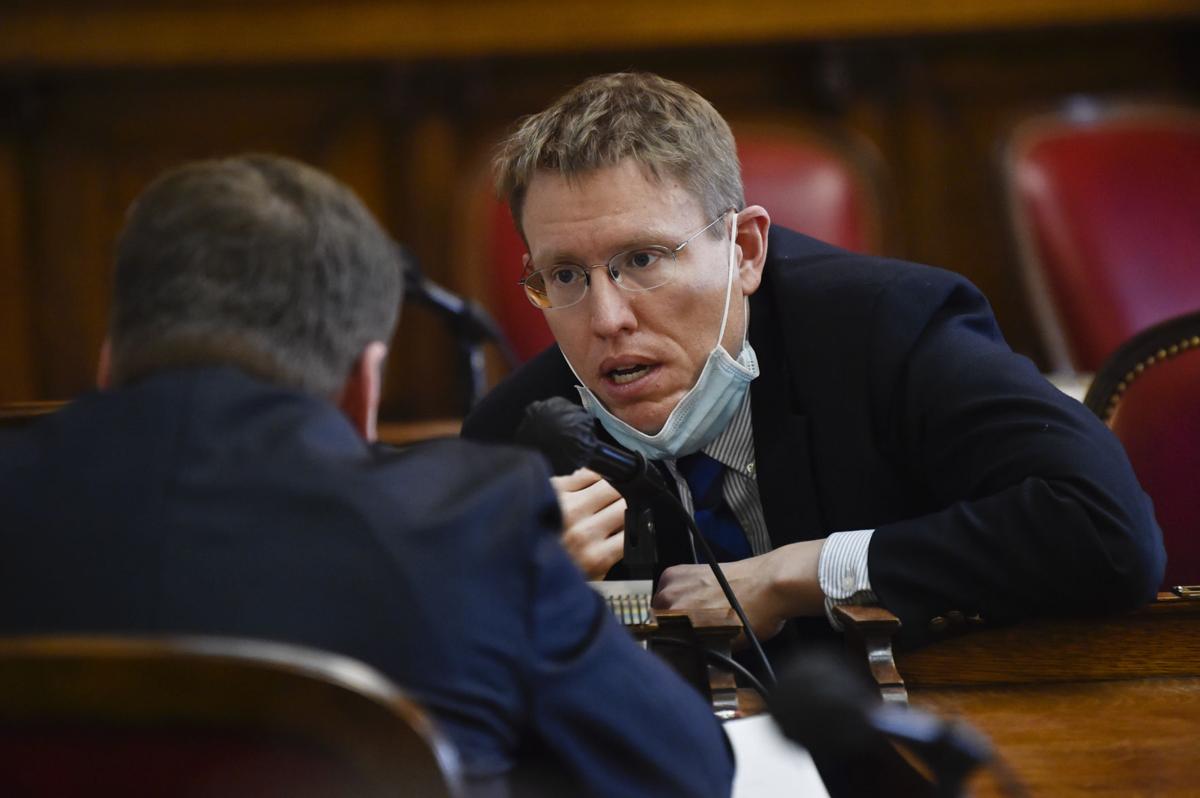 Legislation introduced Friday would protect businesses from COVID-related civil lawsuits, one of several benchmarks Gov. Greg Gianforte said earlier in the week he would like to see passed before lifting statewide public health requirements.

Industry associations came out in droves Friday morning in support of Senate Bill 65 in the Senate Business, Labor and Economic Affairs Committee, introduced by committee chair Steve Fitzpatrick, a Republican from Great Falls.

Those opposed to the legislation said it stripped consumers, employees and patients of their rights to sue for civil damages.

The bill would protect businesses, health care providers, places of worship and nonprofit organizations that are in compliance with precautionary measures issued at the city, county or state level, but would require no more of them to be considered safe from liability lawsuits. Fitzpatrick noted the proposal lifts the threshold for a lawsuit from ordinary negligence to gross negligence, which in simple terms would mean intentionally not enforcing such public health orders.

"Right now we have kind of an anything-goes situation around the state," Fitzpatrick said. "What we're saying here is any government regulation, that's the maximum. You don't have to go over and beyond that."

The bill does define cases outside the compliance-based protections. Businesses that sold or made products in response to the pandemic, such as masks and other personal protective equipment, would be free from civil liability for defective products, although temporarily. Medical providers could not be sued by anyone who died or was injured as a result of doctors delaying surgeries or shifting hospital resources toward COVID-19 care.

The proposal is part of Gianforte's package deal, along with widespread vaccination and lowering the daily COVID-19 numbers tallied onto the confirmed cases in Montana, toward scaling back public health measures imposed by the previous administration. Friday saw 838 new cases, the highest new daily count since Dec. 10.

Among the opponents was Al Smith, executive director of Montana Trial Lawyers Association, who said the bill would unnecessarily preclude people from bringing legitimate claims to court.

"Our current law already provides protections for businesses and medical providers, which is why there hasn't been an explosion of cases," Smith said. "We understand this immunity bill is a priority step toward rescinding the mask mandate but we don't see how providing immunity improves the health of our communities."

Henry Kriegel, a lobbyist for Americans for Prosperity Montana, said during testimony in favor of the bill that 32 COVID-related lawsuits have been filed in Montana, and 7,000 have been filed across the country, ranging from product liability to medical malpractice.

Fitzpatrick pushed back on the notion that the bill's passage would shut down legitimate lawsuits.

"We're trying to provide some fairness to this whole situation because everything's changed so much and you've seen so many kind of on-the-moment spur decisions made by people trying to do the best they can, and even though they're doing the best they can, they can get hauled into some kind of lawsuit," Fitzpatrick said.

Fitzpatrick said he already has planned amendments to the bill, including identifying safe harbor, the compliance-based protection threshold, as an affirmative legal defense, defining what a person is and removing the "minimum medical condition" because he believed it was "too restrictive."

Gianforte applauded the bill's introduction in a letter to the committee Friday.

"I appreciate that SB65 begins by offering protections to those who care for our residents during the pandemic, including by limiting the civil liability of health care providers and manufacturers of COVID-19-related products under certain circumstances," Gianforte said. "Such health care providers and manufacturers remain especially vital to the state's ongoing pandemic response and current initiatives to protect the most vulnerable Montanans.

"Montana's economic comeback is largely dependent on the ability of all business sectors to operate without fear of being sued when following, and in compliance with, current public health guidance," he said.

The committee's next meeting is Monday. Fitzpatrick said Friday he expects the committee to take executive action on the bill on Tuesday.