A bill to require candidates for Supreme Court justice seats affiliate with a political party went down on a House floor vote Monday, the second time in a week the chamber has rejected a politicization of judicial elections.

The first half of the 2021 Legislature has seen a number of attempts to revise to how judges reach the bench. The House on Saturday endorsed a bill backed by Gov. Greg Gianforte to give the governor direct appointment power to fill judicial vacancies. That bill, Senate Bill 140, passed the House on third reading Monday, solidifying the proposal's path to the governor's desk in the coming days.

Supporters argued the measure was a "transparency" effort to give voters a better understanding of the candidates. Rep. John Fuller, R-Whitefish, said he agreed with the notion that judges can compartmentalize their beliefs when deciding a case, but said before those attorneys reach the bench like the Supreme Court, "the people have the right to determine which label they should be associated with."

Rep. Ed Stafman, D-Bozeman, said he opposed the bill because one of the highest priorities he gathered from voters in his district was to cool the political rhetoric.

"The political divide is tearing this country apart," Stafman said. "In our district, Democrats and Republicans alike, they want to change this."

The bill went down on a 44-56 vote on second reading. The House could attempt to revive it before a transmittal deadline this week.

If enough other states around Montana moved to year-round daylight saving time, the Big Sky State would follow suit under a bill advancing through the Legislature.

Gov. Greg Gianforte on Friday signed bills allowing snares to be used for the trapping of wolves and lengthening Montana’s trapping seasons.

"NCAA policy directs that only locations where hosts can commit to providing an environment that is safe, healthy and free of discrimination should be selected," the statement reads.

The bills both go back to the House to consider amendments made in the Senate.

By April 19, the Senate's Select Committee on Marijuana Laws plans to have rolled the proposed marijuana implementation bills into one.

The Montana State Prison saw its most recent COVID-19 cases in March. 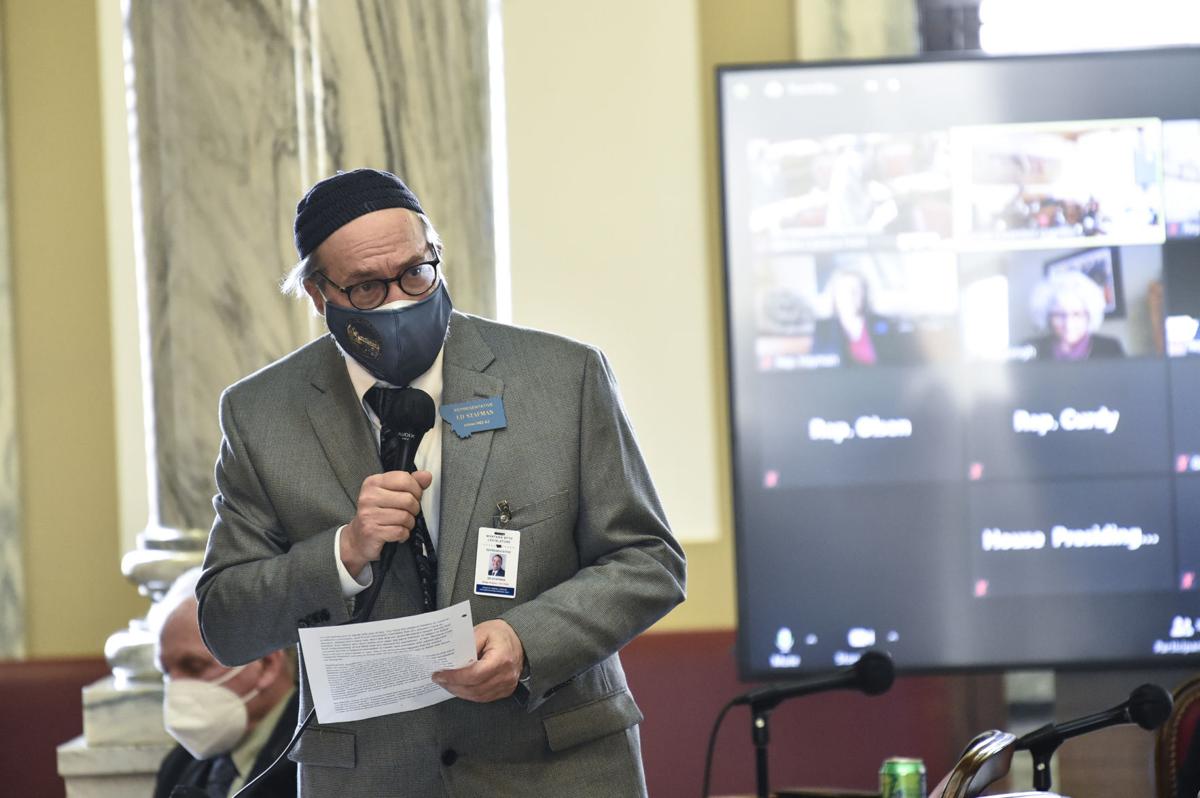 Rep. Ed Stafman, D-Bozeman, speaks on the House floor of the State Capitol on Monday.