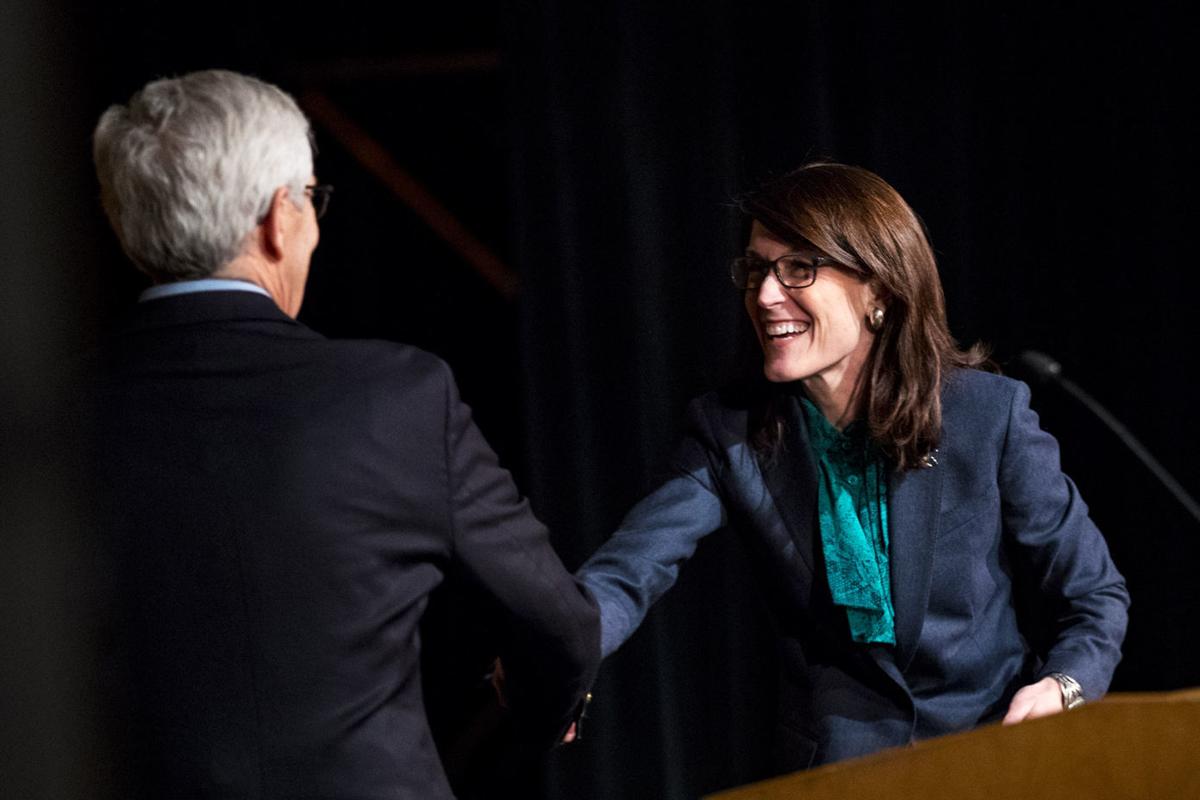 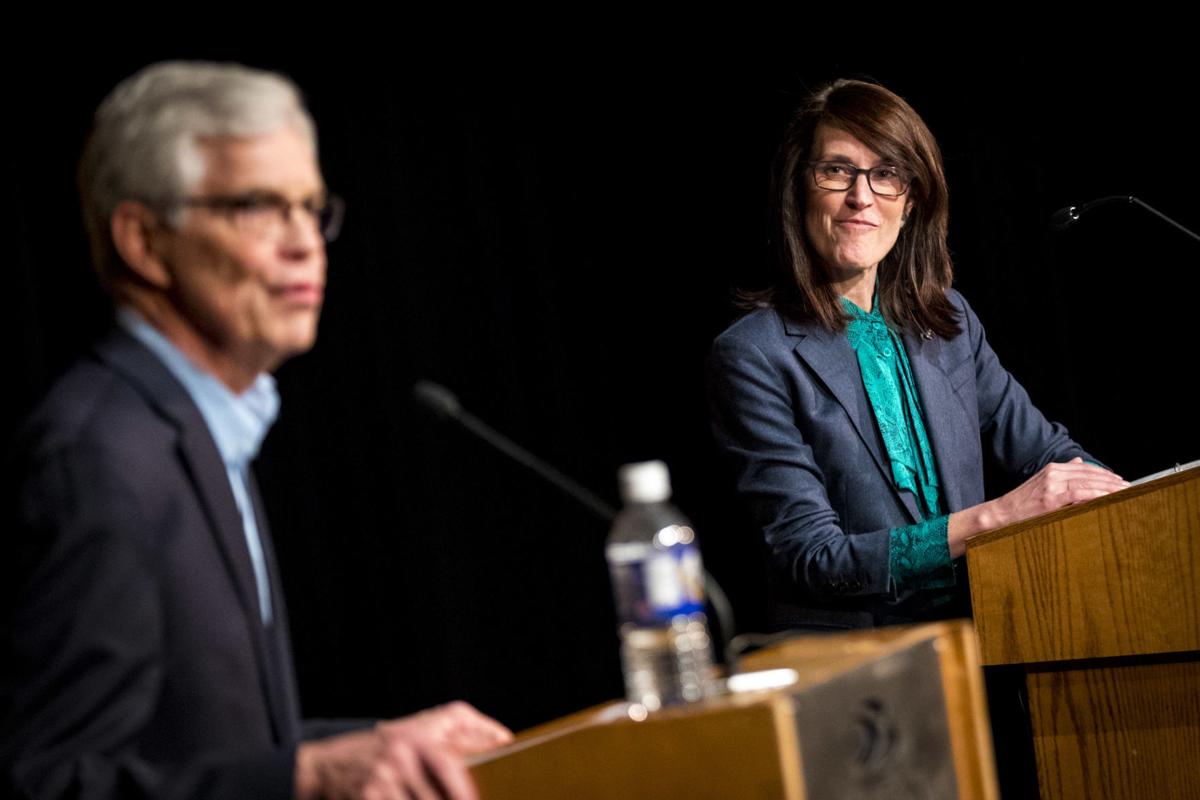 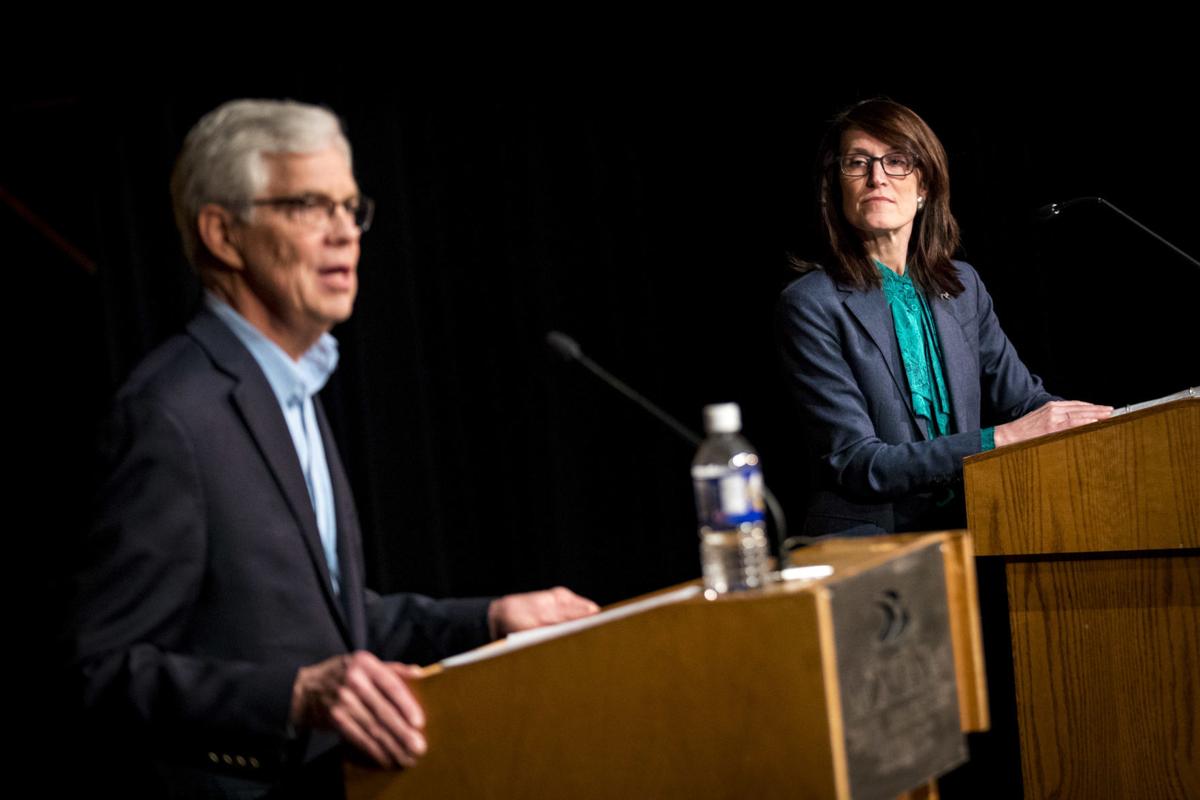 The Democrats, speaking at a Wednesday forum at Montana State University Billings' Petro Hall, identified Gianforte as wrong for opposing legal abortion, and for being on the wrong side of making tax credits available to religious schools. About 100 people attended the event.

“As governor I will veto any attempt to put public money into private or religious schools. That is a red line, and I will not cross it,” Williams said. “Meanwhile, Greg Gianforte, literally arguing in front of our Supreme Court to do the opposite. Rather than siding with the State of Montana and our Constitution. He sides with those who want to give hard-earned taxpayer money to private and religious schools.”

Williams was referring to the lawsuit brought against the state by Kendra Espinoza and two other Montana mothers who want to use a state-sponsored scholarship program to offset their religious schools costs. The case made it to the U.S. Supreme Court where Espinoza was in the courtroom for arguments Jan. 22. Gianforte didn’t argue the case. He did praise the religious schools advocates, as did U.S. Sen. Steve Daines, who posted video from outside the court. It isn’t known whether Gianforte was in the courtroom.

Williams' “red line” against public dollars funding private and religious schools was also counter to the position taken by Cooney’s boss, Democratic Gov. Steve Bullock, who did not veto the scholarship program, essentially a tax credit created by the 2015 Legislature. Bullock allowed the credit to become law.

The candidates were asked about what they would do for coal communities affected by the decline of coal-fired power and coal mining. Cooney said it was important not to leave the communities behind.

“I’ve been to Colstrip and I’ve had conversations with the folks down there. I’ve been down there when I worked for the Department of Labor and Industry,” Cooney said. “And we introduced the retraining programs down there, and there are dollars down there right now that are ready and willing to be deployed to the people when they start leaving their jobs because of the companies down there.”

Both candidates said they thought that renewable energy development was a big part of Montana’s future. Neither brought up the struggles faced by renewable energy developers in the state currently, or NorthWestern Energy’s current attempt to add more coal power to its portfolio, possibly for another 20 years. Neither Cooney nor Bullock have said anything on the topic.

Williams is a philanthropist and businesswoman with deep family roots in Montana Democratic politics. Williams' father, Pat, was a U.S. Representative for 18 years, first representing the state’s western district before becoming the state’s at large representative in 1993 after Montana lost its second House seat. Pat Williams was the only Democrat to win Montana’s at large U.S. House seat, which has been held by Republicans since 1996.

Whitney’s mother, Carol, is the first woman to hold a majority leadership position in the Montana Senate. She is the founder of Carol’s List, which works to get Democratic women elected. Carol led the Montana delegation at the 2016 National Convention to nominate Hillary Clinton.

Whitney Williams worked in the Clinton White House where she was Hillary Clinton’s trip coordinator after graduating from college, then worked for a large social services fundraising organization before becoming CEO of Williamsworks, a consulting business with a presence Seattle and Missoula that works with large nonprofits, corporations and philanthropic groups on public policy issues.

Cooney, Bullock’s third lieutenant governor, is also a former state legislator and former Montana secretary of state. This is his third governor's race — he was Bullock’s running mate in 2016 and a 2000 Democratic primary candidate for governor. Mark O’Keefe won the three-way Democratic primary in 2000, but Cooney got 16.2% of the vote.

Montana's PSC commissioners are spying on each other, investigation shows

Another Bozeman resident running for U.S. Senate as a Democrat

Bozeman resident Josh Seckinger, who is a fly fishing guide, said Tuesday he's running as a Democrat in the U.S. Senate primary.

Investigators are concerned customers are overpaying for the 10-square-mile expansion of Rosebud Mine, and also not benefiting from a substantial tax credit.

Counties get petitions to qualify Green Party; group behind the effort unknown

It's unclear who has submitted petitions to qualify the Green Party for the ballot in Montana this year, after a national political action committee says it wasn't them and the state Green Party posted on Facebook saying they had no plans for an effort this year.

The five candidates vying to be the Democratic nominee for Montana’s U.S. Senate seat squared off in Bozeman Friday night in a forum that saw some attempt to articulate why voters should pick one person over the other.

Facing significant legal challenges, the Trump administration has disbanded its advisory board created to help boost trophy hunting and relax federal rules for importing the heads and hides of African elephants, lions and rhinos.

Democrats running for governor are split on Bullock's legacy

Two of Steve Bullock's would-be successors are making the popular Montana governor a central issue in the race for the Democratic nomination — with starkly different takes on his job performance.

The Montana Lottery Commission has approved the types of bets that will be available when legal wagering on professional and collegiate sporting events begins.

Montana has filed a lawsuit against the two leading drug distributors in the state, saying they failed to monitor and report excessive opioid shipments to Montana pharmacies, worsening the opioid epidemic. 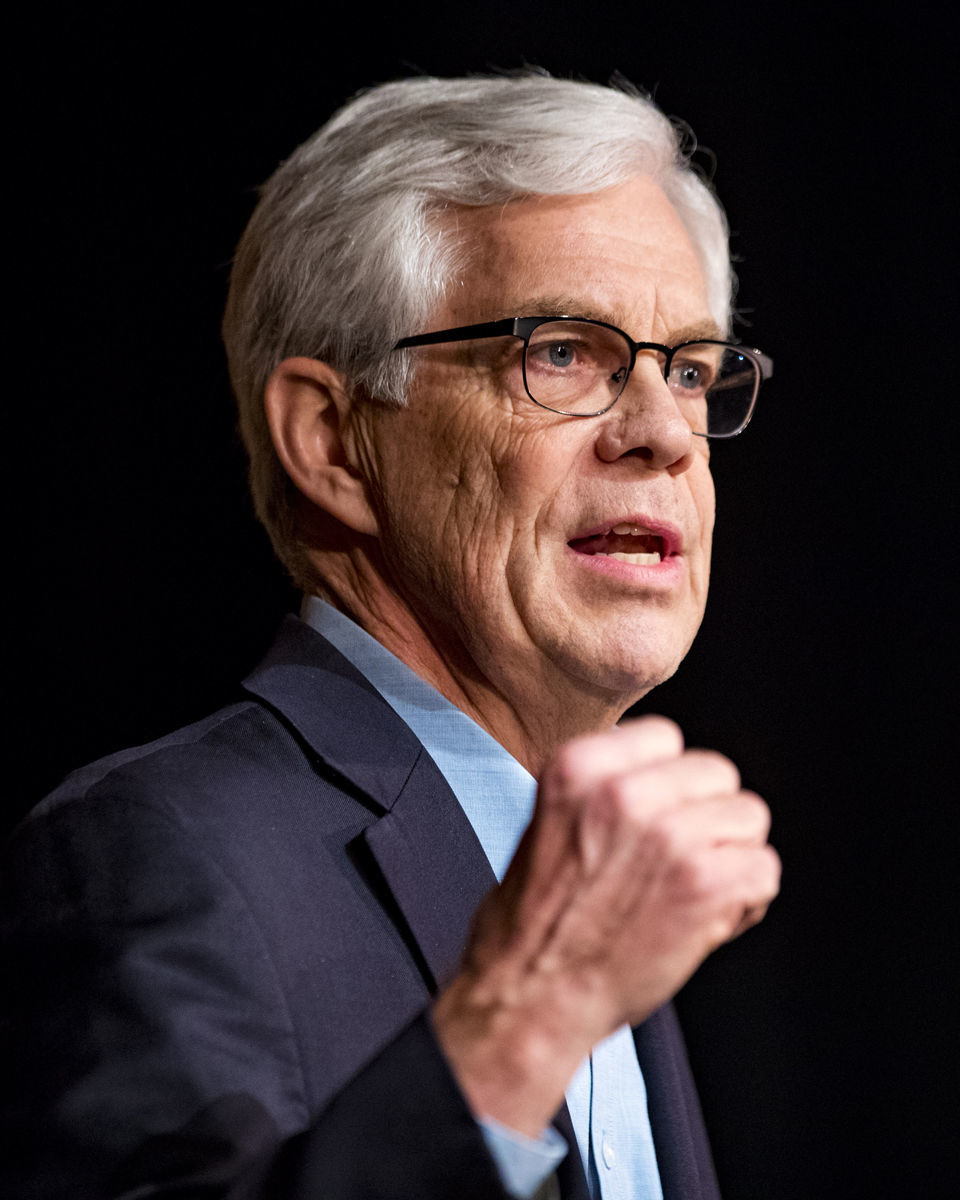 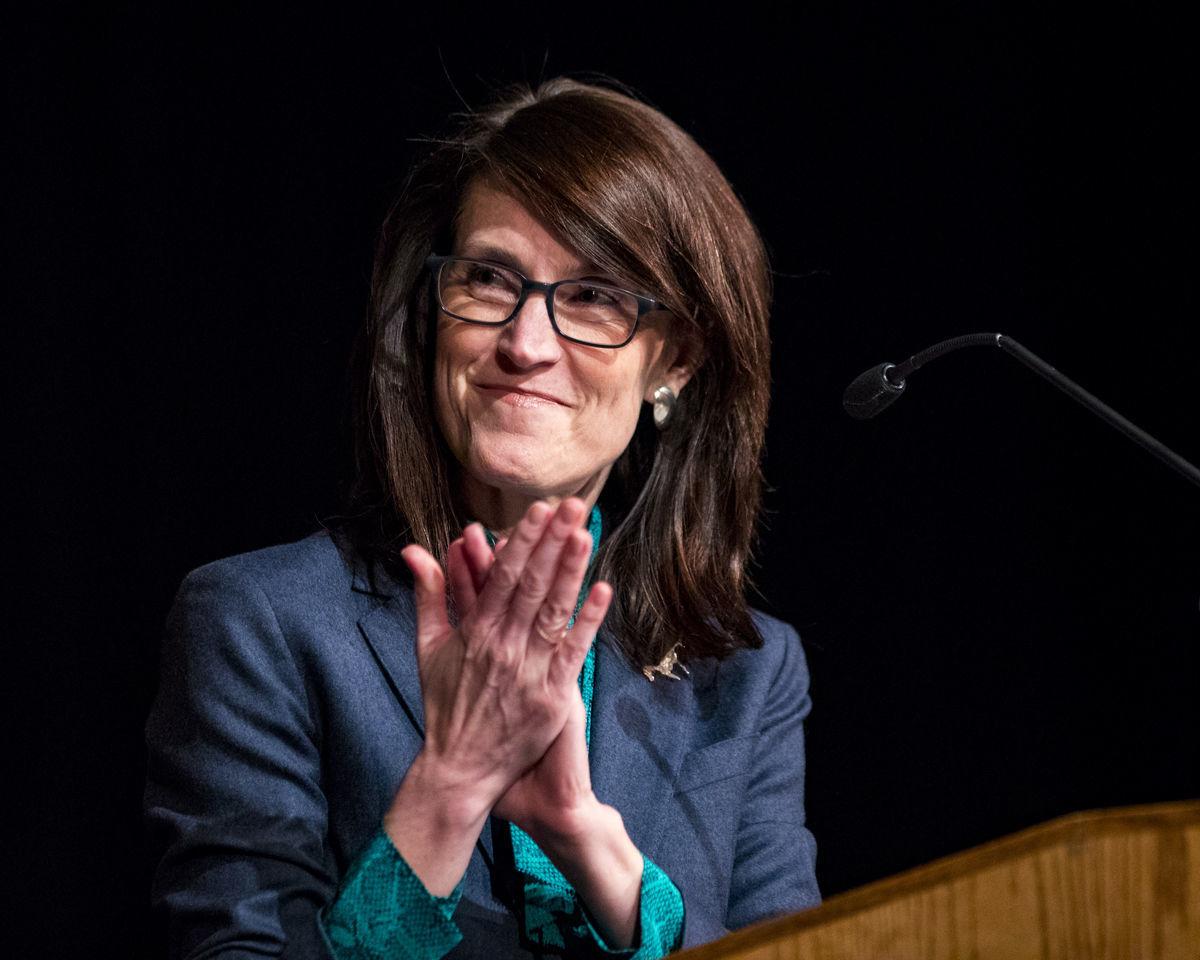