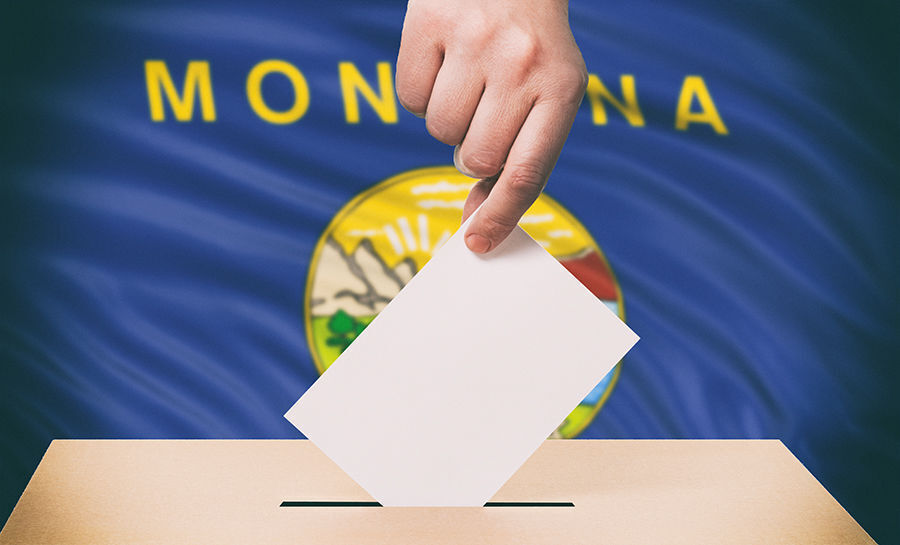 A law to sharply restrict the practice of collecting ballots won approval in the Montana House on a party-line vote Friday, while several other voting bills failed to advance as the transmittal deadline looms.

House Bill 406, sponsored by Rep. Mark Noland, R-Bigfork, proposes several tweaks to the Ballot Interference Protection Act. The law was passed overwhelmingly by voters in a 2018 ballot referendum, but was ruled unconstitutional by a pair of state district judges last year.

Noland’s bill would remove a six-ballot limit on the practice, while tightening other restrictions and creating a statewide registry of anyone allowed to turn in another person’s ballot, including members of the same family or household.

“We have the privilege to vote and the responsibility to vote, and in doing so making sure that our ballots get collected appropriately,” Noland said. “We are not trying to harm anyone, we are not trying to shorten anybody having the ability to get their vote turned in.”

The House passed the measure on a party-line vote, 67-33.

The House meanwhile sank a pair of Democrat-sponsored election bills, including House Bill 441, which would have allowed students under the age of 18 to serve as election judges. The sponsor, Rep. Kelly Kortum, D-Bozeman, framed the legislation as a means to relieve election offices that have struggled to attract enough volunteers to adequately staff polling places. It failed to pass 39-61.

And House Bill 405, to tighten business disclosure requirements for candidates, failed to pass 37-63.

Earlier on Friday, the House State Administration Committee tabled a pair of bills that proposed eliminating the Commissioner of Political Practices and the state’s campaign contribution limits. Both were sponsored by Rep. Derek Skees, R-Kalispell.

Rep. Geraldine Custer, R-Forsyth, called House Bill 535, to eliminate the COPP, a “retaliatory measure” and noted that it would have the effect of putting partisan elected officials in charge of investigating election and campaign finance complaints.

And Skees’ other bill, House Bill 571, was unanimously voted down, although a couple of Republicans on the committee suggested a more surgical approach to revisiting Montana’s stringent limits on campaign contributions.

“It would probably be a good idea at some point to take a look at raising those limits up, but getting rid of them is in my opinion a bad idea,” another Kalispell Republican, Rep. Brian Putnam, said.

The Senate State Administration Committee on Friday voted to approve a measure that will allow Montanan candidates to operate joint fundraising committees to fund their campaigns. It passed on a party-line vote, 5-3.

Two Republicans on the committee joined all three Democrats to vote down a proposal to move Montana to closed primaries. Senate Bill 299 would have required that anyone voting in a Democratic or Republican primary to first register as a member of the party.

Sen. Bryce Bennett, D-Missoula, said he’s had multiple conversations with voters who said they wouldn’t vote in the primary if they had to register.

“I think there’s a lot of people in Montana that identify as independents,” Bennett said.