Gov. Greg Gianforte on Friday requested President Joe Biden declare a major disaster for the state as a result of the Richard Spring fire.

The Richard Spring fire burned from Aug. 8 to Aug. 21 and charred more than 170,000 acres. The fire resulted in damage and losses to power lines, utilities, pastureland, tribal fencing and public and private property in Rosebud County and on the Northern Cheyenne reservation.

The state received a Fire Management Assistance Grant on Aug. 10, "but even with increased fire-fighting resources it was not enough to stop the widespread damage to public resources," the letter states. 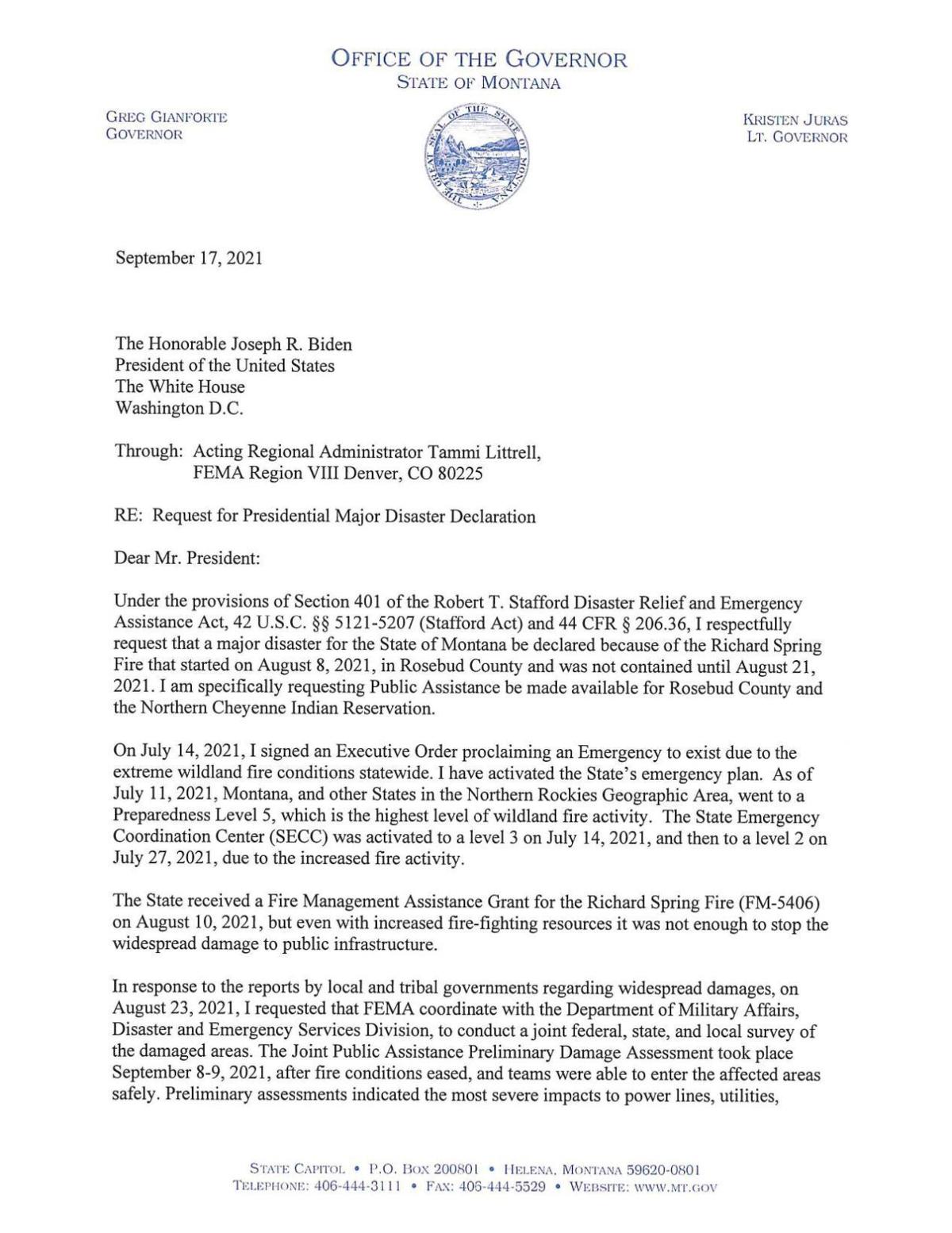 "Due to the number and magnitude of emergencies and disasters in the last four years including flooding, severe storms, drought and severe wildfires, the costs of responding to this wildland fire exceeds the capacity of the State of Montana," the request states.

Since July 1, firefighting activity has cost the state $54.3 million. That compares to $24.5 million last fiscal year, which ended in June. The 10-year average is $23 million, The Gazette reported.

“These officials have no medical training or experience, yet they were insisting our providers give treatments for COVID-19 that are not authorized, clinically approved, or within the guidelines established by the FDA and the CDC," a hospital spokesperson said.

“We are the hottest spot and Yellowstone County is leading with the number of cases in the state,” said Public Health Officer John Felton at a Tuesday County Commissioner meeting.

3 Montana school districts go virtual or close due to COVID

No public school classes will be held statewide on Thursday and Friday due to the annual educator conferences.

Old Person, 92, died Wednesday after a battle with cancer.

Bradley D. Nagel, 53, faces one felony deliberate homicide charge, which carries a possible life sentence. He is also charged with a third DUI offense, a misdemeanor.

Science has clear evidence but a muddled message about how to treat forests and protect homes from wildfire, local researchers said in response to national controversy over fire management. 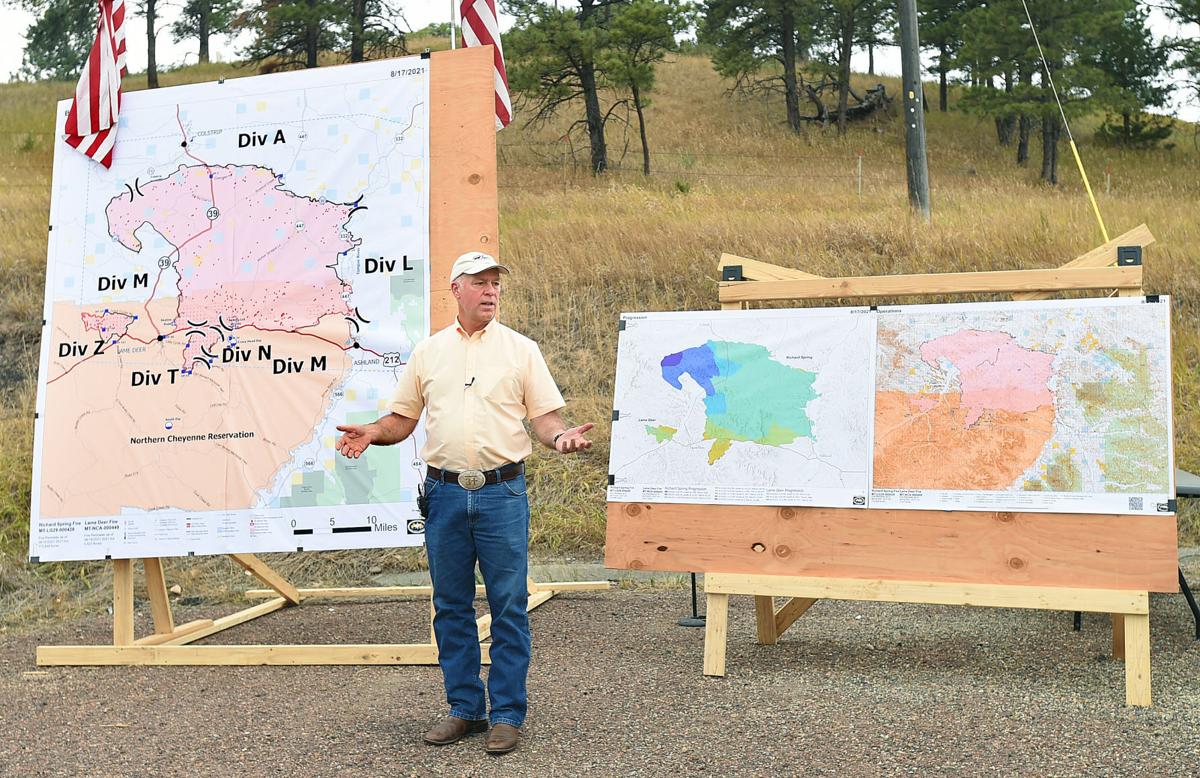 Montana Gov. Greg Gianforte thanks fire officials during a briefing at the Richard Spring Fire incident command center in Colstrip in August. 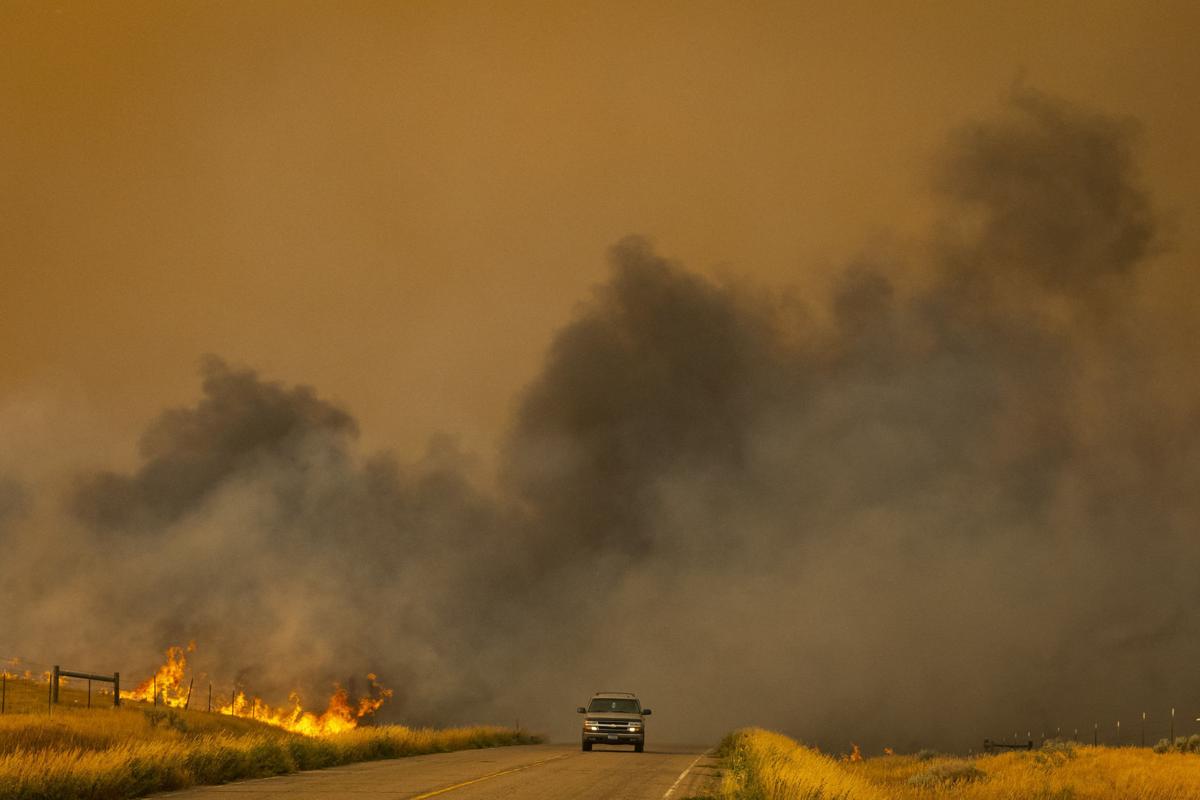 A truck drives down Tongue Creek Road as brush burns along both sides as the Richard Spring fire approaches Ashland on Tuesday, Aug. 11.