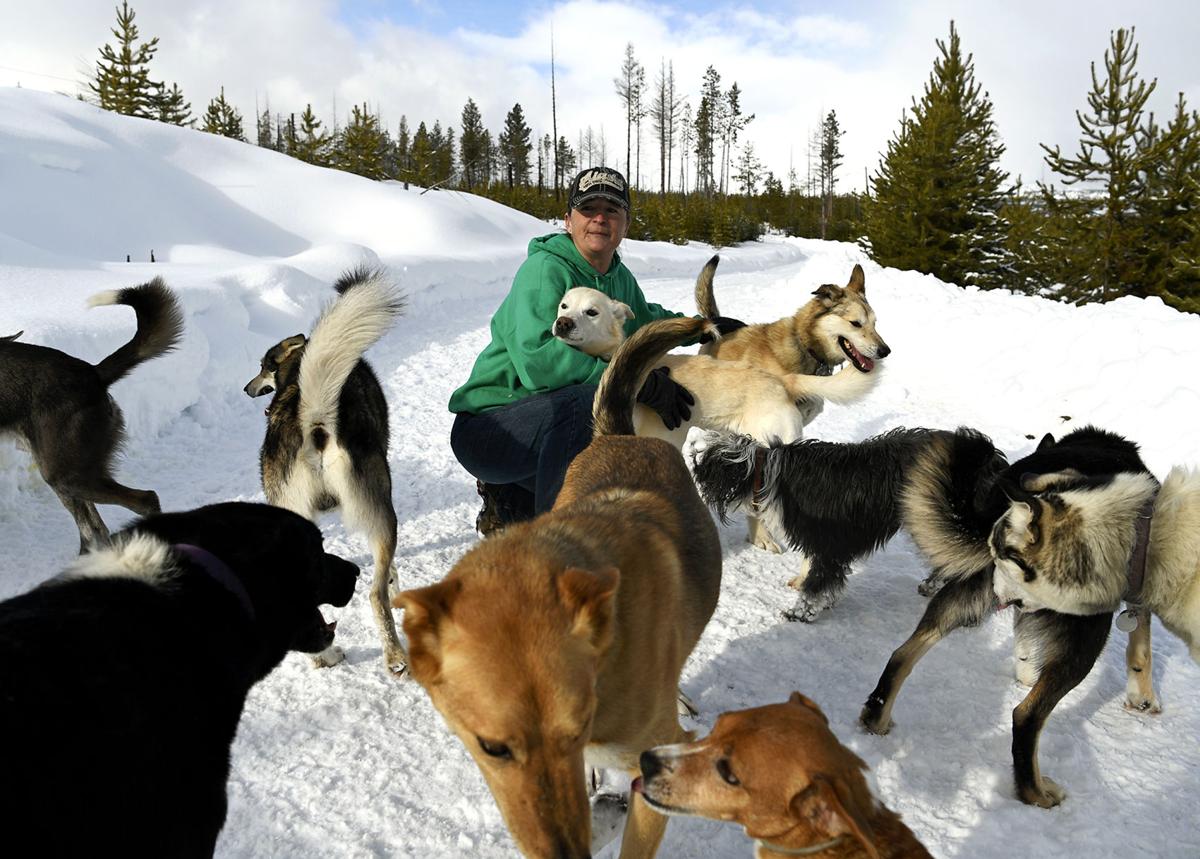 Jessie Royer lets some of her sled dogs run loose at her home near Placid Lake in the days before the Race to the Sky. Royer has an hours lead as she closes in on the finish line in Lincoln later Monday. 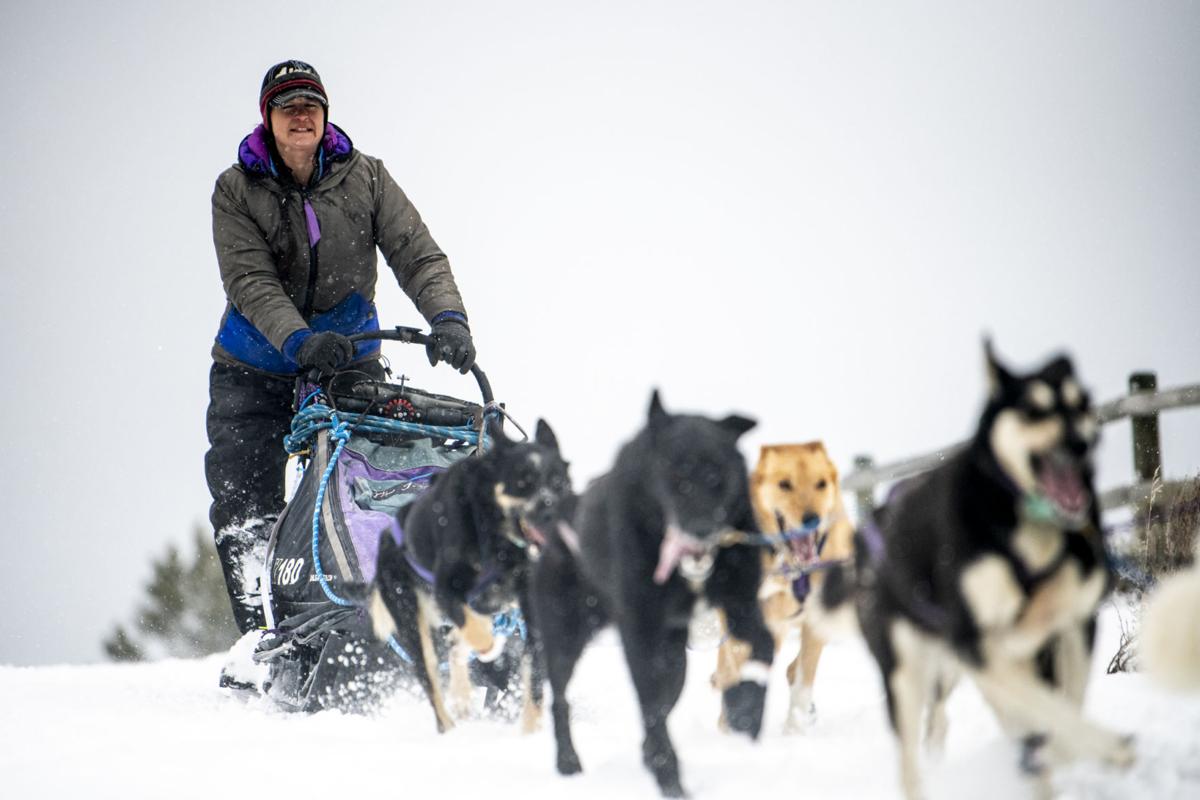 Seeley Lake musher Jessie Royer races out of Lincoln Saturday in the 35th annual Race to the Sky. Royer has placed first five times in the Race to the Sky as well as third place in last year's Iditarod.

Jessie Royer of Seeley Lake won the 300-mile Montana Race to the Sky Monday night, building on her legacy as the musher with the most wins in the annual sled dog race.

At 9 p.m., four of the other five mushers remaining in the race were all still resting at Whitetail Ranch for their mandatory six-hour rest. First among them to arrive was Gabe Dunham of Darby, followed by Clayton Perry of Choteau, Cindy Gallea and Damon Ramaker of Minnesota. Kevin Mathis of Monona, Iowa, was still almost 10 miles out.

Royer started her winning career in the Race to the Sky in 1994 at age 17 and continued with wins in 2015, 2016 and 2018. She still holds the record for youngest champion from her 1994 win. Seven of the last eight champions were also women.

"She has a level of understanding of the dogs people would only have a hope to have," Pam Beckstrom, race secretary, said about Royer's skills.

Royer is set to compete in her 18th Iditarod, which kicks off March 7 from Anchorage, Alaska. She placed third last year, bringing her career total Iditarod winnings to over $430,000.

Three first-time Race to the Sky teams withdrew from the race Sunday: Jesse Flory of Hesperus, Colorado; Patrick Roy of Paradise; and Jed Stephenson of Sandpoint, Idaho. According to Beckstrom, some dogs on the teams were less experienced and tired quicker than expected.

"They all did great though and they all had a great attitude," Beckstrom said. "They usually end up going home, talk to other mushers, get encouraged and come back the next year."

"Every single 100-mile musher had a big smile on their face when they crossed the finish line," Beckstrom said.

Roy Etnire of Seeley received the Jack Beckstrom Sportsmanship Award for his work on the trail and sacrificing running time to help the Race to the Sky. Etnire, a two-time winner of the 100-mile race, finished seventh Sunday.

Charmayne Morrison, a 19-year-old Montana State University student from Polson, received the Rocky Mountain Triple Crown award. She competed in and finished the Eagle Cap Extreme 100 in Oregon in January and the Idaho Sled Dog Challenge in McCall, Idaho, two weekends ago before taking third place in Race to the Sky 100.

The Rocky Mountain Triple Crown is an effort by the three races to conform the rules of each race so people know what to expect going into them. The group is also planning a dog-mushing symposium in Missoula in September.

According to Beckstrom the last symposium they held was 18 years ago in Helena and it drew about 150 mushers from around the country.

Montana's PSC commissioners are spying on each other, investigation shows

A 20-year-old Butte man has been charged with allegedly raping a 13-year-old girl in Butte last fall.

A Billings woman was injured and a Wyoming man died after their car crashed into a semi near Greybull on Friday.

Jessie Royer lets some of her sled dogs run loose at her home near Placid Lake in the days before the Race to the Sky. Royer has an hours lead as she closes in on the finish line in Lincoln later Monday.

Seeley Lake musher Jessie Royer races out of Lincoln Saturday in the 35th annual Race to the Sky. Royer has placed first five times in the Race to the Sky as well as third place in last year's Iditarod.