Become a Member
Read Today's E-edition
Share This
A bear, a bicycle and the challenges associated with backcountry recreation
0 Comments
Share this 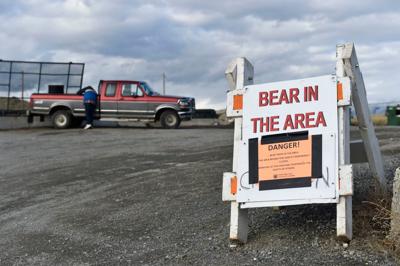 This story contains an excerpt from “The Grizzly in the Driveway: The Return of Bears to a Crowded American West” by Robert Chaney, author and long-time reporter for the Missoulian.

Listen to this story: Bear on the Bicycle, read by Robert Chaney

Brad Treat’s penultimate words were his cousin’s only warning. The two men were on a mountain bike ride on the Green Gate Trail, just across Highway 2 from Coram, sandwiched between Glacier National Park and the Bob Marshall Wilderness Complex. Treat led, pedaling with competitive effort, about sixty feet ahead. He whizzed around a blind corner. Then came a thud, followed by an animal’s roar of pain or surprise.

Two seconds later, the cousin came around the same corner and saw a large grizzly bear standing over Treat’s body. Treat called his cousin’s name twice—his final words (which weren’t included in the coroner’s report, leaving the cousin unidentified). The second man stopped his bike about thirty feet away from the crash, uncertain what to do. He described the bear as brownish-black, very big, with bristled-up fur. The bear focused on Treat’s body, never looking at the companion. After about thirty seconds, the cousin decided he had no chance of pushing the bear off the scene, so he turned around and rode for help. When he could hear the highway, he dismounted and carried his bike through the brush to flag down a passing car. It took roughly an hour for him to reach a phone and call 9-1-1. It was June 29, 2016.

The Interagency Grizzly Bear Committee Board of Review analyzed the impact scene in clinical detail. Treat’s demise took just sweeps of a second hand. The investigators estimated he was pedaling about twenty-five miles per hour when he saw the grizzly. The tire tracks on the trail showed no signs of braking. Treat plowed into the bear so hard, he made a horizontal bruise on his chest where he hit the handlebars. His biking shoes were clipped into the pedals, so his momentum flipped both him and his bike over the bear’s body. Treat flew into the ground hard enough to break both wrists and shatter his right shoulder blade.

The grizzly responded with its paws and claws, mauling Treat’s head and shoulders and shattering his bike helmet. It also bit him, but the postmortem reported only “mouthing bites or test bites to see if the victim was still a threat.” The bear didn’t do anything else to Treat’s body—didn’t move it, didn’t cover it, didn’t do any of the things bears do with food they plan on caching to eat later. The bear vanished.

Montana state game wardens set two culvert traps and a network of remote cameras to learn if the grizzly remained in the area. Over the next forty-eight hours, they got nothing. Except for one neighbor’s report of seeing a large black grizzly near her driveway a mile and a half away from the incident, the suspect was never seen again.

Which stands to reason, given what we know about that bear. Thanks to recent genetic analysis breakthroughs, that’s a surprisingly large amount.

The crash left twelve samples of bear DNA on Treat’s bike and body, mainly hair and saliva. Forensic analysis revealed the matching grizzly had been trapped in Glacier National Park’s Camas Creek drainage in 2006. Because it was a male and the biologists were looking for females, they did not collar it but only recorded its biometrics and let it go. At the time, it was estimated to be eight to ten years old and weighed three hundred and seventy pounds.

Its DNA signature showed up in hair traces found in grizzly census efforts five more times around the Coram vicinity over the years. But the bear itself stayed out of the log books. It didn’t threaten livestock. It didn’t cruise garbage dumps. It didn’t challenge hunters for kills.

It did get spotted occasionally, including a probable encounter just half an hour before it killed Treat. A Swan River Outfitters guide was leading a string of dudes on horseback about eight hundred yards away from the crash site when they saw a large brownish-black grizzly bear ahead of them. The grizzly charged to within six feet of the group before veering off, making noises and snapping its teeth.

Between 1998 and 2011, DNA hair snares revealed at least six male and three female grizzly bears using an area within a three-mile radius of the crash site. Radio-collar records showed another five males and five females traveling the same area. Grizzly bears like this one live eighteen or twenty years only by strict adherence to ursine self-discipline and by good fortune. The sheer number of temptations and threats—bird feeders, freight trains, picnic baskets, five-lane freeways, hunting camps, and research labs—packed into the southwest corner of Glacier National Park give a bear little chance of avoiding some kind of human interaction.

Chris Servheen had barely retired from his career-long post as grizzly recovery coordinator for the US Fish and Wildlife Service when he got asked to lead the board of review into Treat’s death. It was Servheen’s eighth such postmortem since he took the job of coordinator in 1981. He released his report on March 3, 2017.

“With something like mountain biking, the high speed and quiet nature of riding increases the probability of encounters with bears when you’re coming around blind curves,” Servheen told me. In the case of Treat’s collision, he said, “here’s a bear that’s 20 years old, who’s lived in a high-density human area his entire life. He’s pretty skilled at staying away from trouble. We think he was just as surprised as Mr. Treat was. The two of them probably had only one or two seconds before they encountered one another.”

After the initial forty-eight-hour search and trap deployment, state game wardens stopped trying to catch the suspect grizzly. They concluded the bear didn’t threaten human safety, despite having just killed a human.

US Fish and Wildlife Service biologist Wayne Kasworm had just replaced Servheen as interim leader of the grizzly recovery effort. Treat’s death crystallized one of his top tasks: Getting people to agree on how much safety they all must give up to coexist with bears.

“They’re wild animals, and we are not controlling them,” Kasworm said. “What we attempt to do is provide information so people can make reasoned judgments about what is safe activity or not safe activity. We’re trying to get some conversation going, to get people thinking about what is going on out there in the woods.”

To deal with objective dangers in the outdoors, people already self-limit their recreation in many ways. Boaters avoid rivers during spring runoff, or accept the consequences of lost gear, wrecked boats, and possible death. Golfers voluntarily leave the links when a thunderstorm brings lightning over their metal clubs and spiked shoes. Snowmobilers and backcountry skiers check avalanche forecasts and weigh the risks of the day’s adventure.

“We’re trying to get folks to recognize and take on responsibility for their own safety when they walk into known grizzly bear habitat, when grizzly bear habitat is taking over more and more of Montana,” Kasworm told me. “When a bear results in a human safety issue, or it’s killing livestock repeatedly, we remove the bear. But if you’re tooling around on your mountain bike and you bump into the bear and you’re scared, that’s not necessarily a reason to remove the bear.”

Is it a reason to remove the bikes? And what about everything else humans like to do in bear country? Whose interests rule?

Three years to the day after Treat’s death, Flathead National Forest Supervisor Chip Weber declared his disagreement with Servheen’s report. New controversy had arisen over a commercial ultramarathon and a backcountry bike shuttle service in the national forest land around Whitefish, Montana, about twenty miles from Coram.

“I want to start by strongly repudiating the notion that as an agency, we ought not promote, foster or permit activities because engagement in those activities presents risk to the participants,” Weber told the Interagency Grizzly Bear Committee’s summer 2019 gathering in Missoula. “The issues around this are much broader than trail use, and grizzly bears and both people and wildlife may suffer if the discussion isn’t expanded.”

As to Board of Review report, Weber told me he had great personal respect for Servheen but “his (Servheen’s) focus is grizzly bear recovery and solely grizzly bear recovery. Mine is serving the American public and the needs they want in the context of many wildlife species and an overall conservation mission that’s very, very broad.”

Individual sporting events like the Whitefish ultramarathon have such minimal impact on grizzly bears, Weber said, they fall under a categorical exclusion from in-depth environmental review. At the same time, those events endear increasing numbers of people to their public lands as the number of users grows year after year.

“There’s a broad public out there with needs to be served and not just the needs of the few,” Weber said. “We think that greater good for the greatest number will be served. That fosters connectivity with wildlands and a united group of people that can support conservation. And the best conservation for bears is served by figuring out how to have these human activities in ways that are as safe as they can be, understanding you can never make anything perfectly safe.” 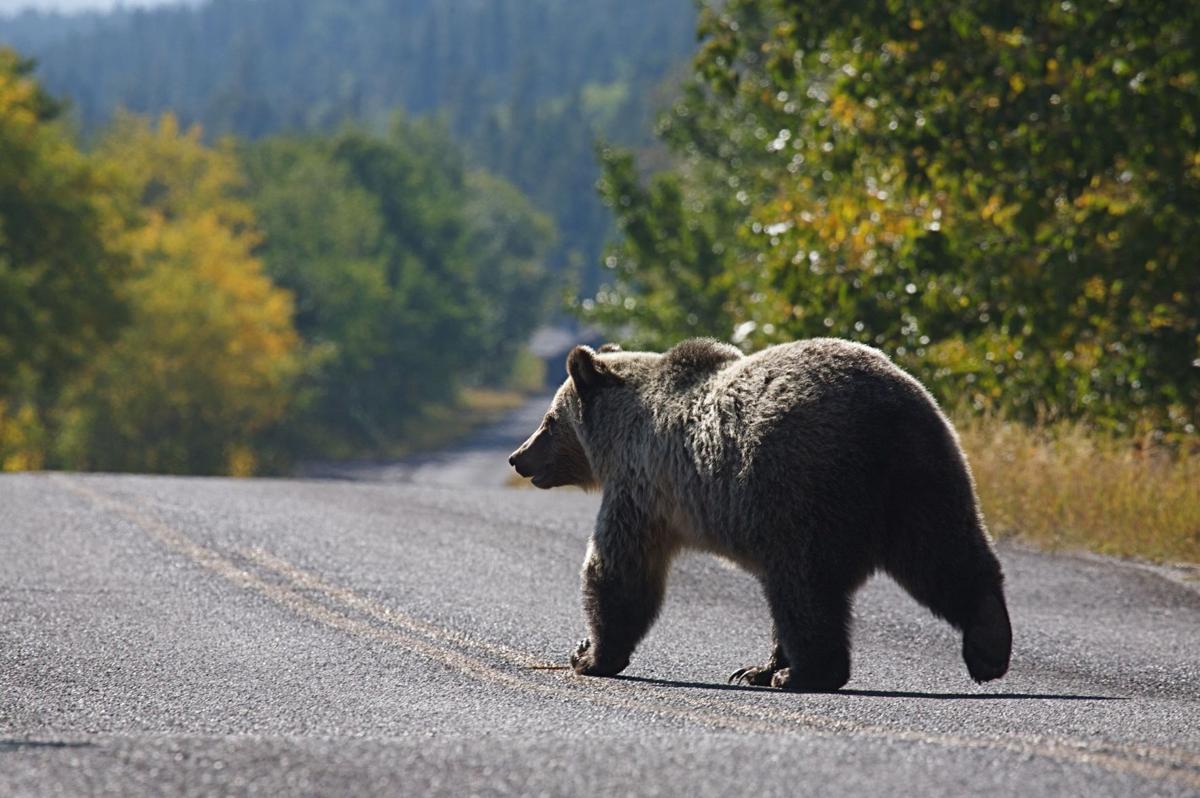 A grizzly bear wanders down a road near Yellowstone National Park. (Photo provided by Montana Fish, Wildlife and Parks) 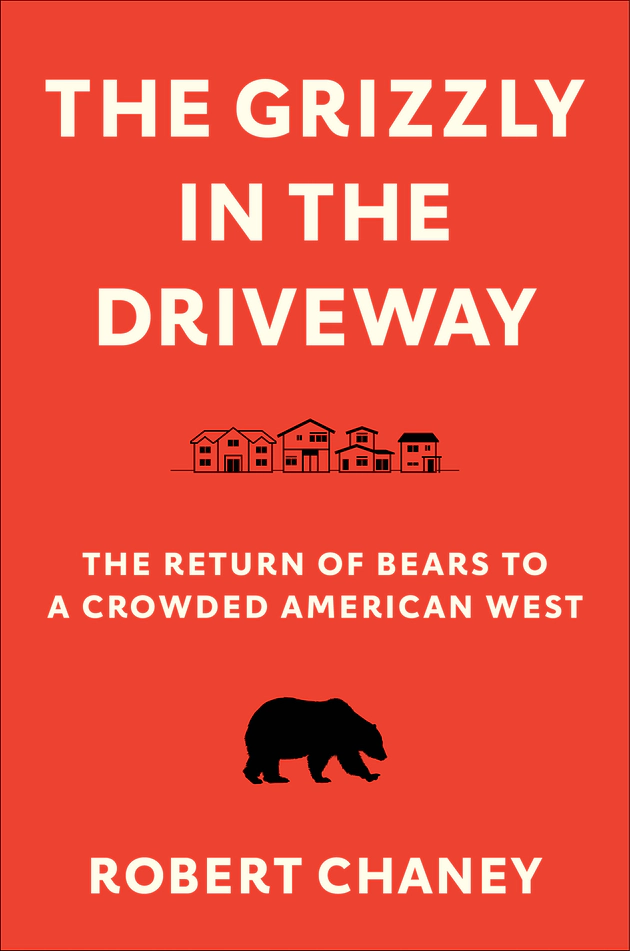 “The Grizzly in the Driveway: The Return of Bears to a Crowded American West” by Robert Chaney 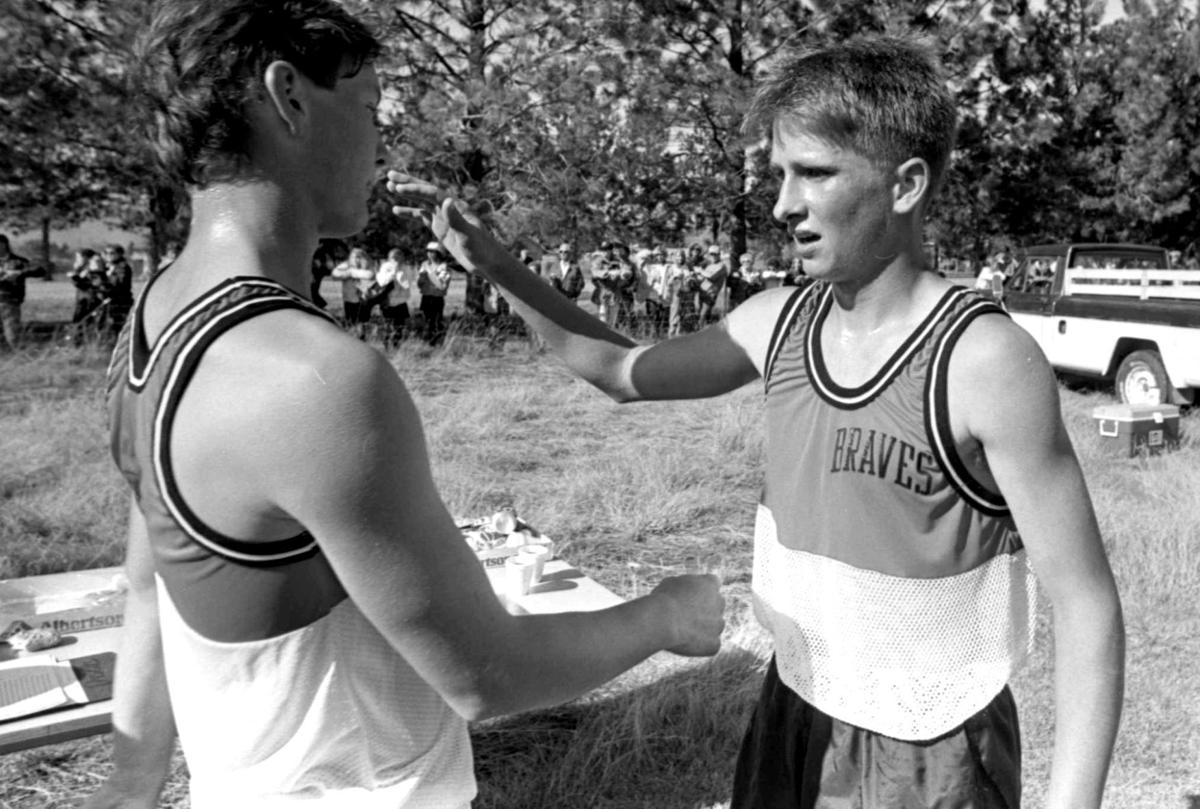 Brad Treat, right, who was killed by a grizzly bear while mountain biking outside Glacier National Park in 2016, is shown here in 1993 after winning the Missoula Invitational cross country meet.