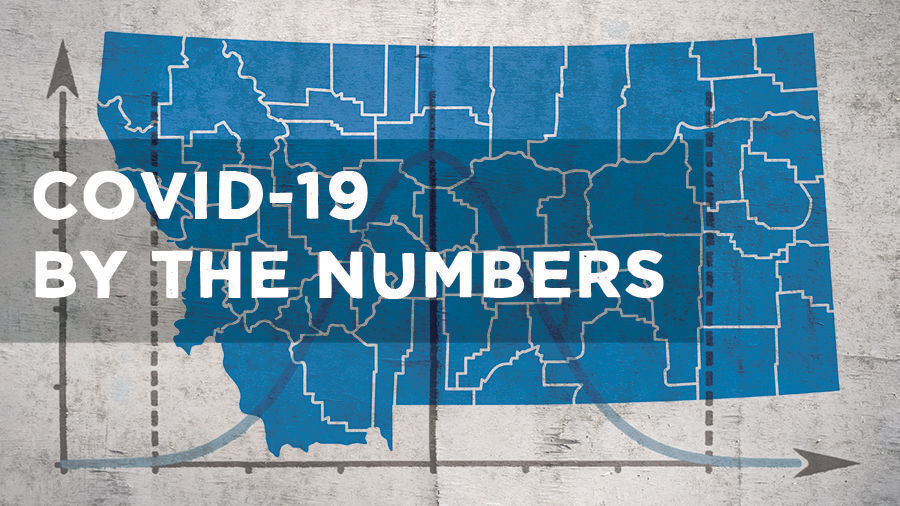 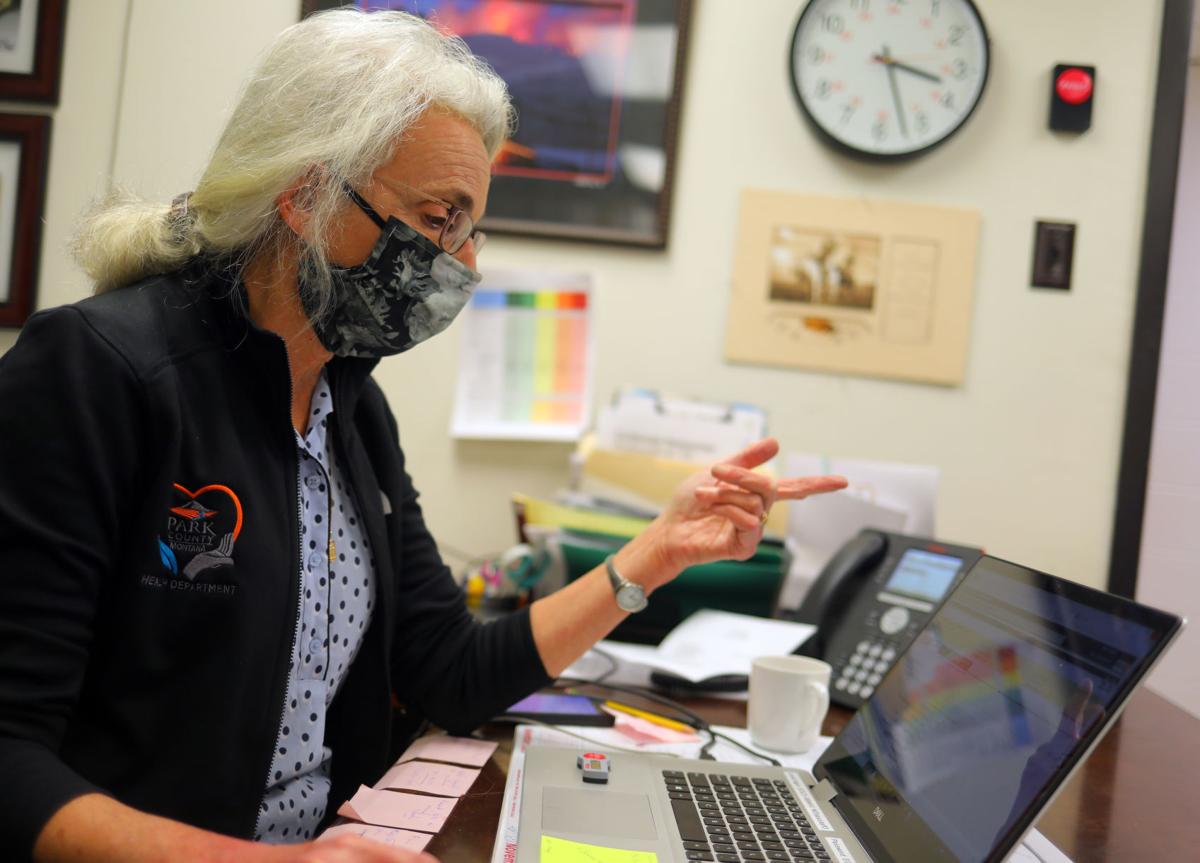 Laurel Desnick, Park County’s Health Officer, looks over a list of hundreds of COVID-19-positive Park County Residents Tuesday at her office in Livingston. Desnick said managing the list takes up a lot of time, so some residents are still listed in the state database as an “active case” even after they no longer qualify for that designation.

Montana ended the week with 1,280 new cases of COVID-19 Saturday, and 33 more of its residents have died due to the respiratory virus, according to the state’s tracking and mapping website.

The number of active cases in the state dropped to 15,241 in the past day, but the additional deaths bring the state’s total to 600. The site relies on information provided by the Montana Department of Health and Human Services.

Since the start of November, 224 Montana residents have died because of the virus. Of Montana’s 56 counties, only seven have yet to record a COVID-19 death, according to the state’s website. To date, 54,542 residents have contracted the virus, 2,336 of whom have ended up in the hospital.

During the past week, the United States surpassed 250,000 deaths due to COVID-19, according to data reported by Johns Hopkins University. More Americans have died from the virus than twice the number of U.S. service members killed in every conflict since the Korean War. Nearly 12 million people have tested positive for the virus since it first reached the United States, with more than 1 million new cases in the past seven days.

The White House Coronavirus Task Force ranked North Dakota, South Dakota and Montana as having the highest death rates in the nation per 100,000 in its latest report to governors.

The most recent restrictions from Gov. Steve Bullock’s office went into effect Friday, limiting bars, restaurants, casinos, breweries and distilleries throughout the state to 50% capacity. The new restrictions come as Montana has averaged about 1,260 new cases a day for the past week and reported record-level active cases during that time.

Yellowstone County, where County Health Officer John Felton enacted similar restrictions on all places of public assembly, leads the state in deaths and active cases. The county tallied 3,418 active cases, according to the state’s latest update, and 112 residents having died due to COVID-19.

In the latest snapshot of the status of Montana’s hospitals, both the Billings Clinic and St. Vincent Health Care reported being at 70% capacity or more. As of Friday, St. Vincent Health Care reported every one of its beds filled with patients being treated for COVID-19 and otherwise. Yellowstone County serves as the medical hub for a region that spans Southeastern Montana, Northern Wyoming and the Western Dakotas.

Six of Montana 10 large hospitals reported having limited availability for patients, or reaching their total capacity. As of Saturday, 474 people were hospitalized for COVID-19 treatment.

A total of 38,701 Montana residents have recovered from the virus, meeting the standards set by the Centers for Disease Control and Prevention for an individual to safely leave isolation after testing positive. The Billings Gazette has previously reported that about 10% of those infected with COVID-19 can continue to experience symptoms weeks and even months after contracting the virus.

The state's mapping and tracking website can often fall behind on reporting the latest data from individual counties. For the most accurate information on active cases and health restrictions, the DPHHS has a list of local health departments.

Counties added the following number of cases in Saturday’s update:

Montana added another 148 new cases of COVID-19 in a Friday update to the state's case mapping website.

Montana has reached more than 60,000 positive cases of COVID-19 since the start of the pandemic, with 669 residents now dead.

Montana added 1,045 new cases of COVID-19 Thursday, bringing its total since the start of the pandemic to nearly 60,000.

Montana reported 974 new COVID-19 cases and 16 deaths in an update Tuesday morning to the state's case mapping and information website.

As COVID-19 continues to sweep through Montana, public health workers are struggling to keep up with the sheer volume of demand for contact tracing, which health officials say is one of the most basic tools they have for tracking and combating pandemics.

Montana reported 956 COVID-19 cases and two more deaths in an update Sunday to the state's case mapping and information website.

Montana reported 1,013 new COVID-19 cases and 22 deaths in an update Wednesday morning to the state's case mapping and information website.

The multi-state settlement comes as the result of an investigation into a 2014 data breach that exposed the payment card information of approximately 40 million Home Depot customers nationwide.

The state has drafted a three-phased plan to begin distributing vaccines out, first targeting health care workers and culminating in phase three, where every Montanan could choose to be vaccinated.

Laurel Desnick, Park County’s Health Officer, looks over a list of hundreds of COVID-19-positive Park County Residents Tuesday at her office in Livingston. Desnick said managing the list takes up a lot of time, so some residents are still listed in the state database as an “active case” even after they no longer qualify for that designation.