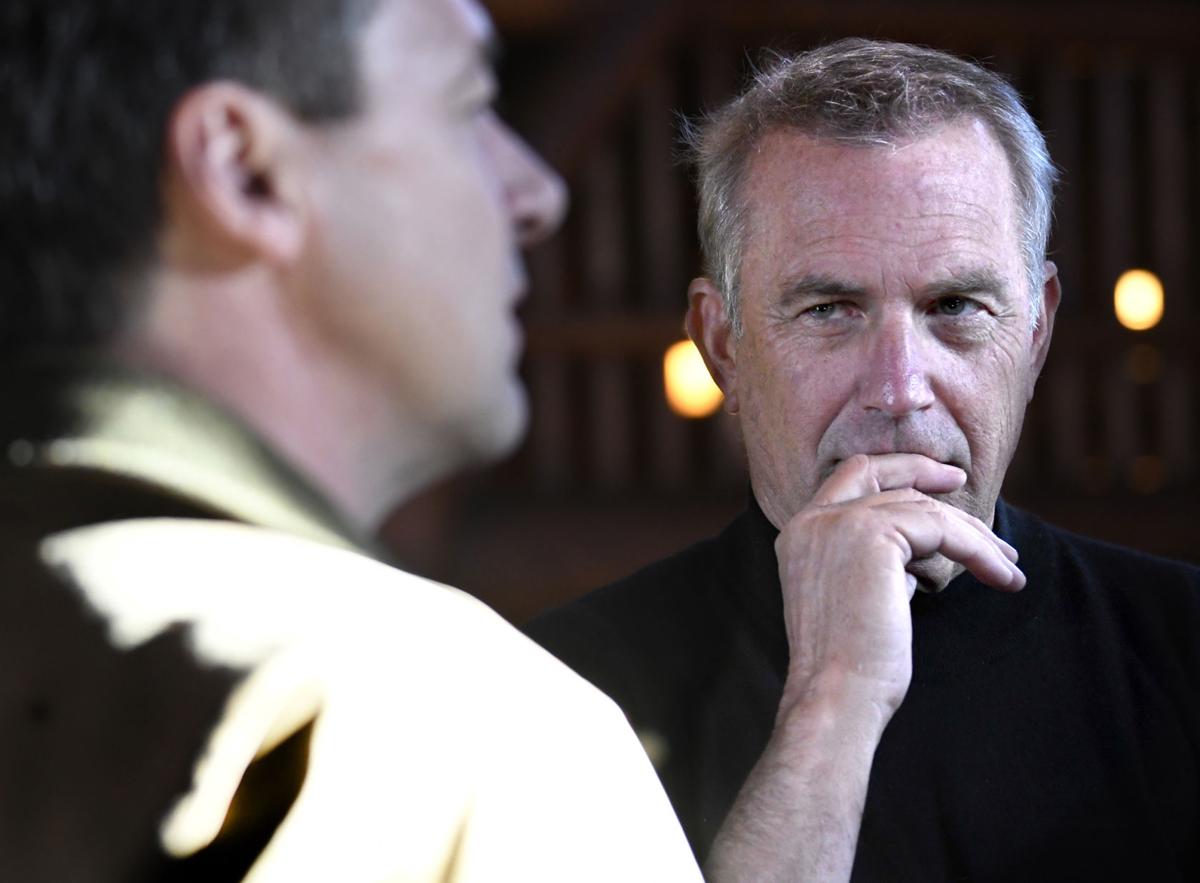 Actor Kevin Costner listened in the winter of 2017 while Montana Gov. Steve Bullock made a point during a conversation about the economics and politics of filming in Montana. Bullock was touring the set of "Yellowstone," a cable television series starring Costner, which was partly filmed at the Chief Joseph Ranch south of Darby in the Bitterroot Valley. 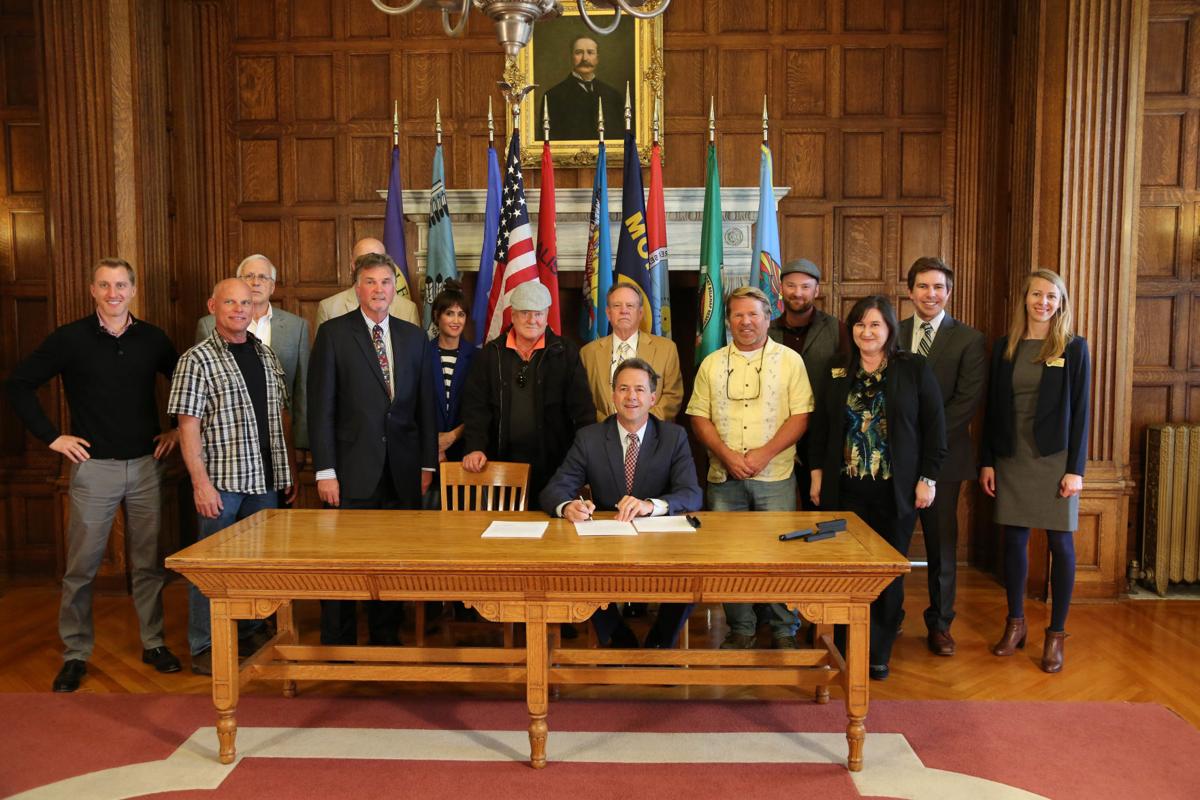 Actor Kevin Costner listened in the winter of 2017 while Montana Gov. Steve Bullock made a point during a conversation about the economics and politics of filming in Montana. Bullock was touring the set of "Yellowstone," a cable television series starring Costner, which was partly filmed at the Chief Joseph Ranch south of Darby in the Bitterroot Valley.

A group of film industry professionals in Montana and a bipartisan coalition of lawmakers have succeeded in an effort to create a competitive tax incentive to lure film and television productions here.

The Montana Economic Development Industry Advancement (MEDIA) Act, or House Bill 293, was carried by Sen. Sue Malek of Missoula, a Democrat, and Republican Rep. Wylie Galt of Martinsdale, and had the support of many lawmakers from both sides of the aisle.

The Montana Film Society also pushed the bill. Missoula-based filmmaker Lynn-Wood Fields was one of the lead advocates.

“The reason this had such bipartisan support is it’s really important for our economy,” she said. “Film and productions ripple the money out to the hotel industry, rental cars, food and taverns, etc. It also creates many good-paying blue-collar jobs from builders, drivers to caterers."

Fields and other industry insiders like Steve Grover of Montana Studios and line producer/production manager Chris Cronyn all believe lots of significant productions will begin shooting in Montana now. However, the process takes about a year to get rolling as studios scout locations.

“When choosing a location, the discussion often goes no further than ‘do they have a tax incentive’ and the discussion stops if the answer is no,” explained Cronyn, who worked on Hollywood hits like “Heat,” “Fatal Attraction” and “Bad Boys.”

He and Fields estimate that there are about 1,500 people directly involved in working in the film industry in Montana.

“Before the tax incentive bill passed, many of them would have had to move to LA to get a job,” Cronyn explained. “Those 1,500 people with some film experience probably aren’t making a living here. They make what they can when they can but it’s not necessarily a solid career.

"If this thing is successful, which I think it will be, a lot more of those people will become full-time industry workers here.”

The bill provides tax credits that companies can utilize. Essentially, they can get a 20% production expenditure transferable tax credit, with additional add-on incentives that can increase the credit to a maximum of 35% of the total production investment. The additional incentives include higher tax credits for Montana resident crews.

On Tuesday, Gov. Steve Bullock’s office said companies including Netflix and Disney are reconsidering filming in Georgia if a recently passed bill there restricting women's reproductive rights goes into effect. So, Bullock sent a letter asking those companies to consider filming in Montana. Malek, the state senator from Missoula, also said the Georgia law represents an opportunity for Montana to lure studios.

“Now, with the anger over Georgia's new abortion bill, Montana has an even greater chance of developing a major film industry,” she said.

Montana had a tax incentive for film production up until 2015.

“Production has since dropped way off,” Malek explained. She and Cronyn can cite all kinds of examples of films that are set to appear as if the actors are in Montana but the actual filming, and the money and jobs it creates, happened in places like Alberta, Canada, or Utah, places that have strong incentives.

Steve Grover is building a media campus and a headquarters for his movie studio, Montana Studios, in the Bitterroot Valley.

“Motion picture production companies are always looking for ways to limit the cost of the product they’re creating and in the last 20 years, tax incentives in various parts of the world have made that possible,” he said.

Cronyn said Montana needs and has the ability to develop a strong talent pool of workers qualified for the film industry, from electricians to key grips.

The University of Montana’s Media Arts program has been popular, as is the film program at Montana State University, and Fields said this effort could retain skilled graduates here in the state rather than losing them to California.

Both she and Cronyn recalled that when Kevin Costner was shooting "Yellowstone" in Darby, he said something to the effect of "we love Montana and love the people and want to come here and shoot, but the only thing you’re missing is the incentive."

"This will really help the film industry here.”

The incentive takes effect on July 1.