Sixty miles east of Missoula on Interstate 90, at milepost 166, a highway marker shows an exit for Gold Creek. In the absence of signs designating this as a significant spot in Montana's chronicles, motorists zip by at 80 mph without a thought of stopping.

A southerly glance shows the peaceful ranchlands of the Clark Fork River Valley gradually ascending upward toward the Flint Creek Range's peaks. And just a bit east of the road into this small community of about 200 people, the town's namesake, Gold Creek, gives up its waters to the Clark Fork River. But far more than pleasing scenery, there is the essence of place, which makes this location a perfect mix of time and space. What happened here in a more boisterous era is what defines it and belies its stillness today.

Numerous accounts abound about Montana's first gold strike. The most credible is that a trapper named Francois Finlay (also known as "Benetsee") found the first gold in 1852 in what became Benetsee Creek. After doing some gold panning, Finlay preferred to keep his find a secret. So, it wasn't until the spring of 1858 that the area saw any consequential prospecting. By early 1860, American Fork, the state's first gold camp and the forerunner of today's quiet hamlet, was established.

If location is an essential asset of real estate, then the camp was sitting in the right spot. On July 1, 1859 in Walla Walla, Washington, crews commenced work on the 624-mile-long Mullan Road.  Originally meant as a military passage across the Rocky Mountains, the road connected the Inland Empire of the Pacific Northwest with the head of steamboat navigation on the Missouri River at Fort Benton, Montana. In July 1860, the arduous endeavor reached American Fork, which was then guaranteed a steady delivery of customers, workers, and supplies. Within months of its completion in 1861, miners and travelers started using it.

The success of the Mullan Road affected Congress' decision to back the railroad construction of the 1880s. On September 8, 1883, with much fanfare and within sight of Gold Creek, the transcontinental Northern Pacific Railway's last spike was driven. In recounting the celebration, the Flathead Courier headlined: "One of Most Distinguished Crowds Ever Assembled in the West Was in Attendance at the Driving of the Golden Spike at Gold Creek Station; President U.S. Grant Was Member of Party; Everyone Was Lavishly Entertained."

Granville Stuart, often referred to as the “Father of Montana,” is perhaps the most important name to be associated with Gold Creek today.

Stuart and his brother James had been prospecting in the California gold fields. In the spring of 1857, they made the decision to head back to Iowa to visit their parents. Hearing from some men who said they’d had good prospects at Benetsee Creek, the two brothers and their friend Reese Anderson headed north. According to Stuart, “we had an inclination to see a little mountain life, we concluded to go out to that region, and winter and look around a little… and in the spring of 1858, we went over to Deer Lodge to prospected on Benetsee creek…”

They spent the winter of 1857-1858 in Montana’s Beaverhead and Big Hole valleys. As the spring thaw arrived, they traveled north to the Flint Creek Valley where they made camp about 3 miles south of today’s Philipsburg, roughly where Hall is now.

On May 2, they packed up their tools – an old square spade with a broken handle and a bread pan – and started for the creek. After about ten miles, searching for evidence of prospecting and finding none, they moved on. Near the bank of the creek, at the foot of the mountains they sank a five-foot deep hole and found ten cents in fine gold to the pan of sand and gravel, which convinced them there were rich gold deposits in this area. That hole, stated Stuart, was “the first prospecting hole done in Montana and was the account of the first real discovery of gold within the state.”

Alas, as they lacked provisions and were extremely unprepared for the demanding task of mining, the trio packed up and headed to Fort Bridger, a post on the Oregon Trail in southwest Wyoming. It wasn’t until the fall of 1860 that the three returned better prepared to find fortune. On May 8, they set the first string of sluices ever used in Montana and began to mine by the old pick and shovel process along today’s Gold Creek – then still called Benetsee Creek.

Historical records are a bit fuzzy as to when the stream’s name changed to Gold Creek. Sometime in 1862, locals changed the community’s name to Gold Creek, so it is assumed by then the name of the waterway was being called Gold Creek.

When Stuart returned from Wyoming, he built a cabin near where the creek and the Clark Fork meet. Eventually, word got out and other miners made their way to the drainage. He christened the new settlement American Fork and as it grew, Granville and his brother established a trading post, blacksmith shop, and a wagon and firearms repair business – presumably all in one building. Others established a hotel, and from viewing old maps, it appears the structure was on the Mullan Road. Eventually, the lodging became a welcome respite from a tough journey to people going to or coming from the steamboat landing at Fort Benton and points along the way.

Henry Plummer, who would eventually become the infamous outlaw sheriff of Bannack, stayed with the Stuarts at American Fork while Reece Anderson went to work on fixing Plummer’s double-barreled shotgun, “which had been broken off at the grip, coming through the timber from Elk City.”  Or at least that was his story. Plummer had been in prison in Elk City.

On May 14, 1862, things started getting busy, a party of prospectors came to town and found diggings that paid 20 cents per pan. May 20 saw another party of gold-seekers arrive. They searched a branch of Gold Creek which they named Pikes Peak Creek.

Although it did experience some short-lived prosperity, American Fork never became a boomtown. It remained a small outpost with the population never totaling more than 50 people. It wasn’t long before two events drew miners away. Montana’s first major gold discovery on Grasshopper Creek was reported on July 28, 1862 and by autumn the town of Bannack sprung into existence. The next spring, the state’s largest strikes turned up about 50 crow-flying miles east in Virginia City.

By 1862, Granville Stuart had become an on-and-off resident of the town he created. That November, he left for Bannack, where he opened a butcher shop. Apparently by April 1863, he sold everything there and returned to what was now being called Gold Creek. The name formally changed while he was away.

As the summer of 1863 was ending, he again left Gold Creek to open a variety of businesses in Virginia City.  Except for a visit in later years, he never returned.

Although the town of Gold Creek was fading into history, new mining activity picked up above the original camp and folks settled just west of the town site.

Pioneer, four or so miles south of the first camp, was organized in 1866. It had its best years in the 1870s claiming several hotels, a blacksmith, shops, and general stores.  At the height of the mining there were 500 people, four breweries, and six saloons.

Chinese laborers came in the 1880s and worked the tailings. Later, the creek was dredged and today there are parts of dredges around the tailing piles as well as ruins of some of the buildings.

Presently, Gold Creek is a quiet ranching community with descendants of some of the original settlers still in residence. As a sign on the building proudly exclaims, its post office was built in 1866. The old brick Milwaukee Railroad building – the tracks long gone – is now in use by a local contractor. The Milwaukee’s rails, just a short distance south of the current BNSF tracks, were used until 1980 when the company ceased operations. Today their former right-of-way is now a road.

Several old barns and the schoolhouse consisting of two homestead schools joined together are still in use.  St. Mary’s Mission Catholic Church, built in 1910, is another landmark and is occasionally used for weddings and community and family gatherings. And trains of Burlington-Northern Santa Fe Railway that had been the Northern Pacific, still whistle by.

A source of pride for Gold Creek, Camp Mak-A-Dream, sits on a hillside overlooking the community. Laughter rings out over the valley when the camp is in session. The free, medically supervised experience for children, teens, young adults, women, and families affected by cancer builds self-confidence, teaches new skills, and fosters close friendships. Swimming, hiking, archery, and a rope course are just a sample of the activities, but the chance to spend a week camping with others who "are just like me" is life-changing.

Above town, on private property, is a monument with these words, “Here the first gold panned out of the gravels of eastern Idaho (now Montana) May 2, 1858, by Granville Stuart and his party.  Erected by Mary E. Morony, May 2nd, 1916.”  And nearby is what is left of the tree that was utilized on August 22, 1862, for Montana’s first hanging; the victim was a horse rustler.

Ruth Little, a long time Darby, Montana teacher, lives on a Gold Creek area ranch near where the mining camp of Pioneer was. Above all, Ruth is a storyteller with a love of history. She has written a book about her life in the Big Hole - “My Heart Belongs in The Big Hole Valley” and worked with the Big Hole Valley Historical Society writing, “History of the Big Hole Valley- Montana Pioneers of the Old West-1806-1930”. They are now working on Volume 2.

Montana reported 175 more cases of COVID-19 on Saturday, and two more of its residents have died due to the virus.

Montana reported another 42 COVID-19 cases and no new COVID-19 deaths in an update Sunday to the state case mapping and information website.

Montana reported 198 new COVID-19 cases Tuesday, and two more of its residents have died due to the virus.

Montana added 194 new cases of COVID-19 on Wednesday, while more than 258,000 residents are considered fully immunized from the virus.

Billings woman killed in fatal wreck on I-90

A Billings woman died in a fatal crash on Interstate 90 near South 27th Street on Friday.

Landers, 69, was part of an extremist group that kept the FBI at bay during an 81-day standoff from March 25 to June 14, 1996 at “Justus Township,” their remote lair near Jordan in Garfield County. 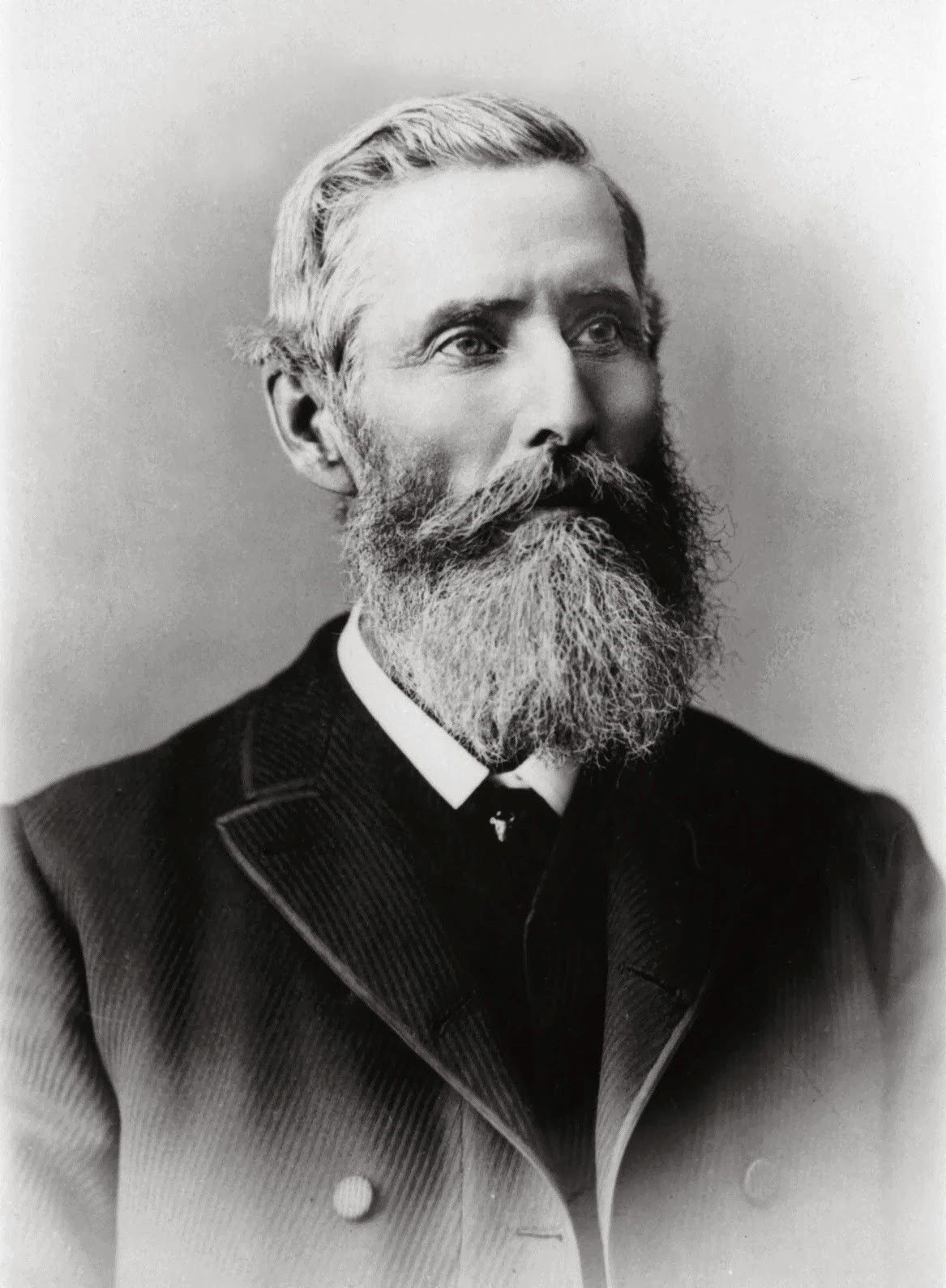 Granville Stuart started his Montana experience as a gold miner, but moved on to operate hotels, shops and repair services to other miners as he helped found Montana's early economy.