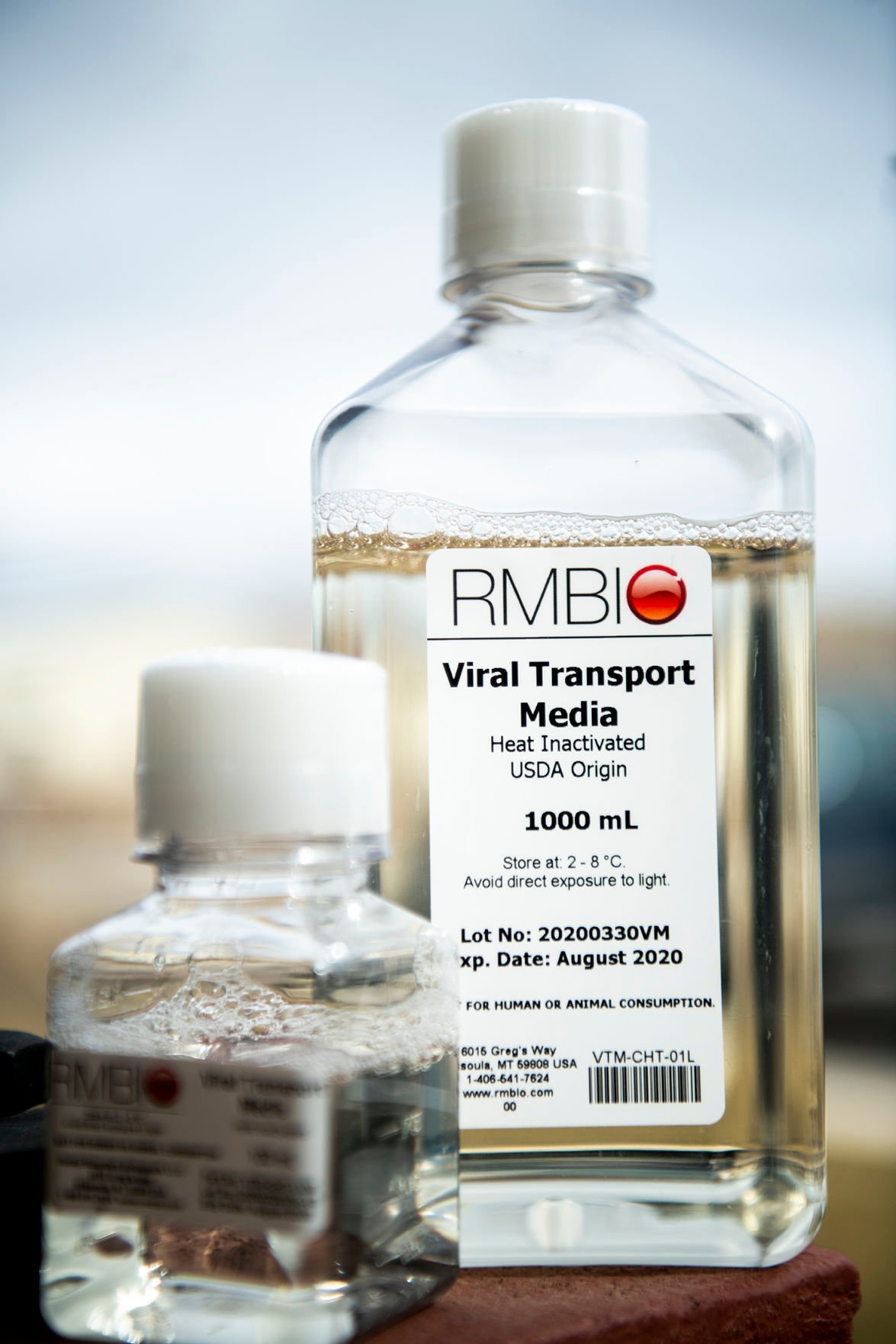 "The viral transport media was a bottleneck in the process of getting tested," said Jeff Pease, the chief business development officer at Rocky Mountain Biologicals. "I don't know the reason why it's not more available, but Grant Kier and Nicole Finke at Community Medical Center informed us there's a shortage." 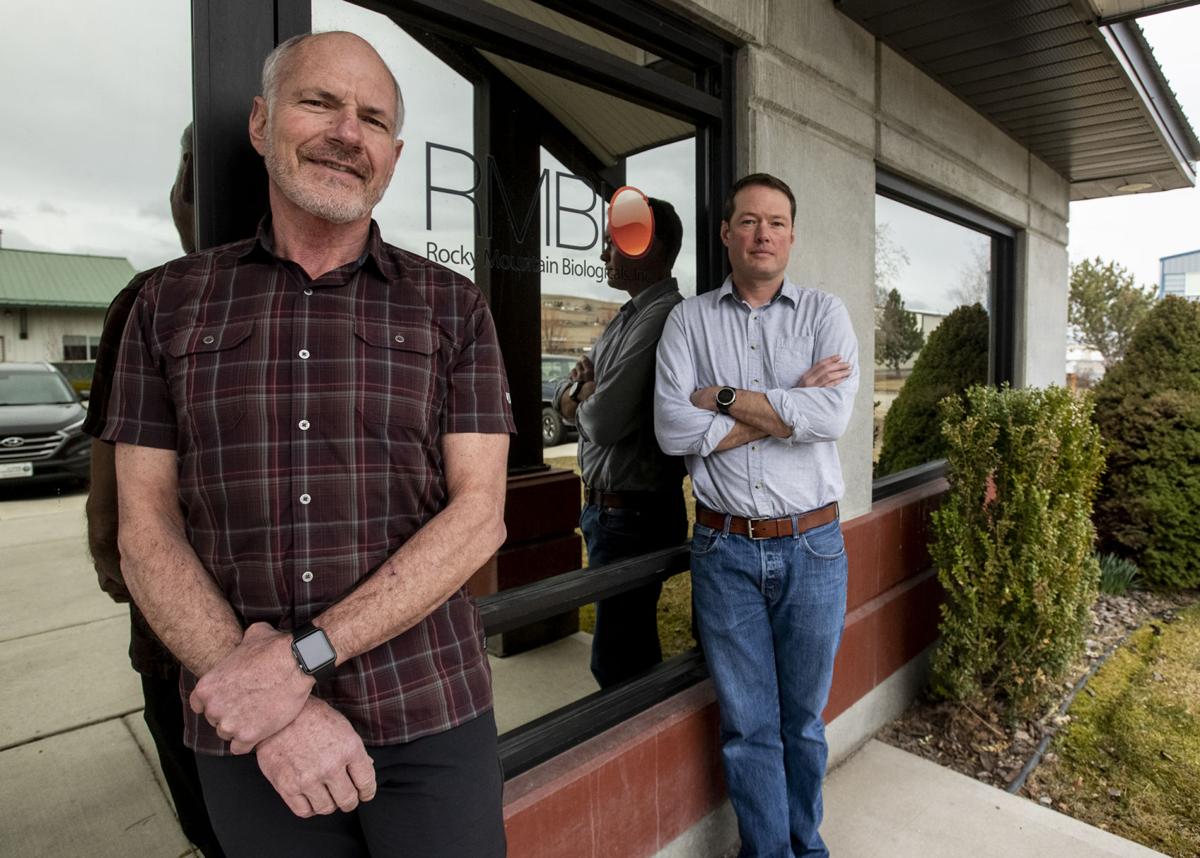 A Missoula biotechnology company has rapidly switched gears in order to produce a much-needed component for COVID-19 testing capabilities in Montana and the world if needed.

Rocky Mountain Biologicals, formed in 2004 and located in Missoula’s development park near the airport, usually makes cell culture media like serum and other products for the pharmaceutical, cancer treatment and veterinary vaccine industries.

Grant Kier, the CEO of the Missoula Economic Partnership, was familiar with the company from past conversations. Kier also knew there was an acute shortage of viral transport media for COVID-19 testing. Essentially, viral transport media is clear substance that's used in a testing kit to transport the swab from a patient to a lab. Without it, the viral sample would "die" and the test wouldn’t work.

“The viral transport media was a bottleneck in the process of getting tested,” explained Jeff Pease, the chief business development officer at Rocky Mountain Biologicals. “I don’t know the reason why it’s not more available, but Grant Kier and Nicole Finke at Community Medical Center informed us there’s a shortage. Others in the state are getting close to running out. They asked if we could make it.”

Pease said they hadn’t thought much about making the product, but he consulted with Jeremy Amberson, the chief operations officer at the company.

“We had a majority of components in house already,” Amberson said.

On Monday, the company produced enough of the media, 18 liters, for 6,000 tests.

“That material will go out tomorrow,” Pease said.

Some of it will go to Community Medical Center, and the rest will go to 14 other hospitals and clinics all over the region. One is a “little tiny clinic” in eastern Montana, Pease added.

“I sent out an announcement to all hospitals and clinics that we were approved to make the product, and literally, after my email went out it didn’t take 10 minutes to get the first phone call,” he explained. “They just didn’t have the media. We’re getting calls from all over Montana, Idaho and Washington.”

Amberson said the facility has the capacity to make “a lot” of the product and they could theoretically ship it all over the country. Normally, the company makes batches of 3,000 liters of its usual serum product. The company has about 15 employees, and they’re working hard right now to make sure they’re ready if more orders come in. Rocky Mountain Biologicals is owned by Welgene, a South Korean company, and Pease said they are not to be confused with Rocky Mountain Labs, a government medical research facility in the Bitterroot Valley.

Pease said the two local hospitals, Providence St. Patrick Hospital and Community Medical Center, have been extremely cooperative. He also said the Missoula Economic Partnership played a crucial role as the “networker” between the company and the health care industry.

“I had a meeting with Grant (Kier) seven months ago and he remembered we did serum here,” Pease recalled. “He was in communication with us. We got the recipe from the Centers for Disease Control and the Mayo Clinic. Jeremy, the brains of the group, looked into it and said, ‘Yes, we can do this’.”

Lindsey Wallace, the communications director for the Missoula Economic Partnership, said it’s a “good news story at a time when there isn’t a whole lot of good news happening.”

“It's also an example of how quickly Missoulians rise to the challenge to meet community needs,” she said in an email to the Missoulian. “What’s also of note is they’re not concerned with profiting off the manufacture of the media — their primary concern is getting a crucial product into the hands of the labs that need it to ramp up testing and address the current crisis.”

Any hospital or clinic that needs the product should visit rmbio.com.

MISSOULA — Our daughter Pamala Burke McDavid passed away of natural causes on July 31, 2020. It is with great sorrow that I write these words, which are less about my wife’s and my loss than the world’s. They are not meant as a notification of her passing; they are about a life that has left a large mark on a large number of people.

A 68-year-old man on a motorcycle died in a two-vehicle crash on Monday, two days after another motorcyclist was killed in a collision with another vehicle on the same roadway.

Billings police are investigating a homicide that occurred Saturday in the parking lot of the Dairy Queen restaurant at the corner of 32nd Street West and King Avenue West.

Search winding down for man missing in Glacier Park

Park officials are winding down the search for 68-year-old Barry Trager, who did not return to his vehicle near Kintla Lake in the northwest area of Glacier National Park on July 25.

Another 64 cases of COVID-19 confirmed by testing were announced Sunday morning by the State of Montana's Joint Information Center.

The student is part of a class of 30 from 13 different law enforcement agencies.

A woman pleaded guilty Tuesday to defrauding an irrigation board, which represented approximately 2,400 irrigators in the Flathead, Mission and Jocko Valleys, of $221,222 in her time as the board's only staff member.

"The viral transport media was a bottleneck in the process of getting tested," said Jeff Pease, the chief business development officer at Rocky Mountain Biologicals. "I don't know the reason why it's not more available, but Grant Kier and Nicole Finke at Community Medical Center informed us there's a shortage."