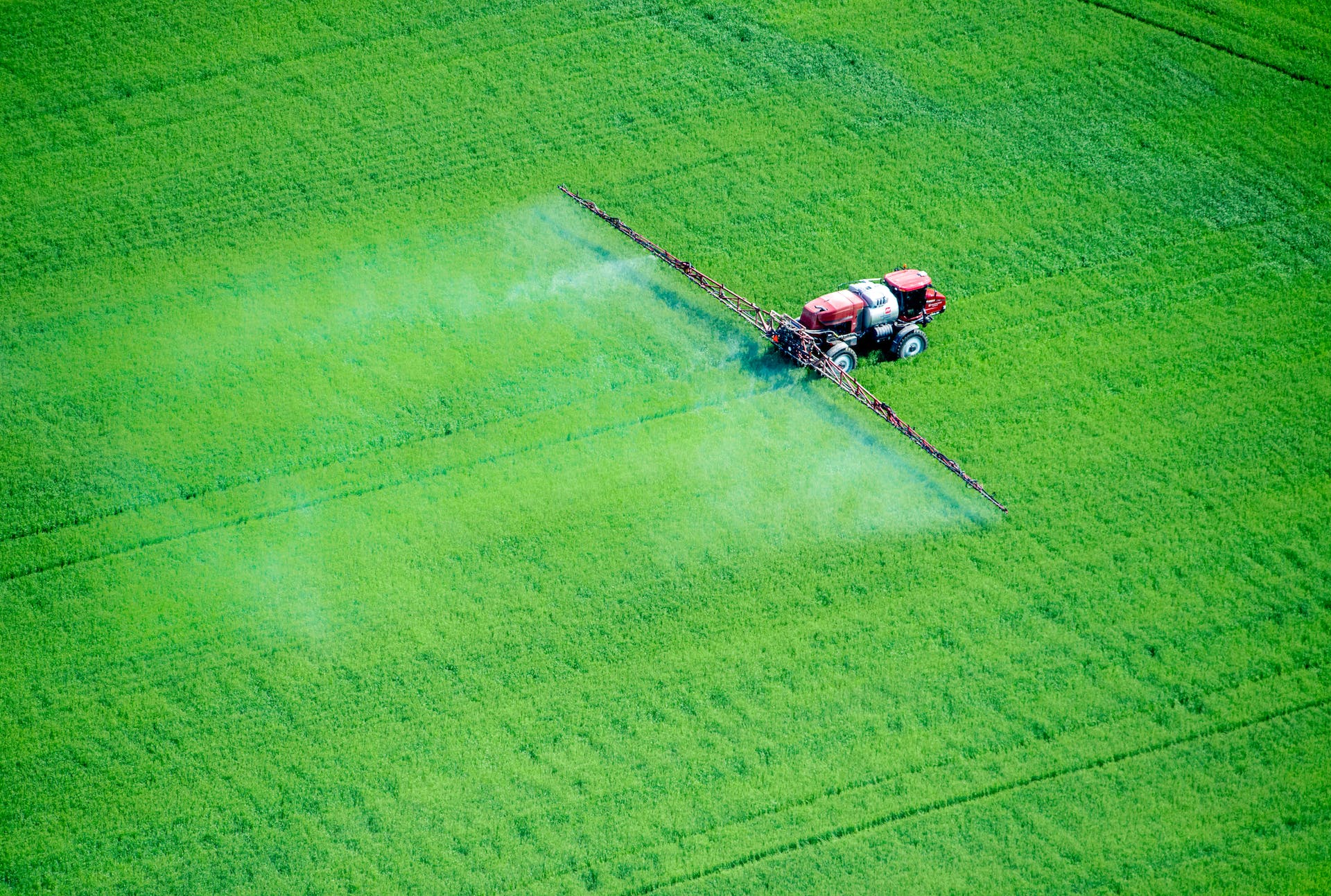 Spraying from either a ground-based vehicle or an airplane is a common method for applying pesticides. Edwin Remsburg/VW Pics via Getty Images

In 1962 environmental scientist Rachel Carson published “Silent Spring,” a bestselling book that asserted that overuse of pesticides was harming the environment and threatening human health. Carson did not call for banning DDT, the most widely used pesticide at that time, but she argued for using it and similar products much more selectively and paying attention to their effects on nontargeted species.

“Silent Spring” is widely viewed as an inspiration for the modern environmental movement. These articles from The Conversation’s archive spotlight ongoing questions about pesticides and their effects.

Although the chemical industry attacked “Silent Spring” as anti-science and anti-progress, Carson believed that chemicals had their place in agriculture. She “favored a restrained use of pesticides, but not a complete elimination, and did not oppose judicious use of manufactured fertilizers,” writes Harvard University sustainability scholar Robert Paarlberg.

This approach put Carson at odds with the fledgling organic movement, which totally rejected synthetic pesticides and fertilizers. Early organic advocates claimed Carson as a supporter nonetheless, but Carson kept them at arm’s length. “The organic farming movement was suspect in Carson’s eyes because most of its early leaders were not scientists,” Paarlberg observes.

This divergence has echoes today in debates about whether organic production or steady improvements in conventional farming have more potential to feed a growing world population.

Well before “Silent Spring” was published, a crop-dusting industry developed on the Great Plains in the years after World War II to apply newly commercialized pesticides. “Chemical companies made broad promises about these ‘miracle’ products, with little discussion of risks. But pilots and scientists took a much more cautious approach,” recounts University of Nebraska-Kearney historian David Vail.

As Vail’s research shows, many crop-dusting pilots and university agricultural scientists were well aware of how little they knew about how these new tools actually worked. They attended conferences, debated practices for applying pesticides and organized flight schools that taught agricultural science along with spraying techniques. When “Silent Spring” was published, many of these practitioners pushed back, arguing that they had developed strategies for managing pesticide risks.

Today aerial spraying is still practiced on the Great Plains, but it’s also clear that insects and weeds rapidly evolve resistance to every new generation of pesticides, trapping farmers on what Vail calls “a chemical-pest treadmill.” Carson anticipated this effect in “Silent Spring,” and called for more research into alternative pest control methods – an approach that has become mainstream today.

3. The osprey’s crash and recovery

In “Silent Spring,” Carson described in detail how chlorinated hydrocarbon pesticides persisted in the environment long after they were sprayed, rising through the food chain and building up in the bodies of predators. Populations of fish-eating raptors, such as bald eagles and ospreys, were ravaged by these chemicals, which thinned the shells of the birds’ eggs so that they broke in the nest before they could hatch.

“Up to 1950, ospreys were one of the most widespread and abundant hawks in North America,” writes Cornell University research associate Alan Poole. “By the mid-1960s, the number of ospreys breeding along the Atlantic coast between New York City and Boston had fallen by 90%.”

Bans on DDT and other highly persistent pesticides opened the door to recovery. But by the 1970s, many former osprey nesting sites had been developed. To compensate, concerned naturalists built nesting poles along shorelines. Ospreys also learned to colonize light posts, cell towers and other human-made structures.

Today, “Along the shores of the Chesapeake Bay, nearly 20,000 ospreys now arrive to nest each spring – the largest concentration of breeding pairs in the world. Two-thirds of them nest on buoys and channel markers maintained by the U.S. Coast Guard, who have become de facto osprey guardians,” writes Poole. “To have robust numbers of this species back again is a reward for all who value wild animals, and a reminder of how nature can rebound if we address the key threats.”

Pesticide application techniques have become much more targeted in the 60 years since “Silent Spring” was published. One prominent example: crop seeds coated with neonicotinoids, the world’s most widely used class of insecticides. Coating the seeds makes it possible to introduce pesticides into the environment at the point where they are needed, without spraying a drop.

But a growing body of research indicates that even though coated seeds are highly targeted, much of their pesticide load washes off into nearby streams and lakes. “Studies show that neonicotinoids are poisoning and killing aquatic invertebrates that are vital food sources for fish, birds and other wildlife,” writes Penn State entomologist John Tooker.

In multiple studies, Tooker and colleagues have found that using coated seeds reduces populations of beneficial insects that prey on crop-destroying pests like slugs.

“As I see it, neonicotinoids can provide good value in controlling critical pest species, particularly in vegetable and fruit production, and managing invasive species like the spotted lanternfly. However, I believe the time has come to rein in their use as seed coatings in field crops like corn and soybeans, where they are providing little benefit and where the scale of their use is causing the most critical environmental problems,” Tooker writes.

This story is a roundup of articles from The Conversation’s archive.

Earth's inner core may have stopped turning and could go into reverse, study suggests

Scientists are weighing in on what it might mean.

Feds send $930 million to curb 'crisis' of US West wildfires

The Biden administration is directing $930 million toward reducing wildfire dangers in 10 western states by clearing trees and underbrush from national forests. The move announced Thursday comes as government officials have struggled to protect communities from destructive infernos being made worse by climate change. U.S. Agriculture Secretary Tom Vilsack warned that “draconian” budget cuts floated by some Republicans who control the U.S. House could undermine the Democratic administration’s ambitions to lower wildfire risks. The work is projected to cost up to $50 billion. Last year’s climate and infrastructure bills combined included about $5 billion for the task.

Google is laying off 12,000 workers, becoming the latest tech company to trim staff as the economic boom that the industry rode during the COVID-19 pandemic ebbs. The Silicon Valley giant’s CEO Sundar Pichai shared the news Friday in an email to staff that was also posted on the company’s news blog. He said that the company has hired for “periods of dramatic growth” over the past two years but that was a “different economic reality than the one we face today.” He said the layoffs reflect a “rigorous review” that Google carried out of product areas and functions.

Microsoft is cutting 10,000 workers, almost 5% of its workforce, as it joins other tech companies in a scaling back of their pandemic-era expansions. The company said in a regulatory filing Wednesday that the layoffs were a response to “macroeconomic conditions and changing customer priorities.” The company said it will also be making changes to its hardware portfolio and consolidating its leased office locations. The loss of employees is far less than how many Microsoft hired during the COVID-19 pandemic as it responded to a boom in demand for its workplace software and cloud computing services as people worked and studied from home.