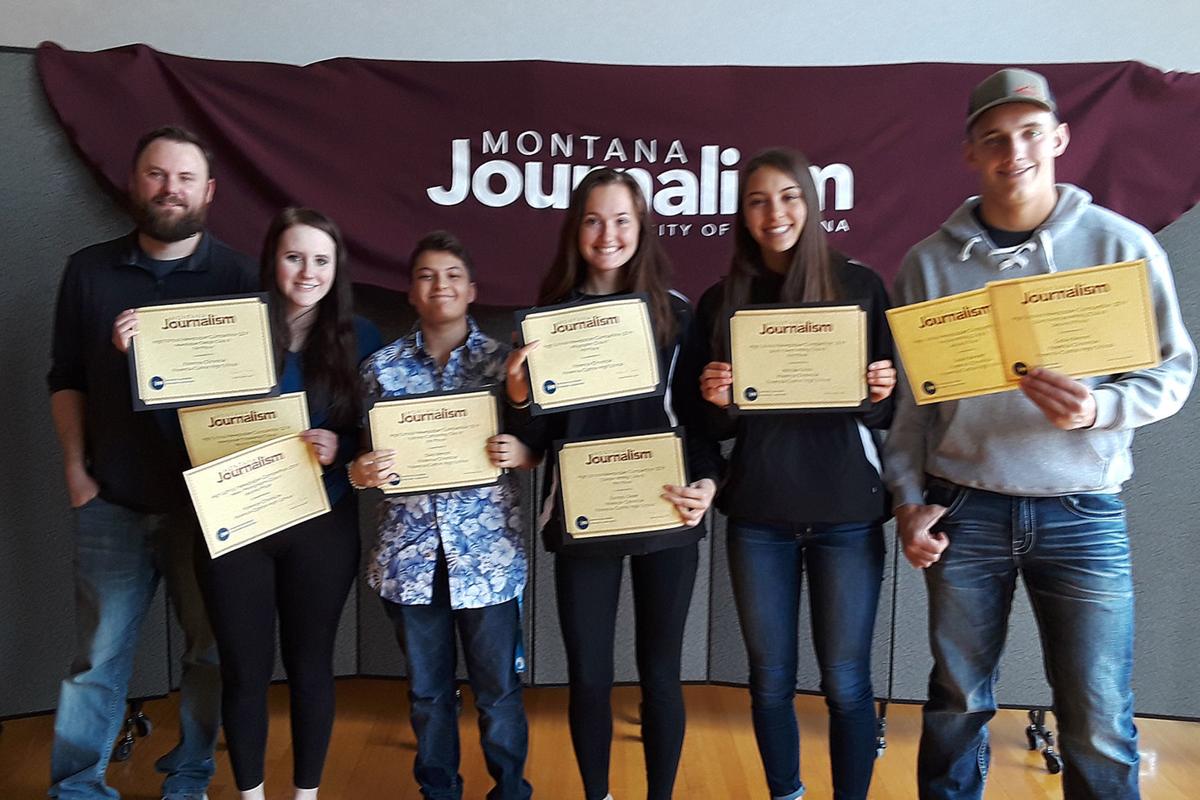 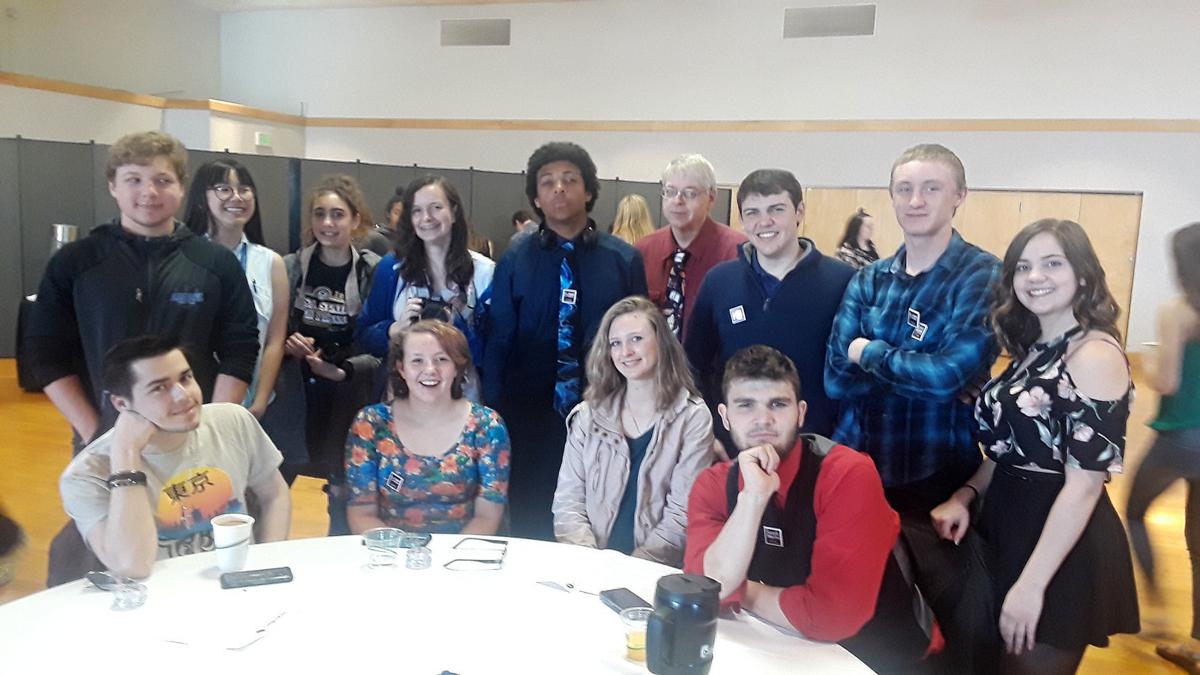 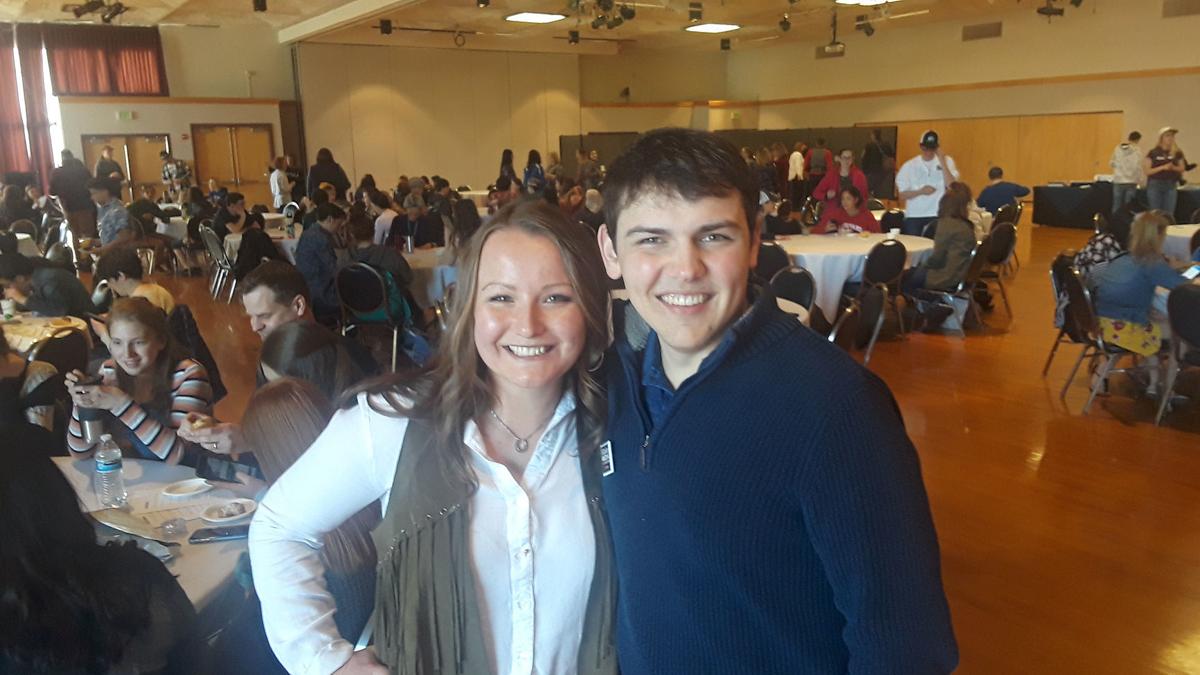 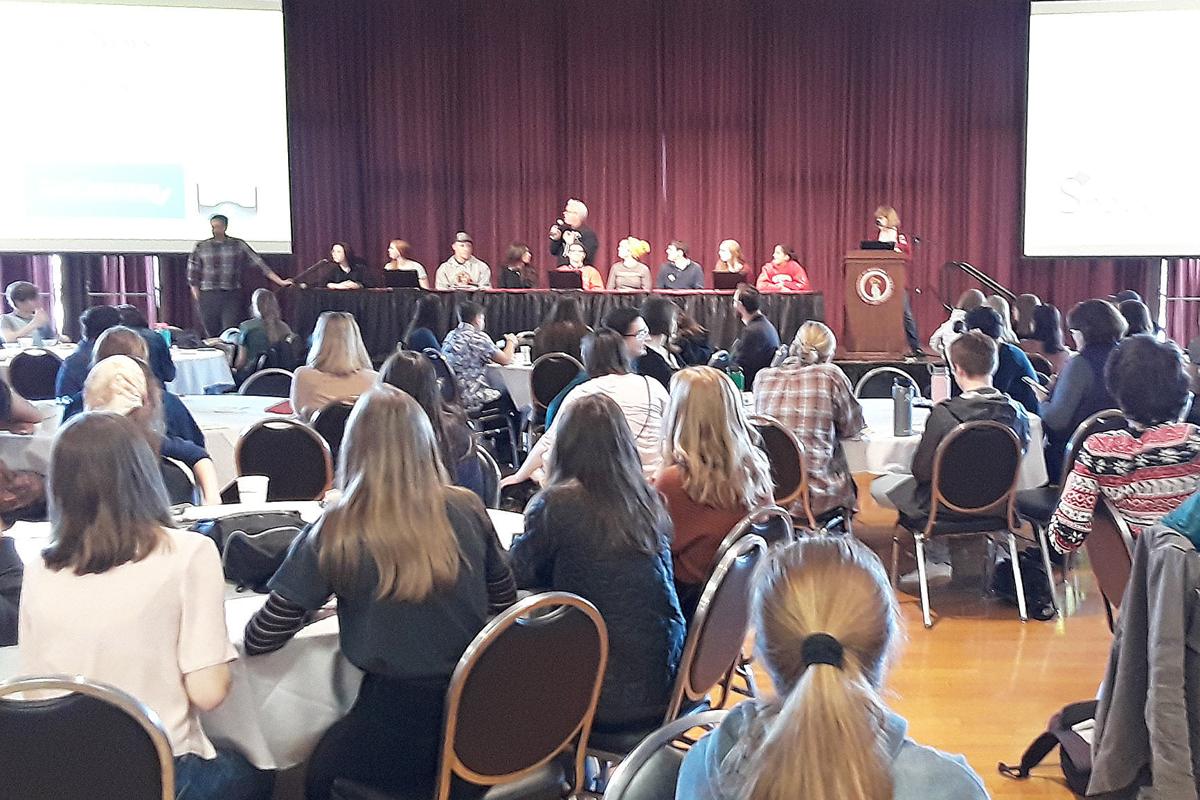 Over 200 student journalists watched the “Fake News Game Show” with Professor Dennis Swibold where teams researched facts and determine which news was true and which was fake. Teams used sources like Snopes, FactCheck.org and PolitiFact to win. 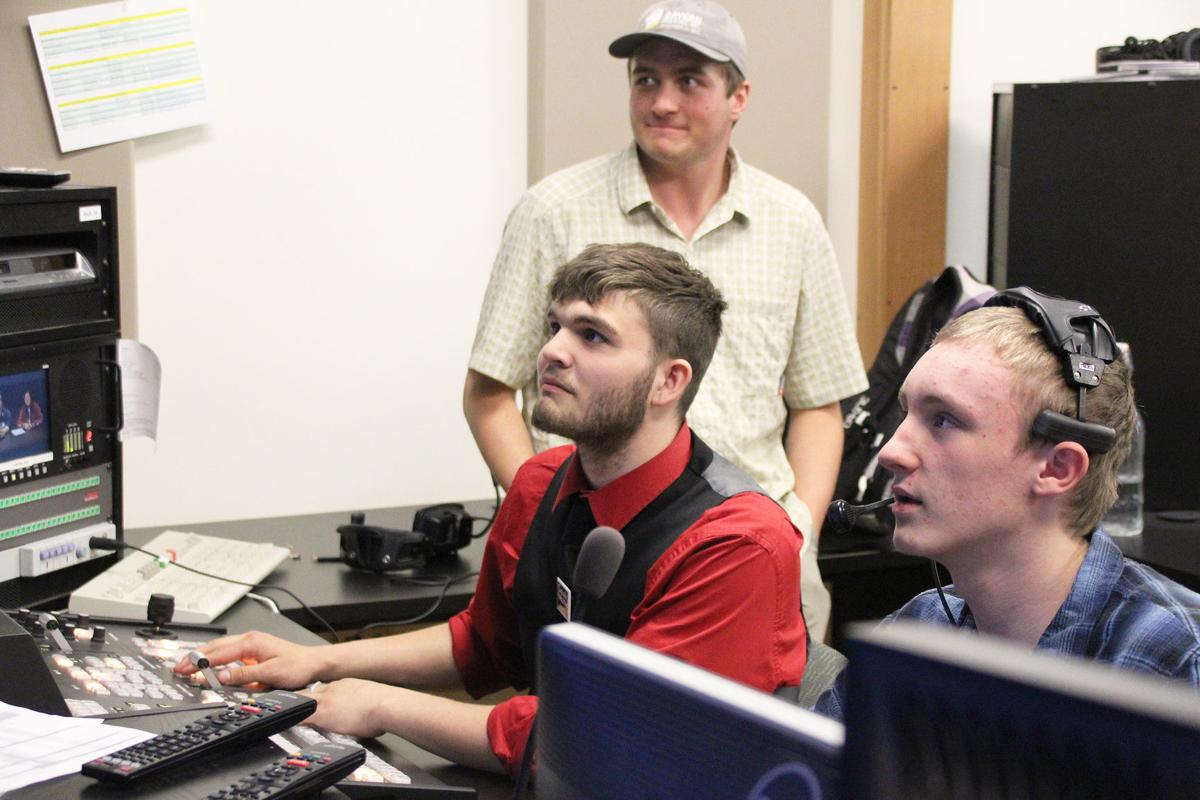 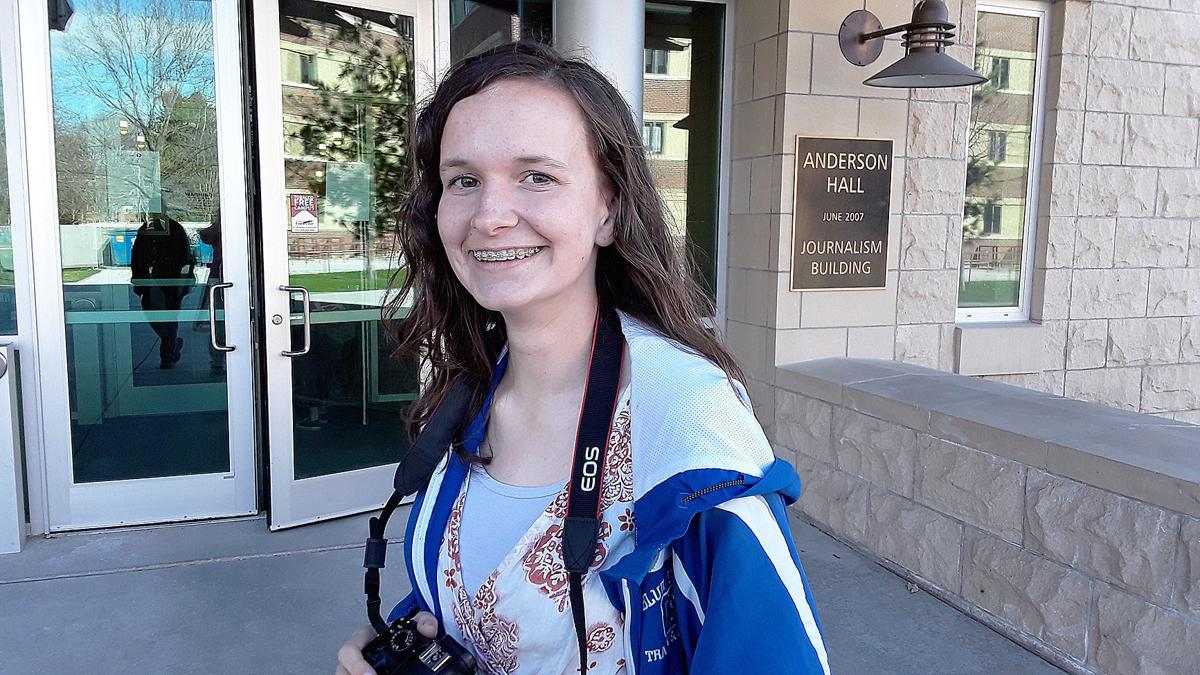 Bitterroot Valley students were awarded and educated at 2019 High School Journalism Day at the University of Montana sponsored also by the Montana Journalism Education Association, Thursday.

Earlier in the year, AA, A, B and C schools submitted journalistic works that were judged by professional journalists.

“The judges and myself recognize Michaels’s tremendous talent,” she said. “He is an exceptional student and leader whose design, speaking and broadcast skills evidence his strong abilities. This award acknowledges his contributions as an outstanding scholastic journalist.”

McKay directs the live-stream of the morning news at Corvallis High School and is the founding director of that program, entitled “C” Vision, which is now watched daily by 500 students, teachers and staff.

"It was so neat to see the professionalism of a collegiate program in action and also participate in numerous hands-on activities,” he said. “Also, it was such an honor to be named runner-up to Montana High School Journalist of the Year, which I believe also recognized the amazing team and CHS staff that have made ‘C’ Vision LIVE, our morning announcements broadcast, a reality.”

In class B, Florence-Carlton High School received nine individual awards for their work on the school newspaper “Florence Chronicle,” plus first place in the Newspaper Design and Newspaper Pacesetter categories.

They are the only school in the Bitterroot Valley to have a print newspaper.

FCHS Newspaper Advisor Derk Schmidt said Journalism Day offers the opportunity for students to see their work as “relevant and appreciated outside of their own school setting.”

“The event highlights the importance of accuracy in their writing and that clear, thoughtful diction can give them an advantage as writers and communicators well beyond high school,” he said. “The awards validate all of the hard work these students have put in this year in creating our newspaper. We strive to provide meaningful and entertaining news in an aesthetically pleasing way. Winning first place in Newspaper Design was definitely a highlight for us this year."

Danara Greer, editor in chief of the Florence Chronicle, said the goal of the student-led publication is to produce a newspaper by students and for students.

“There are surely moments when we strive for meaningful and sophisticated journalism, but there are also moments when we explore more lighthearted stories in the interest of entertaining the student body,” she said.

Greer is proud of the staff for winning awards in multiple categories.

“There is much more involved in producing a student newspaper than simply writing articles,” Greer said. “Each student makes a unique contribution to the paper, so I am grateful that several of their efforts were recognized by the MJEA."

Schmidt praised his students for their efforts and accomplishments.

“Some schools across the state have a student news staff twice and even three times larger than ours,” he said. “Though our staff is smaller than in years past, these awards confirm that motivation and dedication are all that it really takes to produce a quality newspaper at the high school level."

Schmidt said that changes in the newspaper industry hasn’t altered the local consumption of the high school paper.

"While print media may be declining across the nation with the increase in online news, there is something so gratifying about holding a tangible newspaper in your hands,” he said. “Each time our shipment of newspapers arrives, our staff can't wait to physically deliver our product to our students and staff."

Fox said she is honored to represent the state of Montana as the high school journalist of the year.

“Journalism has truly been such an impactful area of my life and choosing to join the Bigfork Norse Code my freshman year has shaped my future,” she said. “Through journalism I have met so many influential leaders and friends, because of this I will forever be thankful to Mr. Appleby, the Norse Code staff, and the voice journalism has entitled me to.”

The links to see the portfolios of the Montana Student Journalist of the Year and runner up are on the Montana Journalism Education Association website mjeajournalism.com.

Moose on the loose in Hamilton: Biologist urges caution

A cow and calf moose have created a bit of stir in Hamilton recently after showing up at a baseball game, camping out in a person’s yard and s…

How many black holes are in the universe?

How many black holes are in the universe?

Over 200 student journalists watched the “Fake News Game Show” with Professor Dennis Swibold where teams researched facts and determine which news was true and which was fake. Teams used sources like Snopes, FactCheck.org and PolitiFact to win.