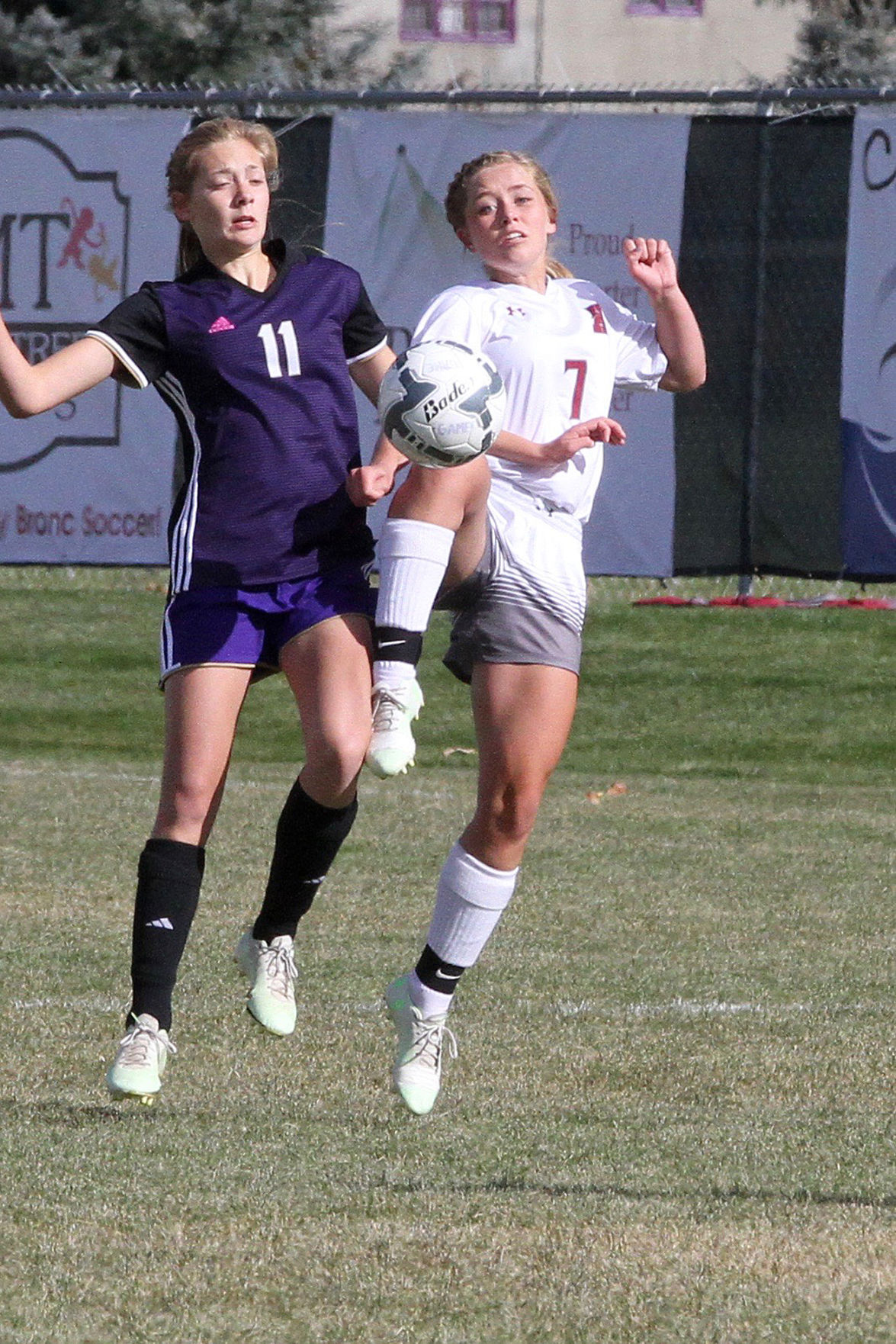 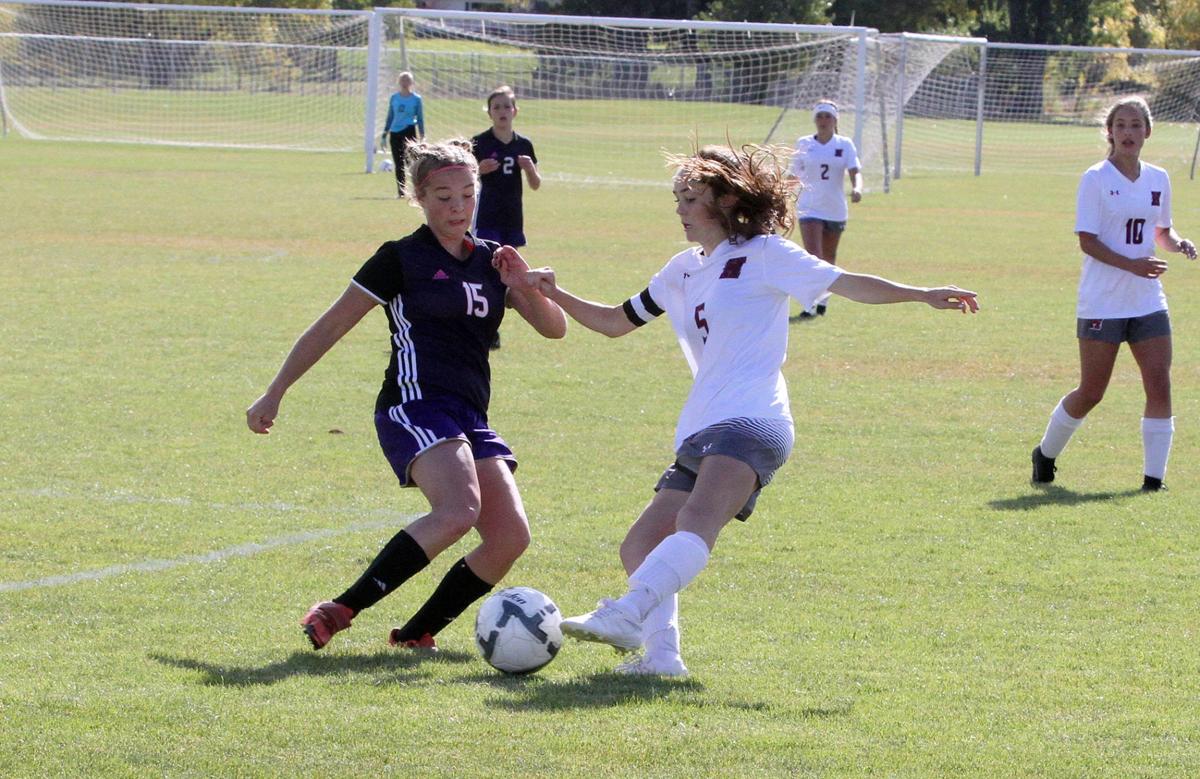 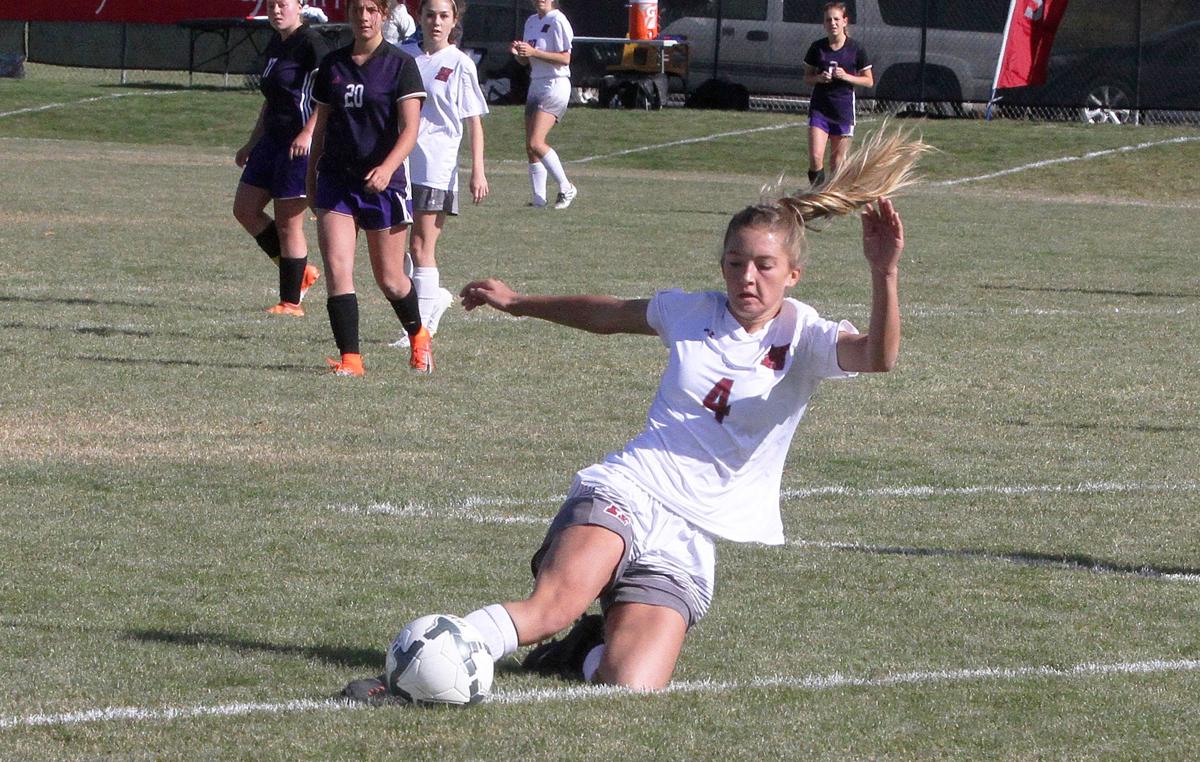 The game is equivalent to the semi-finals in the state tournament and the winner advances to the State Championship game. The Bronc soccer girls are undefeated with an 8-0-3 overall record.

“Our team controlled that game from start to finish,” Nisly said. “Last year we faced Polson in the same exact scenario, first round, and lost that game. This time around I saw a level to our team focus and unity that I hadn’t seen before.”

Nisly said the team philosophy in post season is the same philosophy throughout the year that winning, losing, and tying are teachable moments.

“You can always do better, even if you win, and above all else, a team sport builds up the group, not just the individual,” Nisly said. “I told my players to look at each other before the game last Saturday and play for their teammates, not for themselves. That is exactly what they did - they played selfless soccer and played the role they were supposed to play that day.”

The Hamilton Bronc Girls Soccer team is playing with a different line-up this year, with only four players in the same starting position from last season.

“They have been adaptable and willing to play the position that is best for the team,” Nisly said.

As coach for the past five seasons, Nisly said team unity, friendship, and player ownership is especially strong this year.

“We spent weeks in the gym due to smoke this season,” Nisly said. “I have seen teams break because of that, but we stayed strong and focused throughout it all. That is due to the leadership of our strong junior and senior class and the readiness of our younger players to step up and take ownership in this team.”

Sophomore Rylee Wiediger is lead scorer on the Bronc team with 11 goals and one assist. She is 11th in the state for Class A and 2nd in the Southwest conference for goals scored. She is 4th in the conference for overall stats.

“I am proud to be in that position of the top scorer as a sophomore and to be trusted to take penalty kicks,” Wiediger said. “My whole team is part of the goals and I couldn’t do it without them.”

Wiediger said the Hamilton team has had a great season because everyone plays hard.

“I think the season has gone really well because I feel that everyone on the team contributes,” she said. “We are not like other teams where there is only one player we can shut down.

"We are all dangerous.”

“We connect with each other on and off the field,” Zepeda said. “This weekend I am excited to see our hard work this season pay off so we can advance to the State Championship.”

Freshman defender Lea DeVall said the Broncs have had a fun season.

“I think we have a great future with this team and I think this team is strong,” DeVall said. “We have good chemistry. I am excited more than nervous about this upcoming game and I think we will do good if we try hard.”

“Our team has really good chemistry and we work hard for what we get,” she said.

Senior defender Morgan Kellar said it has been a season of growth and she feels confident about this weekend.

“The fires and new freshman helped us grow over the course of the season,” Kellar said. “It was exciting to play in our game last weekend and I think it is just a platform for this weekend where we will win again.”

The ticket prices for playoff matches will be $7 adults and $6 for students. Ticket prices are determined by the Montana High School Association. No conference or school passes will be honored for this tournament/playoff match.

A 21-year-old Conner man died in a hunting accident on the final day of the state's general hunting season.

Jacob L. "Jake" Dobson, 21, of Conner, died as a result of a hunting accident, Sunday, Nov. 28, according to Ravalli County Sheriff/Coroner St…

A 21-year-old Victor man was charged Friday with six felonies for the alleged rape by gunpoint of two women.

A Hamilton man was charged Monday with felony assault with a weapon after he allegedly struck another man with his vehicle several times on Thanksgiving Day.

“I have inherited an excellent staff here with a ton of knowledge and expertise on this district and across the forest,” said Dan Pliley.

Trucks will start rolling through Hamilton next week as excavation begins on a new $93 million animal facility at Rocky Mountain Laboratories.

When Jake Yoder walks over the 150 acres on Illinois Bench that his family recently placed under a conservation easement, he can’t help but remember his father’s advice.

A 69-year-old Wyoming woman died Sunday in a single-vehicle crash on Highway 43 about 8 miles from the top of Chief Joseph Pass.

A Corvallis High School graduate needs local housing to receive specialized physical therapy in Hamilton. To share information on a home to rent or buy contact Jason Jury at pastorjury@gmail.com.