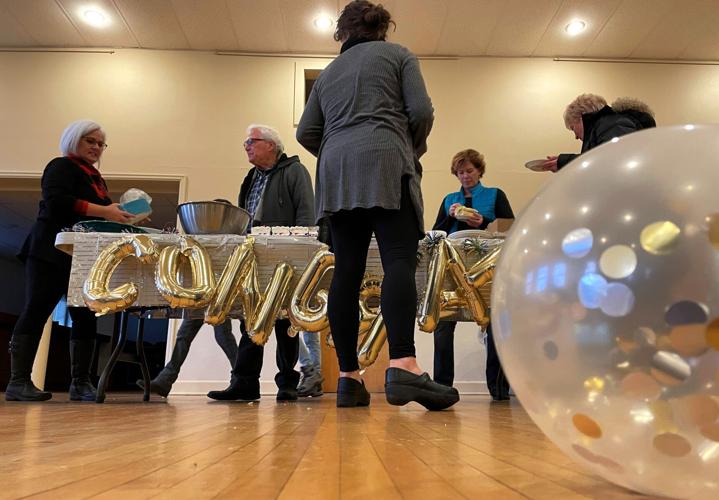 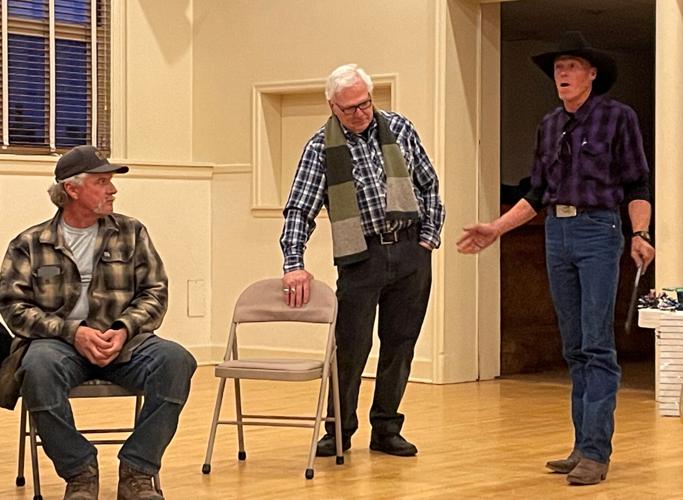 Judge Howard Recht’s courtroom at the Ravalli County District Courthouse was packed on Wednesday evening, but not with the normal judicial proceedings of crime and punishment.

It was filled with proud friends and family members of convicted felons who have worked their way to recovery. They gathered to celebrate the first Ravalli County Treatment Court graduation ceremony and one year anniversary. Treatment Court aims to help felony offenders move past addiction and establish long-term recovery.

Community members met with law enforcement, county and state officials, going around the room from person to person for introductions. Each person shared an accomplishment as they introduced themselves to the group. For most, that accomplishment was sobriety.

“The drug court concept is the most evaluated criminal justice strategy ever,” Statewide Treatment Court Coordinator Jeff Kushner said. “We’ve had about nine meta analyses done, the General Accounting Office has looked at drug courts three different times, and every evaluation that's been done indicates that drug court is the most effective strategy for dealing with people with a substance-use dependence that have committed an offense as a result of their disease.”

According to Kushner, there are about 650 people on any day in a drug court in the state of Montana.

“We graduate about 60%, and the re-offense rate, which is normally for a drug offender in the criminal justice system around 75% over a three year period, for drug court graduates, it's about 4%,” Kushner said. "Felony drug offenders, 4%. It’s hard to beat. We have studies now that have gone 15 years that show that people that enter recovery as a result of drug court do much better than any other strategy in the criminal justice system. And what's interesting about it is that the trajectory for people that have gone through drug court gets better and better. Whereas on regular probation, a similar cohort is worse.”

The first phase of the program focuses on stabilization and helping people get their feet on the ground.

“Phase one is called the acute stabilization phase,” Ravalli County Treatment Court Coordinator Jamie Bassell said. “That’s when we start developing the case plan, addressing housing issues. There's a home visit from our probation officer who's also on the team. They get a medical assessment. Some of our folks are just coming out of jail or incarceration. So some of that is readjustment and adapting back to life in the community. It sounds like it should just be so easy. You're not in jail anymore, everything's better. But for people that have been in for a while, it's an adjustment.”

Participants then move on to the clinical stabilization phase, where they are actively working on that case plan — keeping appointments with mental health providers, licensed addiction counselors and engaging with treatment. They must also maintain housing and comply with probation supervision. Participants must also call in daily to find out whether or not they have to go to the courthouse and provide a urinalysis sample.

While some of these steps may seem rather simple, obstacles such as transportation and housing costs can be challenging for someone with a criminal record or a suspended driver's license. In rural areas like Ravalli County that lack public transportation, many participants have to rely on friends and family to help them make it to court appearances. The tight housing market in the Bitterroot Valley only adds another hurdle for participants to overcome. While there is some assistance available through community partners and the warming shelter in Victor, Bassell said the struggle to find consistent housing has a real impact on program participants.

“Housing makes such a difference,” Bassell said. "I've been so grateful to get to work with some of our community partners. The Human Resource Council here and Salvation Army, they helped one of our participants recently get into assisted housing. It's temporary, she's living out of a motel, but she has the option to stay there three months at a time. And just since she got that stability, she's finally had her first two weeks sober.”

Wednesday night’s ceremony celebrated two graduates of the program. In order to graduate from Treatment Court participants must maintain sobriety for more than 16 months. And while recovery is a deeply personal journey, thankfulness for the support of others found through the Treatment Court program was an underlying theme.

Graduate Jorden Fawcett said he probably tried to get sober six to 10 times on his own before entering treatment court. He now has 19 months of sobriety.

“I am single-handedly responsible for my own recovery,” Fawcett said. “Yet each one of you has been just as much responsible for the successes in my recovery as I am. I am forever indebted to you all. You will never truly understand how much this really means.”

Surrounded by family and friends, the graduates each spoke about their journey in recovery and how sobriety has changed their lives.

“I've never seen how much had been lost until I lost it all,” Fawcett said. “When I say all, I mean everything within myself — from self-acceptance, spiritual principles, honesty, integrity, and emotional health. This not only has impacted me but all of those who surround me. Today, the man that stands before us smart, charismatic, strong-minded, moral dignified, who believes in himself, because of those who have supported him, supported me throughout this journey in life.”

Graduate Jack Jenkins of Darby said he spent a lot of time pursing the wrong things, thinking he was missing something. But now he has his life back to “some kind of normalcy.”

“It's been pretty amazing that we go through the evolution of this process," Jenkins said. ”And I've seen progress in everybody that's been here, it's all for the better. I spent probably a quarter of my life in and out of jails and prisons all for the same thing. Trust the process. I'm a much better person for everything, to kind of see the light at the end of the tunnel.”

Kushner congratulated the participants for their sobriety and commended them for all the work they put into completing the program.

“I view this as a commencement to the next phase of your life and the joy of being in recovery,” Kushner said. “And be very vigilant about your recovery, you worked extremely hard for it. And you need to protect it, enjoy it, love it, learn from it, help others get into the same situation that you guys are, and overcome this disease of substance use dependence. It's not easy to overcome substance use dependency, it's difficult, and it takes hard work. You guys have done it, congratulations.”

Jessica Abell is the editor of the Ravalli Republic.

He also pleaded not guilty to charges of theft, exploitation of an incapacitated person, and tampering with physical evidence, all felonies.

A packed crowd filled the Stevensville High School gym on Thursday afternoon for an assembly to honor local veterans.

Allen Misael Martinez, 42, was charged with felony counts of sexually abusing a child and sexual assault.