Mushers and skijors from across the region descended on Lost Trail Pass over the weekend for the Darby Dog Derby hosted by the Bitterroot Mushers.

“It's a great course,” skijor competitor Teresa Petterson of Victor said. “Great on grooming, it’s one of the best groomed courses especially for skijoring. It’s why we have so many people come all the way from Canada.”

Lost Trail Ski Area grooms the course, creating perfect conditions for the skijor competition. The event combines Nordic skiing and dog sledding as competitors are pulled on cross-country skis by a team of dogs through either 6-mile or 3.4-mile races through the beautiful Montana countryside.

“The skijors get to go out first which they never do at any other dog sled race,” Petterson said. “We need nice fresh corduroy to be able to skate ski so well, and so they let us go out on this perfect corduroy. The conditions are always excellent up there. There's always enough snow that high up the mountain. So that's why this kind of course is perfect. It's a little different this year after the clearcut. You can get some windblown areas but the views are actually a bit better up there. Now that it's clearcut you can see a lot farther.”

Petterson, who works at Burnt Fork Veterinary Clinic in Stevensville, took third in the mid-distance skijor event. She says competing in the events involves an “intimate” human-canine relationship.

“They are your teammates, you know, you're not just training a dog to sit and stay. You are working as partners together. So it's a great relationship that way,” she said. "My dogs are all spoiled. They're all house dogs.”

She described the experience of drifting through the snow behind a team of dogs as “peaceful.”

“It's just you and the dogs. You can just hear the glide of the sled or the skis across the snow, and you're working as hard as you can,” Petterson said. "So you're not thinking a lot about except probably oxygen. It's just a tranquil time to be out there in the mountains, just by yourself. Even though you're racing with other people around, it's just you and the dog right there on the trail.”

She and her five dogs travel to events in a converted ambulance she calls her “dog truck.”

“We all sleep in that together. And, you know, they're just your best friends,” Pettersen said. “We all just love dogs. That’s why we do it.”

Mikki Douglas took first place in the four-dog, six-mile sled race with a cumulative time of 41:02, Dan Hanks came in second at 49:49, and Mary Welborn third with a time of 58:23.

Landon Johnson took first place in the junior category with a cumulative time of 28:07, and Seth Martin in second at 35:22.

Kat Spencer took first in the mid-distance skijor with a cumulative time of 45:35, Dan Hanks second at 45:43, and Petterson third with 50:07.

Pettersen encouraged anyone interested in mushing or skijor to get involved by connecting with the Bitterroot Mushers or Bitterroot Dog Powered Sports on Facebook.

“We get together and train every week that we're not racing. We hold a lot of fun events. We're always willing to start people — we have harnesses and lines, extra everything to use,” she said.

Jessica Abell is the editor of the Ravalli Republic.

Bailey hung up his robe with the change of the New Year after 22 years on the bench at the Ravalli County Justice Court.

Joshua Lee Odowd, 51, was charged with his fourth DUI after being pulled over for allegedly driving without his headlights on.

The Hops is the largest tap room in western Montana, boasting 93 beverages on tap at their Highway 93 location.

Andrew Raymond Bergman is accused of luring a man out into the woods, sticking a gun in his mouth and pulling the trigger. 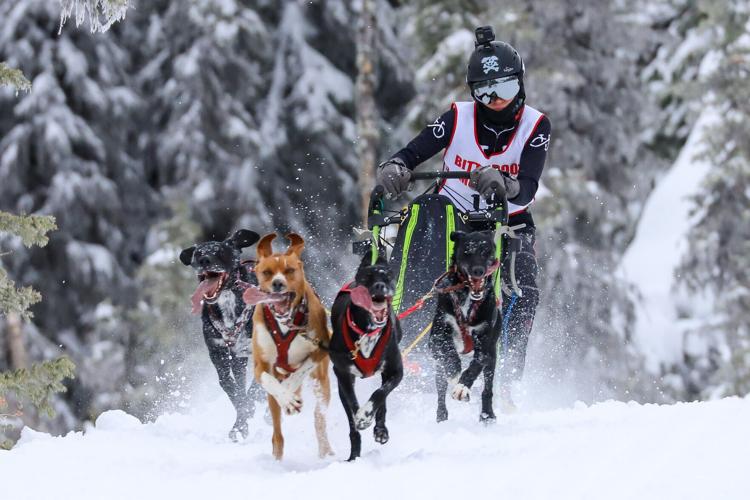 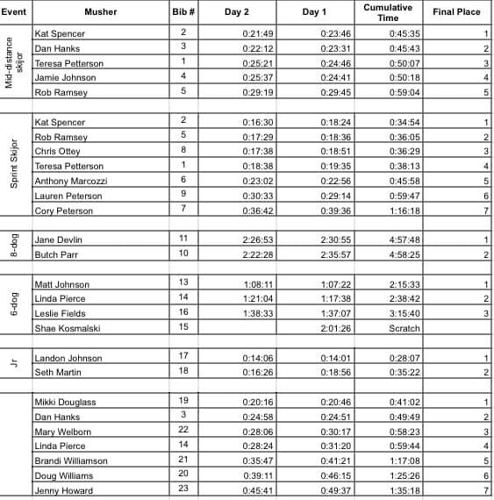