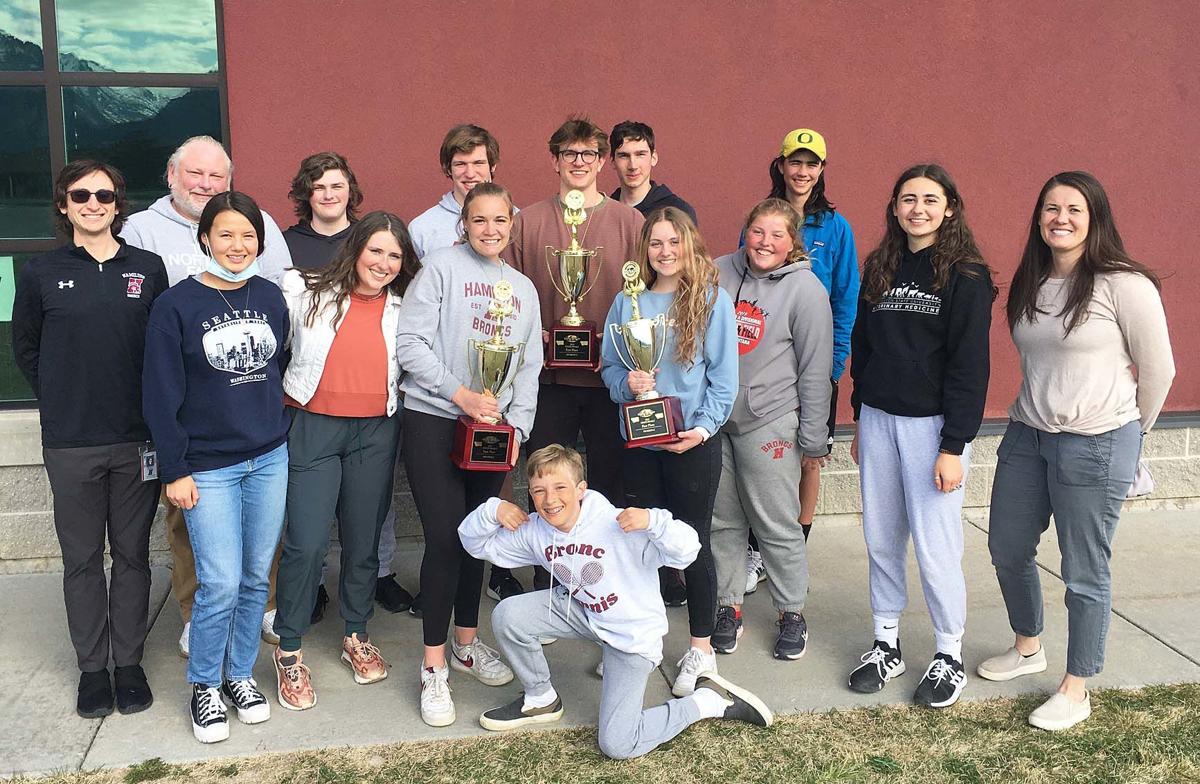 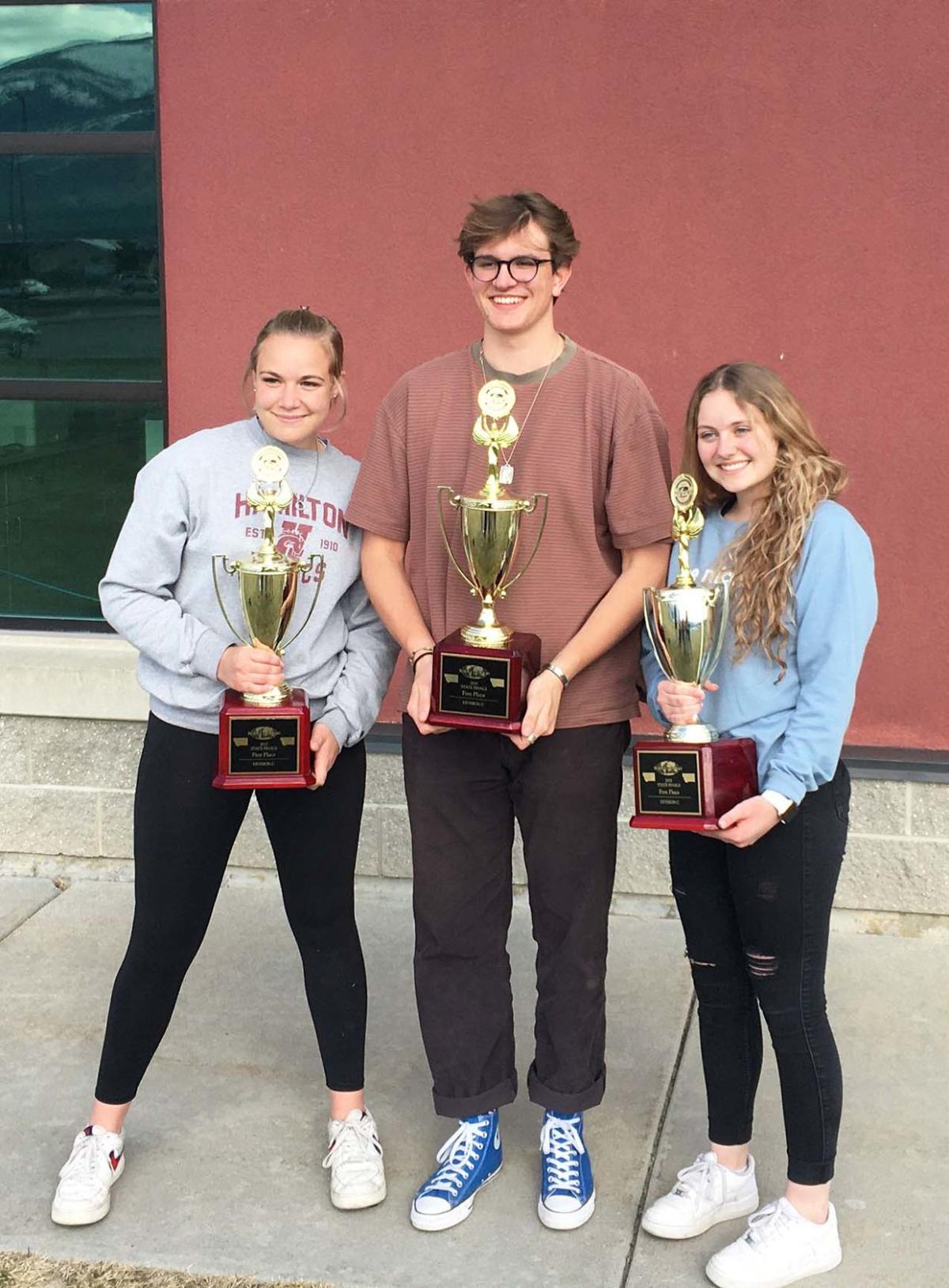 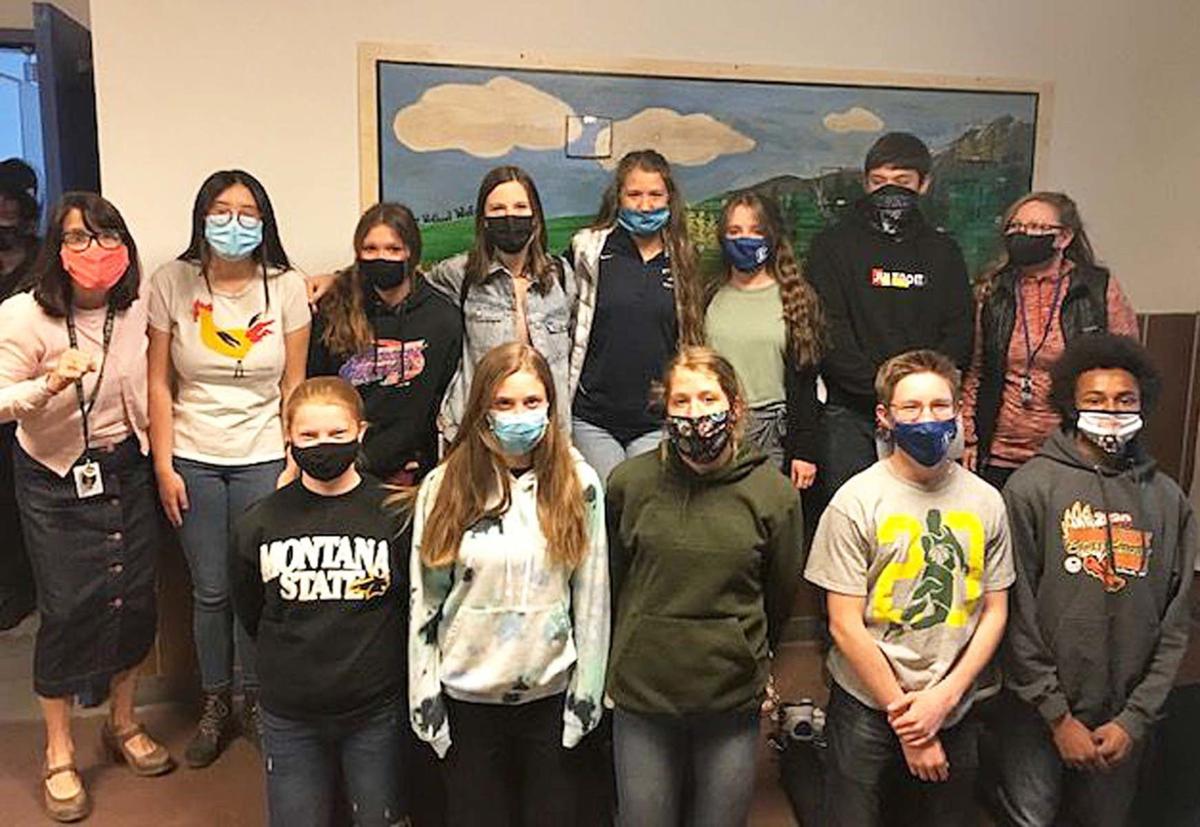 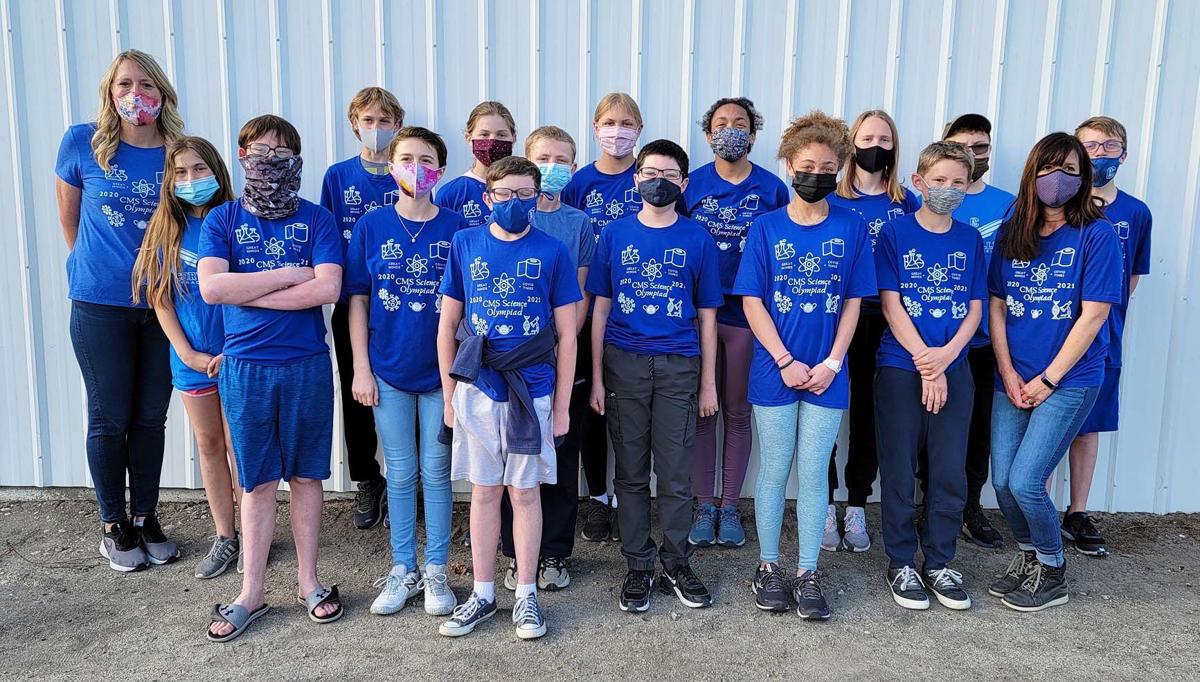 HHS coaches Dietrich Perchy, Michael Bonnes and Vanessa Haflich said they were extremely pleased with the performance of their 15-student team.

Perchy said that even with a year of uncertainty, his team was eager to compete and started preparing in the fall despite the indefinite postponement of the regular competition season and only a small hope for a spring competition. Just after Jan. 1, Montana State University confirmed that they would be hosting the tournament, in an online format.

“The Broncs began preparing for a tournament unlike any other they had competed in,” Perchy said. “Some events were completely scrapped, with others being modified to such a high degree that they may almost be considered entirely new fields of competition. Regardless of these challenges, the Broncs moved forward and brought home the gold.”

He said the win is Hamilton’s fourth time placing first throughout the duration of the Science Olympiad program.

“The HHS Science Olympians competed magnificently, with a program first-time accomplishment of all events placing within the top 10 for each of their respective events, resulting in an impressively low final score of 60 points, lowest final score wins,” Perchy said.

Perchy said the team put in extra effort even after a heartbreaking finish to last year's competitive season with the cancellation of the national tournament, for which they had qualified.

“The resiliency shown was immeasurable and illustrated the dedication that these students have to their respective craft,” Perchy said. “With many of these students being multisport athletes and involved in a variety of extracurricular activities, finding time to fit in the Science Olympiad season during an irregular season was a challenge, but combined with the drive for success and keeping one another accountable, the HHS Science Olympiad team truly showed their perseverance in the face of adversity.”

The HHS varsity team will be competing in the virtual national tournament representing Montana on May 22 hosted in Tempe, Arizona.

Perchy said he was proud of his young scientists and engineers.

“Between the heartache of finishing early last season and the challenges with preparing this year, these students went above and beyond,” he said. “Having had the honor to work with these bright young minds for the past three years is inspiring now and for the future as well."

“Because we are a family we were able to pull through as an amazing team,” Steward said.

“I am most impressed with this group's ability to maintain positive momentum within the program even with all the COVID related changes,” he said. “This team's ability to pivot and adapt to the virtual competition, and still come out in first place, is a testament to their hard work, resilience and culture of excellence. This is a very special group of students and coaches and Hamilton High School is incredibly proud.”

Advisors Tracy Dickerson and Laura Carrasco said they are proud of their student’s efforts.

Carrasco said the team had to adapt, stay positive, remain flexible, build resiliency and work around conflicts they don’t usually encounter due to the date change of the season.

“We knew that a virtual format was going to present new challenges and unexpected changes, and I watched as they patiently worked through them all,” Carrasco said. “They also rolled with event and rule changes happening throughout season. Several kids started with one event and ended with another. Despite everything the students did well, landing in 3rd place and having several medalists.”

She said she was impressed with all the students who competed virtually this year, especially the many seniors.

“The team had a large group of seniors this year, several that have been on the team since sixth grade, and we will really miss them next year,” Carrasco said. “I am so grateful to the MSU’s Science Olympiad staff for pulling off this year’s tournament.”

Dickerson said that even though the competition lacked the in-person experience with other kids and the reward of an exciting trip to Bozeman she was impressed that the team stayed motivated and dedicated to their events.

“Under the leadership of Jenifer Powell and Darci Herbstritt, the CMS team has placed either first or second in the state every year for the past decade,” said Rich Durgin, CMS Principal.

Suzi Taylor, director of the Science Math Resource Center at MSU in Bozeman, and Joe Hicks, Ph.D., hosted a virtual awards ceremony, April 13, and said they were looking forward to hosting a live in-person tournament next year.

Cheney: Jan 6 probe is not a 'political campaign'

Cheney: Jan 6 probe is not a 'political campaign'

Coding for Kids offers classes for kids of all ages

High school students looking for a jump-start to a high-tech career are invited to attend expanded Coding for Kids camps this summer and explore science and technology through practical and interactive methods.

Twelve years of hard work paid off for Hamilton High School Senior Logan VanDenburg as he was chosen one of only two graduates in Montana to receive a U.S. Navy Reserve Officer Training Corps (ROTC) Scholarship that will pay full tuition for his four years in college.

Bitterroot College is holding its 10th graduation in an outdoor, socially distanced, mask-encouraged ceremony from 4:30 to 6:30 p.m. on Friday, April 30, at the Daly Mansion.