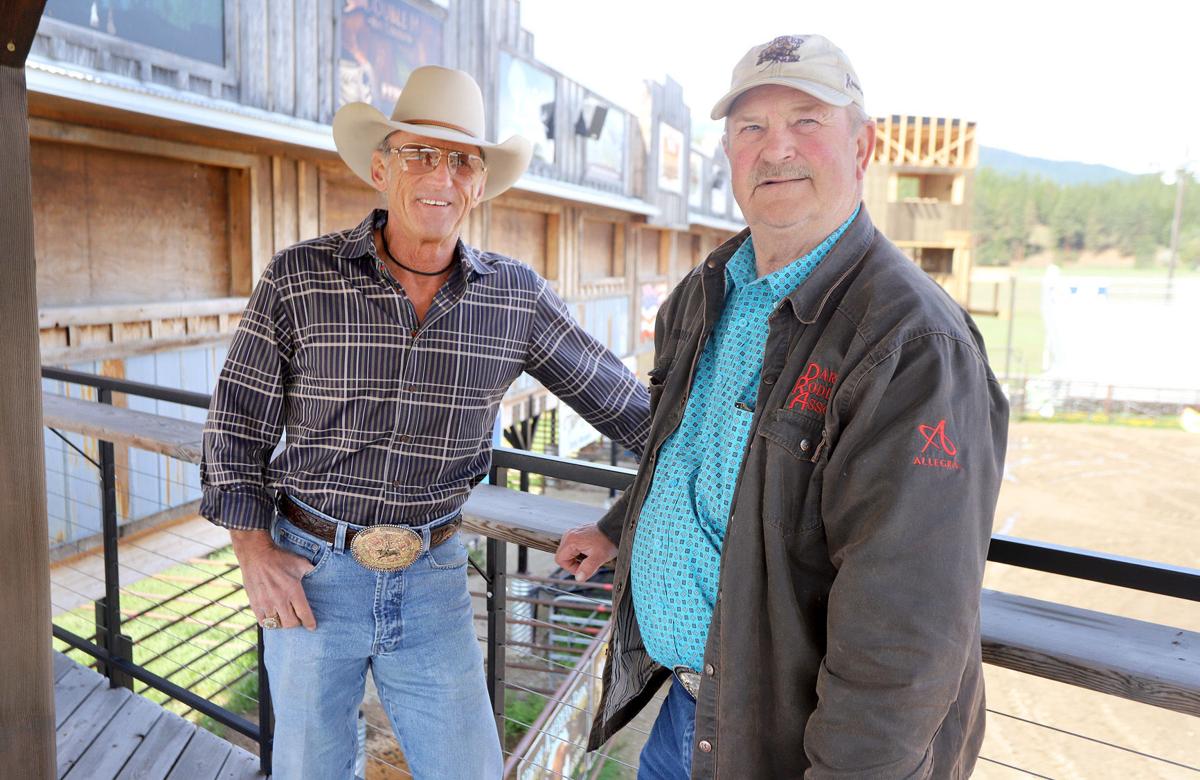 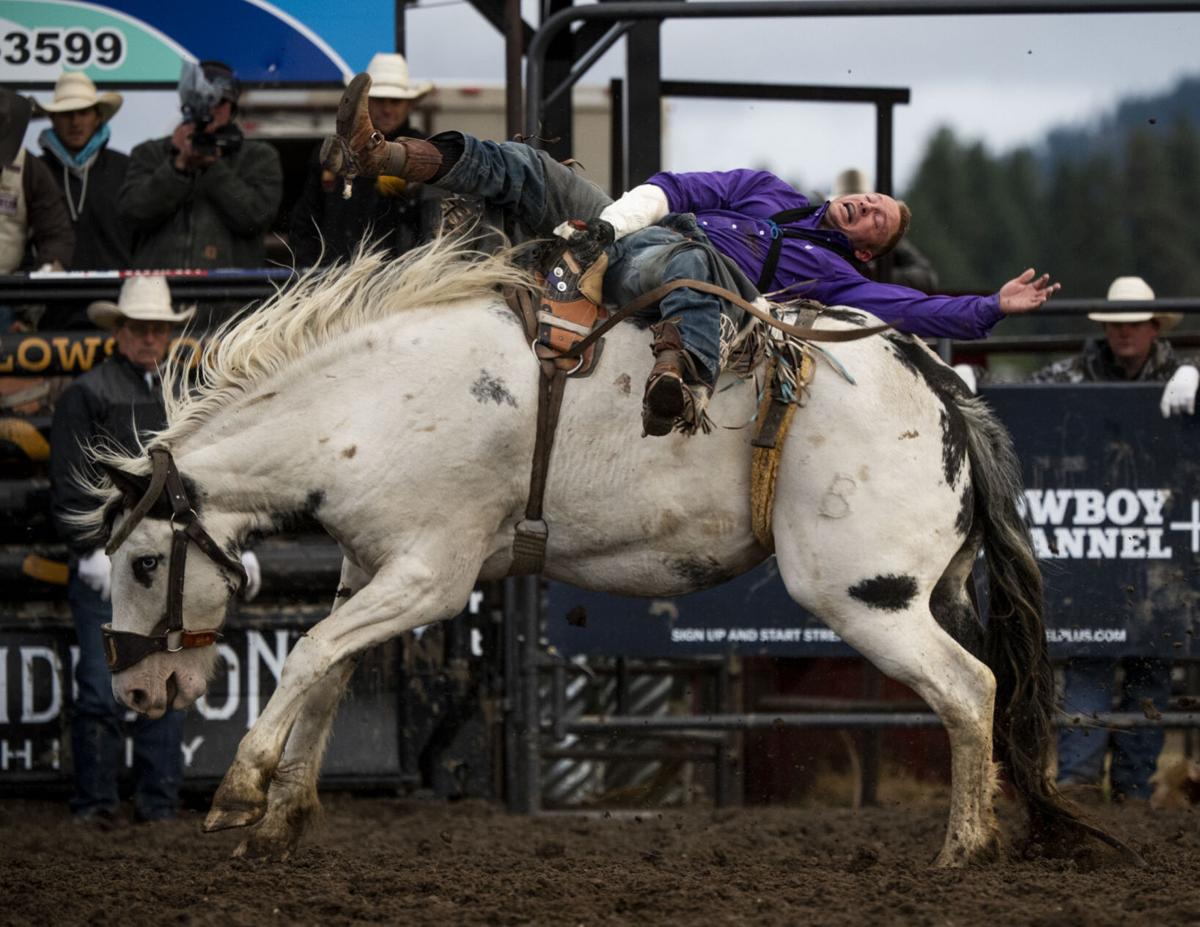 Craig Wisehart rides Bunny Hugger in the third section of the Yellowstone Riggin' Rally at the Darby Rodeo Grounds last fall in this file photo.

“There are going to be people coming here to watch this from the east coast, west coast, north and south,” said Bobby Steiner. “This is turning into a destination. The sponsors usually put sponsorship dollars into these things, but they don’t usually show up to the events, but they’re coming here.”

“All of these different sponsors are showing up here because it’s Darby and it’s beautiful,” he said.

“On the national and international level, this is a five-star event,” Steiner said. “From the money put here and how this comes across in the world standings, it’s a major set-up for national’s qualifications. It’s the only event where all these guys get together on the same day. It doesn’t happen any other place other than national finals.”

He’s been to a lot of rodeo arenas in a lot of different states. There’s not one that he believes captures the cowboy way more than Darby.

“It doesn’t get any more code of the west than this Darby arena,” he said. “Of every place I’ve been, this is probably the most cowboy set up of all of them.”

“There’s still a few tickets left,” said Darby Rodeo Association President Cal Ruark. “Sales have really been picking up over the last few days. If people want to be there, they definitely need to get their tickets soon.”

This year’s event is a two-day affair.

“There will be like 25 guys entered in that,” Steiner said. “Six of them will make the big show the next day. It might not be quite as fast-paced, but it’s going to be wild. When you have hungry guys going in to try to qualify to be in with the elite, anything can happen.”

“And then you have those young horses that will for sure get wild and crazy,” he said. “They might hit the chute a little bit more coming out. It’s different, but it’s going to be some good watching.”

The Saturday rodeo gets underway at 3 p.m.

The actual rodeo on Sunday has been pushed back to 6:30 to allow the Cowboy Channel to televise it live in major markets across the country.

“They thought so much of Darby and this event that they wanted it in their prime slot,” Steiner said. “We have so much support for this. The PRCA is so behind it now. And we’ve got the Cowboy Channel wanting it to be televised live. It’s one of their five-star events and that they don’t have many of those.”

The Steiners host a semi-private Riggin’ Rally at their ranch in Texas. Other than that, there isn’t anything quite like this anywhere else in the world.

“They don’t have another one of these in Montana,” Steiner said. “As far as a rodeo event it is as big as they have in a five-state area. These guys can win as much here as they can go win in Cheyenne, which is a huge event with lots of history.”

Ruark and Steiner are planning a Calcutta where people can purchase a rider for $1,000 with a chance of winning $15,000 if their pick finishes first and $7,000 for second place. The rest of the money raised will go to the Cowboy Crisis Fund that helps pay expenses for rodeo participants who are injured. They also plan to raffle off a replica of the Darby Riggin’ Rally championship buckle for the fund.

The excitement from last year’s Riggin’ Rally has put a new focus on all the rodeo events happening this summer at the Darby Rodeo Arena, Ruark said.

“The general intensity of what people want to do and commit to this arena and little town has exploded because of this Riggin’ Rally,” Ruark said. “I get new sponsors every day that I’ve never heard from before.”

Steiner is not surprised.

Tickets for Sunday’s event can be purchased at darbyrodeo.org, Darby Wine and Spirits and Murdoch’s Ranch Supply in Hamilton.

If everything goes as planned, the water from the Big Ditch that irrigates 16,665 acres in the Bitterroot Valley will be up and running by the first weekend of June.

This summer, hikers to St. Mary Peak will have an opportunity to interact with foundation volunteers at the trailhead as part of the Bitterroot Forest’s first Trailhead Volunteer Ambassador program.

The Family Shelter of the Bitterroot's Community Meals program will have served more than 9,600 people since September when its season ends this weekend.

On Saturday, June 12, bikers from around the state are expected to gather at the Stevensville Lewis and Clark Park for the culmination of the COVID Run 2021 Skate Park Invasion hosted by Bikers Against Bullies USA.

Whether it’s enjoying the popular hike to Sweathouse Falls or hunting elk in the fall or turkeys in the spring, the Hackett family has been generous in its approach to public access to their ranch.

Bitter Root Back Country Horsemen (BRBCH) and the Bitterroot National Forest are partnering on a trail maintenance project next weekend at the Bass Creek Recreation Area.

Craig Wisehart rides Bunny Hugger in the third section of the Yellowstone Riggin' Rally at the Darby Rodeo Grounds last fall in this file photo.