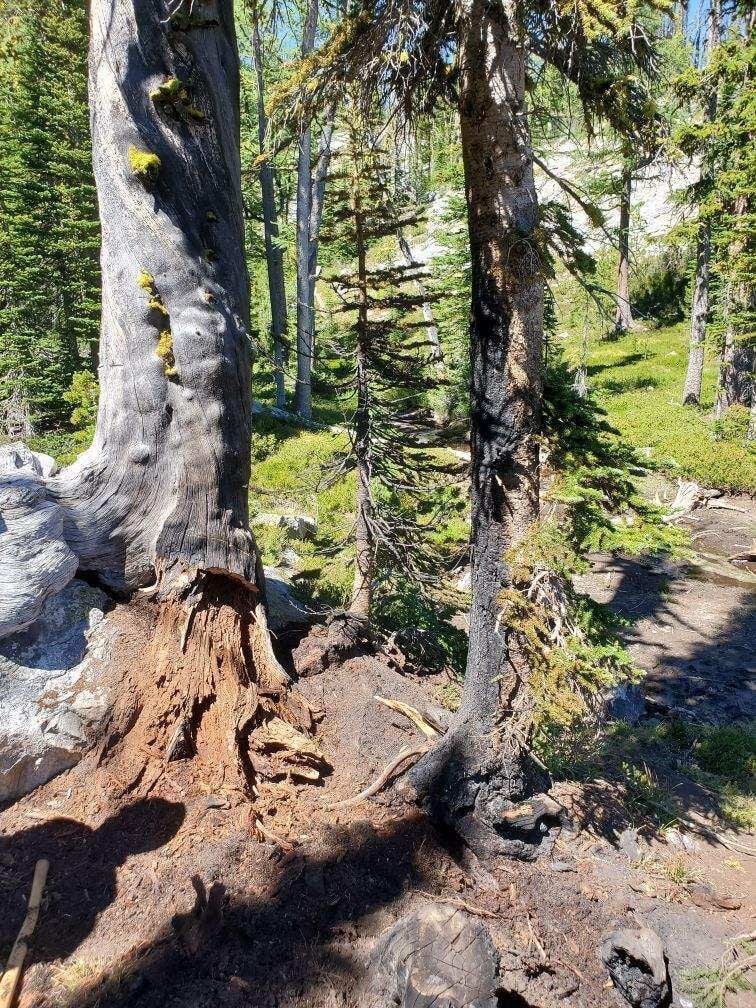 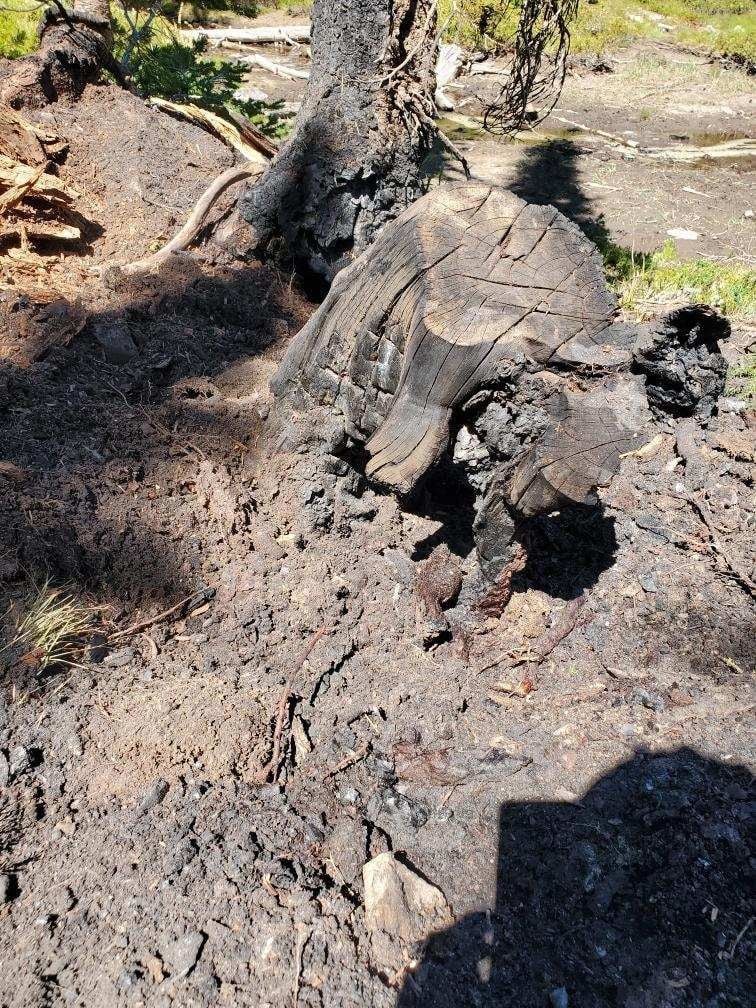 Last Sunday, Roger and Nancy De Haan of Victor decided to take advantage of beautiful weather to take a hike to Glen Lake and the ridge beyond.

Little did they know that decision may have prevented a wildfire.

On their hike, they passed a young couple with backpacks and a large white dog at Glen Lake who were on their way out. The couple told the De Haans they had spent the night at an unnamed lake a bit farther up the mountain.

It took the De Haans about a half hour to reach the second lake. The first thing they saw was a large plume of smoke at the far end of the lake.

There wasn’t anyone else around.

“We hurried over to see what was going on and saw active flames reaching three and four feet up the trunk of a dead pine tree and several dead stumps burning outside a large fire ring,” Roger De Hann said.

The couple wasn’t carrying any equipment to fight a fire. Their quart-size water bottles were all they had.

For the next 90 minutes, they raced as fast as they could between the fire and a nearby creek to keep the flames from spreading.

“We started this kind of relay system,” De Haan said. “I would fill the bottles in the creek and Nancy would dump them. We just kept doing that over and over again.”

Eventually, a young couple joined them. They had a gallon-sized zip-lock bag and a water bladder that they used to carry water between the fire and the creek.

After getting the flames knocked back, De Haan said it became clear the dead pine tree was smoldering from inside its trunk and there was smoke coming through cracks in the ground some distance from the tree. They used rocks, sticks and a small pocket saw to open up the outer layers of the dead tree so they could get that cooled down as well.

The four also pulled up the underground roots of the burning stumps that were smoldering as best they could and soaked them with water.

“After two full hours of hard work and maybe 200 quarts of water, we felt that the fire was under control and we could relax a bit,” De Haan said.

The De Haans ate lunch and then finished their hike to the top of the ridge. When they returned to the scene of the fire, they checked for smoke and determined the stumps, tree trunk and fire ring were cold to the touch.

De Haan said it appeared that someone had left the fire to burn down to coals and then covered it with several rocks without water or soil.

“It looked like the fire went underground, caught the stumps and tree roots on fire and spread,” De Haan said. “If we had shown up an hour later, I believe it would have been beyond our ability to put out.”

The couple reported the fire to the Bitterroot National Forest. The abandoned fire was one of several that were reported last week.

Fire danger on the Bitterroot National Forest is nearing the “very high” rating.

In 2017, four teenagers were charged with negligent arson for starting the Roaring Lion Fire that destroyed 16 homes and cost $11 million to fight.

The fire started four days after the teenagers had left the scene. They told investigators they had attempted to extinguish the fire that had been built in a freshly dug fire pit in a previously unburned spot. The fire crept out of the fire pit in a low-intensity burn before being exposed to wind and heavy fuels.

On Thursday, De Haan said last weekend’s abandoned campfire was the worst he had encountered in his years of hiking the backcountry.

“My message to anyone wanting to build a fire in the backcountry: Please don’t,” he said. “If you absolutely must have a fire, please have a plan for the end game worked out before you start it. For a normal-sized campfire, it will take about 10 gallons of water to properly drown it.

“If you do not want to carry 10 gallons of water to the fire, consider building a much smaller fire, but have your water ready,” De Haan said. “Putting a few rocks on the coals does not do it, especially when there are dry roots under your fire. Even the rocks in the fire ring can hide hot embers so you should pull those back before you drown and stir, drown and stir.”

Victor's new fire hall was completed about the same time that COVID-19 shut everything down, which precluded any chance for a grand opening ceremony of any sort.

Bitterroot's 'mountain goat' still has a tower to climb, a record to break

The man that many in the Bitterroot Valley have come to know as “the mountain goat” has his eye on a world record for the being the oldest person to climb Wyoming’s imposing Devils Tower.

Mill Creek Trail and trailhead to close for repairs

The Bitterroot National Forest is planning to rebuild a section of the damaged Mill Creek Trail #364 on the Stevensville Ranger District.

While there won’t be a fair in Ravalli County this year, all of the hard work put in by 4-H and FFA members hasn’t been forgotten.

A Stevensville man was arrested Sunday morning for felony DUI after his pickup crashed into a rock landscape mezzanine at the Earth & Wood business south of Stevensville.

What comes next in NY's investigation of Trump