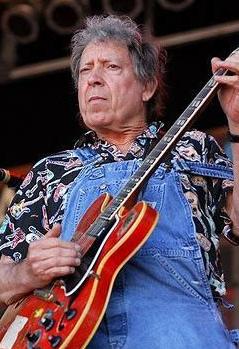 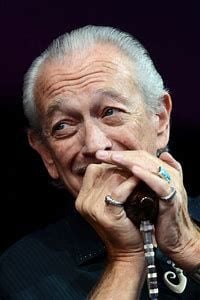 “Charlie played a large role in my love life about 20 years ago,” she said, with a laugh. Ruffner and her husband, Marty, had their first date to an outdoor concert in Bellingham, Washington. “Marty had made an amazing picnic dinner and we went to the concert and basically fell in love in that moment over loose harmonica played by Charlie.”

“We’ve followed his career, met him several times and shared our story,” she said. “He’s one of the finest blues harmonica players anywhere in the world. And he has a very special place in our heart. Twenty years later, we’re still in love and still love him.”

Ruffner said in her new career as a presenter for the Bitterroot Performing Arts Council, “It’s going to be an honor to host him and Elvin Bishop on our stage. It’s a wonderful circle of events that will bring us back to see someone play who we’ve always thought was amazing and then share that with this community.”

“It’s been an extraordinary, well-attended season and we thank everyone for that,” Ruffner said. “From the feedback we’ve received, especially from our long-time subscribers, it’s one of the best seasons they’ve enjoyed.”

The Musselwhite and Bishop show sold out early as local fans are thrilled to witness young-at-heart blues legends on Hamilton’s rural stage.

As young adults and eager learners, both musicians gravitated to Chicago to cut their teeth on rich jazz influences and emerging rockabilly beats in the roughest parts of town. With amazing mentors, fortuitous gigs and influential roommates, both, in their own right, became part of a rare batch of non-black bluesmen who came to prominence in the early 1960s.

In 1966, Musselwhite released the legendary “Stand Back! Here Comes Charley Musselwhite’s Southside Band.” He went on to release 25 albums, receive 35 Blues Music Awards and 11 Grammy nominations as well as be inducted into the Blues Music Hall of Fame. He’s been a recent guest on the albums of such notable musicians as Bonnie Raitt, INXS, Ben Harper and The Blind Boys of Alabama.

As for Elvin Bishop, within 15 minutes of arriving to the University of Chicago campus in 1959, he made friends with the boys working in the cafeteria and was accompanied straight to the blues scene. His new friendship with fellow student, Paul Butterfield eventually led to the formation of The Paul Butterfield Blues Band and groundbreaking introductions of electric Chicago blues to the masses. After recording three albums with the band, Bishop moved on and moved to San Francisco where he became a regular at the famed Fillmore Auditorium jam sessions playing guitar alongside Eric Clapton, Jimi Hendrix and B.B. King.

Bishop’s solo career and touring band garnered awards and iconic songs used in movies and never-ending parties. He has been nominated for inclusion into the Rock and Rock Hall of Fame as a member of The Paul Butterfield Blues Band.

Ruffner has seen Bishop perform many times as well. “Growing up during our college years, any time we had an opportunity to hear Elvin perform, he was the one was sought out because of his phenomenal guitar licks and the way he interprets the blues,” she said. “I’m very exciting to see him play again, because for him, not much has changed over the years. He’s still so incredible.”

On Bishop’s latest album, “Can’t Even Do Wrong Right,” Musselwhite joins him on two tunes, “Old School” and “No More Doggin’,” which are certain to be on their playlist next Saturday. Critics have said the album “hits the target at every turn” and is sure to find a place in the hearts and ears of his longtime fans.

Ruffner also encourages audience members to join the long-time tradition of erupting applause at the moment Musselwhite opens his harmonica cases at the beginning of the concert.

“Marty and I will lead the way,” she said.

As for the last two shows of the season, Judy Collins is a sold-out show in April and only five tickets remain for the Smuin Ballet in March. Waiting lists are being gathered at the Bitterroot Performing Arts Box Office for all three shows.

“We have issued mass emails and posts on social media for all our ticket holders and subscribers to contact us if they cannot attend at the last minute for any reason,” Ruffner said. “We will be able to fill those seats.”

She also said she and her programming committee are working hard to secure stellar talent for next season.

“Mark your calendars for May 4,” Ruffner said. “At our Spring for the Arts event, we will be announcing part or all of the next season of shows and people will have an opportunity to purchase season tickets at that time. If anyone is interested in becoming a season ticket subscriber, we are encouraging you to act early this year as our season tickets sales were up significantly this year and we’re anticipating that same support again this year.”

“We’ve had such a phenomenal season,” she said. “It’s going to be a great year and the future looks very bright. The potential for memorable performing arts experiences in our area is continuing to grow, thanks to so many – sponsors, supporters and board members. I cannot wait.”

For more information on future performances, waiting lists and subscriptions, as well as to purchase tickets for Spring for the Arts, contact the BPAC Box Office inside Signal Square at 127 West Main Street in Hamilton or call 406-363-7946. More information can also be found at bitterrootperformingarts.org.

Haeden Heath Muller, 19, was charged with felony burglary after allegedly kicking down a door and assaulting a man inside his home in the early morning hours of Jan. 23.

Bob and Laurie Sutherlin of Stevensville recently placed a conservation easement on their farmlands that will forever protect more than 300 acres of some of most productive lands in the state.

Lara Weatherly Tomov is on a mission to share the stories of Montanans taking action to benefit both the health of their communities and the landscapes that surround them.

Blinken: No concessions to Russia on Ukraine

Blinken: No concessions to Russia on Ukraine

Fed plans to raise rates as soon as March

Fed plans to raise rates as soon as March