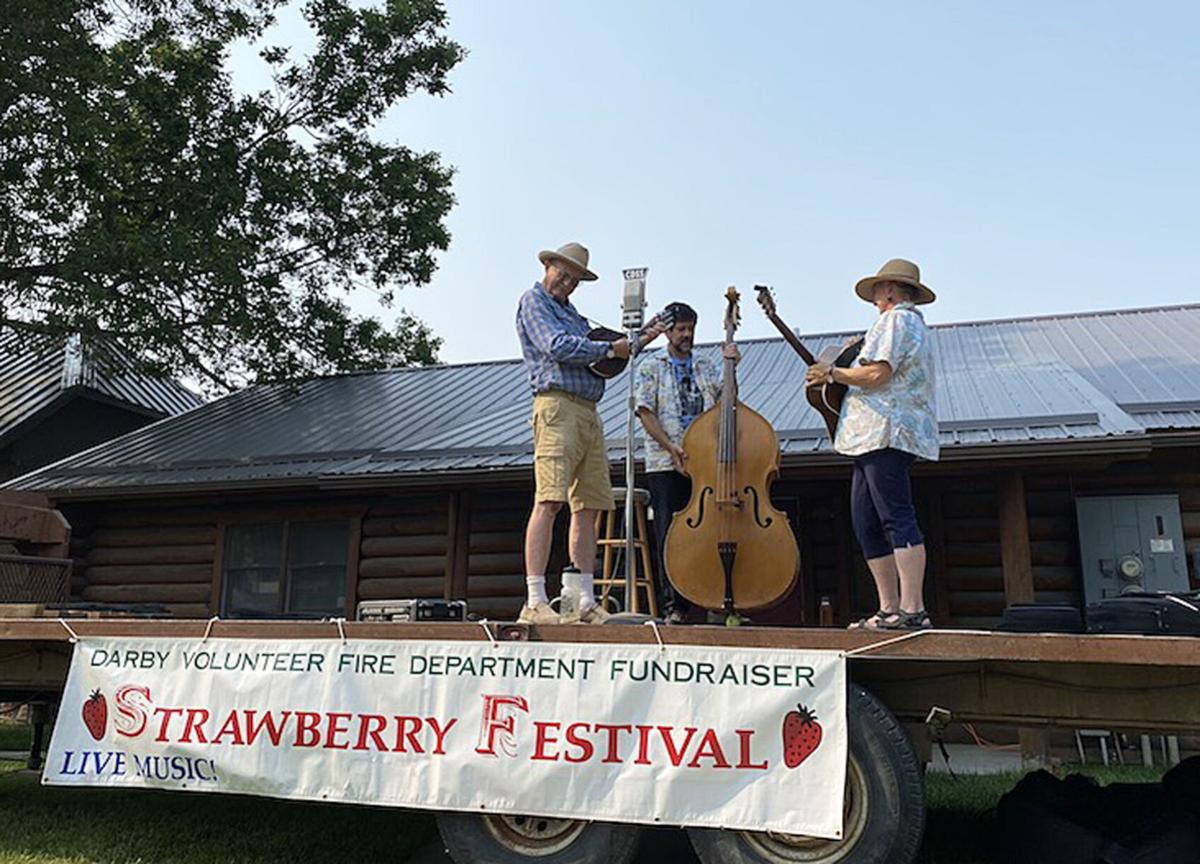 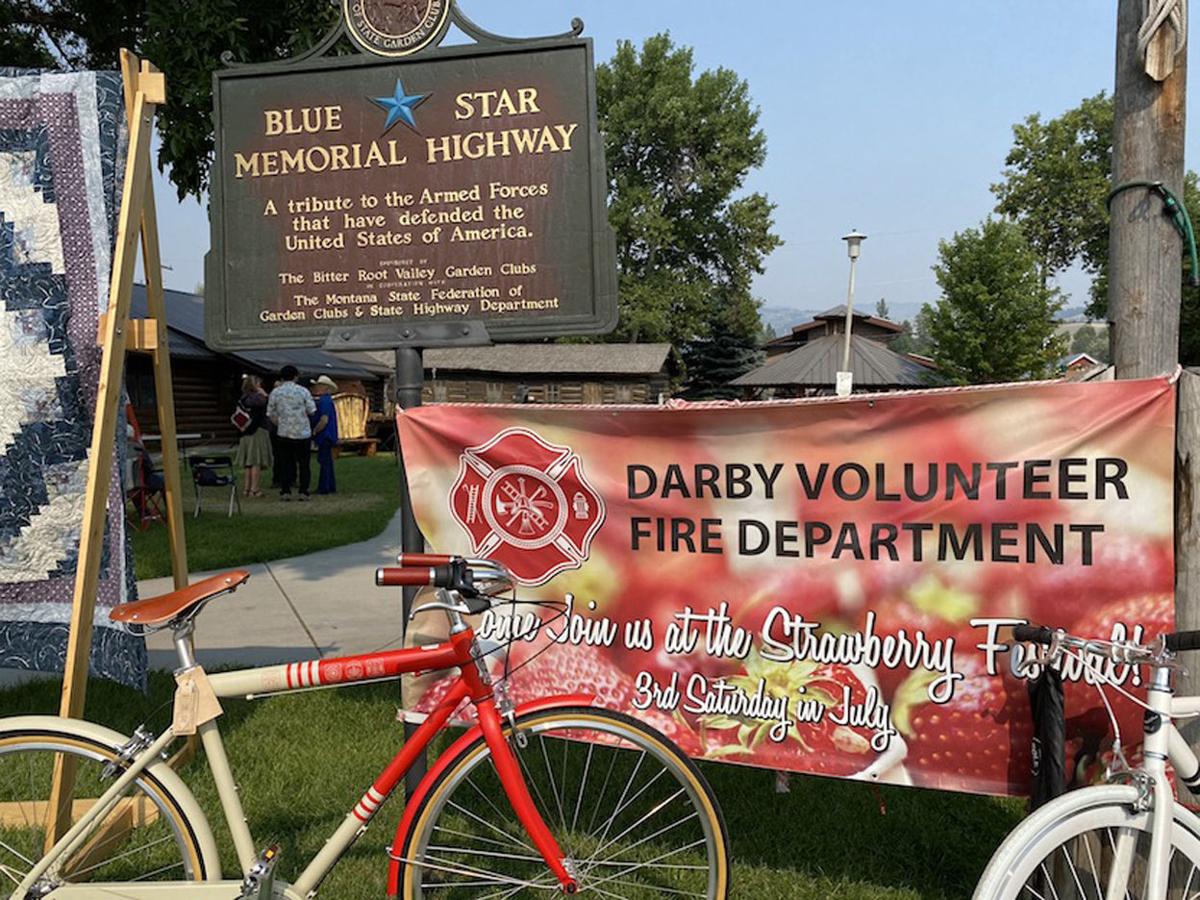 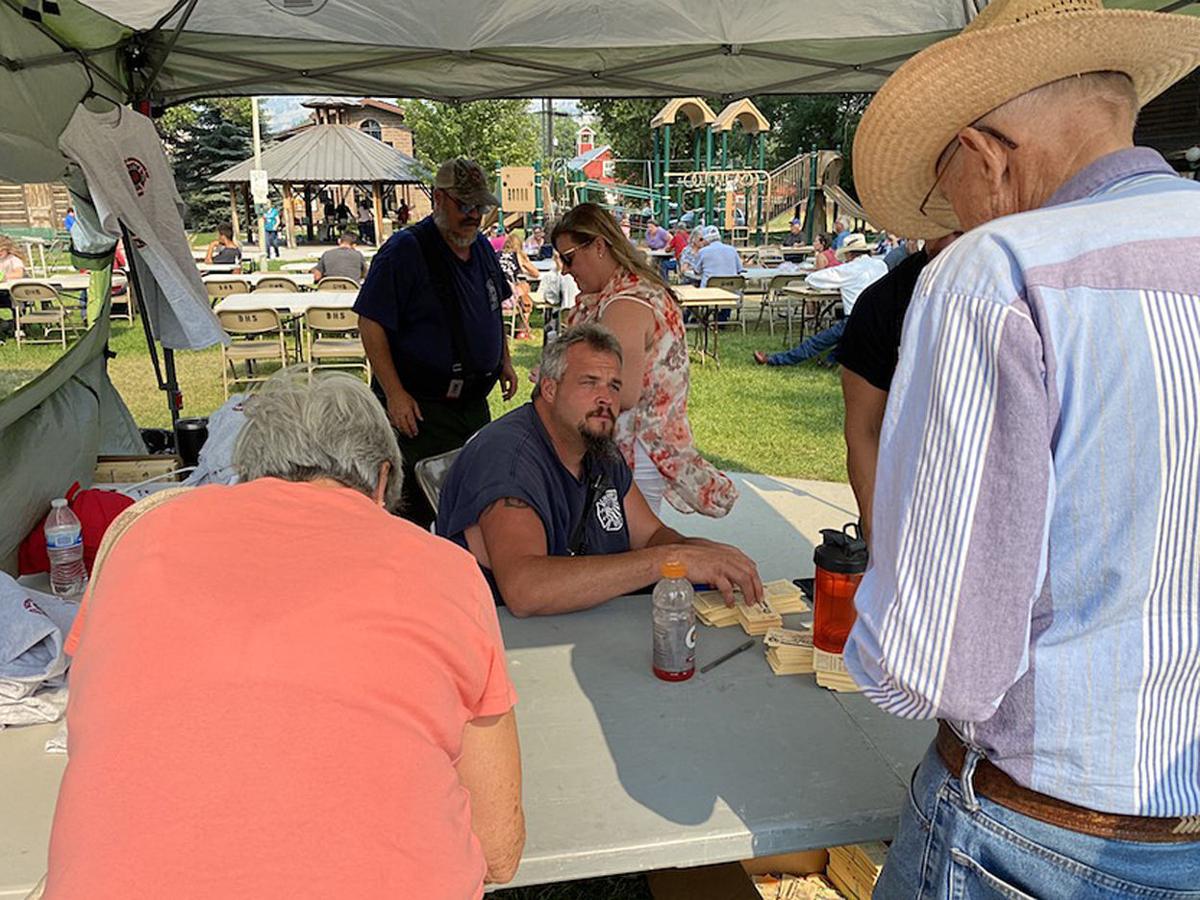 Strawberry Festival attendees sign up for raffle tickets for a chance to win prizes donated by the Darby community and beyond. Tickets were $1, and all the proceeds went to the Darby Volunteer Fire Department to be used for new equipment and other expenses.

The raffle-style fundraiser is the department’s biggest — and only — fundraising event of the year. This July marked the first in-person festival since 2019.

Attendees bought raffle tickets for $1 (or six for $5) to be entered into the drawings. Prizes included strawberries, shortcakes, fishing trips and more. Bands performed live music on the stage up front, and cotton candy was served for all.

“This event is near and dear to our hearts,” said Jereme Feather, a volunteer firefighter. “As a fire personnel, just to see all the love and support of the community is an amazing thing.”

The money goes to helping fund equipment and cover additional costs for the fire department. The star of the show, the strawberries, were donated from the People’s Market in Darby. Other items were donated from small businesses in Darby and as far away as Sula and Victor. Feather said someone even donated from Texas this year.

“As a volunteer service, we don’t get what the paid departments get,” Feather said. “Our chief always finds a way to make the money stretch, but this community support is so important.”

The fire department was founded in 1954, and the annual Strawberry Fest began not long after, said Weston Jones, a firefighter who has been on the force for 26 years.

For a long time, the festival was the only way the fire department made money, Jones and Feather explained. While still accounting for a majority of the department’s budget, now the volunteer firefighters have other ways of generating funds, including collaborating with other departments and federal program funding.

Still, nothing raises money like the Strawberry Fest, the firefighters said.

“We are very fortunate to live in a very giving community,” Jones said.

The firefighters weren’t sure exactly how many people would show up, since tickets were still being bought as the Strawberry Fest began. Both anticipated a good turnout. Around 20 people had shown up by the time the event officially started at 5 p.m., and Jones figured the festival would continue for three or four hours.

The best part of the night is getting to meet — or reunite — with Darby and Ravalli County residents, the two agreed.

“We get to know each other a little better,” Feather said. “It’s a small community, so it’s really nice to see your neighbors come out and support.”

Morning sun cut through a smoky haze Friday as Ryan Tellock jogged into the aid station at Claudia Driscoll Park, finishing mile 16 of 100.

Amanda Mae Mays, 28, of Corvallis has been charged with possession of dangerous drugs and obstructing justice.

Comments sought for proposed repair of bridges south of Hamilton

The Montana Department of Transportation (MDT) invites public comment on their proposal to repair the bridge over the East Fork of the Bitterroot River on US Highway 93, five miles southeast of Conner.

Sapphire Lutheran Homes will host Montana Shakespeare in the Parks this summer with a twist.

Strawberry Festival attendees sign up for raffle tickets for a chance to win prizes donated by the Darby community and beyond. Tickets were $1, and all the proceeds went to the Darby Volunteer Fire Department to be used for new equipment and other expenses.