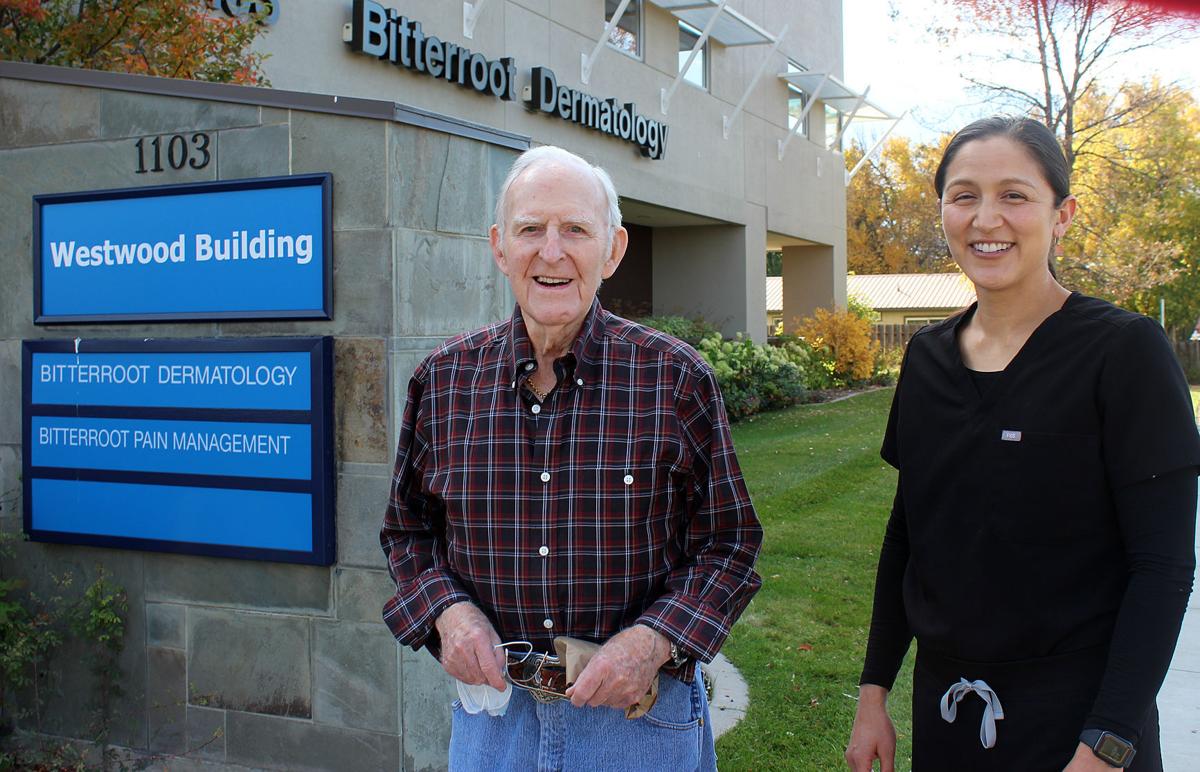 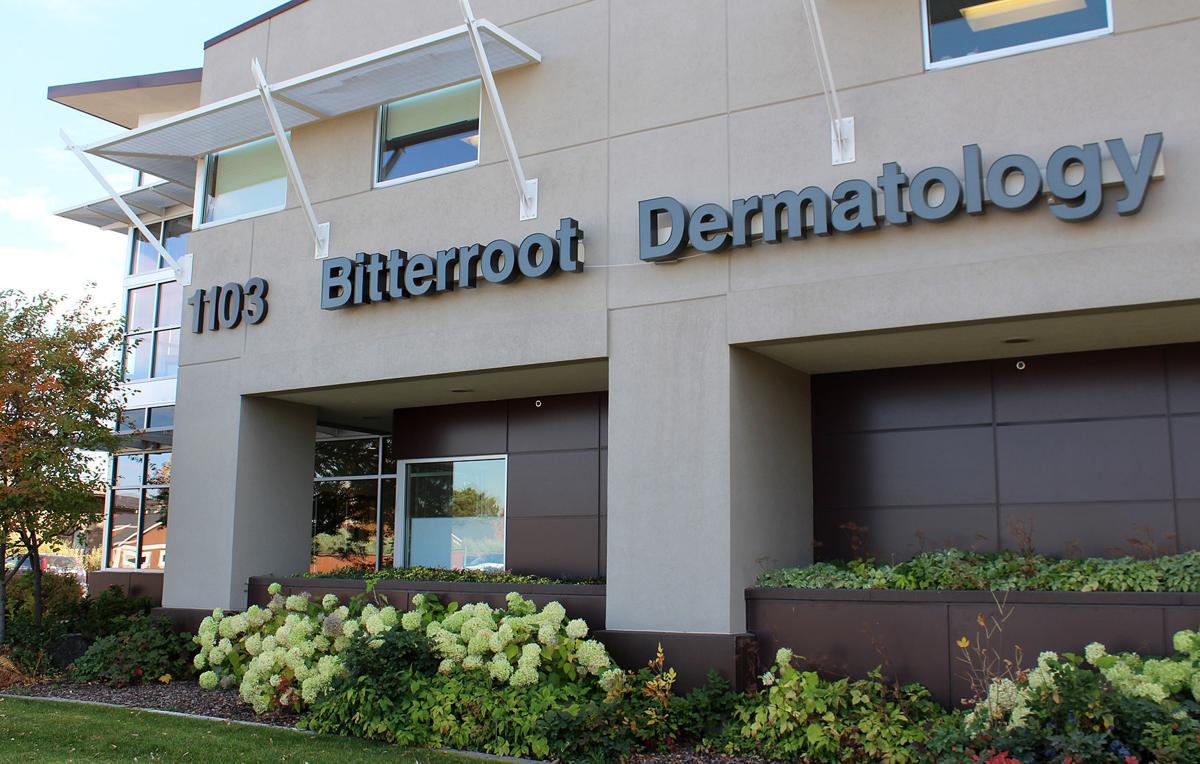 Bitterroot Dermatology Services and Procedures is in Hamilton through Marcus Daly Memorial Hospital.

During his 91 years, John Stuart of Hamilton has logged many beautiful memories of living and recreating all over the world. His career in hotel management lasted 44 years and he met his wife, Bea, when she was a department head for American Express Travel and was arranging VIP excursions.

"She'd been all over the world already, and so I had a built-in tour guide," Stuart said. "She spoke five languages as well and it was fun. When people ask where I've lived, I say 'We've lived from Bermuda to Bangkok, which is true.' In the states, we lived in Florida, Vermont, Alabama and Montana. We had a very blessed, wonderful life. I'm still hanging on."

They were married for more than 53 years and moved to Montana during retirement in hopes that the climate would help Bea's heart condition. John's heart is still going strong, thanks to regular work-outs at the Canyons Athletic Club. But it's skin cancer that's his primary health concern.

"I was a fair-skinned character back in the days when we used cocoa butter, iodine and baby oil to bake us in the sun," he said. "I was out in the sun all the time when I was a kid, was a ski instructor for eight years in Sun Valley and Aspen and we still didn't wear a bit of sunscreen back then."

His first bout with skin cancer was 40 years ago when the Stuarts were living in Vermont.

"There was something on my back below my shoulder and Bea said I should see a doctor about it," Stuart said. "The neighbor doctor said he would cut it out. He did and it worked out fine. I've been putting up with it quite a while."

Stuart then became a patient at the University of Virginia Medical Center with a specialized dermatologist.

"She was wonderful, and she realized we lived 72 miles away so if she had a feeling that it was beginning to be skin cancer, she took it out or froze it, and she was right 99% of the time because she really knew her business," Stuart said. "After 17 years of Virginia, my file was three inches thick."

Over the years, he's had cancerous spots removed 12 times.

When Dr. Angela Covington opened her doors to the Bitterroot Dermatology Clinic in Hamilton, Stuart was her second appointment. He's currently recovering from his latest surgery that was two weeks ago in Dr. Covington's office.

Dr. Covington said that skin cancer is the most common cancer in the United States but can be preventable and highly treatable.

"I recommend seeing a dermatologist for any new, changing, or unusual spots of concern," she said. "Other red flags include pain, bleeding and sores that won't heal. Most skin cancers are found by patients and their family members so it helps to check your skin all over once a month, from the top of your head to your toes and everywhere in between."

She said that while it may be hard to see your back, "try standing with your back to a full-length mirror, hold a hand mirror, and then peek over your shoulder to see the reflection of your back."

Dr. Covington calls John Stuart "every doctor's dream patient. He is kind, a good listener and early to his appointments," she said. "We are all so impressed that he works out at the gym three times a week and is so proactive with his health."

Stuart has been an avid supporter of Sprinkle Pink and the Colors of Cancer campaigns over the years. He has walked the 5Ks, supported Wendy Woods' Team Pink bake sales, and is the unofficial spokesman for Team Black for skin cancer.

"We love having supporters like John who not only give of their time, energy and money to our Colors of Cancer campaigns but also actively encourage preventative check-ups," said Stacie Duce, director of philanthropy for the Daly Hospital Foundation. "He walks the walk and talks the talk and is an inspiration to all he meets."

The Stevensville High School girls' soccer team is wearing Team Black Colors of Cancer T-shirts during warm-ups this month to honor cancer warriors like John Stuart and to remind all of us how easy it is to prevent and treat skin cancer.

For more information on the Colors of Cancer Campaign for a new Cancer and Infusion Center to be constructed at Marcus Daly Memorial Hospital contact the Daly Hospital Foundation at 406.375.4674 or go to MDMH.org/GIVE.

Healthy Hamilton, a subcommittee of Hamilton City Council, is making at-home rapid Covid testing kits available for free to the families of Hamilton School District thanks to a $75,000 grant received from the Montana Board of Crime Control in 2020 to respond to the Covid pandemic.

Antiques and Collectibles sale at the Ravalli County Museum on Saturday

The Ravalli County Museum and Historical Society are hosting an Antiques and Collectibles Sale on Saturday, Oct. 16.

Bitterroot Dermatology Services and Procedures is in Hamilton through Marcus Daly Memorial Hospital.